Mardi Gras, Fat Tuesday, the day that comes before one of the most popular sick days of the year: whatever you call it, it’s a day to indulge. Marked by lavish parades, excessive alcohol intake and plenty of risqué behavior (gotta get those beads!), the debauched celebration takes place on March 1 this year, and in many places, marks the end of weeks-long Carnival festivities.

Mardi Gras is French for Fat Tuesday, a name that reflects the longstanding tradition of feasting on decadent, fatty foods before Ash Wednesday and the religious season of Lent — a six-week period of fasting and moderation observed by Christians before Easter — arrive. So while to-go cups and regrettable choices are the current customs we associate with Mardi Gras, it began with the practice of gorging your little heart out.

The festival season is celebrated in cities around the world, but when Americans think of Mardi Gras they tend to think of New Orleans. The holiday’s connection to the Louisiana city dates all the way back to 1699, when French-Canadian explorers Pierre Le Moyne d’Iberville and Sieur de Bienville arrived south of New Orleans and named a plot of land “Pointe du Mardi Gras” after realizing it was the eve of the holiday.

Below, New Orleans-based author and baker Joy Wilson (perhaps better known by her online moniker Joy the Baker) shares her recipe for New Orleans-Style BBQ Shrimp. She tells InsideHook it was passed down to her by Suzonne Stirling, one of Wilson’s first new friends after she moved to New Orleans.

“She made this for me when I went to her house for the very first time and shared the recipe with me. I haven’t made a single change to it, because it’s perfect,” says Wilson.

Unfortunately, if you were looking to bust the grill out, New Orleans-Style BBQ Shrimp interestingly involves no barbeque.

“This recipe is called BBQ shrimp, but it actually has nothing to do with a BBQ whatsoever. It’s flavorful, smoky, buttery and it’s actually really easy to make, but it’s not BBQ’d,” she explains. “This dish can come together in one pot, so there’s no need to fuss with it a lot. You can just shake the pot around on the stove while you cook it. If you’re multitasking and drinking with your guests while entertaining, it’s the perfect dish to make.”

The dish combines myriad spices and herbs, clam juice, that special butter sauce, a cup of beer and some hefty shrimp — the star of this Southern fare.

“If you are in the South, you can enjoy Gulf shrimp, which we take a lot of pride in,” notes Wilson. “The shrimp is the main part of this dish so it’s nice if you can get nice large, fresh shrimp. We have access to good shrimp down here in New Orleans so that’s easy. If you don’t have access to fresh shrimp, I’d get the largest shrimp you can at your grocer, with the shells on.”

If you are looking to serve New Orleans-Style BBQ Shrimp at your next gathering, Wilson explains you’ll have to make the recipe twice, or however many batches it’ll take to feed your guests.

“If you want to double this recipe, make it twice. This recipe does not double well and the sauce separates. Make it in batches.”

Oh, and make sure you have a boatload of napkins on hand.

“I like to cover the table with butcher paper and have lots of napkins and wet wipes available,” adds Wilson. “Serve this with bread, and eat it with your fingers. It’s messy, but so fun and good.”

Just as Mardi Gras should be. 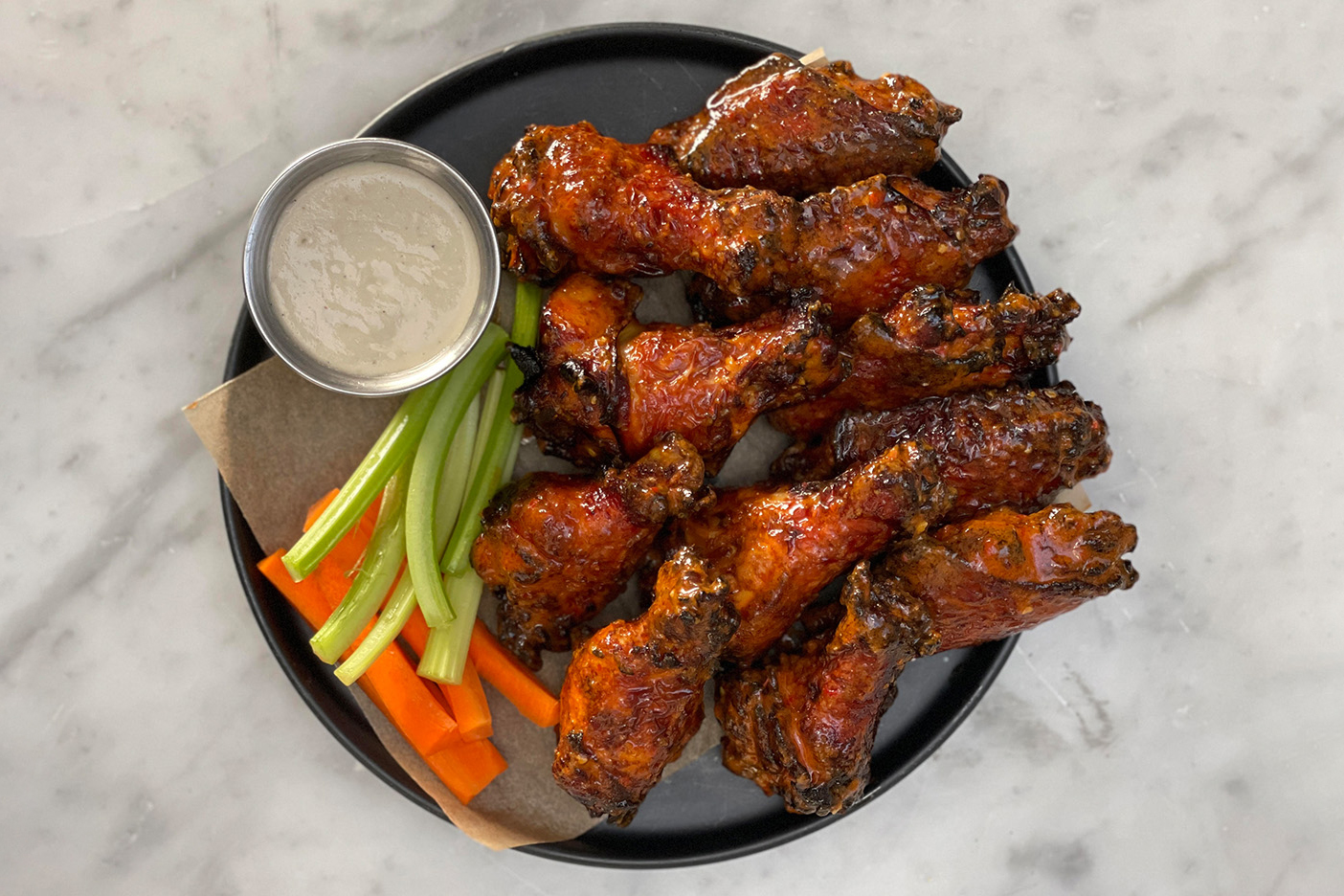 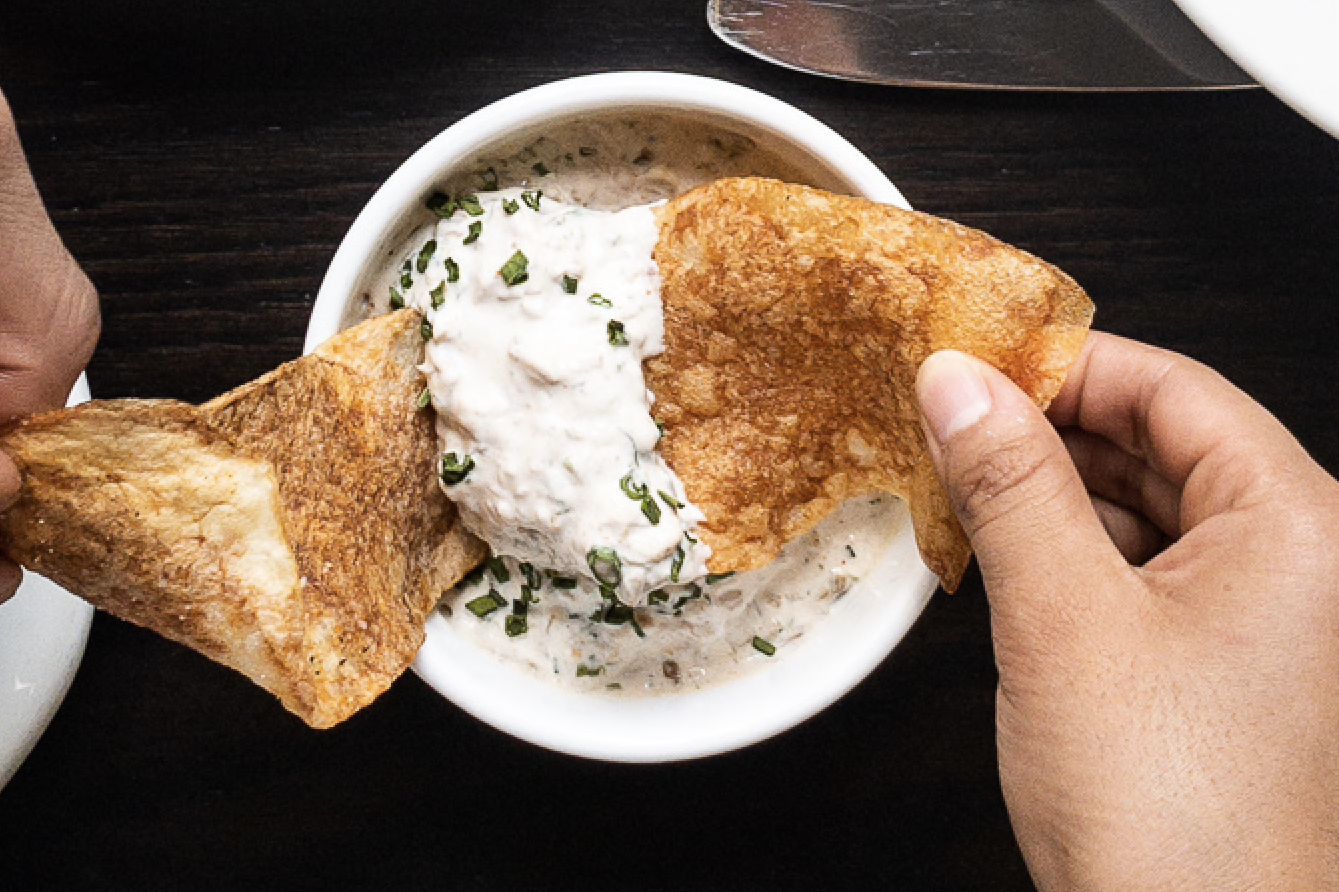 Clam Dip Is an NYC Icon. Here’s How to Make the City’s Finest Rendition. 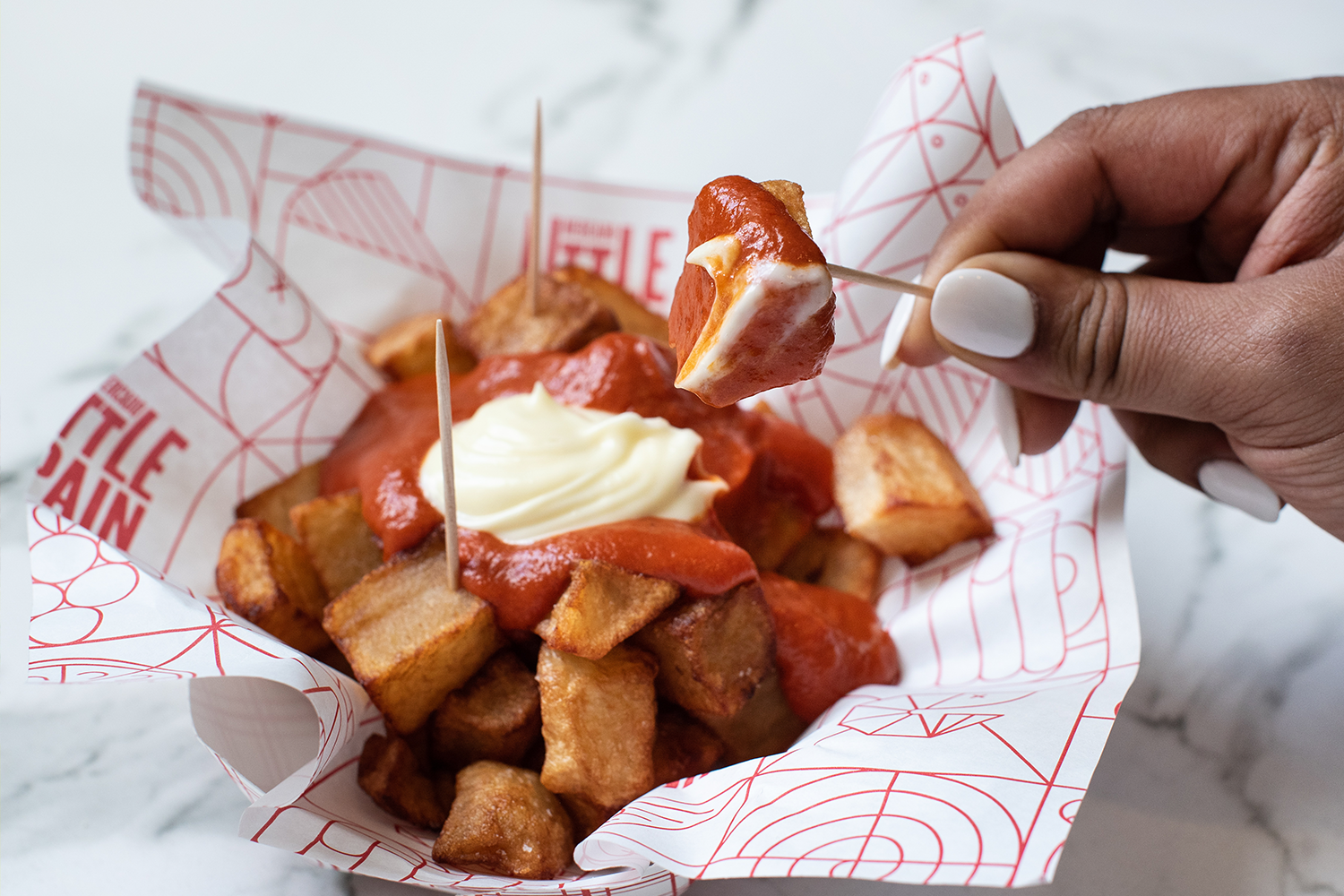 How Jaleo Makes Patatas Bravas, The Essential Spanish Side Dish