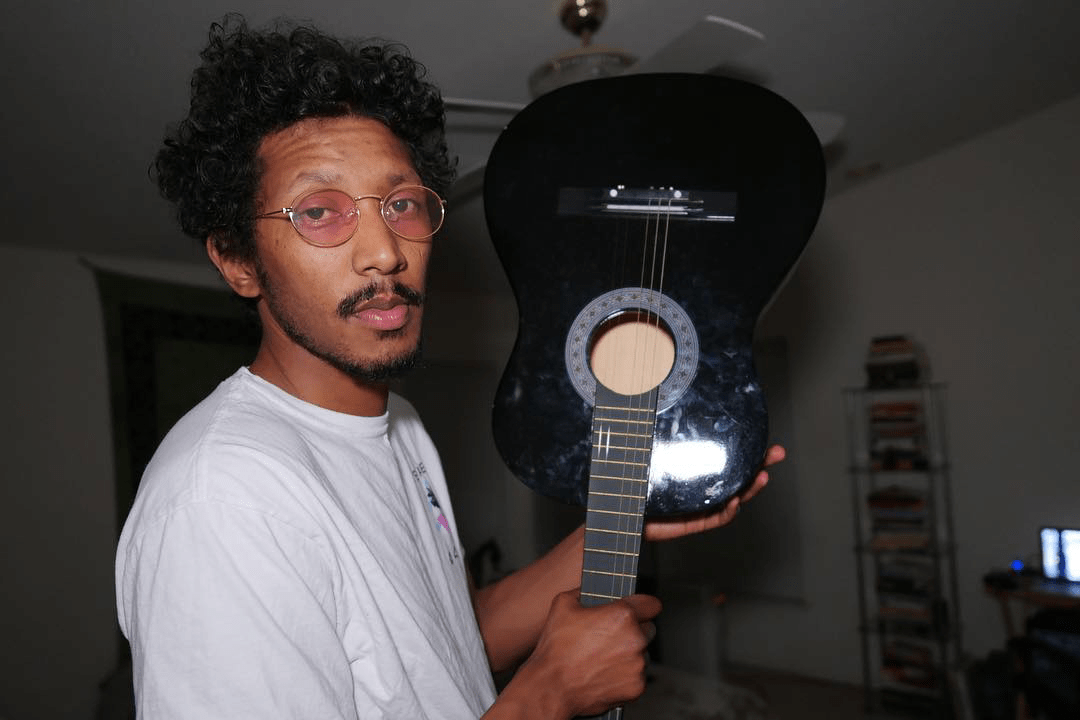 You may not know Tone Oliver by name. But there's a good chance you've seen him.
Jesse Preciado / Instagram
By Diane Rommel / October 10, 2019 8:53 am

Antonio “Tone” Oliver may be BART’s most famous rapper.

He’s the L.A.-born, Oakland-based hip-hop artist (and past Issa Rae collaborator) who made headlines last month as BART’s “$200 a day” busker (see below for his take on that).

So what’s it like, building your music career on a stage moving 35 miles an hour? We talked with the MC about his first day on the job, his preferred BART route and what makes a good BART song. (The “fast and vulgar” ones are out.)

Plus, his recs for where to experience the Bay Area at its most creative.

InsideHook: How did you start performing on BART?

Tone Oliver: A buddy of mine, Drew Money, suggested I should do it after I opened up about having a hard time financially. At first I thought I was too good for BART — once I got past that, it was straight-up fear. I remember my first day was like job training. I shadowed my buddy as he got up in front of a random car and began his spiel: “Good afternoon everybody, my name is Drew Money, the young humble billionaire, and I want you to feel good …” I was in awe of his confidence. After a few times, he put me on the mic and actually introduced me, and I just did my thang. Once I started rapping, all the nerves went away. I was on stage — my comfort zone. I made a few bucks, but more importantly I saw people smiling and reacting. That was what really sold me: rap for people, get immediate feedback and earn an honest buck. I was sold! Been doing it ever since.

Did you grow up taking BART?

I’m from L.A. originally. I’ve been in the Bay, mainly Oakland, for five and a half years. So I didn’t grow up taking BART, but when I first moved here, it was my main source of transportation — BART and my skateboard.

How did BART figure into your life?

I always saw the turf dancers, but never musicians. Never paid it much attention, other than when it was right in front of me. I couldn’t help but be amazed that they could do all that while keeping their balance. I could barely stand straight on BART, with all the hard, random stopping.

Before I started [performing on] BART, I was doing Uber and Lyft. I’d just moved into a new place in El Sabronte. I was super excited about my new home, but not even a month went by before my money slowed up. I was now responsible for a higher rent than ever before — I figured if I just drove all the time, it would work out. Well, rides slowed up, and I wasn’t happy doing it — and that is always the best way to find other things to do with your time.

I’ve always been a happy-go-lucky guy, so when I was going through this bout of sadness, I didn’t really know what to do. For whatever reason, I thought sharing my state with the internet would be a good idea. I told my followers that I’d been struggling financially — which usually trickles down to some type of mental stability issue for me. Whether it’s anxiety, insecurity, depression … I’m not too technical with the terms, but I know I can get pretty low when I can’t see a way out of a monetary hole. I’m actually in one right now because I’ve put all my eggs in my BART basket — and honestly, since the Chronicle article, I’ve yet to make that “$200” they decided to put in the headline, against my wishes. I’m currently looking for another source of income, but I’m still doing BART — it’s about much more than just donations. The connections, relationships and opportunities are still very valuable for me. There’s no price you can put on the joy it brings people, and in return brings me.

Do you have a favorite among those moments?

One that sticks out is a time when a little girl — she had to be about six or seven — just stared at me the whole time. Her eyes were super wide, and she had a huge smile through out my performance. It almost threw me off a few times. She didn’t know who I was, but she was looking at me like I was the biggest star in the world. It really made me feel like my work matters. After [my show], she begged her grandmother to give her a dollar, so she could donate to me. I will never forget that moment. That kinda stuff you can’t put a price on.

Do you have a preferred route, or do you mix it up all the time?

I used to love the Fruitvale-to-S.F. route, but now I do Richmond to S.F. They’re both great, but I just started seeing too many of the same faces, so I decided to switch it up.

How worried are you about the possible crackdown against performing on BART?

I’m not. What we do is street art. It’s like graffiti. There’s no law in the world that can stop it. The most anyone can do is put a sign up — which there already is — and people who are so upset will call the cops, which some do now. We are not hurting anyone, robbing anyone, or causing any trouble, plus we are in and out pretty fast. I would love to work with BART to help them understand the cultural importance of what we do.

If an artist can utilize BART as a platform to kickstart a career — in an area where most of them can’t even afford to live — then that is a blessing, not a burden. I moved out of Oakland because I couldn’t afford it. Most artists move to L.A. because of the opportunities, and it’s cheaper than the Bay.

How has BART shaped your music?

BART has helped me be a better writer and performer. When I first started, I was rapping songs I already had, but one was two slow — it didn’t get the people moving. The other one was too fast and vulgar. I had to find something that not only was a good pace, but something that everyone could relate to. BART isn’t just hip-hop heads — it’s elders, youth, white, black, gay, straight … I mean literally every demographic the Bay has to offer is on BART, and for me that was a beautiful challenge. I felt that if I could make the commuters of BART happy, then I could make better music for the world. Eleven songs later, I have an album I’m working on, all around these ideas built while performing on BART.

It breaks through our perceived prejudices when a tall black man with a mic and a speaker gets up in front of a car full of older white men and leaves them pleasantly surprised at how much they enjoyed some hippity-hop.

Do you think the Bay is still a good place for artists?

The Bay is a great place for artists. Although big money is trying to destroy the culture that draws so many people here, I believe there is still a beautiful energy [here], which vibrates through the entire Bay.

Some short-answer questions. What’s your favorite place to experience art in the Bay Area?

My favorite place for art in the Bay is an event I go to once a month called Second Monday’s. It’s an open mic at Red Bay Cafe in Fruitvale. The talent is amazing.

What Bay Area artist inspires you most?

Langstyn Avery. He’s a comedian who hosts a bunch of events throughout the Bay. I also love Majestic June, a curator and singer. And Tayleur Crenshaw, another curator. All of my favorites are those bringing people together in special ways.

Find out more about Oliver’s work here. Or maybe you were looking to support an artist with a T-shirt purchase?