Don Your Bibs. These Are LA’s 7 Best New Burgers. 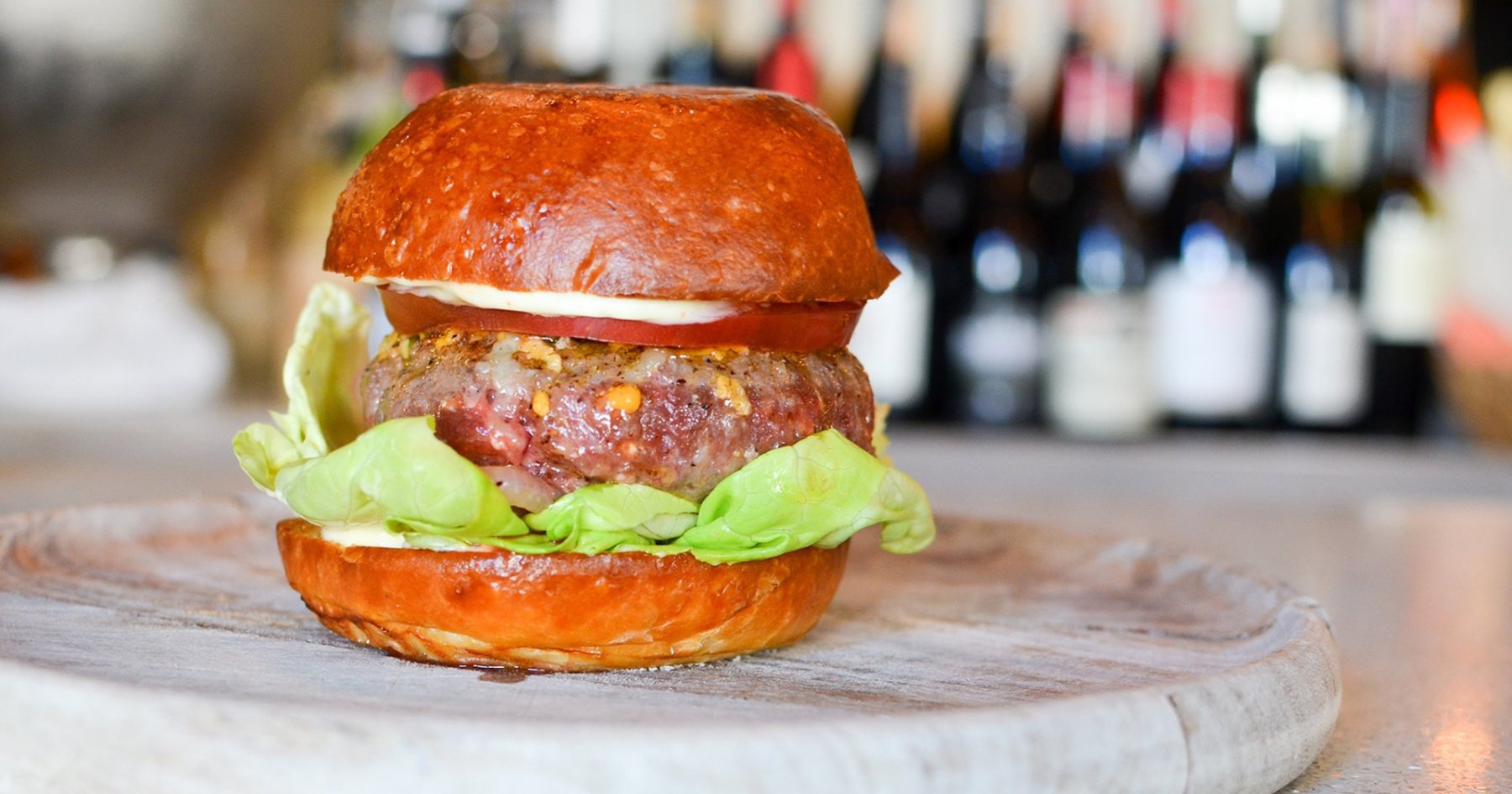 If there’s one thing any recovering carnivore — er, vegetarian — will tell you, it’s that they miss hamburgers.

And for good reason. The all-American staple is tried, true and open to interpretation.

That also means it never gets old.

Case in point: we recently put seven of the newest hamburgers in town to the test.

Some are from new restaurants, others weekend pop-ups. One’s even part of a monthly series, so you need to act fast. 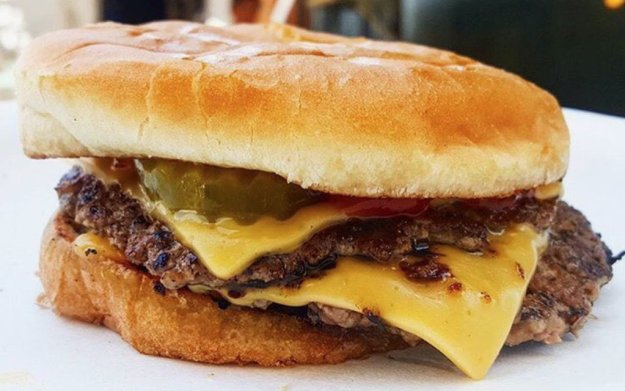 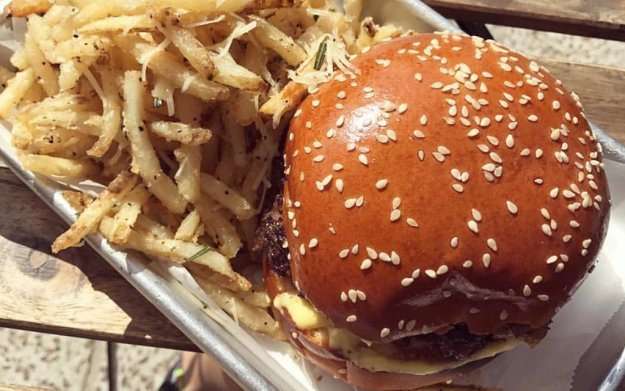 Beacon
Echo Park
The 100-percent Wagyu beef at Beacon comes on a brioche bun with caramelized onions. It’s hands down the most decadent thing on the menu at this little café on Echo Park Lake. Add the gouda and a side of rosemary fries. 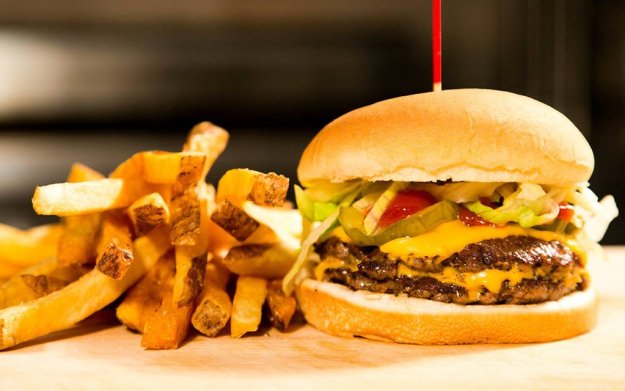 HiHo Cheeseburger
Santa Monica
The famed Ojai concern packed it up and moved to Santa Monica, bringing with it a Wagyu chuck patty double-stacked and encased in cheddar cheese, then dressed in onion jam, lettuce, pickles and ketchup. It’s delicious. 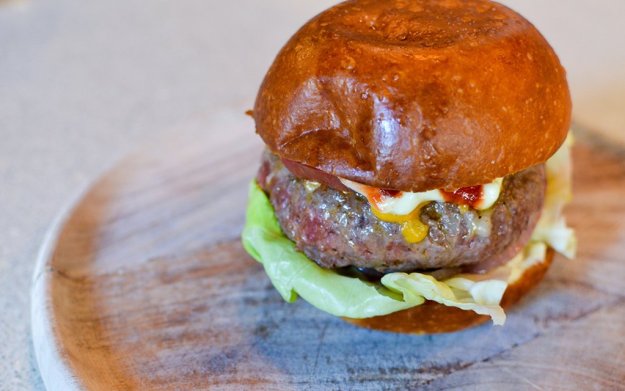 Esters
Santa Monica
Esters does a next-level burger night on Tuesdays. Their standard is a  five-ounce grass-fed burger on a freshly baked Milo & Olive brioche bun, topped with crisp butter lettuce, heirloom tomato, grilled red onions, American cheese and “Esters special sauce.” Once a month, a local chef comes through and does a guest burger. This month (10/17), chefs Chris Flint and Ashley Abodeely of NoMad will present their chicken burger, done with truffle mayo, foie gras and frisee. Order a bottle of wine and kick it on the patio. 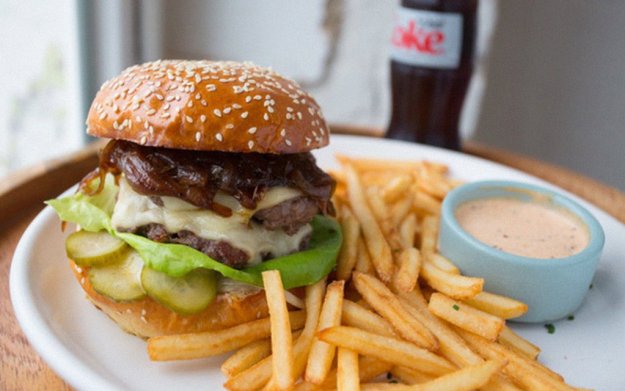 Great White
Venice
Every time you see the waiters deliver the burger at this new beachy café, diners turn their heads to catch a glimpse. It’s on a buttery, seeded bun, and is about as close to a backyard burger as you’ll get indoors. 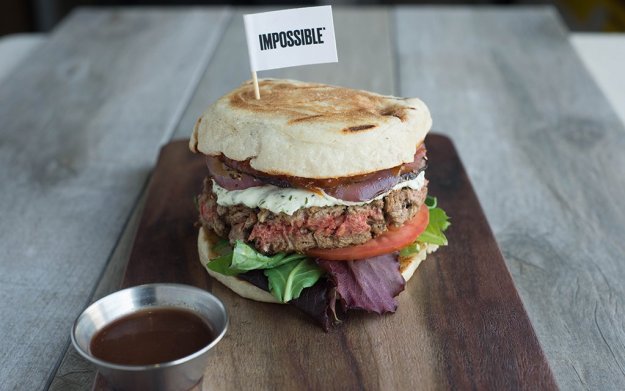 The Impossible Burger at the Counter
Citywide
Before you snobby carnivores recoil at the notion of a plant-based burger, know that the Impossible Burger bleeds like real meat, is made of only five plants, and has the flavor and fatty consistency of the real deal. Only no cholesterol, no animals killed and no harm to the planet. As populations continue to rise and American health continues to wane, delicious innovations like this will be necessary. Embrace it. We’ve had it at Momofuku in NYC and at Crossroads, but The Counter’s is best, because you can have it prepared as you like it. 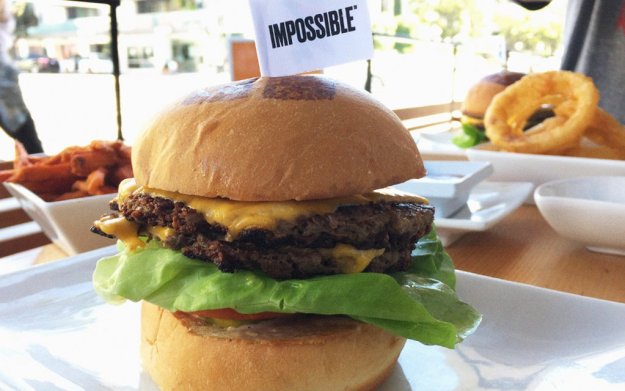 The Impossible Burger at Umami Burger
Citywide
Umami is also now carrying the Impossible Burger, and they do their patties thinner, cook them crisper, and make it very similar to In-n-Out’s double-double. Just to drive the point home: this veggie patty needs 96% less land, lowers greenhouse emissions by 87%, and uses 74% less water — all while tasting as good as the animal version.