The acclaimed photog is only 23 years old, but you’ve definitely seen his snaps

Chicago photographer Vashon Jordan Jr. was born to document the city he loves. He started snapping images as an adolescent growing up in West Pullman, using a disposable camera and training his eye to recognize authenticity and stories within those images. By the time he was in high school, he had built a social media following from his city snaps. In college, he became the first photography intern for the Chicago Public Schools.

During the summer of 2020, he took over 17,000 pictures of the Black Lives Matter protests, ultimately paring them down to 117 and publishing a book, Chicago Protests: A Joyful Revolution, in the fall of the same year. After he graduated from Columbia College Chicago, he snagged a photojournalism internship with the Chicago Tribune. Currently, he works as the staff photographer for J.B. Pritzker, the governor of Illinois.

From basketball court portraits to Lollapalooza, City Hall and magical shots of the L, Jordan has glimpsed every corner of Chicago. We recently caught up with him to talk about his work and which of his photos he believes sum up the best city in the world.

InsideHook: What inspires you as a photographer? Do you think your work would be different if you weren’t in Chicago?

Vashon Jordan Jr.: There have been so many different types of photography that I’ve  been able to get a taste of: Chicago public schools, the mayor’s office, crime scenes, parades, the governor’s office. Doing photography has exposed me to parts of the city that I’d never seen. Going to a crime scene while it’s still fresh is an unforgettable experience. Seeing the highs and lows of the city has helped me understand it more. It’s hard to answer if my work would be different in another place. I was born and raised in Chicago, I went to school in Chicago. We have a very specific culture — food, phrases, music — that you don’t find any place else.

How would you describe Chicago to someone who has never been to the city?

I’d describe Chicago as a city of culture, a city of beauty. It’s a one-stop shop — whatever your heart desires, you can find here. I was at the Hancock building and looking out the window, looking at the miles of shoreline, the architecture — it’s so beautiful. People come here to vacation, but I get to live here. We have world-class cultural institutions, a national monument. We have everything.

Your book helped create a whole other image of Chicago. Why do you think positive imagery is so important for the city?

Chicago is a beautiful city that is full of love, light and joy. My camera captures this city’s essence in the exact way that I see it. With my book, I never intended to focus on the joy found within protests; I was fully ready to show whatever came my way without suppressing negativity. After photographing dozens of protests, then sitting down looking at the thousands of photos captured, I noticed a consistent theme of joy, with love at the center of the movement. My goal is to showcase authentic Chicago stories without having the burdens of trying to obtain clicks or eyes, which typically calls for negativity to fuel the interest.

We asked Jordan to select six of his images that, for him, define the city. Here’s what he chose.

The basketball shot was for Black History Month, it was to showcase Black joy. Complete strangers all met for this game in a playground. They had different personalities, ages and styles, and they were brought together for this shoot. The photo shows the power of the city and basketball. The energy, the smiles, people coming together — that really defines the city.

The Adam Toledo memorial  is the spot where he was shot by the police. A young boy walked in the frame and I captured it because Adam was only a few years older (13). The life cycle in Chicago was what I thought about. The story of Adam where he was caught with a gun (and killed by police when he raised his hands after dropping the gun) and seeing a boy from the same community, around the same age, made me think about the city’s violence. As beautiful as Chicago is, we have to acknowledge the ills.

I like to call this photo “The tale of two cities.” It speaks to how Chicago is so divided at times. People were out in the street protesting for their needs and the suffering they’re dealing with while people not impacted by it are sitting, enjoying brunch. You see the disconnection. 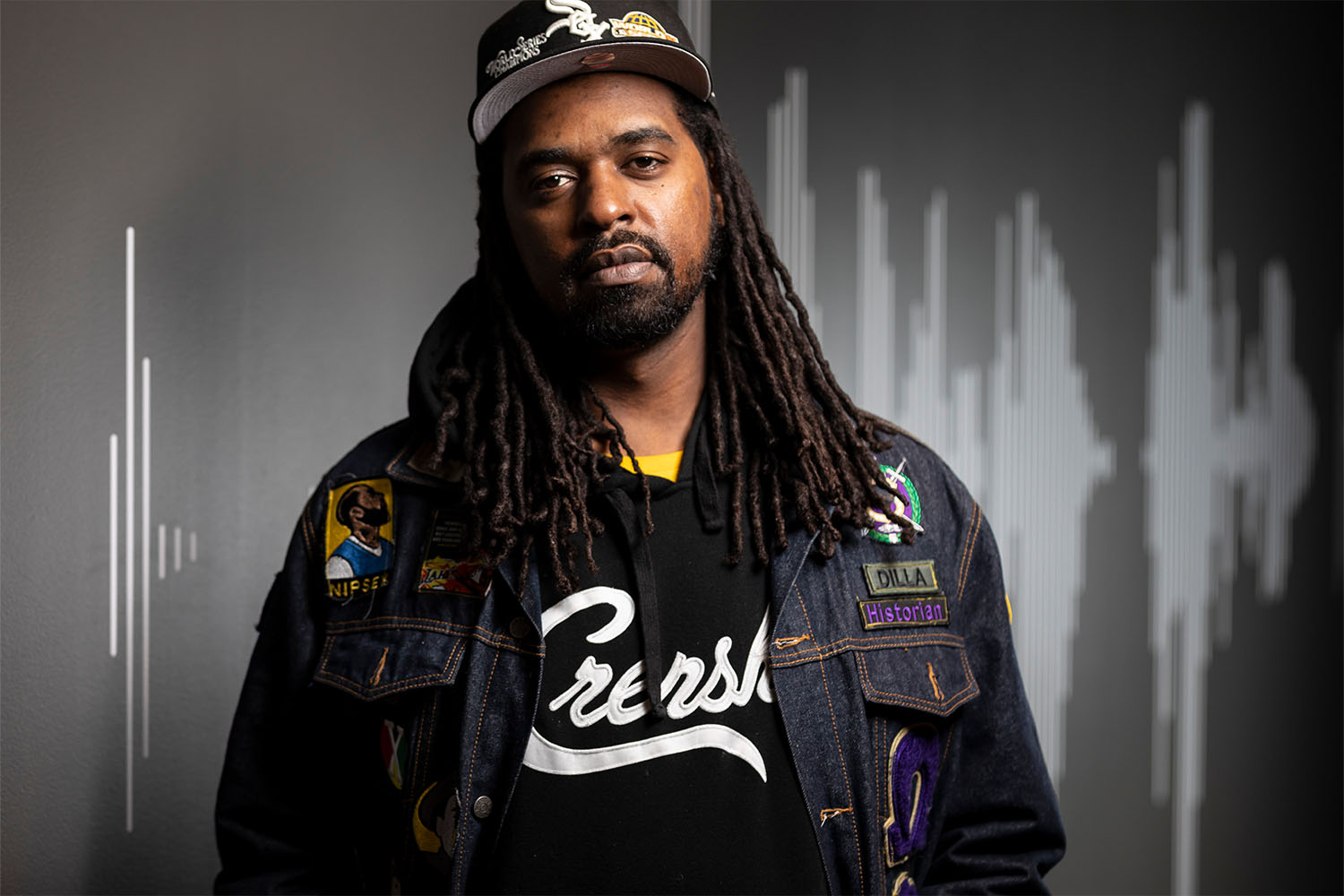 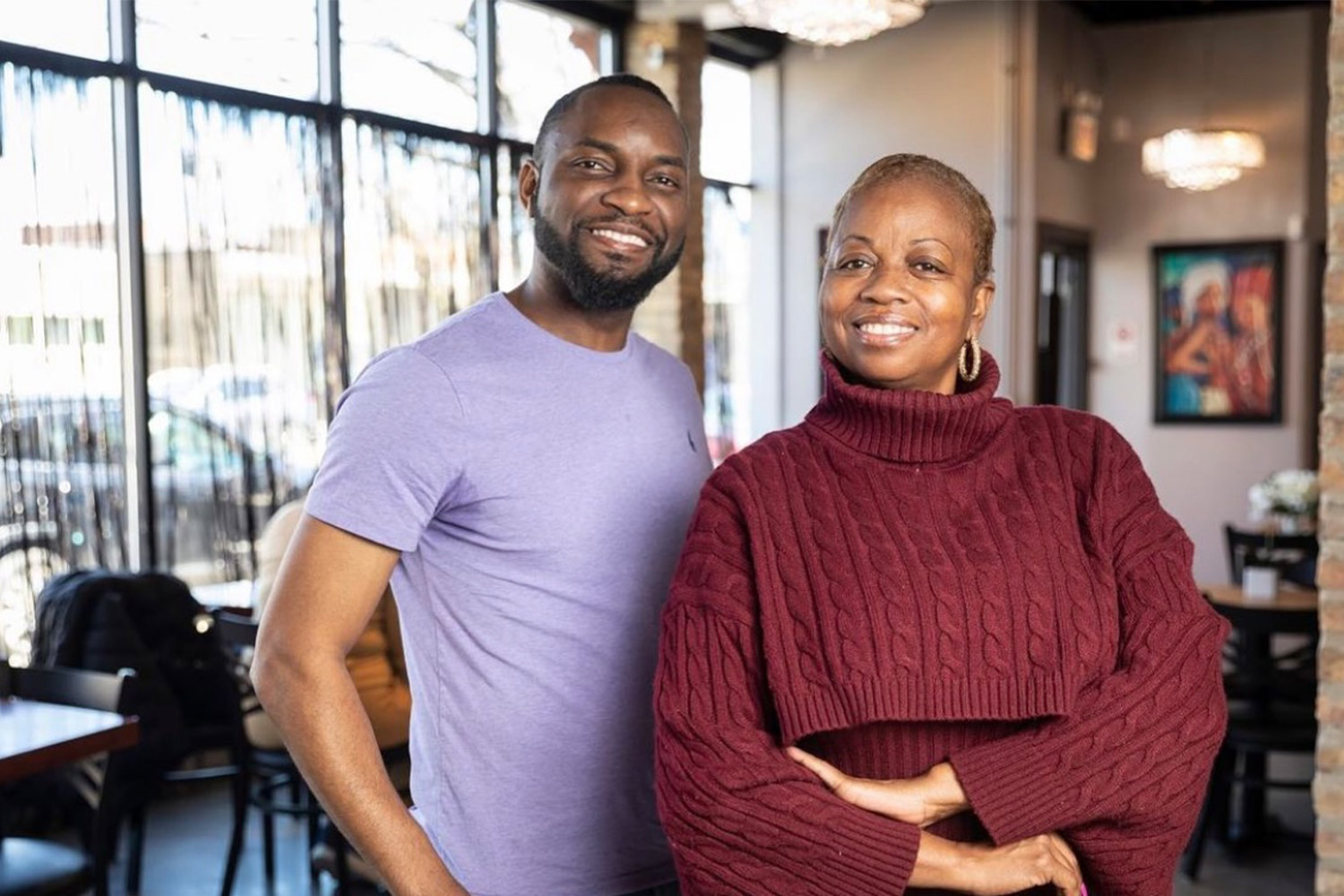 Sunrise on the L was captured on the West Side and shows two iconic Chicago landmarks, the L and the Sears Tower [now called the Willis Tower]. A lot of people say it references Batman and Gotham City, but there aren’t any effects — this is actually how it looked. This shot reminds me of how I would take the L from Kennedy-King College to the Loop and how much the city’s neighborhoods changed in those 25 minutes.

This shot was taken in St. Sabina Church after Father Pfleger returned after the allegations of  abuse. This shows the faith community in the city. A lot of people talk about faith, but the church is very involved in politics in Chicago.

This was Mexican Independence Day, and the celebration took over the Loop. From the Chicago River to Columbus and Wacker Drive, cars and flags were everywhere. Michigan Avenue was a parking lot from Millennium Park to the river. A DJ in a pickup truck was riding around, and you see this guy footworking in the middle of the street. It’s Black and Brown cultures having a good time, and that’s so Chicago. It shows solidarity and joy in the Loop, which is usually for tourists. People from Southwest Side neighborhoods came to the Loop and reclaimed our spaces and our city.