How Well Do You Really Know Chicago’s New Cannabis Laws? 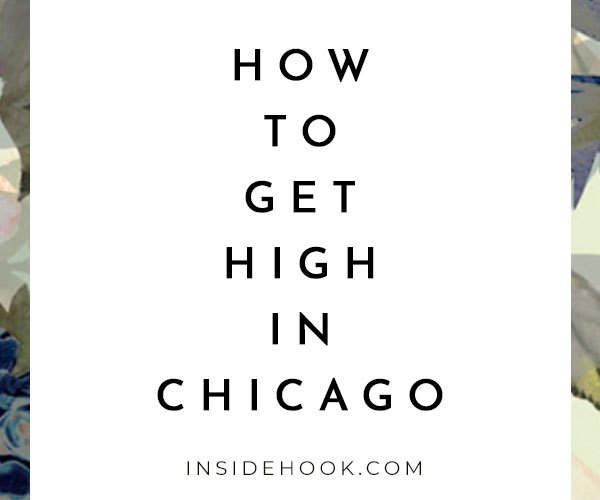 In case you missed it, the Illinois General Assembly passed a law legalizing the sale of recreational cannabis last June. On New Year’s Day, that law went into effect for the first time, making Illinois the 11th state to end cannabis prohibition, joining the ranks of California, Colorado, Washington, Michigan, Nevada and more.

Experts think this could be just the high note the struggling state budget needs, with the Illinois Department of Revenue projecting $57 million in tax revenue and licensing fees in the 2020 fiscal year. On January 1st alone, the state recorded $3.2 million in adult-use cannabis sales, and Brightfield Group predicts that Illinois dispensaries will bring in — wait for it — $420 million this year.

If you’re a bit green to the cannabis game, we’ve got you covered. There’s jargon to learn, laws to consider and the logistics of where/when/how to dip your toe into an, ahem, budding industry.

Don’t go in half baked. Here are 11 things you need to know before legally partaking in the Land of Lincoln.

1. First off, we’re calling it cannabis

While widely used, the term marijuana carries some racist, anti-immigrant baggage (you can educate yourself on the anti-Mexican etymology of the term here), so drop it from your nomenclature. “Chronic” comes from hip hop, “pot” comes from Spain and cannabis comes from science.

2. When we say it’s legal … what are we really talking about?

“Cannabis is now legal in a manner very similar to alcohol,” says Joanne Caceres, Managing Associate in the Dentons US Cannabis Group. Her job is to provide legal counsel for clients in the cannabis industry, and she’s quick to note that when we say cannabis is legal, that’s just under state law — it remains very much illegal under U.S. federal law. “Furthermore,” Caceres states, “cannabis sales, possession, and use are legal under state law only if in compliance with the new Illinois Cannabis Regulation and Tax Act.”

Basically, think of this law as permitting certain types of possession and distribution, rather than a law that fully legalized cannabis.

3. Who can buy cannabis?

Same rules as alcohol: any adult, 21 and over, that is in the state of Illinois can purchase recreational cannabis. You do not need to be a resident.

No need for a dealer in a pancho and Birkenstocks: you can buy a variety of cannabis products legally and comfortably! Cannabis sales can only be made through state-licensed dispensaries. These are largely high-end, well-lit, lovely shops complete with “budtenders” to assist you and educate you, but there aren’t many of them (yet). See list here, being updated in real time.

Of the state’s 15 largest cities, Naperville (#3), Arlington Heights (#13) and Bolingbrook (#14) turned it down. Their dispensaries remain medical only. Reference this list from ABC7 to review your city’s use vote. It’s also worth noting that Rolling Meadows and Woodstock have approved recreational sales, and the potential for puns and brand identity for those two is enormous.

Caceres also notes that while local governments can limit the sale and distribution of cannabis within their regions, they cannot limit possession or private consumption allowed under the state law. So if you live in Naperville but buy cannabis in Chicago, you can still consume it in Naperville.

Applications for new, recreational dispensaries are being processed, with the state projecting expansion to 170 dispensaries, but no new licenses will be granted until May 1, 2020.

Joints, flower, concentrates, tinctures, topicals, edibles … the list of cannabis products is vast, and under the new law, adults will be able to purchase loads. The law stipulates max purchasable amounts by product type. Residents can wield:

Caceres importantly notes: “This amount is cumulative, which means if you have 30 grams of flower, you can’t have any concentrates or products.”

Non-residents can purchase half those amounts, and they already are. Weed tourists are already pouring in from neighboring states Kentucky, Indiana, Wisconsin, Iowa and Missouri.

6. Wait … are you allowed to take cannabis to other states? Can you take it on a train, plane or automobile?

First of all, no, you cannot take cannabis outside of the state. That moves into federal laws, under which cannabis is still illegal. However, you are free to roam to greener grasses within the state. Here are travel highlights to be aware of from cannabis lawyer Joanne Caceres:

7. So you bought some cannabis. Where can you consume it?

First of all, consume responsibly, always and forever. Legal restrictions are pretty tight on consumption: only indulge at home, and only around people over 21 (unless that person is a registered medical cannabis patient under the Compassionate Use of Medical Cannabis Program Act). Eventually, the state or individual cities might license “social consumption lounges,” but until that time private homes (except those used as licensed-care facilities) are the only place to consume.

As noted above, there are lots of exceptions for those using medical cannabis, so if you’ve got a medical card, keep it. The largest benefit comes to patients under 21, but even adults with a medical card will see a payoff. Recreational cannabis is subject to taxes ranging from 10% to 25% of the purchase price depending on the percentage of THC in the product; medical cannabis is exempt from these taxes altogether.

The other perk for medically eligible individuals? They can grow up to five plants at home.

Speaking of growing, all cannabis sold in Illinois dispensaries is grown in Illinois. This is one of the ways this law is poised to bring jobs and revenue into the state. Ryan Crane is a cannabis entrepreneur and founder of CBD beverage manufacture Tempo who has spoken widely about the industry, including locally at Chicago Ideas Week and TEDXChicago. Crane says he’s excited to see the state develop and unleash a new talent pool. “There’s an untapped wealth of entrepreneurial talent in Illinois that has not previously had real access to the cannabis industry,” he says, and opportunities for local small business owners stretches from the dispensaries all the way back to the craft growers. And for consumers, the home-grown laws mean you’ll always be able to trace products back to a specific farm or producer, which means you’ll be able to identify and support those whom you think are doing the best job.

We weren’t the first to legalize pot, but Illinois was the first to add a conviction-clearing clause to the deal. Basically, if the thing you were convicted of is now legal, it’s getting erased.

This isn’t just fair for the sake of being fair. In Illinois, black residents were more likely to receive cannabis convictions than white residents, and Governor Prtitzker declared the move as directly addressing past injustices caused by drug laws that disproportionately affected black and brown communities. He says removal of a misdemeanor drug offense from one’s record will allow for more opportunities with jobs, professional licensing, housing, financial aid for school and social services.

While it all happened seemingly instantly — 11,017 convictions were cleared for non-violent misdemeanor drug offenses on January 1 — Cook County State’s Attorney Kim Foxx has been working on the expungements for months. In September, her office teamed up with Code For America and the Illinois State Police to use technology to process the load. And it was a large load: combining actual convictions with records that did not result in a conviction yielded some 500,000 cases.

11. Before we wrap up, what’s the difference between THC and CBD?

Now that cannabis production is legal and regulated, THC and CBD percentages are listed on the back of each product you purchase, like nutritional facts on food, so you’ll want to get familiar with these terms.

A bit hazy on these ubiquitous acronyms? The rabbit hole here is quite deep, but here are the basics, without getting too in the weeds:

Within THC-heavy products you’ll also get additional jargon thrown at you, like the words sativa and indica. These have more to do with the strain of cannabis plant; however, the terms have become somewhat bastardized to categorize a body high (indica) or a brain high (sativa). In the broadest sense, it’s all THC.

Now you’re ready to enter the stoned age. Flower to the people.