Pretty comfortably, as it turns out

I hang out in various states of undress alone in my apartment all the time, but if I’m naked around a bunch of strangers? I expect someone (preferably me) to orgasm. Nudity with other people has predominantly served a sexual purpose in my life, so when I found out my friend Rachel frequented a nude farm a mere 45 minutes outside of Milwaukee, I begged her to take me.

We turned left at a sign that said “Toadally Natural Garden”’ onto a dirt road. If I hadn’t known better, I would have assumed this was an organic farm and nothing more until I passed another sign that read:

ATTENTION Nude gardening or sunbathing may be occurring beyond this point

At the front of the property were two houses, a tiny greenhouse, a small gray barn, a larger red barn, and a lush garden. A woman in only Crocs and a sunhat tended to the garden. There were rows of large colorful flowers, and vegetable plants.

A small gray dog ran around our feet as we approached the owners. Paul and Jane were both dressed Pooh Bear style (T-shirt, no pants). Jane took our names, sifting through her email to be sure we’d passed the required background check. I had filled out the forms online and uploaded a copy of my driver’s license two weeks earlier, but  Rachel had forgotten. As Jane searched for Rachel’s application from the previous season, she told us they’d recently decided to not accept any more single men for the time being.

“We’ve just had too many guys using this as a place to meetup, or doing inappropriate things,” she said, gesturing to a golf cart. “This isn’t quiet. I can’t sneak up on you. We aren’t used to seeing that stuff. We’re farmers!” I wondered what she saw more of, couples having sex or solo males jerking off. The website made clear that nudity on the farm was intended to function as a peaceful lifestyle option rather than a sexual experience. That said, I hadn’t thought it’d be strictly enforced.

Rachel and I took our beach bags and walked down a hill in between two fields, towards a pond lined with trees. Just in front of the tree line was a pop-up RV, a portapotty, a tiny A-frame cabin and the beginnings of a new bathroom made of cinderblocks.

Rachel and I laid out the blanket she’d brought a few feet away from the sand beach and sat down. A sinewy, tan man laid out on a lounge chair and made eye contact with me. My shoulders tensed as I prepared for him to make small talk while staring at my tits, but he gave us a friendly hello and went back to reading his book.

“I’m getting naked,” Rachel said. “Are you okay?” She quickly took off her clothes and laid the blanket.

I knew from the website nudity wasn’t mandatory at Toadally Natural, but we’d driven 45 minutes and paid $30. Despite my misgivings, I was getting fucking naked.

A group of women stood across the pond talking to Paul, who had beaten us to the lake in his truck. The women appeared to be fully clothed, which made me nervous. If all of my swimsuit places were about to be laid bare, I wanted everyone else to join me, no exceptions. Unsure of what to wear to a nude farm, I’d thrown a black T-shirt dress over a swimsuit. I remembered learning that nudists love Crocs on an episode of Netflix’s Worn Stories, and expected to be flooded with compliments on my practical footwear at any moment.

I’d never gotten naked outside in the middle of the day in front of strangers, and wasn’t sure how to go about it. Should I slowly peel one item off at a time? Build up to the big reveal? Why had I chosen to wear a fucking one-piece under this dress when I couldn’t think of a graceful way to get it off? I glanced around and realized I wasn’t being watched. No one could have cared less that I was getting undressed. I was dangerously close to my vulnerability limit. I’d come to terms with getting naked, but I would not allow anyone to see me wiggle out of this Lycra prison without a fabric shield to protect my dignity. I slid my arms through the arm holes and underneath my dress, removed the straps and shimmied out of my one-piece.

“I’m proud of you,” Rachel said, handing me sunscreen and bug spray.

Everyone else I could see was incredibly tan. I’m diligent about protecting my ginger skin from the sun, and I was the palest person there by a wide margin. I generously applied the sunscreen, introducing parts of my body to SPF for the first time. Once fully coated, I added a layer of bug spray, making sure to be extra vigilant when I got to my ass cheeks.

I got used to being naked quickly. Being naked is somehow never as intimidating or uncomfortable as getting naked.

As a man in sneakers and his shiba inu did  a lap around the pond, I wondered how many people have had the opportunity to see a naked man walk a dog. I would have given anything to know what the dog was thinking, or for the dog to be dressed in business casual for some role reversal.

It started drizzling, and I was glad the tree we were under provided some shelter. A man and his wife about 15 feet away on the wood loungers complimented us for sticking it out in the rain and asked if it was our first time at the farm. Rachel told him she was a seasoned guest, but it was my debut.

“We have a pretty good group down here,” the man said. “When the season wraps up and winter comes, we still get together and have bowling nights.”

My mouth hung open. I could have been given 100 guesses as to what nudists did for fun in the winter, and naked bowling would have never crossed my mind.

He continued: “We rent out a bowling alley for the night and about 60 of us get together once a month from January to about March.”

My eyes widened at the thought of 60 nude bowlers, and I made a mental note to remember this for my birthday in January.

Since we were already getting wet, we decided to swim. I waded in the pond hoping the water would feel warmer once I’d adjusted. The bottom of the pond was covered in fuzzy plants that grabbed at my feet. I swam out away from the plants and Rachel so I could pee. We paddled around and tread water. I was surprised at how relaxed I was naked around so many strangers. Everyone had been so friendly, and I felt less self-conscious chatting with them without any clothes on than I often did when I was clothed. I started to tell Rachel about the first time I’d gone camping, when I felt a sharp pinch on my left buttcheek. I screamed.

“Something bit my butt!” I started paddling back to the beach to get out. I’d done my best to protect my ass with sunscreen and bug spray, forgetting it’s often what we don’t expect that bites us in the butt.

“Did I forget to mention there’s fish in here, and sometimes they bite?” Rachel said, laughing.

We packed up our things and started walking back to the front of the farm, rinsing off in the outdoor showers and re-dressing along the way. Rachel was hungry, so we sat down at a picnic table where she could eat her lunch before heading home. Paul drove up and parked his golf cart right next to us and said, “Have you guys ever seen a baby pineapple before? I can show you in the greenhouse.”

Was this some sort of innuendo? Since he’s not wearing any pants, couldn’t I already see his “baby pineapple”? Rachel and I made quick eye contact and said “Sure.”

The greenhouse was about eight feet by 12, with a few rows of potted plants on the ground Paul identified for us. He had built the greenhouse himself, mostly out of recycled materials, and configured a pulley system that allowed him to open and close the roof. It was impressive.  We followed him to the back, and looming over a spray of green leaves was a baby pineapple. It was adorable.  Paul told us he’d tried to grow pineapples before to little success until he learned a hack.

“The trick is to plant ginger in the same pot,” he said. “The ginger and the pineapple love each other, and help each other grow.”

I smiled, no longer surprised to experience such a wholesome moment when a stranger’s genitals were out. 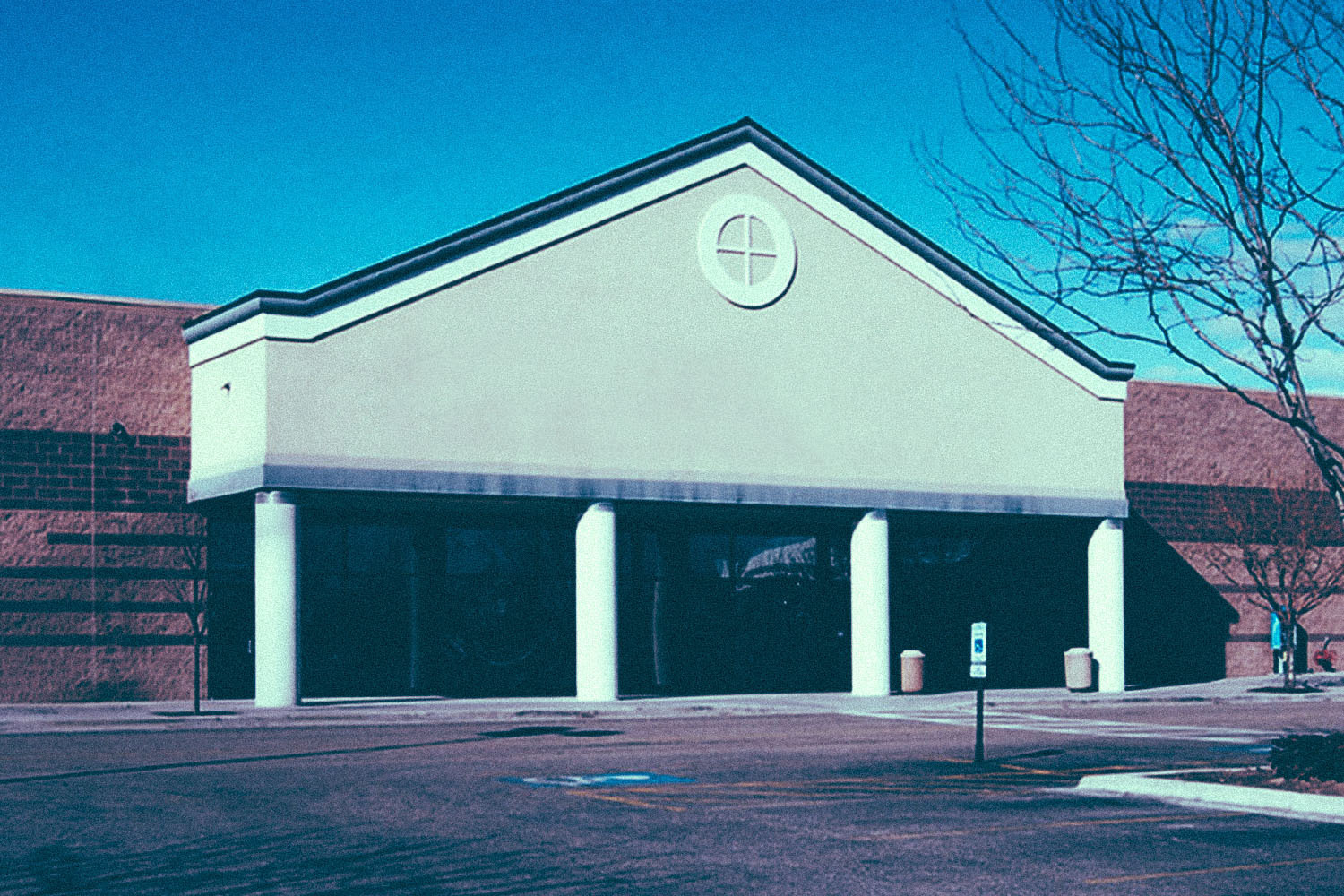 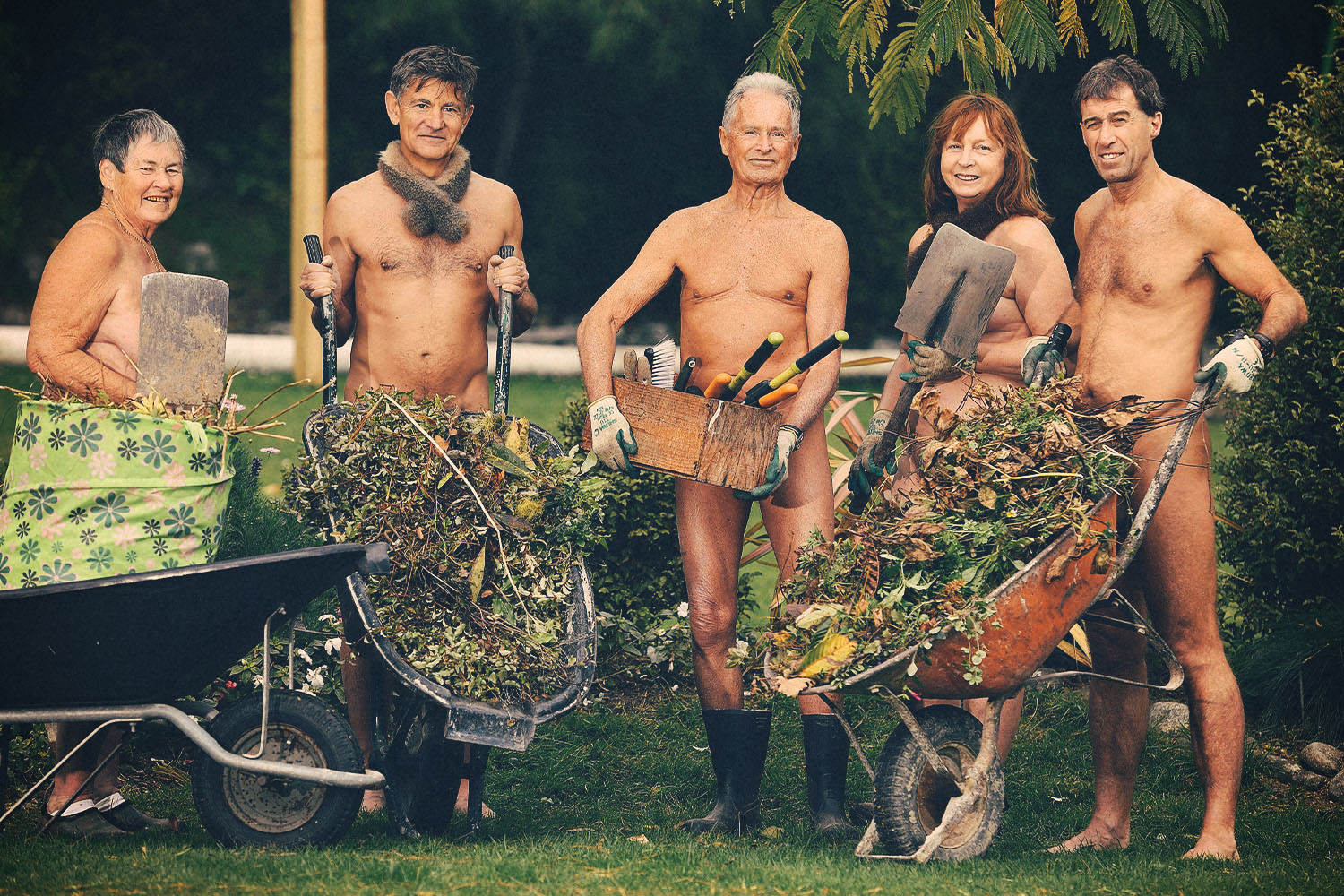 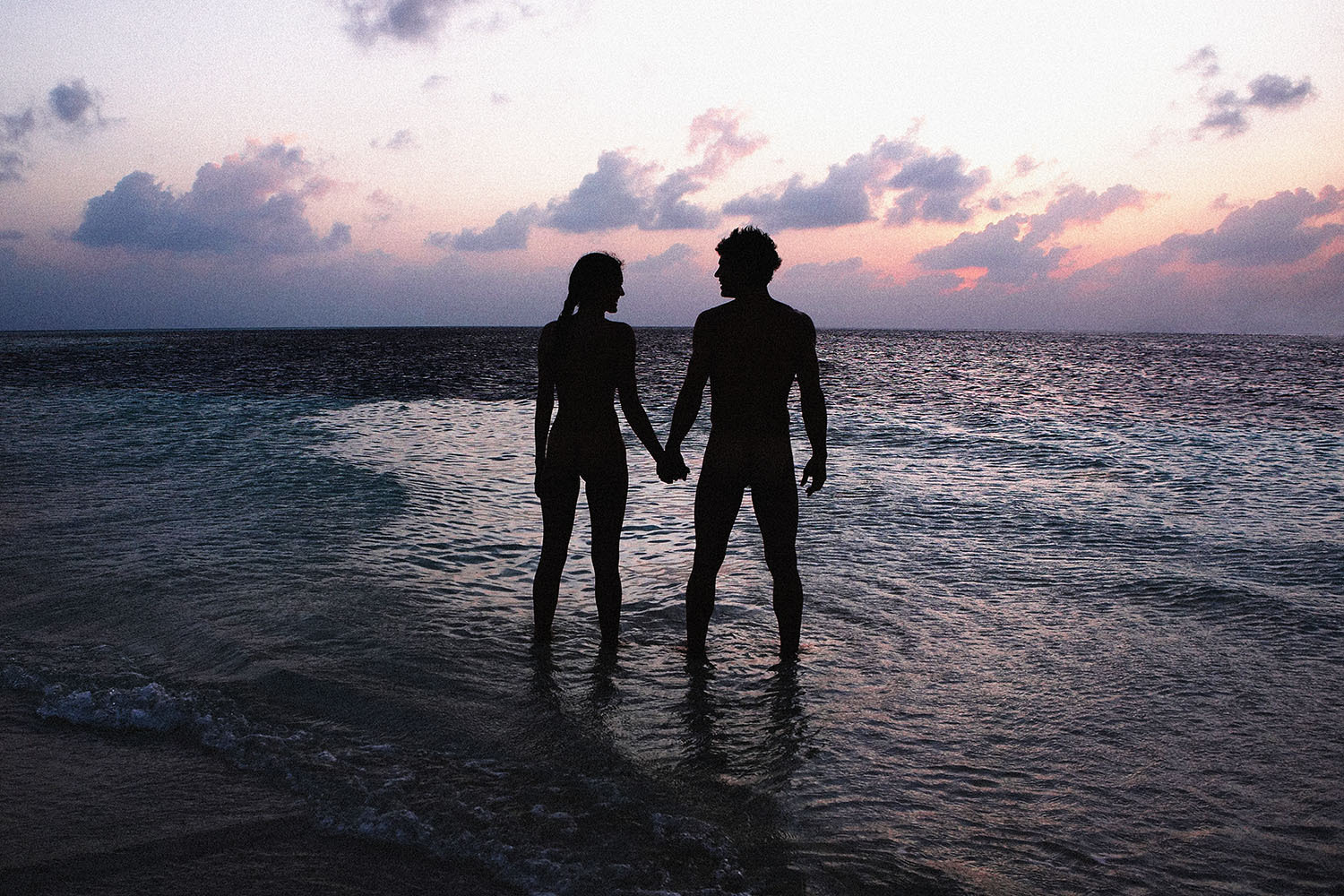