Back in 2021, I was visiting a relatively young distillery in the town of Tequila that makes a boutique agave product. Down the street, I heard what sounded like a raucous party.

Now, that was supposed to be a lightly barbed statement. While Jose Cuervo can boast about being the world’s oldest and biggest, by far, tequila producer, its modern reputation amongst serious tequila drinkers is mixed. We probably all have some bad memories and lingering headaches of Jose Cuervo Especial Gold, a standard base for many a regrettable cheap margarita (though a reminder that not all mixto tequilas deserve a bad rap). 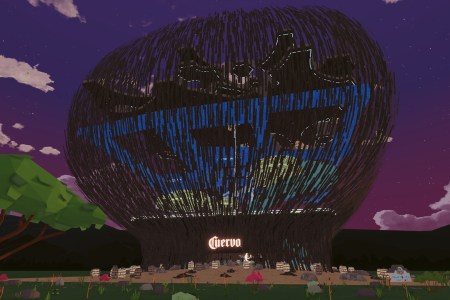 Could your next distillery trip be virtual?

While the family-owned Cuervo does offer a solid mid-range of tequilas (under the Tradicional banner), I hadn’t considered that such a high-volume, highly visible and well-marketed brand could also craft an incredibly elevated release that I’d happily place on my liquor shelf next to the likes of G4, Tequila Ocho and Fortaleza. Or that Cuervo, thanks to its legacy and tradition, actually launched the idea of a limited-edition, artisanal release years before the drinking world (at least in the U.S.) started taking tequila seriously.

There’s a bit of lore that these special releases were previously reserved for the Cuervo family’s inner circle (hence the name) — it’s certainly true that these bottles utilize some of the finest barrels in Cuervo’s vast collection, many of which are buried far underground in the cellars of La Rojeña distillery, where Cuervo is made.

“This release was born in 1995 for the 200th anniversary of Jose Cuervo,” says Sonia de la Espinola, Director of the Beckmann Foundation and Tequila Maestra (aka one of the few accredited female masters of tequila). “When we select the agave for this, the production at the rest of the distillery stops. The legacy and the history of this company are in this tequila. Some people who taste it say it’s not even tequila, it tastes like a different, special spirit.”

All three Reserva expressions deserve accolades. The two aged expressions utilize both American and French oak barrels with different toasts, using only (as the distillery suggests) “the most flavorful inner portions of the agave plant” (basically, the heart or piñas of the agave are trimmed tightly). The agaves for Reserva are cooked with steam for 38 hours with an additional eight hours of cooling. From there, the juice from the crushed agave is fermented with a proprietary yeast for 24 hours of fermentation, then undergoes a double distillation.

While I did prefer the Reserva unaged Platino expression — essentially a very elevated blanco tequila that nicely showcases the agave — the Extra Añejo is really the star here. And when Espinola tells me it tastes like a different spirit, she’s not wrong — my first note was “It’s like dessert.” It offers a lovely and aromatic melange of vanilla, baking spices and dried fruits.

That transformation of the Extra Añejo happens because Jose Cuervo pulls tequila from barrels that have aged roughly 5-7 years, although sometimes much longer. “The barrels could be 10, 15 or 30 years old to make the blends,” says Don Francisco Hajnal Alfaro, a longtime maestro tequilero at Jose Cuervo and creator of the original Reserva line, who we met in the musty cellars of the La Rojeña distillery. It was here I was able to taste some of that wonderfully, extra-aged agave spirit straight from the barrel.

He adds: “We need those [extra-aged barrels] to keep the same profile as we created in 1995, or we’d disappoint our consumers.”

Don’t take our word for how special the Reserva line is. Besides earning high marks from the notoriously fickle users at Tequila Matchmaker, I found this five-star customer review at a liquor store site for a 2019 Reserva release, which nicely sums up both my prior thoughts on Jose Cuervo and my current thoughts on Reserva: “Don’t let the Jose Cuervo label fool you. This is one of the best extra añejo tequilas on the market, especially at this price.”

Besides the taste, the key to Reserva lies in the collaborations with local artists; the 2023 collector’s box was designed by Rolando Flores and Gabriel Cázares of the Mexico-based Tercerunquinto Collective. The piece of custom art for the Extra Añejo box is entitled “Structuring a Landscape,” and it features a geometric abstraction of the landscape of Tequila and its surrounding agave fields.

Now, this wouldn’t be Cuervo if there weren’t a lot of pageantries. Besides the artwork on the bottle, we were able to witness a line of masked workers labeling and applying a wax seal to each individual Reserva hand-blown bottle. And while we didn’t get to ride the famed Jose Cuervo Express train into Tequila, we were able to visit the incredibly manicured nearby fields where the tequila giant harvests some of the agave for Reserva (after 8-12 years in the soil). And we saw the final artwork and tasted the final 2023 Reserva at a big blowout bash on a mid-fall Saturday night in the center of Tequila, starting at the Juan Beckmann Gallardo Cultural Center for the artist reveal and ending with a dinner and all-night dance party at the sprawling Hacienda el Centario, an estate in the heart of town.

Interestingly, all of those places — the art gallery, the distillery adorned with beautiful murals depicting the legend of Mayahuel (the goddess of agave and fertility), the picturesque agave fields, the event space, and even the hotel we stayed at in Tequila — are all part of a collection called Mundo Cuervo. Which roughly translates to Cuervo World, meaning that Disney World comment we heard a few years back actually held some truth … albeit in a way I now find more impressive than dismissive.

Jose Cuervo’s Reserva de la Familia 2023 line just hit stores in the U.S. in mid-January. You can also find them on ReserveBar. 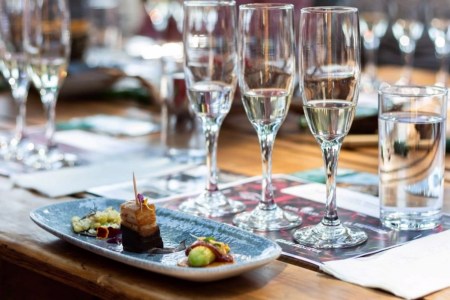 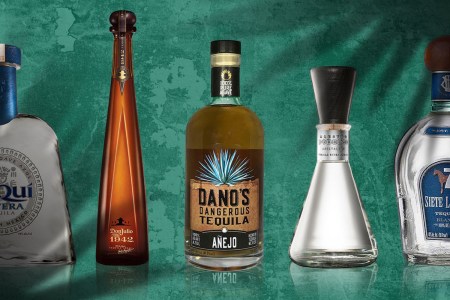 The 40 Best Bottles of Tequila for Cinco de Mayo 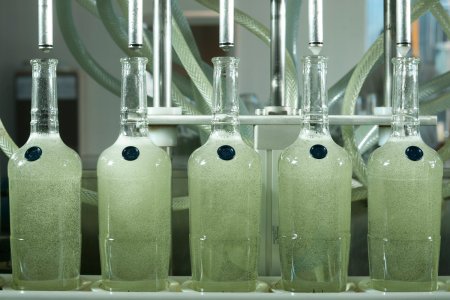 How Tanteo Tequila Is Shaking Up an Industry Built on Tradition