The Future of Sake Is in Cans

For sake appreciation to flourish in America, consumers may embrace a familiar convenience

Sake may finally catch on in the U.S. thanks to a number of new canned varieties
WeSake
By Amy Zavatto @amyzeats

Like a winning season for the Knicks, die-hard sake fans have been waiting endlessly for this rice-based beverage’s big win on American shores. But sake here has been a hard sell — until the ubiquity of canned sake came along.

Before we get there, yes, there are outstanding sake beverage programs around the country and somms who are thoroughly dedicated to introducing more consumers to its delicate charms. There are annual sake-centric festivals, like New York’s The Joy of Sake, the American Craft Sake Fest in North Carolina and San Diego’s Sake Week. And there are even more than two dozen North American-based sake breweries popping up in spots all over the country in states like New York, Maine, Louisiana, Minnesota, Tennessee, Texas, California and Oregon — many of them even working with local rice growers for an extra locavore touch on their products, or sourcing from known Japanese rice producing companies like Sun Valley out of California or from Isbell Farms in Arkansas (which happens to be one of the major rice-producing regions in the world).

But there’s still a multitude of Americans who, if they drink sake at all, think of it as served hot, often with headache-making results after sipping too much. Part of the issue is education — many think sake is a wine. It isn’t. Sake is a beverage brewed from polished, fermented rice, making it closer (at least in part of the process) to beer.  And it’s still a very different product that even federal regulations can’t seem to properly define the drink.

“Sake falls under a hybrid regulation. It’s taxed as a beer because it’s brewed like a beer, but the labeling that’s required in terms of its ABV, etc., is regulated as a wine,” says Weston Konishi, president of the Sake Brewers Association of North America. 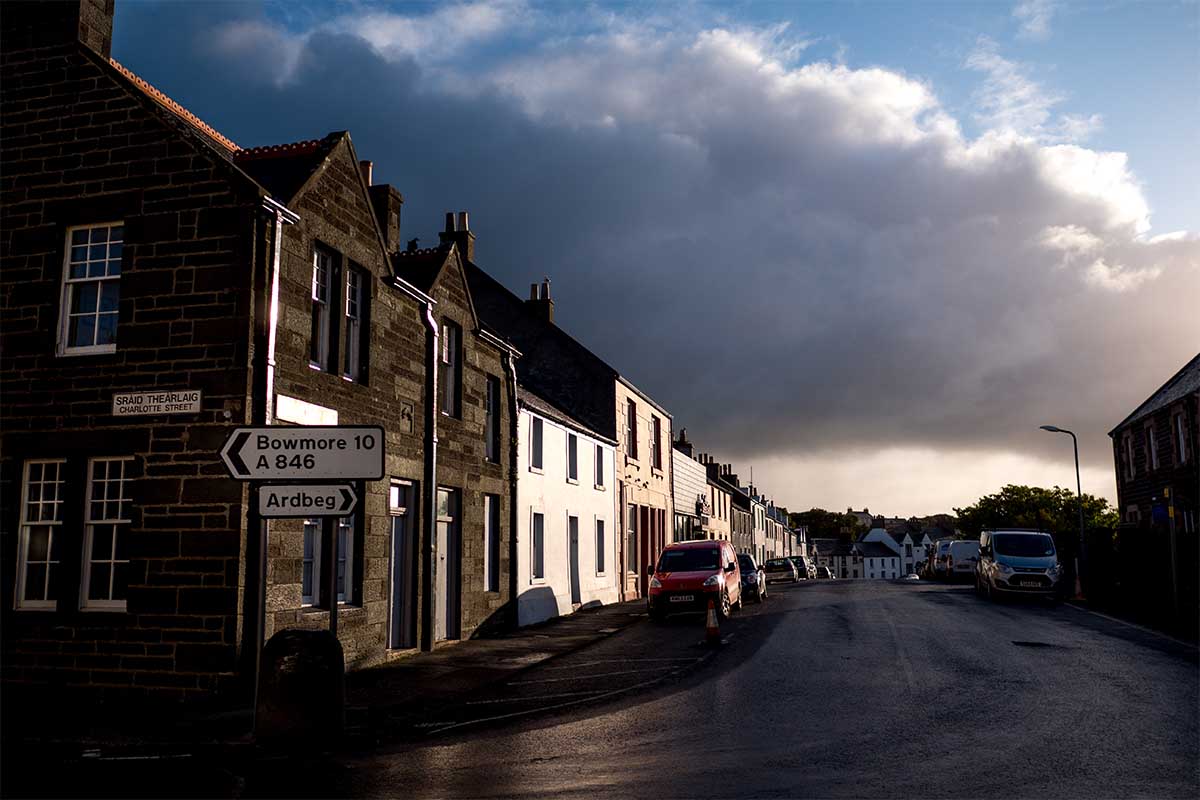 Scotch Fans, There Might Be a Peated Malt Shortage

Sake has something else in common with wine. Konishi believes it holds a similar intimidation factor, too. “There’s a learning curve, but there’s also a bit of a cultural barrier. Sake can come across the way wine can—this very sophisticated product that’s expensive and that’s a bit esoteric, like you can’t really appreciate it unless you know all the nomenclature,” he says. “And then there’s the fact that Japanese sake tends to be labeled in Japanese, which most Americans can’t read. That’s been something of a barrier.”

But a funny thing is happening. Some sake producers are taking a cue from the RTD (ready to drink) trend, which continues to skyrocket with cocktails, hard seltzers, wine and the like all seizing upon the grab-and-go popularity of canned beverages. “There’s something less intimidating about a can versus a bottle — that’s one advantage to canning sake. It’s not so erudite and out of reach,” says Konishi. “Another advantage is buying sake by the can is cheaper than a larger bottle. It’s a little bit harder to shell out 30 bucks for something that don’t know that much about than $5 on a can. The price point is more attractive to entry-level consumers.”

We’ve rounded up a half dozen brewed beauties for you to sample. Many of these you can buy direct from the sake brand; for others (or for faster imbibing), some of these will be on Drizly.

New York-based RTD impresario Pablo Rivera fell in love with sake on treks to Tokyo. Using his experience creating grab-and-go beverages for AB InBev gave him the idea that promoting sake in America may have more success with a more accessible medium than simple evangelizing. He sources all his ingredients from Japan—rice is grown in Taguchi and then processed, polished, and brewed in Kobe, Japan. The result is a delicate, 13% ABV high-quality Junmai Ginjo-style—meaning, the outer rice kernel is milled to a high 60%. It’s elegant, floral and a little bit fruity on the nose, with brightness and gentle sweetness and weight on the palate. ($19.99/4 pack of 200ml cans)

For those taking a toe-dip into chilled sake, Sake High! is a great kick-off point, with familiar fermented, slightly oxidized rice aromatics and flavors that are simple but rich, full and unshy on the palate, making it an easy pairing with take-out of all kinds, from barbecue to burgers to fried fish. At 15% ABV, this Junmai sake packs a punch and even a 200ml can leave you with a bit of mild buzz. It’s gluten-free (but, you know, rice is naturally gluten-free, so this point is more of a flag wave than a true selling point), but the rice source is farmed organically, which is a nice box to check. ($20/4 pack of 200ml cans) 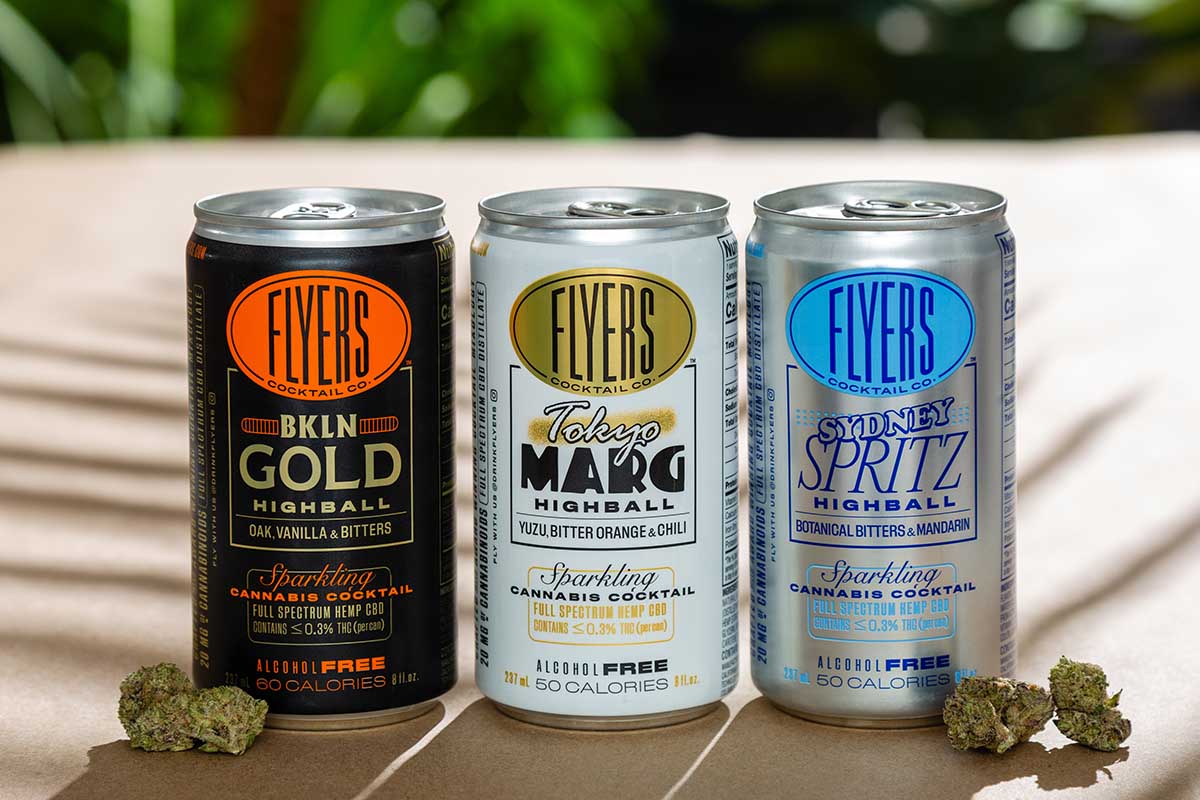 Hello, Dry January: This new line of sparkling, booze-free cannabis drinks is crafted with the care of an award-winning mixologist

In the storied Japanese tradition of highballs, Los Angeles-based Vervet sources all ingredients from California, including the Junmai Ginjo and their own tonic syrup, which skips the quinine and instead cleverly uses Cascade hops as a just-right bittering agent along with yuzu, kumquat and holy basil. At 4% ABV, Vervet (which comes in a 12oz can) is a lovely, fresh-flavored twist on a G&T. “We were inspired by the seasonal California farm produce where we’re so lucky to have a 12-month growing season and the global cultures of LA,” says Tuan Lee, a co-owner with veteran bartender Hope Ewing and Alex Rosenblum. Fun fact: On the can, it says “cheers” in 14 languages. ($22/4 pack of 12 oz cans)

Made from Gohyakumangoku and Gin-Ohmi rice varietals, Snow Maiden is a good choice for all the unfiltered fans out there. Brewed in Kyoto, this nigori-style, 14.9% ABV sake is thoroughly opaque and has a fruity, cantaloupe-like nose and mouth-filling, creamy texture, with a long, tangy, spice-box and roasted delicata squash finish and nice acidity that leaves your mouth watering. ($25/5 pack of 180ml cans)

The sake in Ysidro’s charming, grapefruit-forward canned cocktails shows itself more on the back end than on the bright, citrusy nose and initial burst of fruitiness in your mouth. But the idea of using sake in a low-fi spritz is a clever approach, and the attractive packaging makes it an easy curious grab from a cooler full of less sophisticated RTDs. Made in Montecito, CA, this pale pink-hued, 160-calorie drink uses delicate American-brewed Junmai Ginjo sake, although they are a bit scant on details as to which brewer and where the other ingredients come from (although they are noted as organic). And the name? It’s the road the founders—Monica and Seth Epstein and Alex Dessouky live near, but it’s also the name of the patron saint of farmers, gardeners and workers. ($48/8 pack of 250ml cans)

Bushido Way of the Warrior

Unlike some sakes, Bushido’s ginjo-style sake isn’t diluted after brewing, so this 18% ABV canned sake is about as powerful as it gets. Still, it’s refined on the nose—rich, a little briny, with notes of dried yellow apples and lemon verbena, and then it hits your mouth with a warrior’s weight and punch. It’s a little oily and unctuous; if you had a plate of charcuterie, pate and stinky cheese, you’d do just fine with this alongside. ($25 pack of 180ml cans) 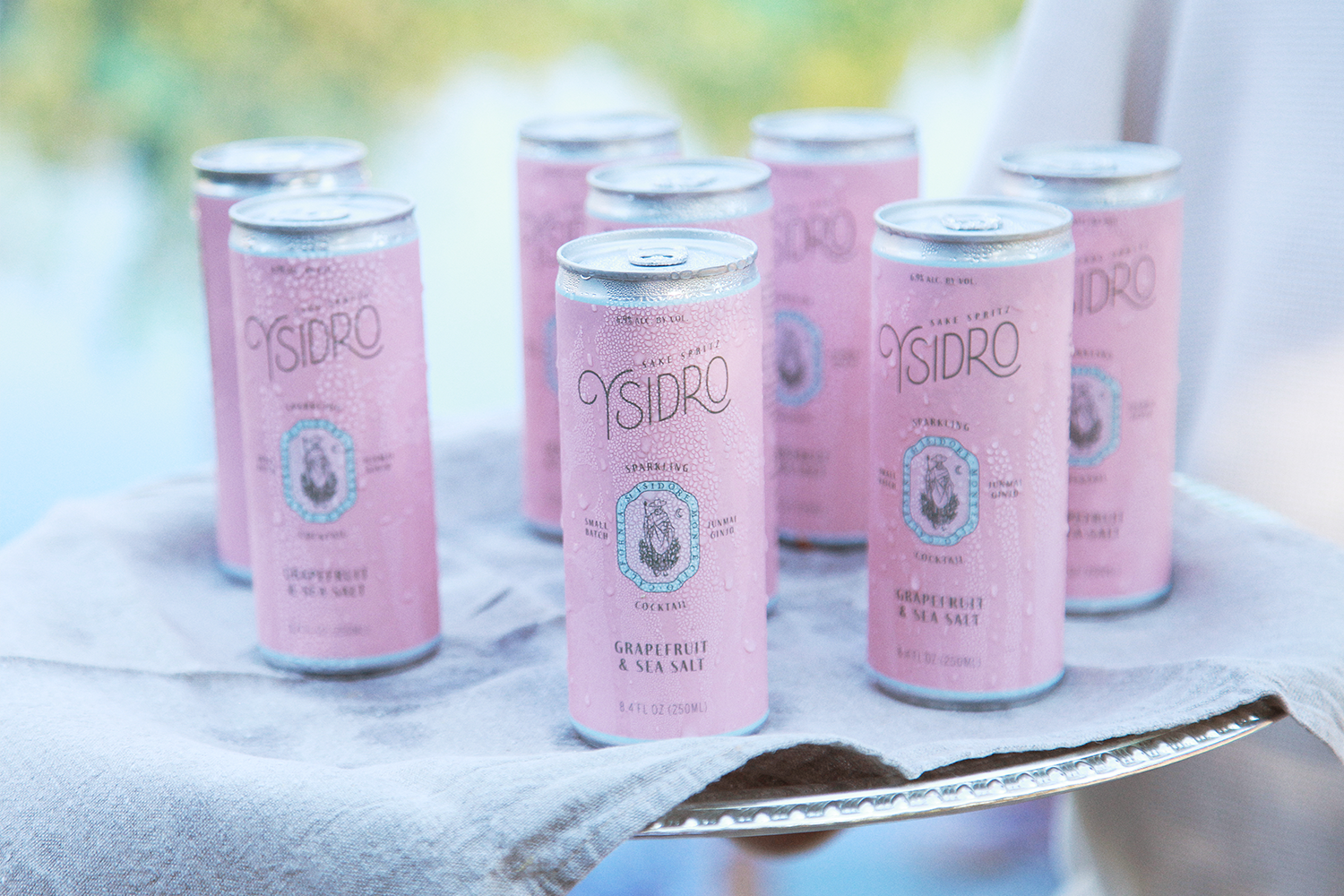 This Montecito-Born Canned Sake Spritz Is the Perfect Poolside Beverage 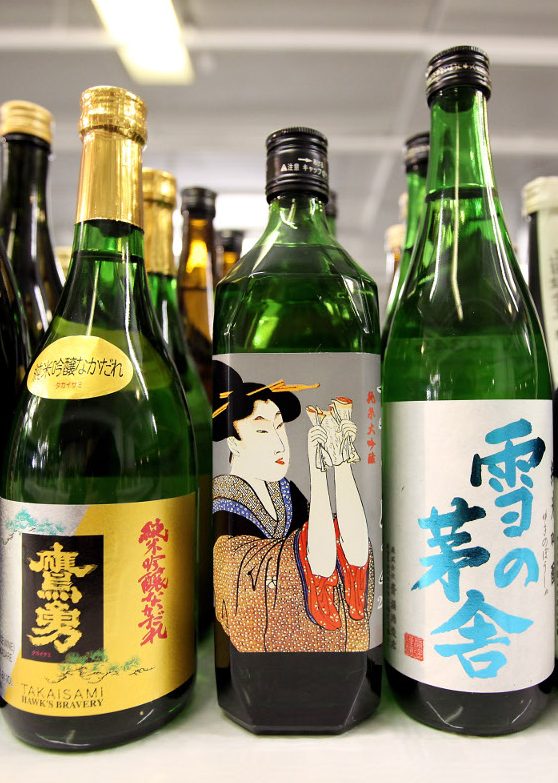 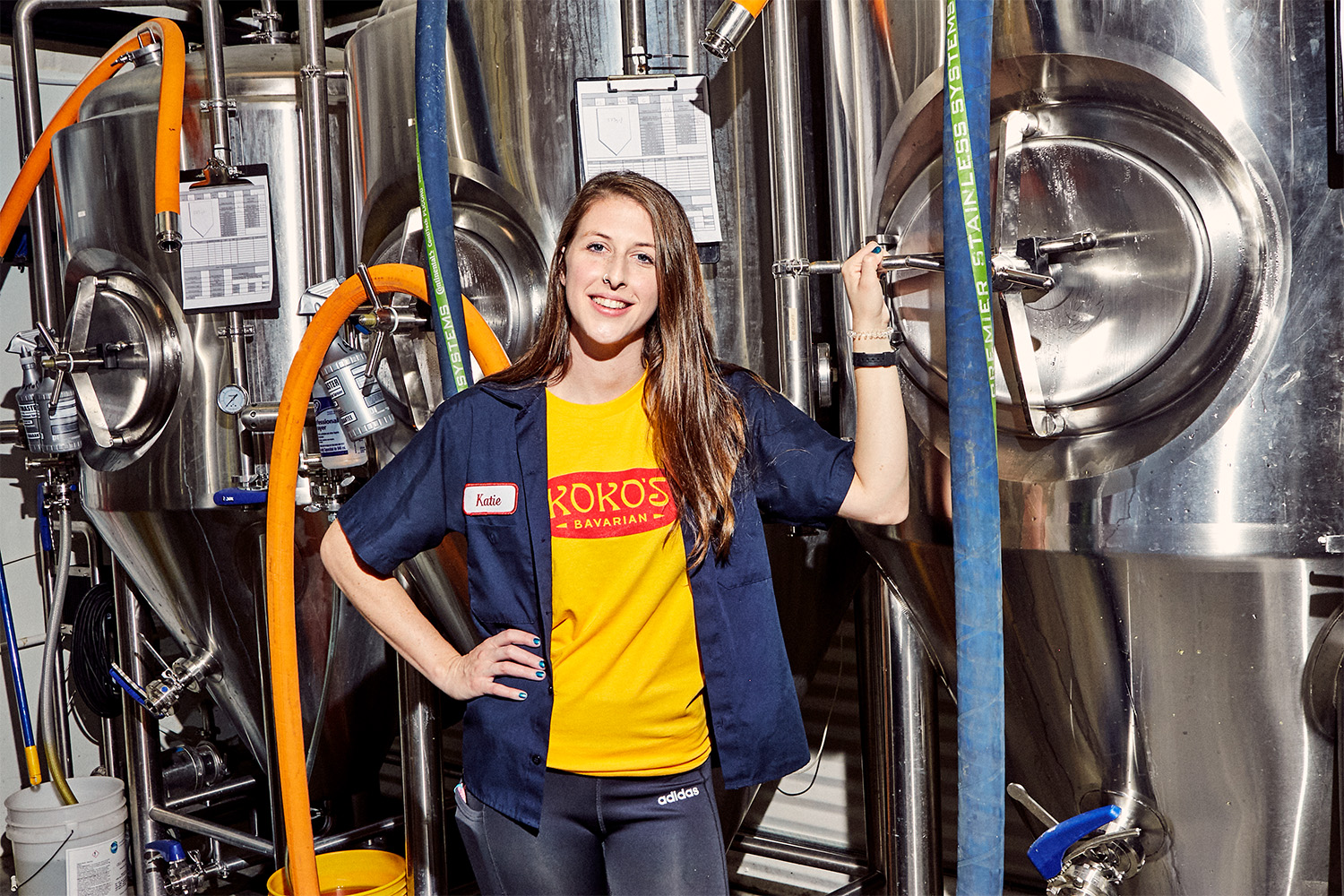