How Jeff Goldblum Became His Own Genre

“He’s never one thing, or you might believe there’s more going on under the surface — Iceberg Jeff Goldblum.” That’s the Scottish writer Helen McClory on what drew her to the acclaimed actor and eminently meme-able public figure that is Jeff Goldblum. Her latest book, The Goldblum Variations: Adventures of Jeff Goldblum Across the Known (and Unknown) Universe, is a collection of surreal and absurdist short fiction with Goldblum at its center — from short vignettes featuring Goldblum to a rundown on lives of the Jeff Goldblums of alternate universes.

(And yes, Jeff Goldblum is aware of its existence. More on that in a moment.)

This fall will also bring the debut of The World According to Jeff Goldblum, a show set to air on the streaming service Disney+. The premise seems to be letting Jeff Goldblum wander around and explore things is inherently fascinating. This is not incorrect: Goldblum’s blend of exceptional charisma and singular eccentricity means that he can turn even the most mundane of gestures and activities into something compelling.

Goldblum’s career has abounded with odd roles and collaborations with talented filmmakers: working with David Cronenberg on The Fly may be the first such example, but it’s far from the only one. For McClory’s part, her interest in Goldblum was sparked when she saw him in one of his highest-profile roles. “I think probably it was watching Jurassic Park as a wee girl,” she recalls. “His Ian Malcolm is certainly a figure that sticks in the mind, as a kind of a mystery to be solved.”

And for McClory, that element of his on-screen persona has helped him endure. “ That ties into his current popularity, I think — he’s always playing a character but also brings his own weird, complicated, specific energy and warmth to the roles, something that other actors just don’t have,” she says. “That and he dresses really well.”

Tt’s worth mentioning that, even as Goldblum has embraced the eccentric and meme-friendly elements of his public persona — you don’t work with directors like Wes Anderson and Taika Waititi if you want to tap into your penchant for a naturalistic style of acting — Goldbum is still pushing himself in unexpected ways. Take his performance in director Drew Pearce’s underrated 2018 film Hotel Artemis. Goldblum’s character is a terrifying crime boss, albeit one who shares a nickname with John Phillips of The Mamas and the Papas. But here he modulates his eccentricity, turning it into something ever-so-slightly more ominous. And in scenes with Jodie Foster, each plays off the other fantastically, creating a shared history of violence with an ever-shifting power dynamic.

That’s not to say that Goldblum himself doesn’t cultivate the more surreal side of his persona. Not long after The Goldblum Variations was released in the U.K. last year, a well-dressed man took to a stage in Berlin to read excerpts from it — none other than Jeff Goldblum himself.

McClory describes the process of writing her book in a very particular style. “I wanted to do it in a kind of automatic writing style,” she explains, “so set myself the headings and worked from there, with very little revision.” There aren’t many actors whose personas would translate well into that type of work, but Jeff Goldblum is certainly one of them. He may well be the only one, come to think of it — a singular actor with a singular career, and one that’s found just the right balance of surreal and cerebral. 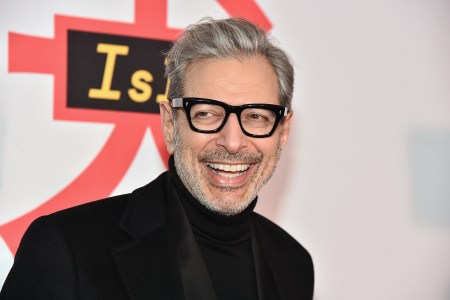 Jeff Goldblum Says He Would Work With Woody Allen Again