With anyone else at the helm, "Little Women" would have been an entirely different movie

There’s a great observation in Greta Gerwig’s piece for Vanity Fair about her Little Women adaptation: “I still think we very much have a hierarchy of stories,” the director wrote. “I think that the top of the hierarchy is male violence — man on man, man on woman, etc. I think if you look at the books and films and stories that we consider to be ‘important,’ that is a common theme, either explicitly or implicitly.”

Melissa Villaseñor put it a little more bluntly in a recent “Weekend Update” appearance on Saturday Night Live, pointing out the “white male rage” in the Oscars’ Best Picture contenders like Joker, The Irishman and Once Upon A Time in Hollywood before singing, “Little Women, big performances, but Greta Gerwig snubbed because of white male rage.”

Of course, the adaptation of Louisa May Alcott’s classic Civil War-era novel still earned a healthy amount of recognition, with six nominations, including a Best Picture nod and a Best Adapted Screenplay nomination for Gerwig. Despite questions over whether men would go see a movie with “women” in the title, it has managed to rake in over $100 million at the domestic box office. Yet the snub of Gerwig in the Oscars’ Best Director category still feels especially egregious.

There are all the obvious reasons: in the 92-year history of the Academy Awards, only five women have ever been nominated in the category. Only one, Kathryn Bigelow, has ever won (interestingly, for The Hurt Locker, a war movie that is undeniably about “male violence”). If Gerwig were to have been nominated for Little Women, she would have become the first woman in history to be nominated in the category twice. (She was nominated in 2018 for Lady Bird.) But beyond that, the reason Gerwig’s directing snub stings so badly is simple: with anyone else at the helm, Little Women wouldn’t be the same movie.

Gerwig managed to modernize a beloved classic while staying true to its spirit, turning it into a meditation on the value of women’s stories while helping us to see we’ve all been wrong about the Amy character who has been viewed for over a century as bratty and shallow, a foil to tomboyish protagonist Jo. In Gerwig’s hands (and of course, those of Florence Pugh, who is nominated for Best Supporting Actress for her performance as Amy), we see that while, yes, Amy likes nice things, she’s an incredibly ambitious woman (“I want to be great or nothing,” she declares at one point) who is simply working within the confines of society’s rules and pressures at the time. In one scene added to the story by Gerwig, Jo marvels at her, asking when she got so wise. “I always have been,” she replies, to her sister and to us. “You were just too busy noticing my faults.”

Gerwig’s other additions — chief among them her decision to de-emphasize the romance between Jo and the professor and center the ending mainly around Jo’s one true love, writing — can be seen as her way of doing what Alcott couldn’t back in 1868. In the book, Jo stops writing, settles down and opens up a school with her husband. But in this version, she not only writes and sells her book, she refuses to back down in negotiations with her publisher and winds up owning her own copyright.

The argument could be made that Gerwig is being recognized for those radical changes with her Best Adapted Screenplay, but they go much further than mere words on a page. Her decision to chop up Alcott’s narrative and tell the story non-linearly, for example, informed her direction as well. The scenes taking place in the past are shot differently — full of warm hues and brighter lighting, giving them a cozy, nostalgic feel — while the present-day scenes use blues and grays to convey the sadness of Beth’s illness and eventual demise.

The film’s blocking provides subtle insights into each character; Jo is almost constantly in motion, while Meg, the serene and domestic sister, is frequently seated. Gerwig’s decision to move a scene in which Jo and Laurie dance wildly outside a stuffy ball from the hallway to outside of the building is a stroke of genius; it sets up the visual juxtaposition of the couples dancing formally through the windows with the two free spirits goofily and happily finding themselves to be literal outsiders. And her collaboration with costume designer Jacqueline Durran helps to cement Jo and Laurie’s connection: keen eyes will notice that Jo and Laurie frequently swap clothes throughout the movie.

With Lady Bird, Gerwig proved herself to be an expert at depicting the very specific ways that women fight and love (often at the same time), and she brings that expertise to Little Women as well, directing her actors through a script full of crosstalk and interruptions. In the hands of a less capable director, it’d be chaos, but Gerwig brings a certain rhythm to it, almost like an impressive ballet, that makes the dialogue feel authentic but never hard to follow.

She may not be directing epic battle scenes like Sam Mendes did with 1917 or making sure the blood splatters look just so like Scorsese did with The Irishman (or Tarantino did for Once Upon a Time in Hollywood, or Todd Phillips did for Joker), but Greta Gerwig directed the hell out of Little Women. A nomination for her wouldn’t have been just a victory for women, but a victory for women’s stories — proof that subtle but effective directing is just as important and valuable as wrangling white male rage.

What Does the Academy's "Review of the Campaign Procedures" Mean for This Year's Best Actress Nominees? 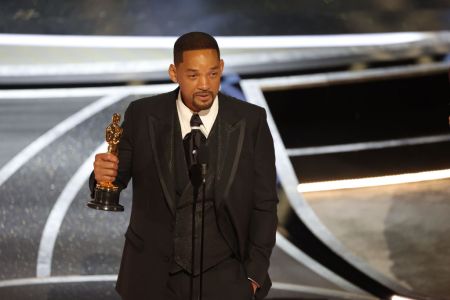 Will Smith Announces Resignation From the Academy 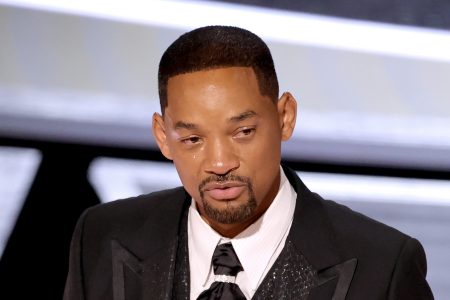