The History of New York, in Cocktails

A new book about a long and storied culture of imbibing

We get too caught up with the “new” in New York.

For a real taste of the city’s history — and a boozy one at that — head to the Waldorf Astoria (seriously).

Sit down at Peacock Alley, the hotel’s bustling and opulent lobby bar. Ask for bar manager Frank Caiafa. Then have him make you a drink and tell you a story.

That’s the concept behind The Waldorf Astoria Bar Book, a canonical cocktail guide that traces the history of both the world’s greatest city and its drinking culture, out now.

We spoke to Frank. Had a drink. And learned a thing or two — from how Hemingway liked his daiquiris to, well, a drink so toxic he refuses to make it.

The new Bar Book is actually an update/reimagining of the Waldorf’s 1931 and 1934 cocktail books, mixing equal parts cocktail know-how and hotel lore. Even if you haven’t been, you know the spot. Opened in 1893. Art Deco landmark, formerly the world’s tallest hotel and home at one point to everyone from Cole Porter to Herbert Hoover to Frank Sinatra. The red velvet cake originated there (as did the concept of the velvet rope), as did Eggs Benedict, the Waldorf salad and Thousand Island dressing.

Oh, and it’s famous for cocktails.

The new book certainly nods to the old school in its design, which charmingly reminds us of guides like Mr. Boston. No pictures here, just a few black-and-white caricatures and an A-Z cocktail list, with a lot of history, drink variations over time and a few dedicated how-tos, like scaling drinks for large groups and setting up a home bar. (Plus, hilariously, a section on historical cocktails that may not pass muster today, including one — Whiskey and Tansy — that would actually be quite toxic.)

Thankfully, this is no rehash of pre-Prohibition recipes.

“For starters, all the vodka and tequila drinks are post-Prohibition,” says Caiafa, while serving us an admittedly historical Pousse-cafe (essentially, a layered cocktail served with coffee) he called a Loensky.

“I was culling recipes from old books, and essentially bringing them to the future,” he continues. “I describe the differences between the old and new recipes … and the guests we serve certainly seem to prefer the new ones.”

Caiafa started at the Waldorf Astoria in 2005, creating an entire new beverage program and adding a proper bar in the dining room/lounge area (originally all cocktails had been unseen at a hidden service bar). His presence at the hotel coincided with the city’s cocktail renaissance.

So the book is a nice mix of old and new. Caiafa actually tried every drink (in fact, several renditions of every drink) mentioned in the book (“Some nights I just wanted to go home and have a tea, but I couldn’t.”).

One “newer” concept of his was to make all the drinks relatively easy to replicate.

“I wanted to aim for someone who was technically proficient and knows his way around a home bar,” he says. “If you learn how to hand-squeeze an orange, you’re halfway home.”

Good enough. But seriously: head to the bar. You’ll learn something. 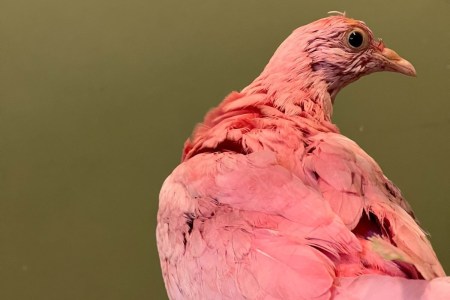