Call it magic, a gathering: Illusion lover NPH sits down with David Copperfield to talk about all the tricks of the trade

This story is an exclusive from Wondercade, the newsletter from Neil Patrick Harris produced in partnership with InsideHook Studios. You can sign up — for free — to receive it right here. NPH personally guarantees it’ll be the best thing you’ve ever done.* (*Give or take lots of other stuff you’ve done.)

It is with the greatest of pleasure that I share this interview with the greatest magician of our time — maybe any time — David Copperfield. We look backwards and forwards, breaking down his influences and musing about the future of magic (magic in the metaverse, anyone?). Dude also gives us a look at his private magic museum in Las Vegas, and his private island in the Bahamas. Which I guess makes them not so private anymore.

NEIL PATRICK HARRIS: You have 21 Emmys and the Library of Congress declared you a Living Legend, alongside Steven Spielberg and Martin Scorsese. Not to brag, but I was also declared a Living Legend by the staff of Shake Shack on 125th Street. How does it feel to be in such esteemed company?

DAVID COPPERFIELD: Well now, I feel hungry. Seriously though — it feels humbling. These are legends I grew up idolizing; giants of storytelling. To be used in the same sentence is an honor, and a personal challenge to continue to improve and advance the art I love.

As a kid growing up in Metuchen, New Jersey, I got my inspiration from movies and Broadway theatre – I used to take the bus and sneak into shows during intermission, before I could afford a ticket. New ways to connect magic and storytelling is something I’m really passionate about. That award was very reassuring.

You released a new book about the history of magic. But let’s talk about the present. Is magic still relevant?

More than ever. In a world where everyone can seemingly know everything, and all information is at the tips of our fingers — magic is a reminder to all of us that there are still things we don’t know. There are still worlds we can’t imagine. A reason for people to keep pushing forward. Magic — by definition — expands our belief of what’s possible. The result, I hope, is that people experience magic and challenge their own beliefs of what is possible and impossible in their own lives by extension.

What is the FUTURE of magic?

Time will tell. In my show in Las Vegas, we’re doing things now that I never dreamed would be possible 15 — even 10 — years ago. As technology changes, so does magic, so it’s a constant challenge and push for my team and me to keep going. Twenty-five years ago, it would have been incredible to pull a device out of my pocket and instantly see a friend’s face, live, across the planet. Today, that’s easy with an iPhone. So magic has to keep up with technology, and to a great extent, technology has to keep up with magic.

Indeed, that’s an interesting point. What role do you think technology will play? VR or AR?

Hard to tell, but technology and magic have always worked hand in hand, with one inspiring the other. In the late 1890s, a French magician named Georges Méliès created one of — if not the — first special effects ever captured on camera. Modern cinema was born. I like to imagine that someone saw his film, A Trip to The Moon, and perhaps was inspired to let their imagination of flight run wilder. It was less than 70 years later that we actually did do it — a trip to the moon on Apollo 11.

In magic, I embrace technology — always looking for the latest, greatest piece of engineering. In my show, we use iPhones, email and even spaceships (yes, really!). It’s all about imagination.

And good coding skills. What was it about magic that piqued your interest?

My passion has always been magic, but my inspirations always came from elsewhere. I was fascinated with theatre and cinema — Fred Astaire, Gene Kelly, Orson Welles, Frank Capra, Walt Disney. I saw magic as a similar canvas and aimed to use my art — magic — to tell stories and make audiences feel something in their heart, instead of just being a challenge for the brain.

One of my idols, Jim Henson, felt the same way about puppets. Okay, so I’m fascinated by process — what’s involved in creating a new piece (dare I say illusion?) in your show?

Years and years of agony. I’m joking, sort of — but truly. I often relate magic to music, but creating a new magic effect isn’t like writing a new song; it’s like inventing a new instrument. Each time, we need to invent and build the piano itself — before we can start writing a new “song.” There are no simple structures to build on, like in music or movies. Magic can involve infinite possibilities, from cards to coins to airplanes to the Statue of Liberty.

Every illusion in my show represents thousands of hours of brainstorming, trial and error. I’m lucky to work with an incredible team that inspires me to dig deeper and try new things. But when we get to see the impact — the look on that audience member’s face when they see it for the first time — it’s worth every second.

You own 11 islands in the Bahamas. Oprah’s been there, and as a general rule, I go where Oprah goes. When are we going?

Well, I hear your birthday’s coming up…It’s a seriously magical place! Crystal clear water, beaches that emerge and vanish with the tides, and tons of secret adventures that my team and I created. It’s where I go to recharge. And sometimes hang out with Oprah.

Not a direct invite, but it’s a good start…Your new book (David Copperfield’s History of Magic) showcases your private museum in Las Vegas — with hundreds of thousands of priceless artifacts of magic history. We don’t have time to talk about all of them, but what are some of your favorites?

There’s too many to count! The museum isn’t open to the public, but for good reason. Inside are priceless artifacts and secrets — literally — of the greatest magicians in history. Some of them date back to the 1500s — so, quite fragile! I wanted to share as much of this collection as possible, though, so the book contains 28 of my favorites: from Houdini’s Water Torture Escape to coins that magically passed through the hands of Abraham Lincoln.

How does one acquire hundreds of thousands of magic artifacts? Where did these come from?

It started with the acquisition of the Mulholland Library decades ago. John Mulholland was a magician, magic publisher and magic historian who also worked for the CIA to help them use magic principles in their operations. I still continue to find rare things from various collectors and magic auctions.

Ah, so it’s you I’ve been bidding against at Potter & Potter! I knew it! [shakes fist at sky] To end on a serious note, I have such admiration for your work and the path you paved for the next generation of magicians. What’s next for you? And what’s next for the future of magic?

Thank you, and likewise! You’re such an incredible performer and advocate for magic, from the Oscars to the Magic Castle. What’s next for magic? It’s interesting…maybe magic in the metaverse…

(And just like that, he disappeared. Perhaps it was magic, or maybe just my spotty Wi-Fi connection on Zoom. We’ll never truly know…) 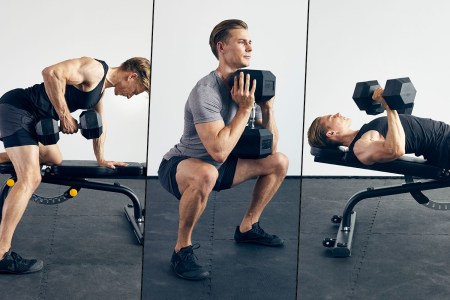 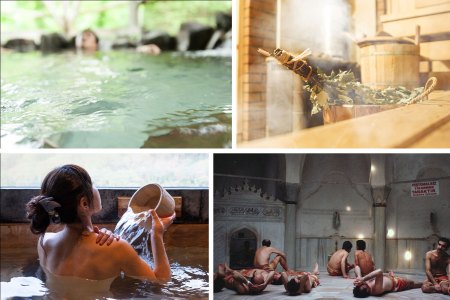