The best movies, TV, books and music for November

WATCH: Thor: Ragnarok
The Norse god (minus his hammer) tries to prevent the end of Asgard with help from a rogues gallery of heroes … including the Hulk. Directed by Kiwi up-and-comer Taika Waititi (What We Do In the Shadows, Hunt for the Wilderpeople).

VIEW: Bruce Lee Art Exhibit
Martial arts and art collide at “Spirit of the Dragon,” a Bruce Lee Foundation/Sketchpad Gallery collab. The exhibit tribute will include illustrations from artists who work for Marvel Comics, Lucasfilm, Sony and many others. Should pack a real punch. (Nov. 3)

CHUCKLE: Paul Ryan
An almost 200-page McSweeney’s/ClickHole-worthy parody of the House Speaker, “refracted through an absurd prism of magazine hell.” Each article parodies a different genre or glossy magazine. Bonus: Get a photo of Paul Ryan with the actual Paul Ryan, and you’ll win a cheese basket.

VISIT: Napa Valley Film Festival
The seventh edition of this film festival, and perhaps its most important yet, as the region begins to heal from the calamitous wildfires. We’re talkin’ 120 films, culinary treats, an appearance by Will Ferrell, and of course, lots of wine. Ten percent of proceeds will be donated to Napa Valley Community Foundation’s Disaster Relief Fund. (Nov. 8-12) 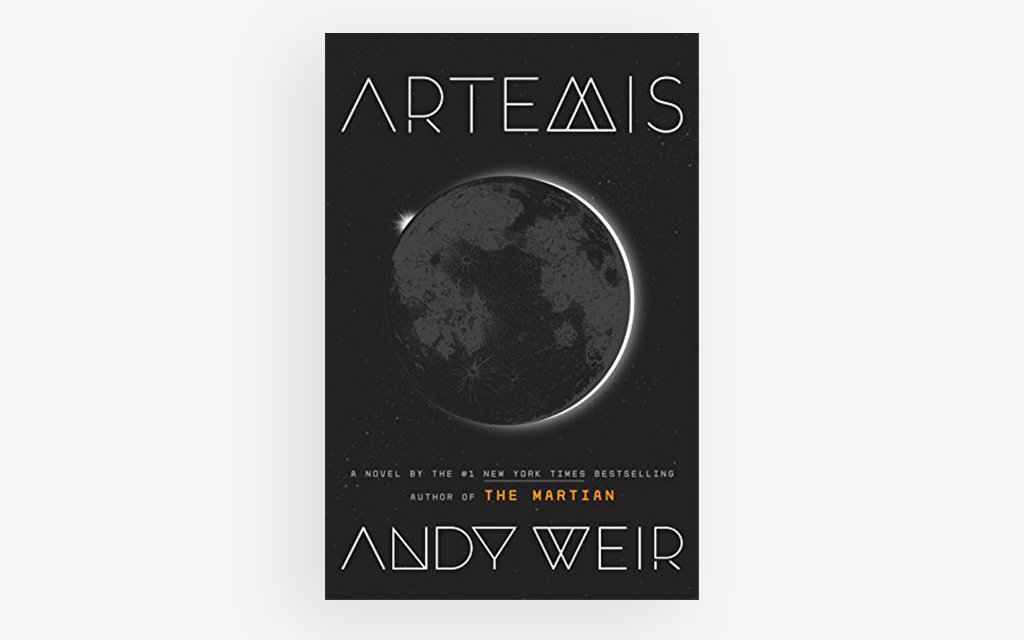 READ: Artemis
The Martian was a self-published phenomenon a few years back — and a pretty good movie that stripped out all the science (blame Ridley Scott). Andy Weir’s second book, however, is more of a hardboiled crime novel … set on the moon. A fun bit of sci-fi noir to read during your inevitable flight delays. (Nov. 14)

SUBSCRIBE: Charcoal Book Club
The world’s first photobook-of-the-month club is here to sex up your home. Handpicked photo journals sourced from “the most respected photographers and publishers in the industry,” and a must-have for any man’s (or woman’s) bookcase. Our five favorites are here. (Nov. 8)

ATTEND: Dark Kabaret
The more you read the event description the less sense it seems to make, but perhaps that’s the point. It’s Moulin Rouge meets magic, comedy and music in a hundred year old Chinese Opera House, (is this a Stefon skit?), for one night only. Women wear gowns, men wear frocks. Go have fun. (Nov. 17)

PLAY: Call of Duty WWII
After a few wayward missions to space, the first-person shooter heads back to its “boots on the ground” World War II roots. You, too, can experience D-Day! And a co-op mode where you fight Nazi zombies (note: it’s OK to punch Nazi zombies). (Nov. 3)

CATCH: IlluminateSF
Move over, Paris. Beginning on Thanksgiving, and for the fifth year in a row, the entire city will light up with dozens of cosmic, eco-friendly light installations, presented by SF’s best conceptual sculpturists. Book a guided tour or seek ‘em out on your own. Don’t go to Best Buy on Black Friday. (Nov. 23-Jan 1)

BINGE: Godless
“Mister, we’re a lot f*cking stronger than you think we are.” An outlaw takes refuge in a town run by badass women (and only women) in this new Netflix limited series, a violent western overseen by Steven Soderbergh and Scott Frank (Logan). (Nov. 22)