From Stonehenge to San Quentin Prison: 10 Unique Concert Locations Around the World

Red Hot Chili Peppers at the Egyptian pyramids are the latest band to rock a far-out venue.

With news that the Red Hot Chili Peppers are playing a concert at the Great Pyramid of Giza in Egypt today, we’re traveling the globe to locate the coolest, oddest, and greatest unusual concert venues from the past. From Pompeii to Antarctica, these 10 locations made the cut. Johnny Cash recorded his 31st album at San Quentin State Prison in the winter of 1969. The album was certified gold just six months later. During the performance, the camera crew was obstructing Cash’s view of the audience, causing him to flip the middle finger to the crew when they wouldn’t clear the stage after the singer had asked. Cash performed two songs for the very first time here: “San Quentin” and “A Boy Named Sue.”

Queens Of The Stone Age went underground for a 2007 concert in Germany. The band rocked out in a massive salt mine to a group of their biggest fans. The concert was promised to be released on DVD, but for unknown reasons that never happened. Fans created a change.org petition demanding the record label release the footage but that has yet to happen. 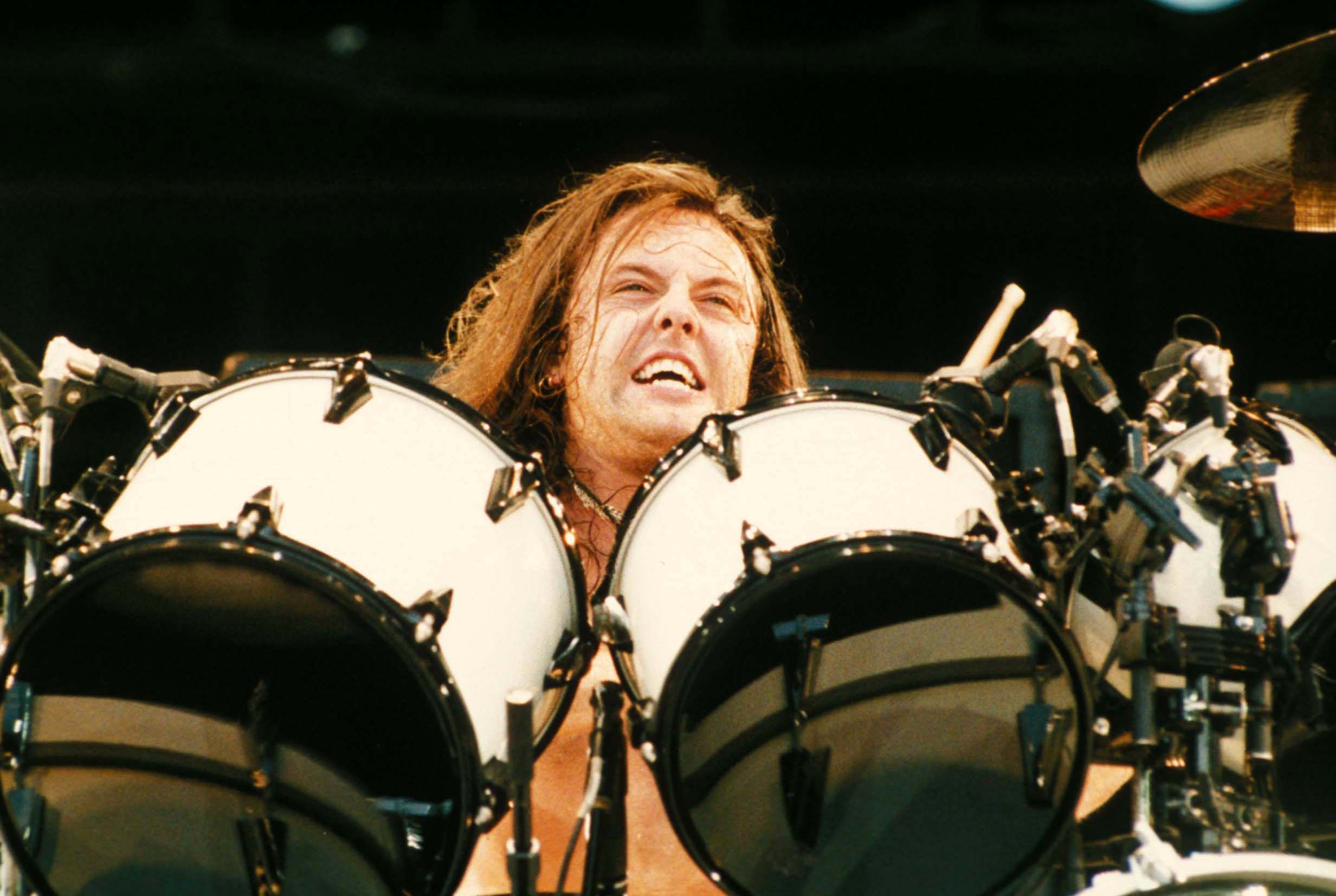 Metallica rocked out at two of the ten locations on our list, the first being Tushino Airfield in Moscow, Russia. In 1991, the band played at the Monsters of Rock concert at the airfield in a bill that also featured AC/DC, Pantera, and the Black Crowes during the free concert. The airfield has since been turned into a multipurpose stadium for music and sporting events. 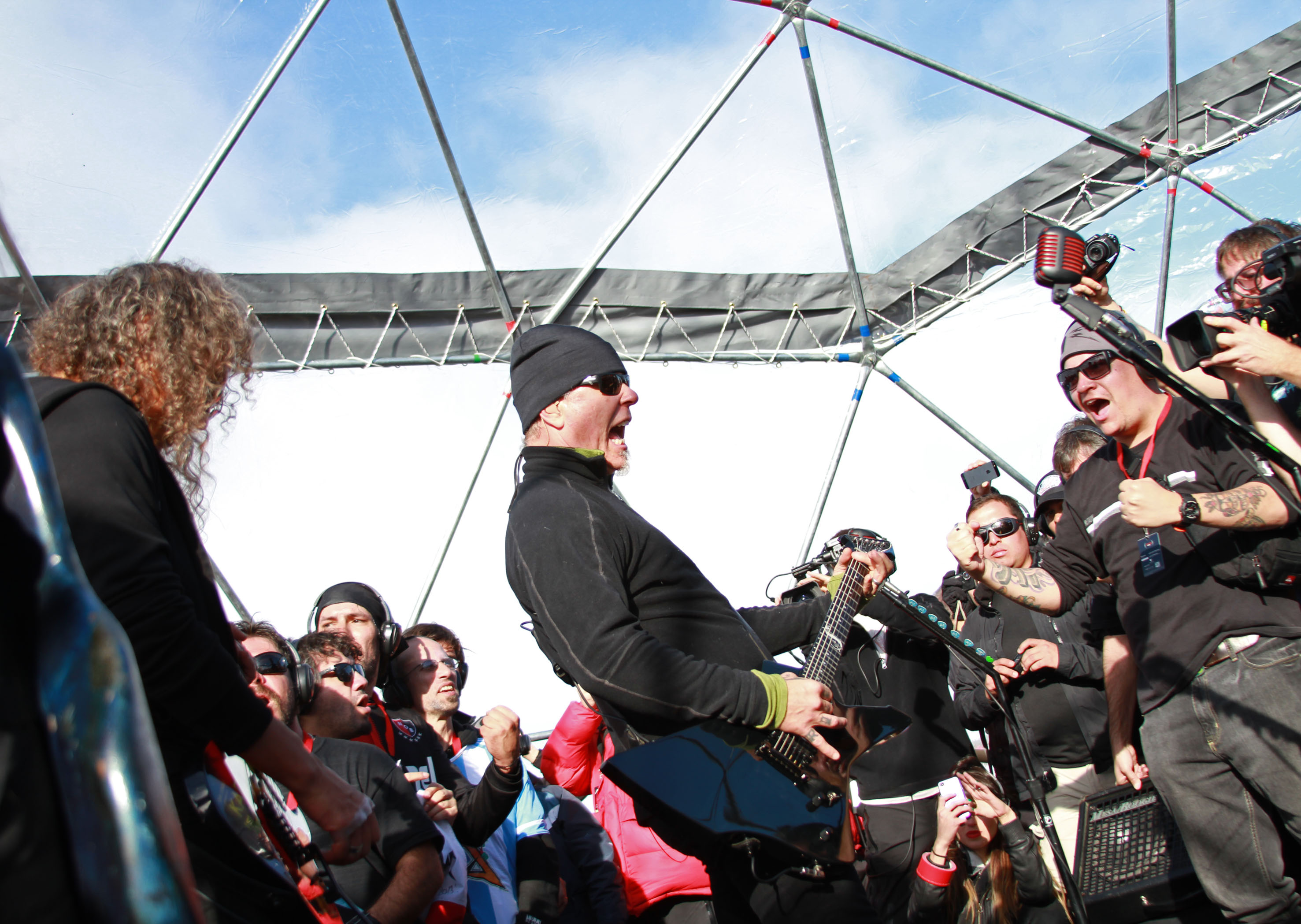 US heavy metal band Metallica’s lead vocalist, James Hetfield (C), and lead guitarist Kirck Hammet (L) perform in Antarctica on December 8, 2013. Metallica can now say it has performed on every continent after giving a rare concert in Antarctica to about 100 spectators wearing headphones. Sunday evening’s unusual concert, near a glacier and inside a transparent dome on Argentina’s Carlini base, took place in daylight because of the continent’s far-southern location, Argentine media said. AFP PHOTO / NA (Photo credit should read STR/AFP/Getty Images)
AFP/Getty Images

Twenty-two years after Metallica played an airfield in Moscow, the band, along with 120 superfans, rocked out to a 10-song set list of their biggest hits way down south in Antarctica. The hourlong show made it official: Metallica is the first and only band to play a concert on all seven continents. For about an hour, the Carlini Station in Antarctica was the most metal place on Earth. 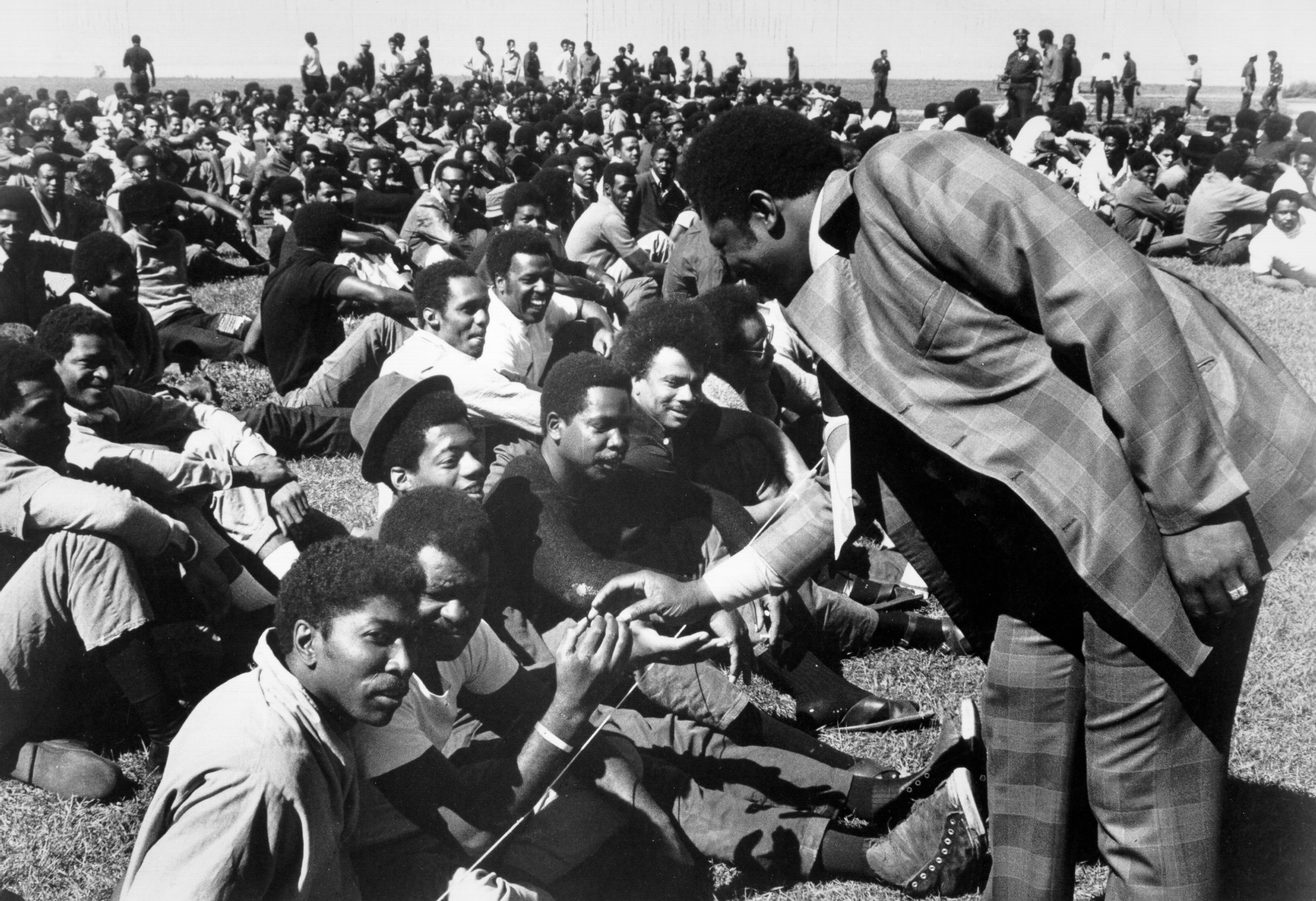 Johnny Cash wasn’t the only music man to play a show in prison. B.B. King rocked out to some of his then current as well as older hits at the Cook County Jail in Chicago. King also recorded the set for a album called Live In Cook County Jail. The album would go on to spend three weeks at number one on the Billboard R&B albums charts. 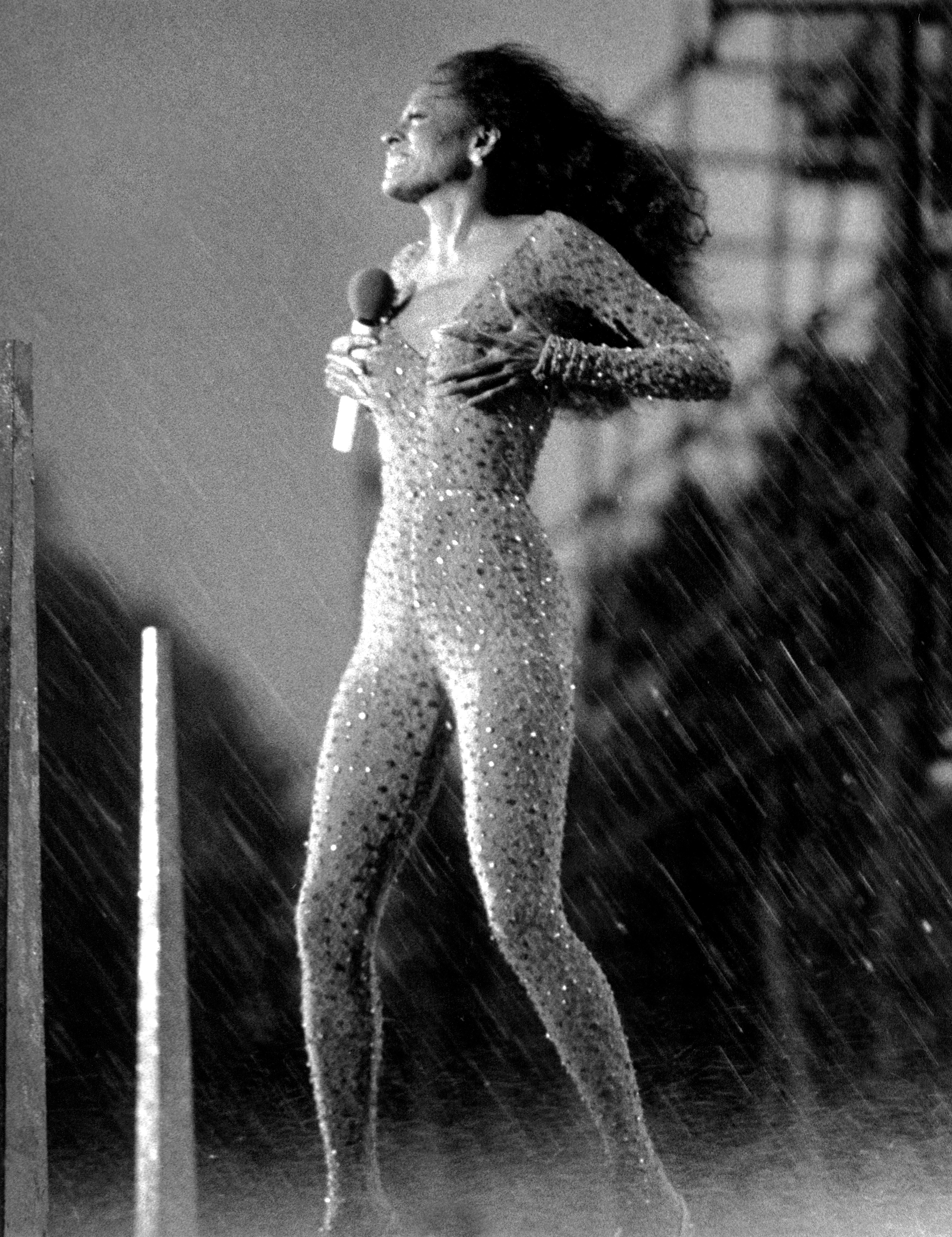 In 1983 between 450,000 to 800,000 fans packed into Central Park to watch Diana Ross sing and prance around stage during the pouring rain. Ross wasn’t the last superstar to play New York City’s most famous park. Some 750,000 people rocked out with country music legend Garth Brooks in 1997. 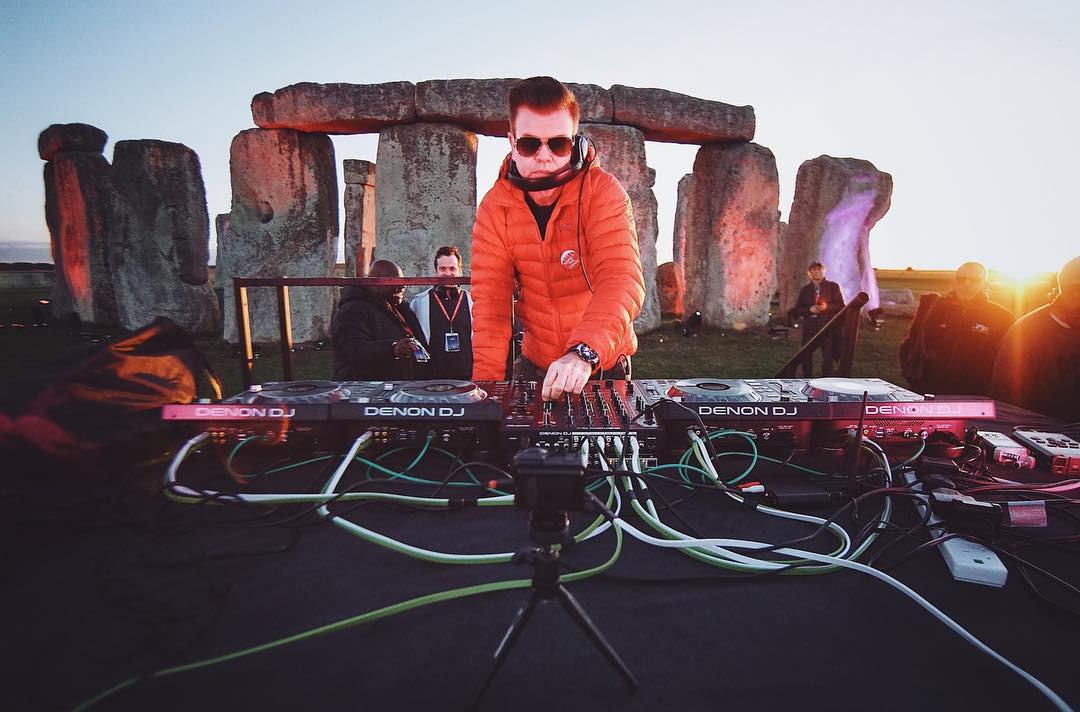 DJ Paul Oakenfold is no stranger to performing sets at odd (and amazing) locations. In 2003 the DJ played on top of the Great Wall of China- making him the first DJ to do so. Oakenfold made history again in 2018 when he became the first DJ to play a set at Stonehenge. He wrapped up his concert by spinning his newest track: “Stonehenge.” 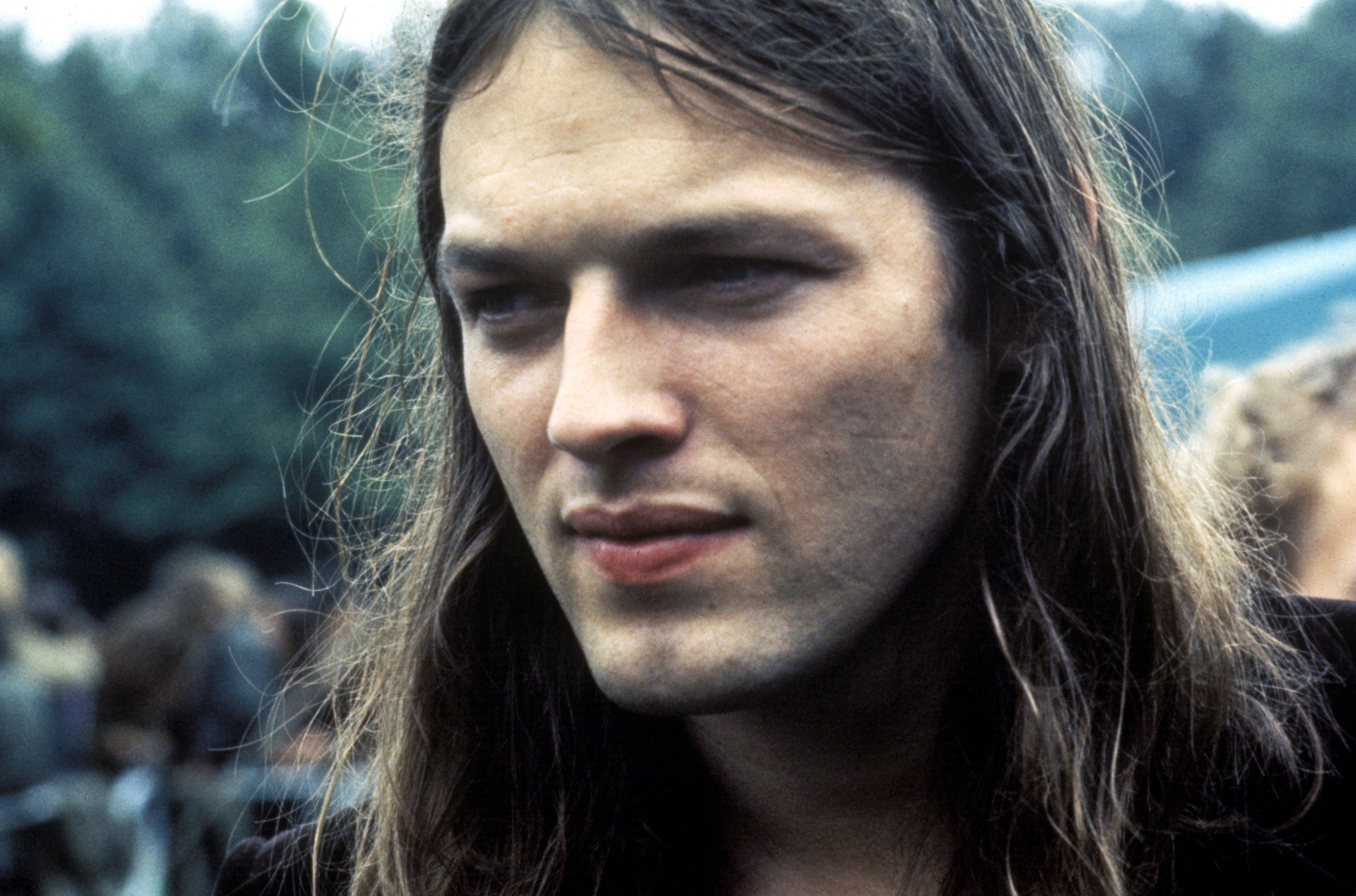 David Gilmour from Pink Floyd. In 1971 the band performed at Pompeii. (Photo by Gijsbert Hanekroot/Redferns)
Redferns

Filmed over four days during the fall of 1971, Pink Floyd’s epic Pompeii performance became a concert documentary. The doc premiered in 1972 at the Edinburgh International Film Festival. Later releases of the doc had supplementary footage added of the band exploring the area around Pompeii, where in 79 A.D. a massive volcanic eruption coated the entire city in lava. Additional footage of the band working on The Dark Side of the Moon was also included in a re-release. 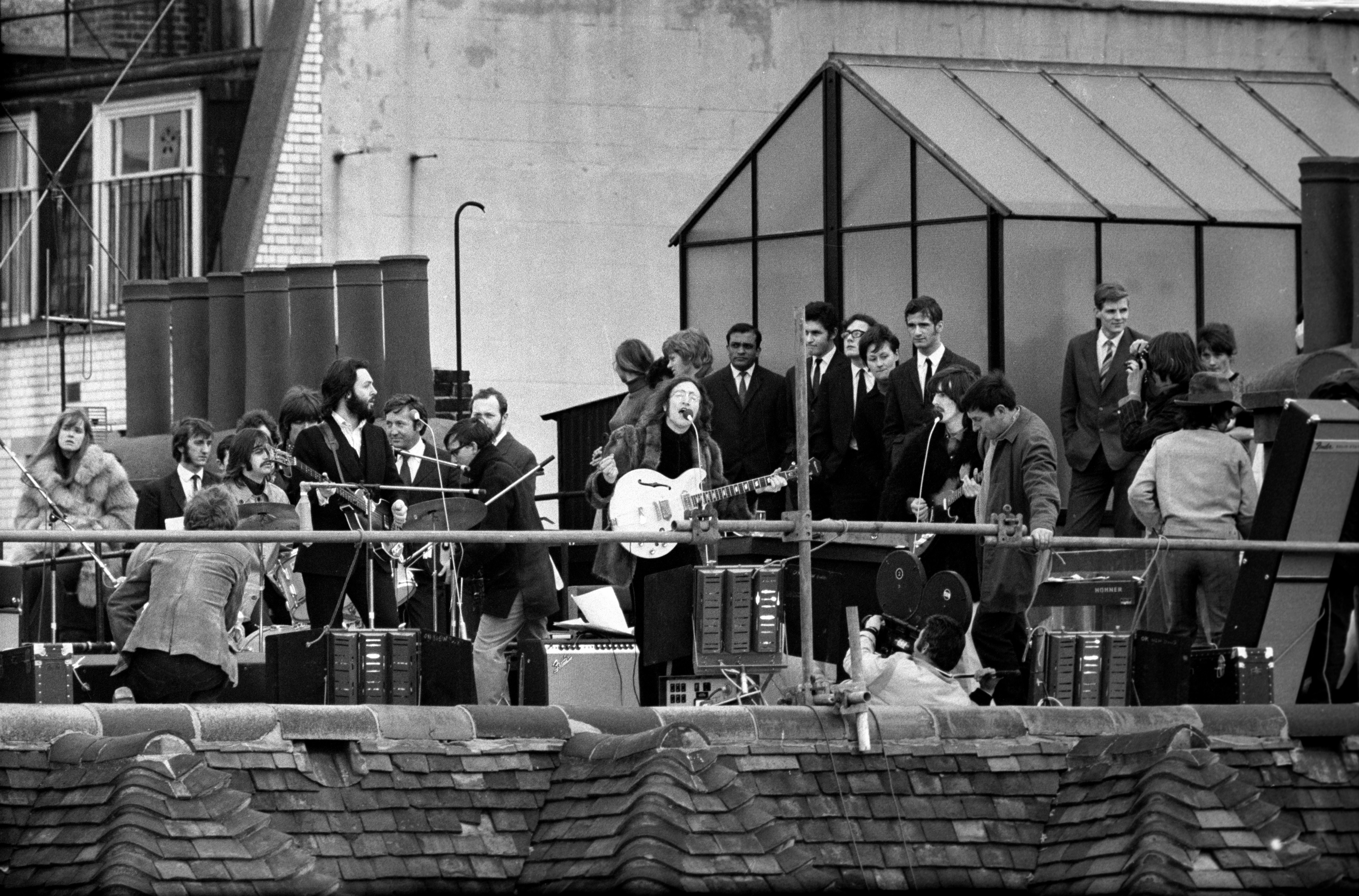 The Beatles as they play their final live performance on the roof of 3 Savile Row, Apple Corps headquarters, January 30, 1969 in London, United Kingdom. (Photo by Jeff Hochberg/Getty Images)
Getty Images

The last time the Beatles performed in public was also that time they did it on the top of a rooftop in London. The famous five played for about 45 minutes until the Metropolitan Police asked the guys to quiet it down. The rooftop belonged to Apple Corps, the band’s multimedia company. As cops climbed up to the roof to shut down the show, Paul McCartney changed the lyrics of “Get Back” and sang “you’ve been playing on the roofs again, and you know your momma doesn’t like it, she’s gonna have you arrested!”

The Defiled – Iceberg in Iceland

UK band The Defiled plays a concert on top of a floating iceberg in Iceland. (YouTube)

Braving sub-zero temps, The Defiled, an industrial metal group, made the trek across the Greenland Sea from Iceland to hop onto a floating iceberg for an epic rock concert. So much so it made hem the Guinness World Record holder for their accomplishment. Dedicated fans floated nearby on boats as they rocked out to the record holders. Locals helped the band load up the iceberg with their musical equipment and in return The Defiled donated a guitar amp and drum kit to the local community hall.