"I think in a lot of ways I was too in awe of what I was witnessing to be afraid."

Camille Seaman is an award-winning photographer well-known for her documentary and fine art work in the fragile environment of the Polar Regions. But her newest book, The Big Cloud, takes an intrepid journey into the warmer—and unpredictable—climate in the heartland of the United States.

Just a few glimpses at her photos snapped in Oklahoma, Kansas, Colorado, Nebraska, South Dakota and Minnesota—”Tornado Alley”—paint a breathtaking portrait of the pure power that whips through America’s Plains states each summer. RealClearLife recently interviewed Seaman to discuss her early influences, her decades of work, and what to expect in her newest book. 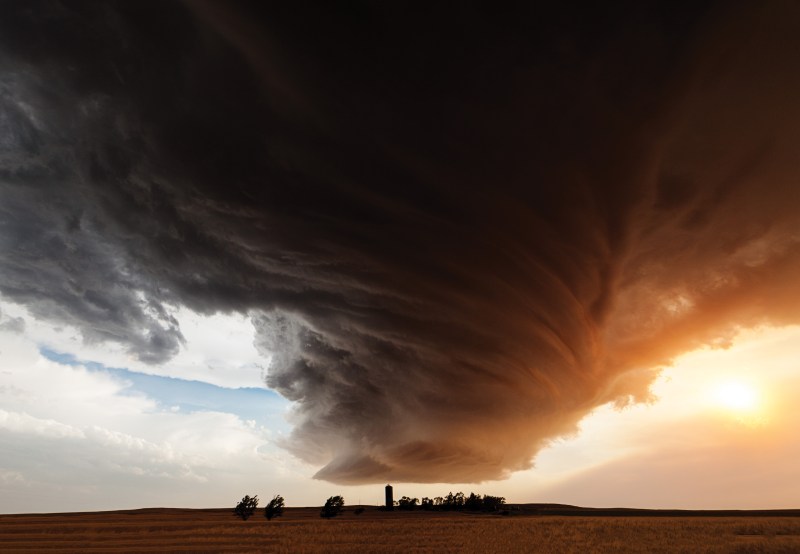 On her connection with the natural world:

“My Dad’s American Indian and my mom is Black and Italian, and I was raised very much by my father’s people. A lot of the education was basically informing us, the children, that we were connected to everything, that there was no such thing as separation. That whatever you did to nature, you were doing to yourself. So respect a tree, respect the water, respect animals, respect insects—because those are your relatives, literally.” 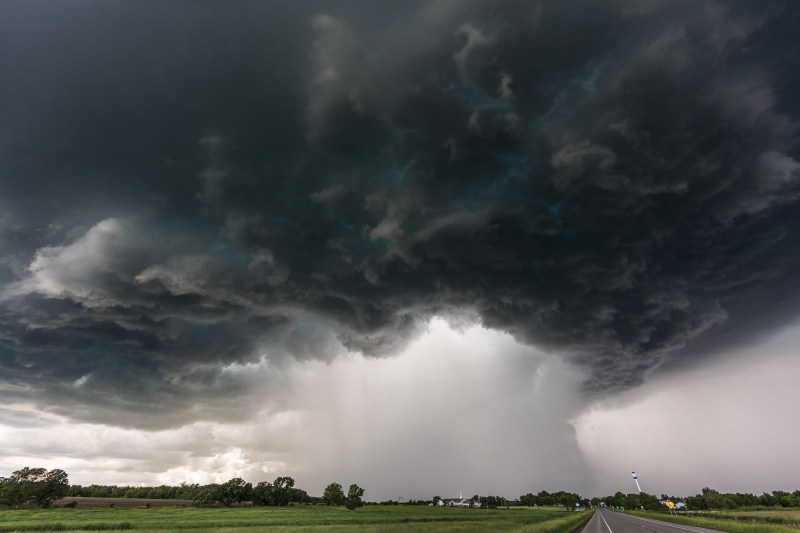 On first getting started storm chasing:

“I was totally unprepared for what it was. It was so visceral, it was so tactile. There’s the smell—you know the smell of the road right before it rains? There was this warm wind that had these sweet smells of corn and grass and wheat, and then there’s the colors and the quality of light, it was just so amazing. In just that one week of chasing I was like, “I’m hooked.” 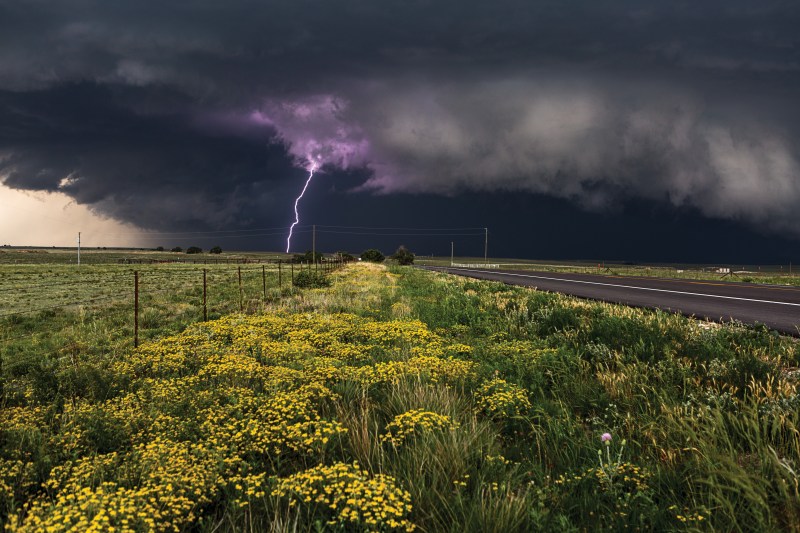 On feeling fear while chasing:

“Growing up (on Long Island), I remember being afraid of thunder and lighting and my cousins having to walk me home as a five-year-old because I was afraid of the thunder. But as an adult storm-chasing, I had of course outgrown all of that. I think in a lot of ways I was too in awe of what I was witnessing to be afraid.”

“Huge bolts that look like they’re a foot wide and really when they hit the ground the whole ground shakes, your car shakes, and you just think — ‘You don’t want to get hit by that.’ Or when hail the size of baseballs is pummeling your car—again, you have to have serious respect. You cannot think that you are somehow a golden child who is not going to be touched by this. And a lot of chasers out there, they do riskier things. They want to ‘punch the core,’ which means drive through the storm in the darkest part, and I have no need to do that. There were a few times that we had to do it because that was the only way through.”

But there’s “nothing but darkness” inside.

As a photographer, “there’s no point in being there.” 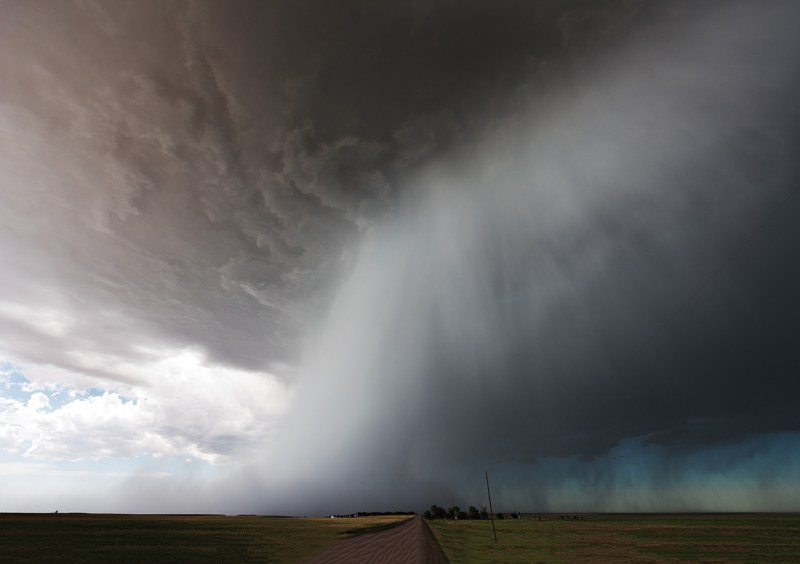 The storm that convinced her to quit chasing:

“The one storm that just totally humbled me was El Reno in Oklahoma, 2013. All you have to do is tell chasers, ‘Oh yeah, El Reno.‘ We all know it. That’s the storm that killed multiple chasers, including Tim Samaras and his son and his best friend, who were some of the most respected, safe chasers out there. And we thought, ‘Wow, if they could get killed?!,’ you know? Then we’re all vulnerable. And even before I knew that they had been killed, something about that storm felt different. It was the first time my daughter (age 14) ever texted me while I was chasing and said, ‘Mom, are you okay?’

“It hit me, something about that storm. I realized, I have a child. I have a child! What the hell am I doing? And not that I would stop chasing because I had a child, but it forced me to re-evaluate: ‘What am I doing, and why?’” 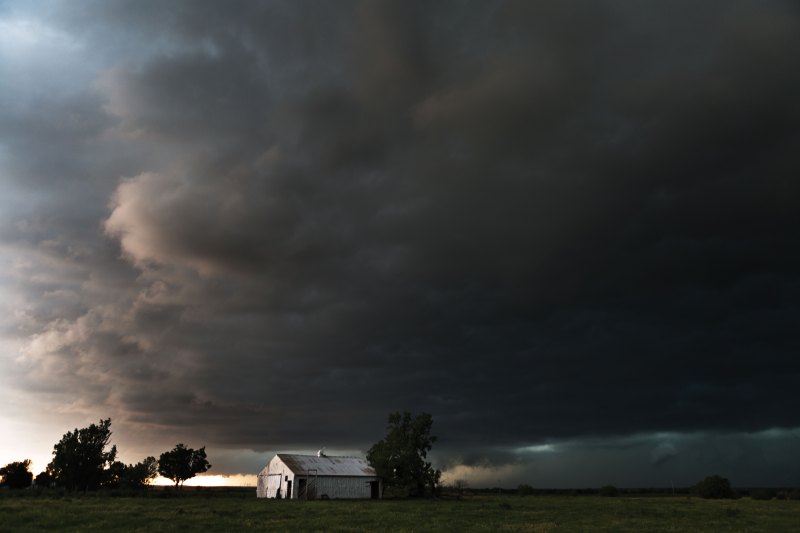 On what she hopes people take away from her photographs:

“I think all of my work—not even just the storms, but the ice, everything that I do, I hope at the end of my life they will say, ‘She dedicated her life to making images that showed how amazing our planet is, how beautiful life is on this planet.’ If I had a wish for people who see it, it is to appreciate the beauty and awesome power of our planet. To respect that.

“I think more and more as we live our modern lives we isolate ourselves from the outdoors, and when we are outside we want to do it on our terms: no insects, not too hot, not too cold. When you stand under one of these storms, you are literally forced to realize you are powerless. When you see this scale of energy, both creation and destruction in the same moment, you just have no other recourse except to be humbled.”