The British photographer, known for cinematic set pieces, discusses his iconic images, navigating art and business, and the one thing you should never call him

"If anyone calls me a wildlife photographer," explains David Yarrow, "they get fired."
David Yarrow Photography
By Josh Sims

David Yarrow isn’t ashamed about making money — a lot of money — from his photography. And that’s for deeply personal reasons.

“One thing detractors say is ‘yeah, well, Yarrow, he’s not a photographer, he’s a businessperson,’ and that doesn’t hurt me at all, because one of the problems with the creative arts is that creatives don’t have a business mentality and that’s dangerous,” the affable, straight-talking Scot tells InsideHook. “My mum was an artist and she went bust because she didn’t care about the business side. One of my mentors says, ‘It’s not creative if it’s not commercial,’ and there’s a lot of truth in that. There’s false pride in poverty in the arts.”

Yarrow started out as a sports photographer — he took that shot of a triumphant Diego Maradona, held aloft by his teammates at the 1986 World Cup — decided he wasn’t so into it, went into banking and launched a hedge fund, and then returned to what he decided had really been his passion all along. He effectively reinvented wildlife photography, by being extremely patient and getting dangerously intimate with his subjects, and by offering a fresh, often awe-inspiring perspective that glorified his subject.

“The best pictures you can look at for a long time and show you something you haven’t seen before,” Yarrow posits. But don’t you dare call him a “wildlife photographer.”

“I think wildlife photography has become quite toxic. And if anyone [on my team] calls me a wildlife photographer, they get fired,” the 56-year-old laughs. “I remember talking to the chairman of the Tate and he told me that the one supposed art form that left him cold was wildlife photography. I asked him why and he said, ‘Because I know what a fucking giraffe looks like. I don’t need to be told what a giraffe looks like, and then to be told it’s art.’ It’s not. Go on social media every day and there are all these people on safari in Kenya with long lenses just taking pictures of leopards. That’s not art. All you’ve proven is that you’ve been able to pay to be in a beautiful place, you’ve got good camera equipment and you’ve got lucky.” 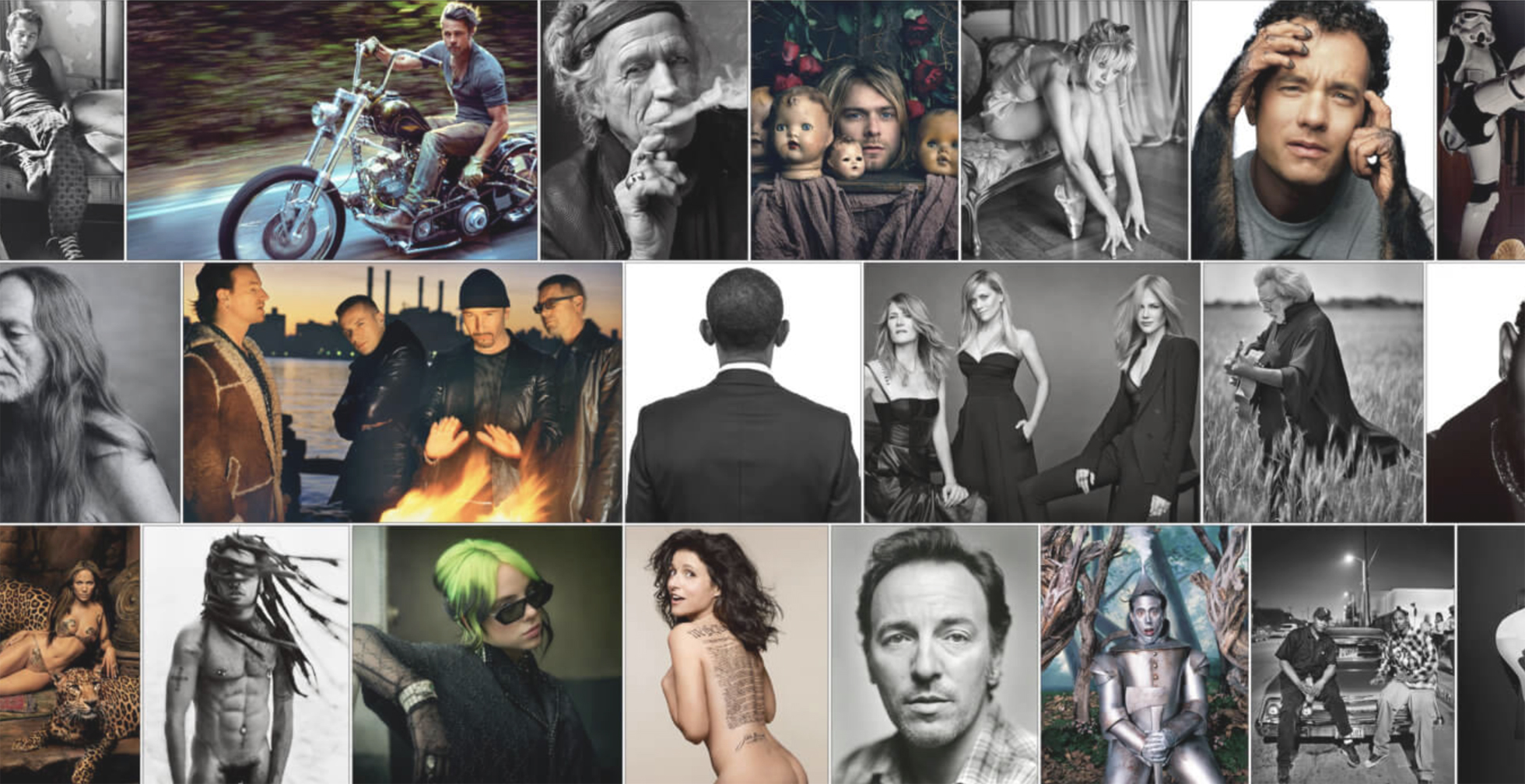 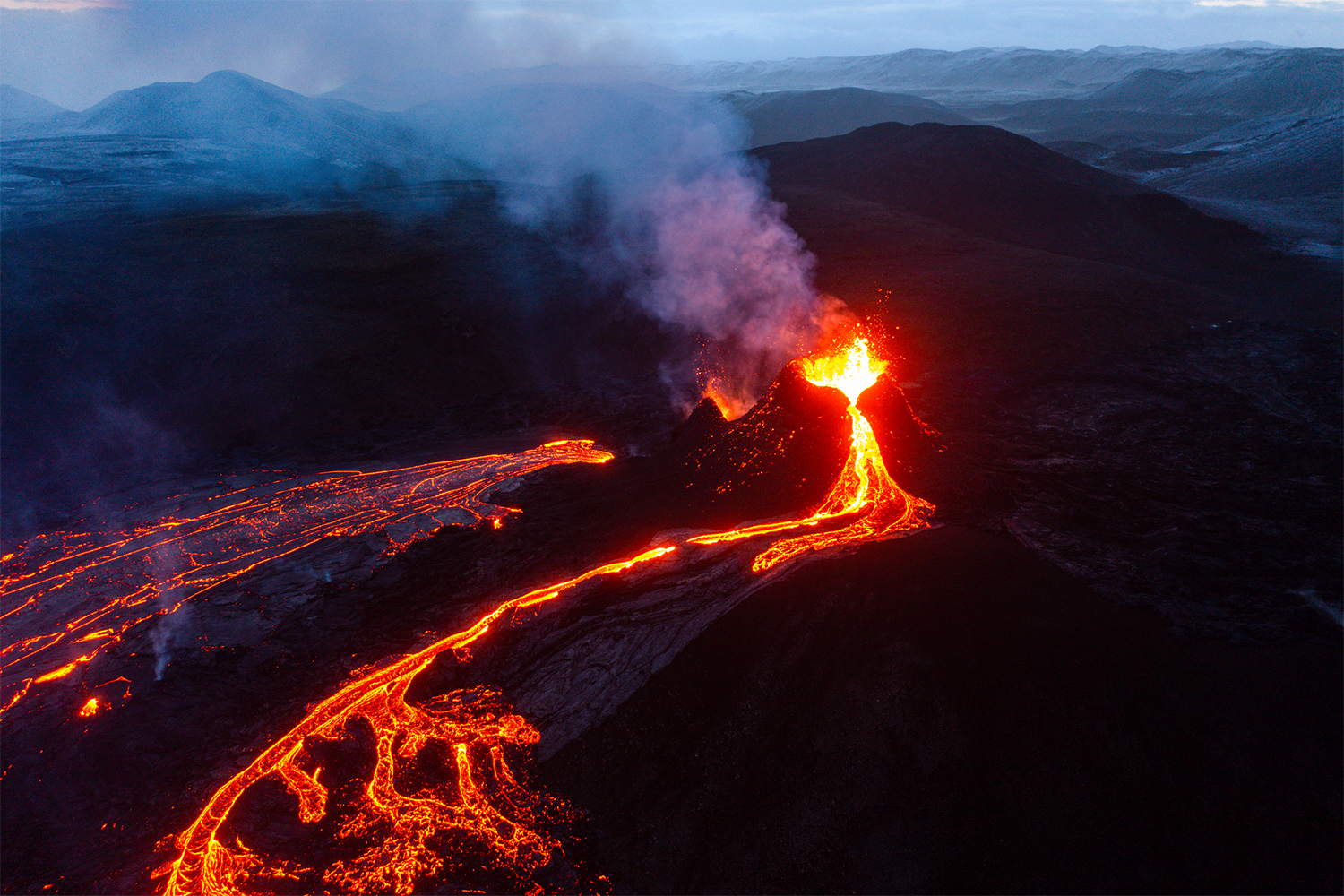 Being able to position photography as art, Yarrow says, quite upfront about it, is where the money is. Sure, he has deep affinity for the great outdoors and its inhabitants — a lot of the charity work he does with chums Chris Hemsworth and Cindy Crawford is to raise money to tackle disastrous events like the enormous bushfires in Australia in 2019 and 2020. You can’t not have an affinity for it when you’re face-to-face with a grizzly bear or a lion, he laughs, though he’s always been more worried around people than teeth and claws.

“People can do three things that animals can’t: They can get high — well, actually gorillas can get high too, but not in a bad way; they can get drunk; and they can buy guns,” he says. And that’s a very bad combination.

Yarrow is also very aware that his necessarily pin-sharp shots tend to work particularly well large-scale and that the people with the money to spend on art tend to have a lot of wall space to fill. Just as Jeff Bezos once said he wanted to build the most “consumer-centric” company ever, so, Yarrow jokes, he set out to be the most “wall-centric” artist ever.

Take, for example, his preference for black and white images. This is partly a product of his love of the cinema. Yarrow shoots in color but prints in black and white, because, he says, there’s a timelessness to monochrome, a reductiveness to it.

“Someone said that if you photograph people in color you see their clothes, if you do it in black and white you see their souls,” he says. But also because, in all seriousness, black and white works with anyone’s interior scheme. “Some colors are horrible to have on your wall. Yes, the monetizing is shameless,” he chuckles. 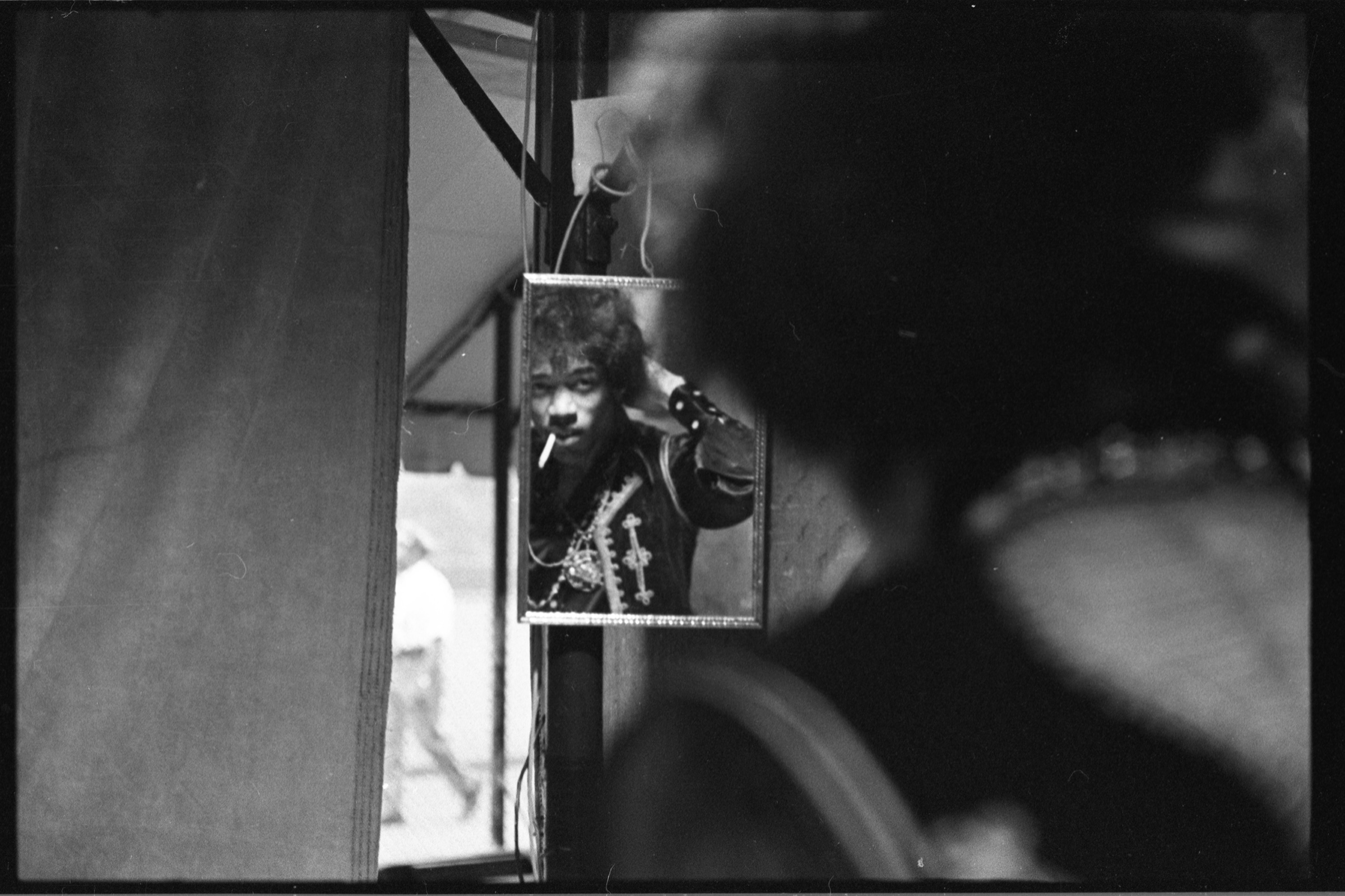 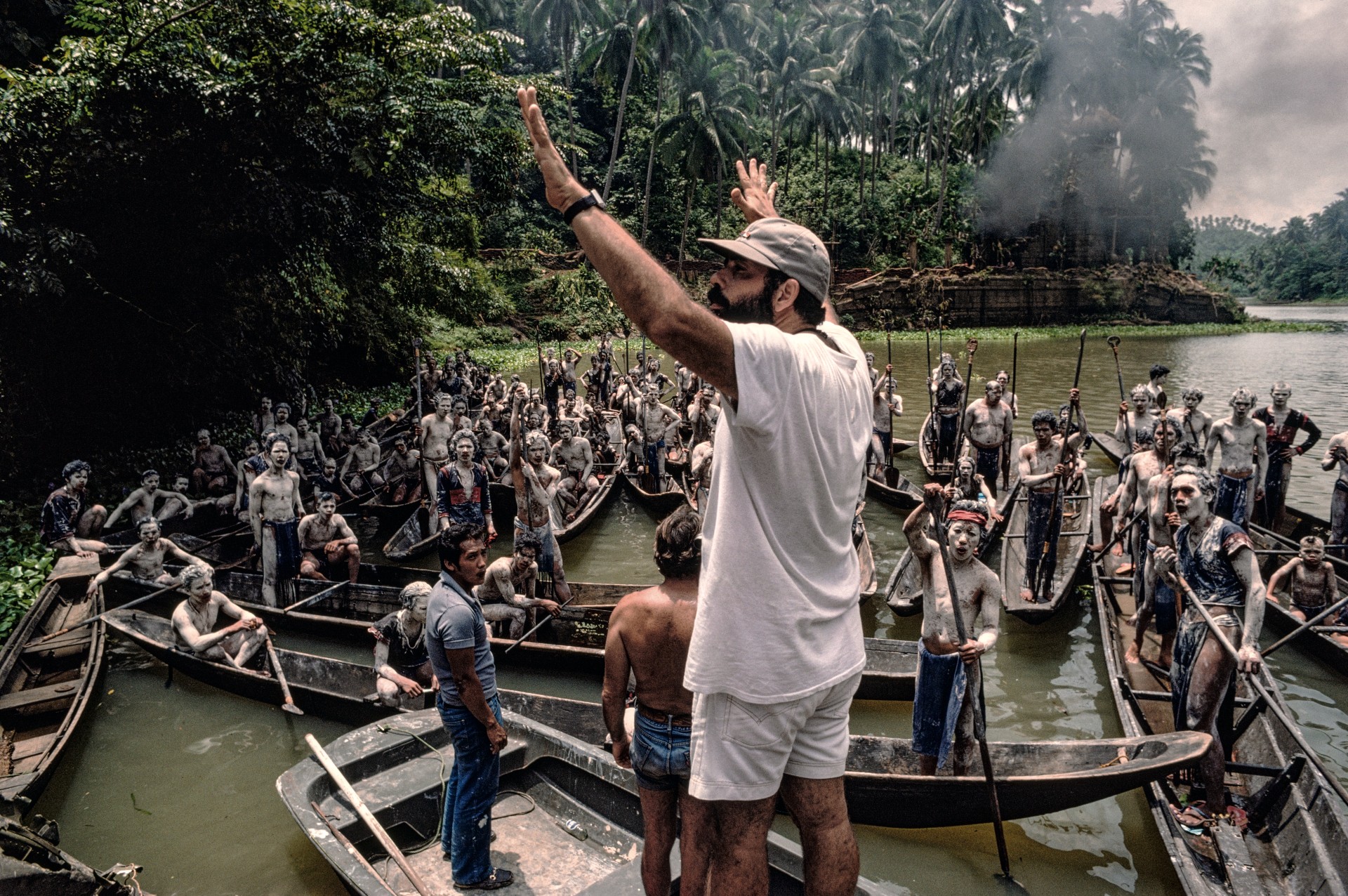 It’s just as well, since he seems to spend it as fast as he makes it. He is best known now for his monumental set pieces — essentially movie productions distilled into one frame — that can cost in the ballpark of $90,000 a day to shoot.

One of his most arresting shots, “Get the Fxxx Off My Boat,” part of a series based around The Wolf of Wall Street, involved catching multiple posed models, a popping champagne bottle and flying dollar bills on the back of a yacht. At sea. With a helicopter hovering overhead. And with, front and center, a real wolf, also posing. None of it is CGI.

That kind of expenditure really focuses the mind, Yarrow says.

“It’s not for the practitioner to call what they do art, but I did see an opportunity in that if the outside world saw my work as art then it would be willing to pay quite a lot for a picture,” he says.

He recalls taking a photograph of a shark attack in South Africa in 2011. It was printed around the world and he thought he’d finally entered the big time. When the check for all the publication rights came, it was around $17,000.

“And I calculated that it had cost me $18,500 to take the picture. So I thought, OK, this is the world’s worst industry,” he says. “But then a lawyer calling himself Jaws phoned and said he wanted a print for his office wall and I sold that one picture to him for $12,000. And that’s when the penny dropped.”

Yarrow spent the next 10 years making connections, showing his work and building a network of some 30 wholesalers around the world to sell it. It may cut against our romantic insistence that artists starve in garrets. Rather, it’s an eminently pragmatic way of getting his prints to collectors — and he now has a lot of dedicated collectors — wherever they and their blank-walled homes may be. And it allows Yarrow to focus on doing what he loves best: taking pictures.

It’s something he thinks he’s always getting better at. He has off weeks, he admits. “But I think you become a better photographer as you get older because [great] photography comes from the soul and your emotions are more mature,” he says.

Or maybe, he chuckles, “it’s just that the cameras are getting better.” 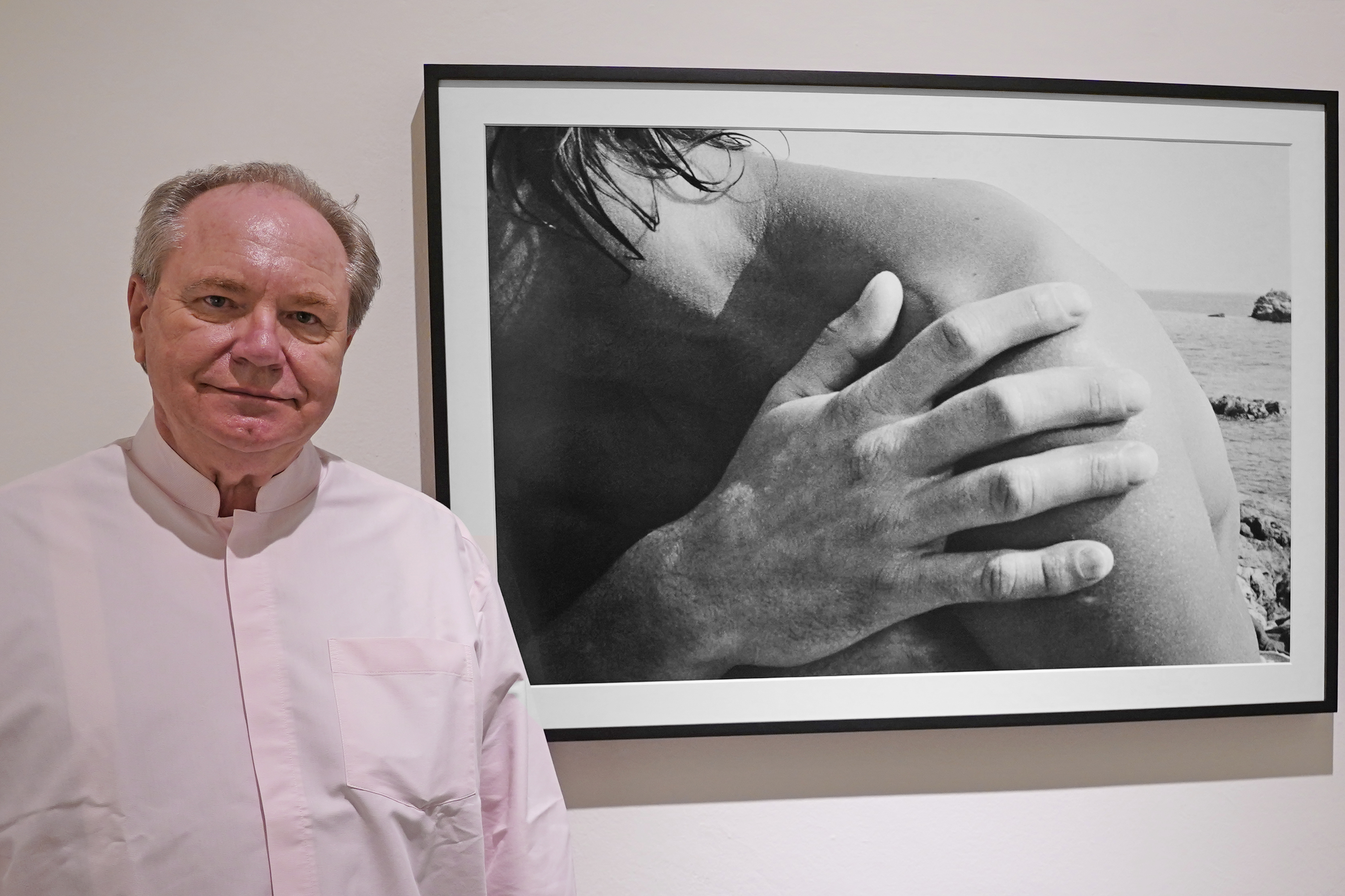 Hans Georg Berger Explains Why Photography Should Always Be a Conversation 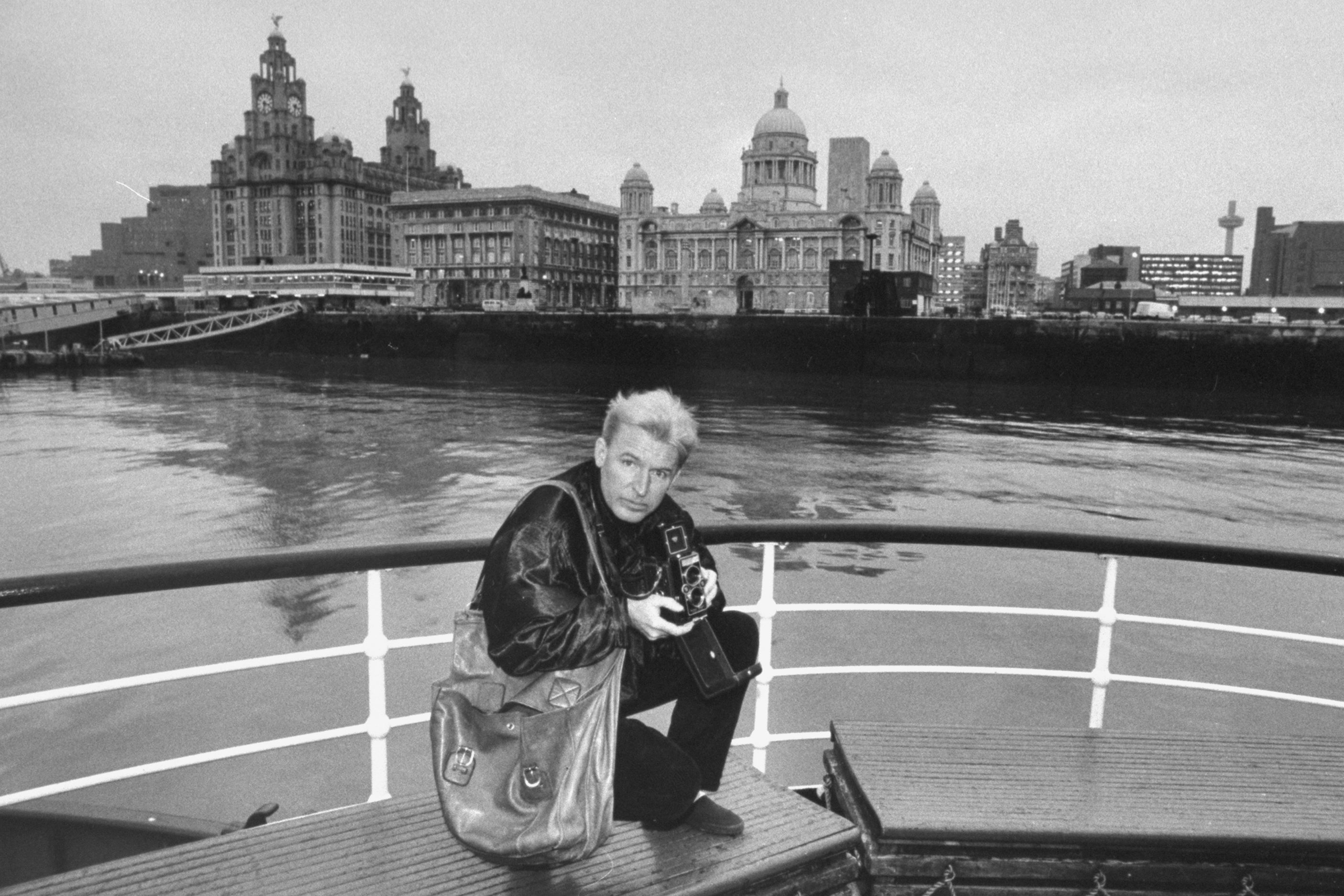 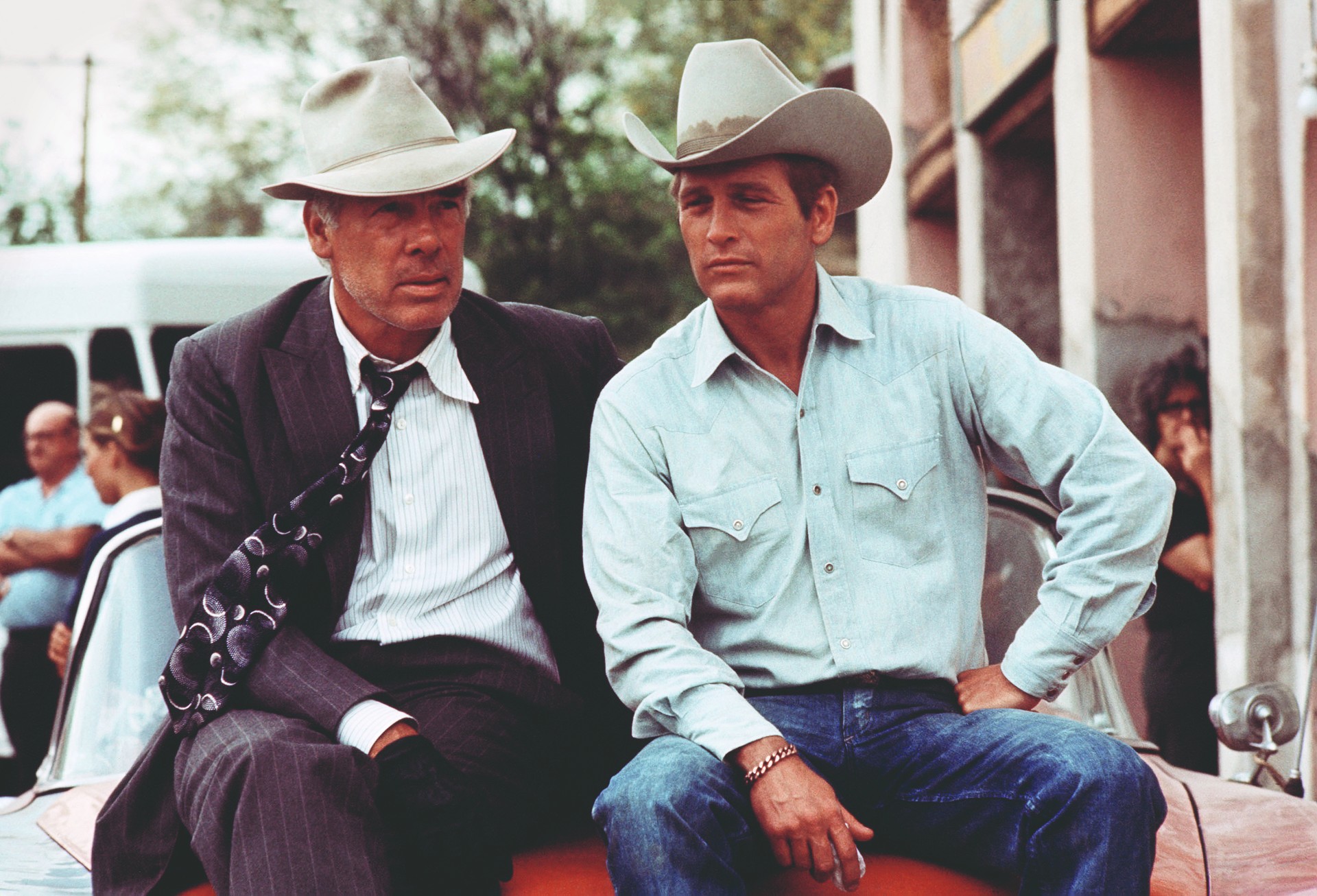