The Winner of the Iditarod 1,000-Mile Footrace Explains Why He Tried Five Times

The first time Pete Ripmaster entered the Iditarod foot race was in 2004, while pulling a 92-pound sled. He ended up getting lost and had blisters on his feet from his toes to his heels.

“If you think of golf tees, take a thousand of those, turn them upside-down and then step on the pointy top of the tees, that’s what it felt like,” Ripmaster said to RealClearLife.

The Iditarod, normally thought of as a dog-sled race, has evolved to the Iditarod Trail Invitational, which includes participants on foot and on bikes. The path cuts through some of the roughest terrain in the western hemisphere, with winds reaching 120 mph and temperatures that can drop to -50 or below. Participants can enter the 150-mile, 350-mile or 1,000-mile competition.

“People do it because its hard, its remote and its unique,” said Kathi Merchant, who has organized the race since 2003 and was the first female bike competitor in 2008. “A lot of people have really good jobs and sit in an office but they’re looking for adventure, they’re looking to find out what their limits are.” 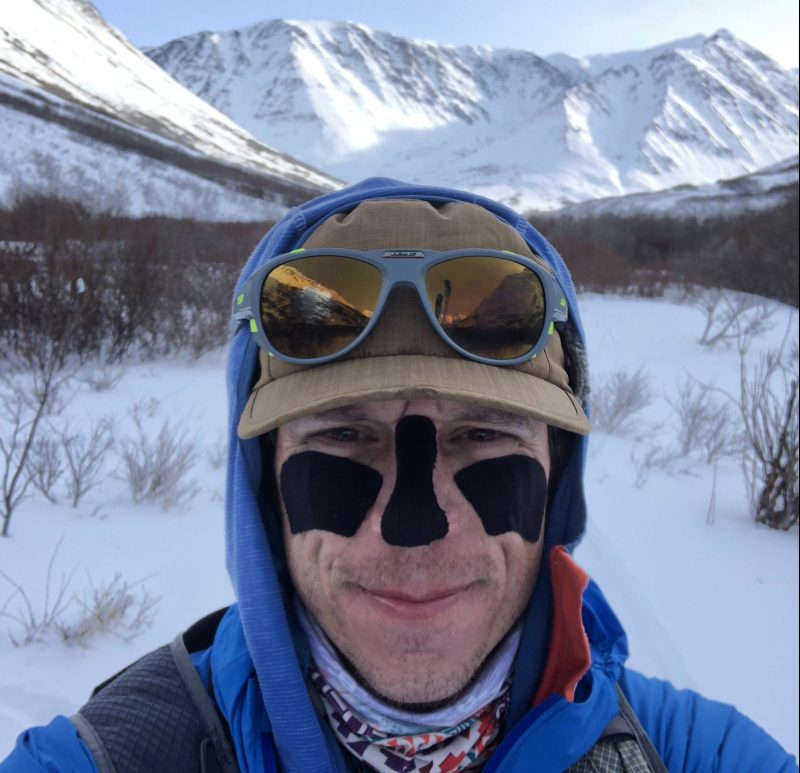 That year, Ripmaster completed the race in dead last.

“I think after his first year he was quite fascinated with the Iditarod trail, like a lot of people, and definitely had the urge to come back,” said Merchant.

And come back he did: Ripmaster entered for a second time, dropped 40 pounds from his gear and was in “fighting shape” when he got to Alaska. Like the first year, he was participating in the 350-mile race. He finished in six-and-a-half days and took third place that year.

But that wasn’t good enough. He went back the next year thinking he was ready to do the 1,000 mile race, which takes competitors from Seward to Nome. About 200 miles into the race, Ripmaster fell into the freezing Tatina River when an ice bridge he was slowly crossing collapsed, throwing him into the fast-moving waters.

“I thought I was going to be the first person to die on the trail,” the 41-year-old said while recounting the story during a phone interview. “It could have happened to anybody, I made all the right decisions.” Ripmaster had been testing the strength of the bridge with his hiking poles as he crossed.

Ripmaster said that one of the worst parts of the accident was that he was not able to talk to his wife, Kristen, before the story got out, so she read about it before she heard from him. However, Kristen stayed supportive, and backed his decision to continue trekking along. He made it another 300 miles.

“My mind was not where I needed to be,” he said. “I got 500 miles and I looked at the Yukon River and I just said goodbye. I didn’t have another 500 miles left in me at the time.”

“I had friends lose fingers and toes on the trail to frostbite,” he said. “That weather was trying to kill me.” 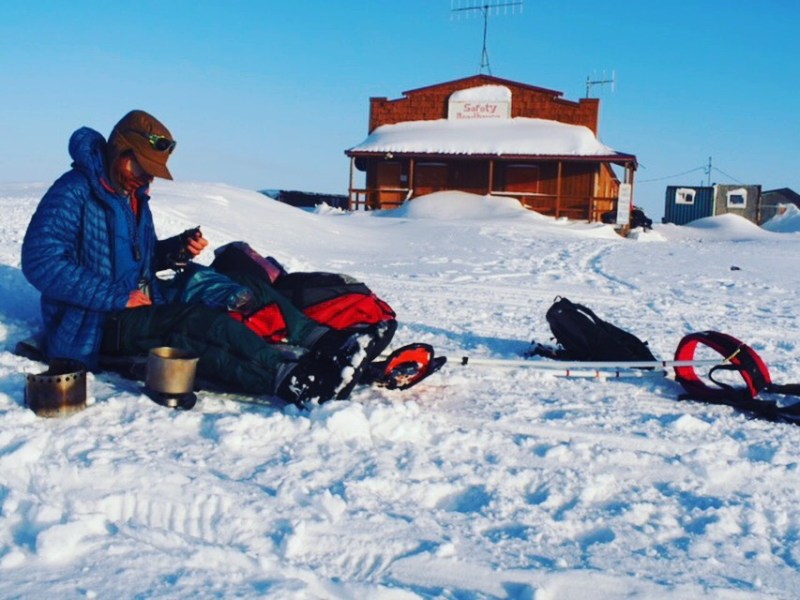 Ripmaster said that no one on foot was going past 350 miles, so he would have 650 miles by himself. He wasn’t comfortable doing that so he quit, but then he found out the bikers on the trip had great weather. He took that really hard and made a vow to himself:

“In my mind I kind of promised myself if there was no bone showing, I was going to finish this race,” Ripmaster said.

Ripmaster told RCL that competing in the Iditarod had been a dream since childhood — though not necessarily running it. As a boy, he had wanted to be a dog musher, which is why he moved to Alaska in the early 2000s to run dogs.

By his own account he’s always been “fiercely competitive.” As a kid, he was the happiest when he was outside. But in high school and college, Ripmaster said he started drinking and smoking and going down a path “of just selfishness.” But then his mom sent him on a NOLS expedition in Alaska when he was about 20-years-old, which was a “game changer.” 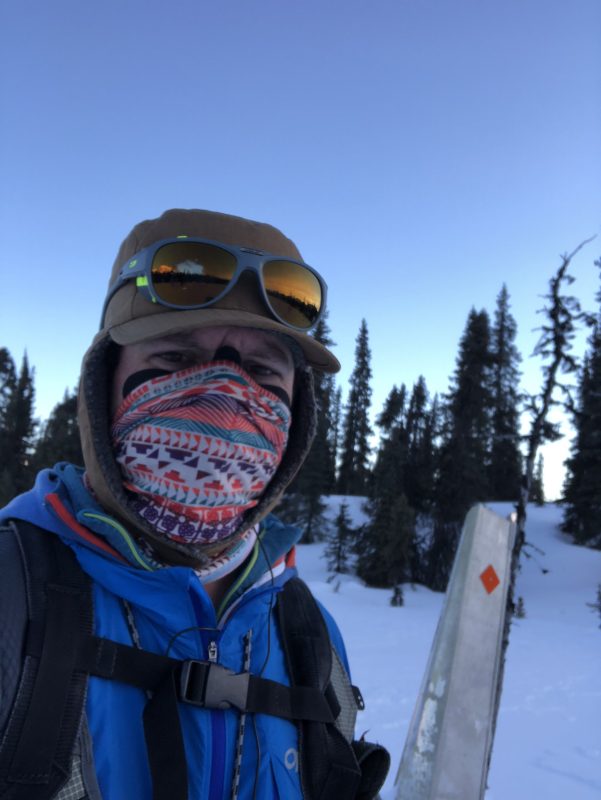 “Those guides smacked the snob out of me, they weren’t having any of it,” he said about the experience. “By the end of the month I realized there was more to life than what I can do, how could I could become, how famous I could be.”

“When I lost my mom, it was a punch to the gut,” he said. “I would love to say I lost my mom and it got better, but it just got worse for a while.”

So Ripmaster decided to make the move to Alaska and “re-find out who I was.” Though he tried to be a musher, he realized it wasn’t for him and started to focus on other outdoor activities. He and his wife moved to Asheville, NC in 2006 and he worked as a teacher and ran the Black Mountain Running Co. shop for several years, according to Citizen Times. He unfortunately later lost his father to prostate cancer.

He went on to run ultra-marathons — footraces longer than the traditional 26.2 miles — before applying to run in the Iditarod.

When Ripmaster entered the race in 2018, no one knew how “fired up” he was about completing the 1,000-mile trek. He saw this attempt as his third strike; if he didn’t make it, he was out.

He was not there to win the race, and decided to keep his pace steady. He successfully made it over the river he had once fallen in. He listened to a lot of books on tape and podcasts — his favorites include anything about adventure or stories about people who “have done way more than I have with way less than I have” — as well as some music  while trekking. He also focused on being in the moment and the “power of now” and would listen to Eckhart Tolle, a spiritual teacher.

But about 800 miles in, Ripmaster found himself at his lowest point, “bawling crying,” wondering if he could make it that last 200 miles. But one night, he met a local Alaskan man who lived in a town that the Iditarod cut through, with whom he sat and talked for hours. They saw each other a few more times while Ripmaster was on the trail — the man would follow Ripmaster on his snowmobile, and Ripmaster even met his family when he crossed through the town the man lived in. Ripmaster called the experience the most “reinvigorating moment of the Iditarod Trail.” He left his new friend thinking that he was going to “finish that damn race.” 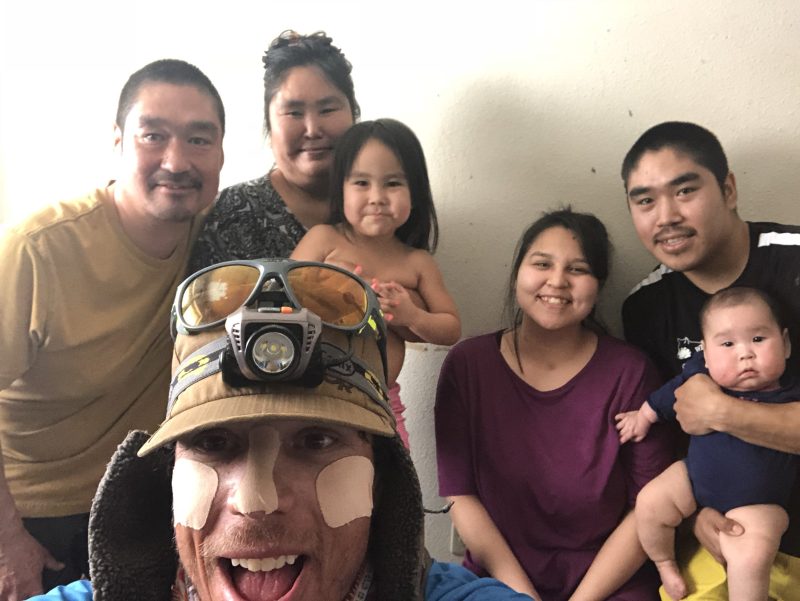 An Alaskan family Ripmaster met on the trail. (Courtesy of Pete Ripmaster)

“I was sick, I was tired, but all I had was my heart, just fighting a day at a time and really working about mindfulness, thinking about each day as a goal,” he said. “I gave everything I had on that trail.”

He crossed the finish line at 4:30 in the morning.

“And I had won the freaking Iditarod,” he said to RCL, reflecting on the moment months later.

So after five times, and one win, will he do it again? Definitely not.

“I don’t think personally that there is something harder to do than what I just did,” Ripmaster said to RCL. “Once you win the Iditarod, what the heck do you have to prove?”

Merchant said that in the last 18 years, about 60 people have completed the 1,000-mile Iditarod Invitational. She has communicated with Ripmaster since his win through email and said he was “very happy and very excited to finish that 1,000 mile event.” 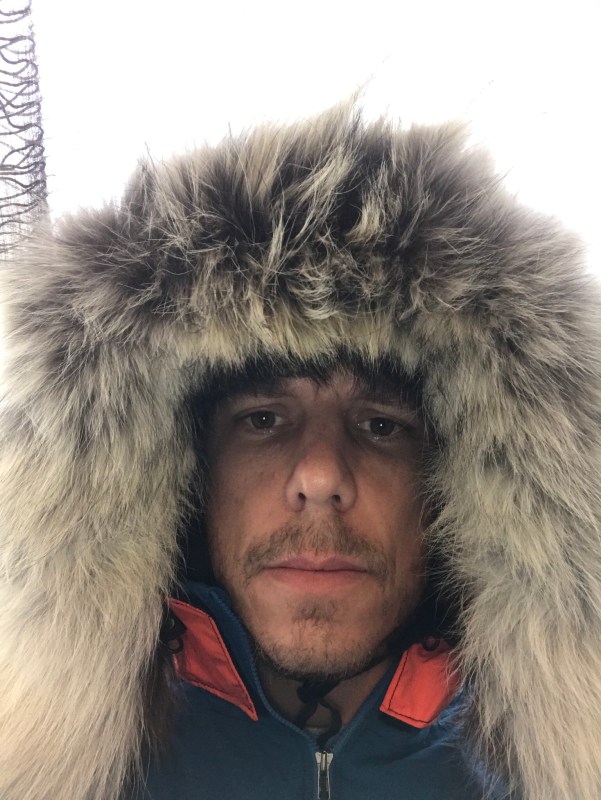 “More people summit Everest in one season than have gone to Nome, human-powered,” she said during a phone interview. “(The Iditarod) is the holy grail of ultra-endurance.”

Ripmaster plans on going back to being an ultrarunner and adventure. He is planning on working on a book and is “excited to share his whole life.”

“I freely talk about struggles because it paints a better picture for people,” he said, “and I want to inspire people.”