Cars Will Be an Afterthought in This New Dutch Neighborhood

Utrecht's "Merwede" will have just one car for every three households 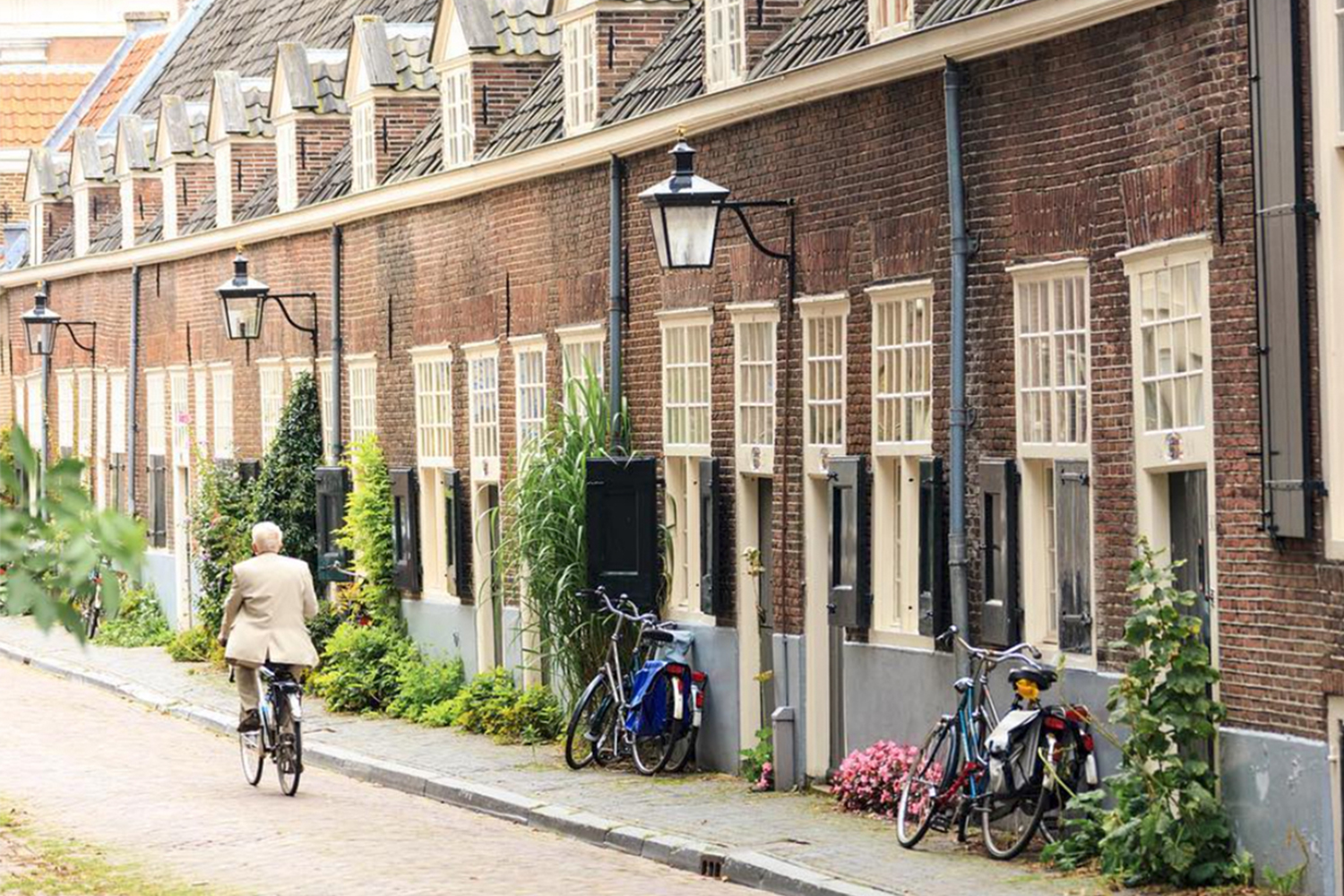 If you settle down in Utrecht's Merwede neighborhood, chances are this is how you'll commute.
Unsplash
By Tanner Garrity / February 6, 2020 7:00 am

Since 2011, Danish design company Copenhagenzie has published a comprehensive, biennial index of the globe’s best cities for urban cycling. Assessing parameters like infrastructure, facilities, traffic and even gender split, the company narrows the field down to 115 before publishing the top 20. In 2019, the Netherlands’s fourth-largest city, Utrecht, continued its quiet run of bipedal dominance; it placed third, behind Copenhagen and Amsterdam, for its fourth top three finish since 2013.

While the presence of the other two powerhouses is little surprise (the study is published in Copenhagen, after all), Utrecht has hung around thanks to its willingness to engage in gutsy, broadscale changes. In 2018, the project manager of Utrecht Centraal railway station said: “We will have 12,500 [bike] places by the end of 2018. But then we will have to do some research and find more places for the bikes. It never stops.”

They haven’t stopped. This year, Utrecht is increasing the station’s capacity to an astonishing 22,000 spaces. Residents in the city can now bike to the train station, which is the Netherlands’ largest, and skip off to other parts of the province, country or continent, then easily pick up their bikes upon return. Elsewhere in the city, smart traffic signals and “fast” lanes reserved for e-bikes have made getting around even more efficient.

The foundation to all this focus on cycling is a governmental distrust of cars, both as a functional mode of transportation in the city, and as a sustainable solution for human beings. Utrecht’s latest anti-auto measure is a planned neighborhood called Merwede, which will house 12,000 people on 60 acres in a southwest section of the city. There will be cars available, but only as a limited, regulated fleet — one for every three households. Transportation will focus instead on walking, cycling and public buses.

That’s assuming people want to leave. Here’s a sneak peek of the neighborhood. It’s a little Eden. Instead of exiting one’s home to cross a dangerous street, Merwede focuses on piazzas and promenades, where pacing is self-governed. Green space is championed too; terraces and courtyards will feature vertical gardens and solar panels, while new bridges will make sure crossing the city’s canals isn’t a hassle.

There are some concerns, of course. Namely: Who wouldn’t want to live here? What will the application process look like? Could projects like this lead to too many bikes in Utrecht’s lanes? Will there be local schools? When will they open? Fortunately, Utrecht has years to figure out those answers; according to Fast Company, the city will start moving residents into the neighborhood in 2024.

Trump Wants the NFL to Start on Time

Trump Wants the NFL to Start on Time