Cadillac’s First Electric Vehicle Is Proceeding Ahead of Schedule

The Lyriq has entered production

If you’ve been eagerly anticipating Cadillac’s first foray into the world of electric vehicles, the Lyriq SUV, there’s some encouraging news about when it might arrive at dealerships and driveways around the country. The Verge reports that production on the Lyriq has begun ahead of schedule. In a year where the auto industry has abounded with production delays and supply chain issues, this feels not unlike the proverbial breath of fresh air.

Initially, production hadn’t been slated to begin until later this year. As of Monday, however, production is underway in Tennessee.

What’s less clear right now is what prospective buyers might have to choose from in terms of options or trim. That being said, there are plenty of people in the “prospective buyer” camp — the article notes a figure from Cadillac indicating that 240,000 people have expressed an interest in the Lyriq. Expressing an interest doesn’t translate into a sale or a reservation payment, but it’s still pretty encouraging.

And the early details on the Lyriq are enticing, including a battery that can travel for 300 miles on a charge. It’s the first Cadillac to make use of the Ultium architecture, an ambitious plan that will have ramifications across GM.

Cadillac’s vice president for global sales, Rory Harvey, told The Verge, “We’re going straight to orders as of May the 19th.” Deliveries are anticipated to begin late this year or early in 2023. 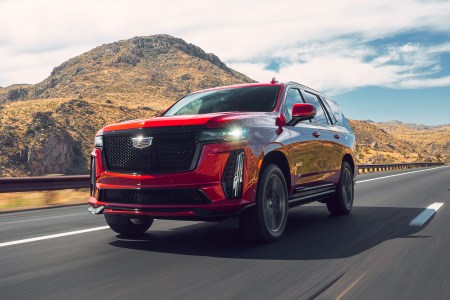 Review: The Cadillac Escalade-V Is a Mega Yacht With Rocket Power 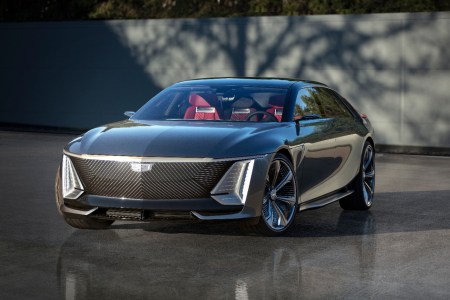 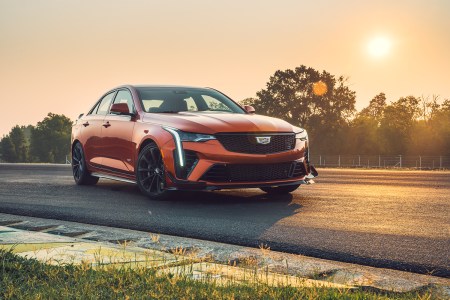 The Cadillac Blackwings Prove American Muscle Is Not Dead Yet