On Monday night, the host repeated a joke from a 2018 Gervais special on "The Late Late Show" without citing him

You’d think that he’d be trying to lay low after a week of negative press resulting from his public feud with Balthazar owner Keith McNally, but James Corden has once again found himself mired in controversy. This time, it’s not an egg-yolk omelette at the center of the scandal, but rather an old Ricky Gervais bit that Corden seemed to pass off as his own on The Late Late Show on Monday night.

Corden mentioned Elon Musk’s recent purchase of Twitter, and delivered the bit thusly: “That’s what I think when you see Elon Musk talk about Twitter, he says, ‘Well, it’s the town square,’ but it isn’t. Because if someone puts up a poster in a town square that says ‘Guitar lessons available,’ you don’t get people in the town going, ‘I don’t want to play the guitar! I want to play the piano, you piece of shit!’ Well, that sign wasn’t for you, it was for somebody else, you don’t have to get mad about all of it.”

The joke was nearly a word-for-word recitation of a bit from Gervais’s 2018 Netflix special Ricky Gervais: Humanity. In that special, Gervais was riffing about everyone being too sensitive on social media, saying, “They choose to read my tweet, and then take that personally. That’s like going into a town square, seeing a big notice board and there’s a notice — ‘Guitar lessons’ — and you go, ‘But I don’t want fucking guitar lessons.’ Fine, it’s not for you then, just walk away. Don’t worry about it!”

In a since-deleted tweet, Gervais shared a clip of Corden copying his material and wrote, “The bit about the town square advert for guitar lessons is brilliant.” When a fan tweeted at him asking if Corden asked permission to use the joke, Gervais responded, “No. I reckon one of the writers ‘came up with it’ for him. I doubt he would knowingly just copy such a famous stand up routine word for word like that.”

Of course, it’s crazy that anyone — writer or otherwise — would knowingly copy another routine like that. Could it be that someone on Corden’s staff is setting him up? Surely they couldn’t have thought that they’d actually get away with stealing a joke and repeating it on national television, especially when anyone with a Netflix subscription can call up the source material with the click of a button? 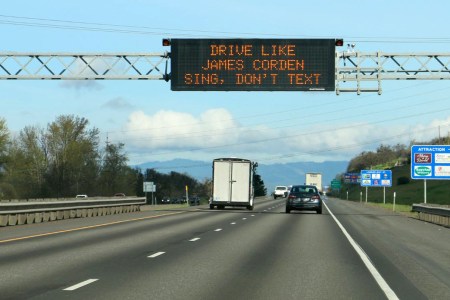 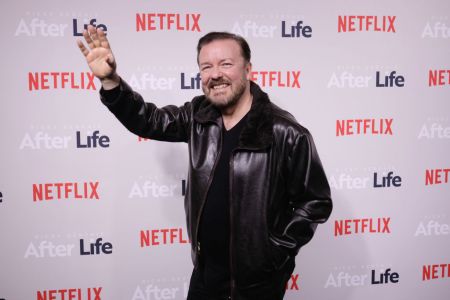 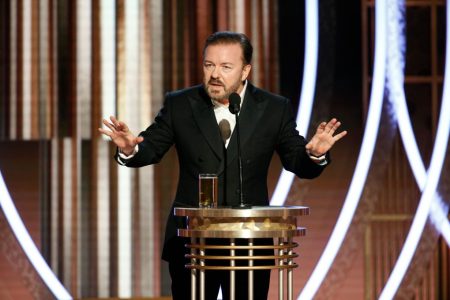