On the Friday following Election Day 2020, Bill Maher took to the stage to open a new episode of Real Time With Bill Maher. His audience was especially vocal in their applause, which led Maher to point out that a number of states had legalized marijuana. “It significantly expands where I can tour,” Maher quipped. “What else is in the news?” he said, before nodding to the election, triggering a balloon drop, and dubbing the United States “the third most democratic country in North America.”

Maher’s comments on the election largely focused on barbs directed at Donald Trump, with a few told-you-so moments focused on the ongoing dispute over recounts. And then things took a slight turn. The guests for the evening’s episode weren’t necessarily the first names one would think of for post-election commentary, but they illuminated different elements of various ongoing national discussions — and raised points that will be of lasting interest after all the ballots have been counted.

First up? Tristan Harris, co-founder of the Center for Humane Technology and one of the interviewees in the documentary The Social Dilemma. The first topic Harris addressed was one directly related to the election: the ways social networks offer their users “a micro-reality in which we’re sure that we’re right and the other side is wrong.”

“Our national psyche is now fractured against itself,” Harris said, citing a few statistics to point out how polarization has led to misconceptions of partisan rivals. From there, Harris and Maher began to discuss questions of free speech and censorship (or, at least, the appearance of censorship). Maher also lamented a lack of historical knowledge among many Americans; Harris countered that social media effectively rewiring its users’ brains was also responsible for this issue. Each, in their own way, brought up the importance of media literacy, a vitally important concept as its reach expands.

For the episode’s panel, Maher was joined by Rosa Brooks of the Transition Integrity Project (and author of the forthcoming Tangled Up in Blue: Policing the American City) and Malcolm Nance, counter-terrorism analyst and author of The Plot to Betray America: How Team Trump Embraced Our Enemies, Compromised Our Security, and How We Can Fix It. Maher cited the way local election officials had handled the election as evidence of sturdiness in at least some of the country’s institutions.

Nance pointed out that Maher was among the first members of the media to unequivocally call the election in favor of Joe Biden. Brooks brought up the example of Richard Nixon’s resignation, and wondered out loud if the coming days and weeks would bring something similar or contrasting from Trump.

The conversation grew more serious from there. Nance raised concerns about “a political paramilitary insurgency” causing trouble in the near future — and cited the recent pro-Trump convoys as a potentially nascent version of this. Brooks took a more optimistic view, but seconded several of Nance’s points about the damage radical groups could accomplish.

Over the course of an extensive and wide-ranging discussion, both Brooks and Nance hearkened back to points Harris had made in his interview — specifically, that social media’s algorithms can heighten this divisiveness and radicalization. Brooks mentioned that Nance has a forthcoming book about right-wing extremists conducting information warfare. And Nance himself raised a chilling point, discussing the use of eliminationist rhetoric in the lead-up to the Rwandan genocide — which he’s found parallels to in contemporary America. Later, Maher cited war in the Balkans as another example of this; for all that the episode began on a celebratory note, it certainly took an ominous turn.

New Rules brought the episode to a close, which included more digs at Trump as well as at people who threatened to move to Canada if the election results didn’t go their way. Perhaps the highlight was his suggestion that someone invent “5-Hour Kornacki” energy drink. Maher closed on an unexpected note: arguing that the engagement of Gwen Stefani and Blake Shelton offers an important lesson for national reconciliation.

Maher spoke about his fondness for the entire country. “When people talk to you in Oklahoma, they’re not scanning the room to see if there’s someone more important,” he said. (Though — never one to pass up the opportunity for a punchline — he did immediately follow it with a dig at Oklahoma.) “No president can unite us,” Maher said. “We have to unite ourselves.” 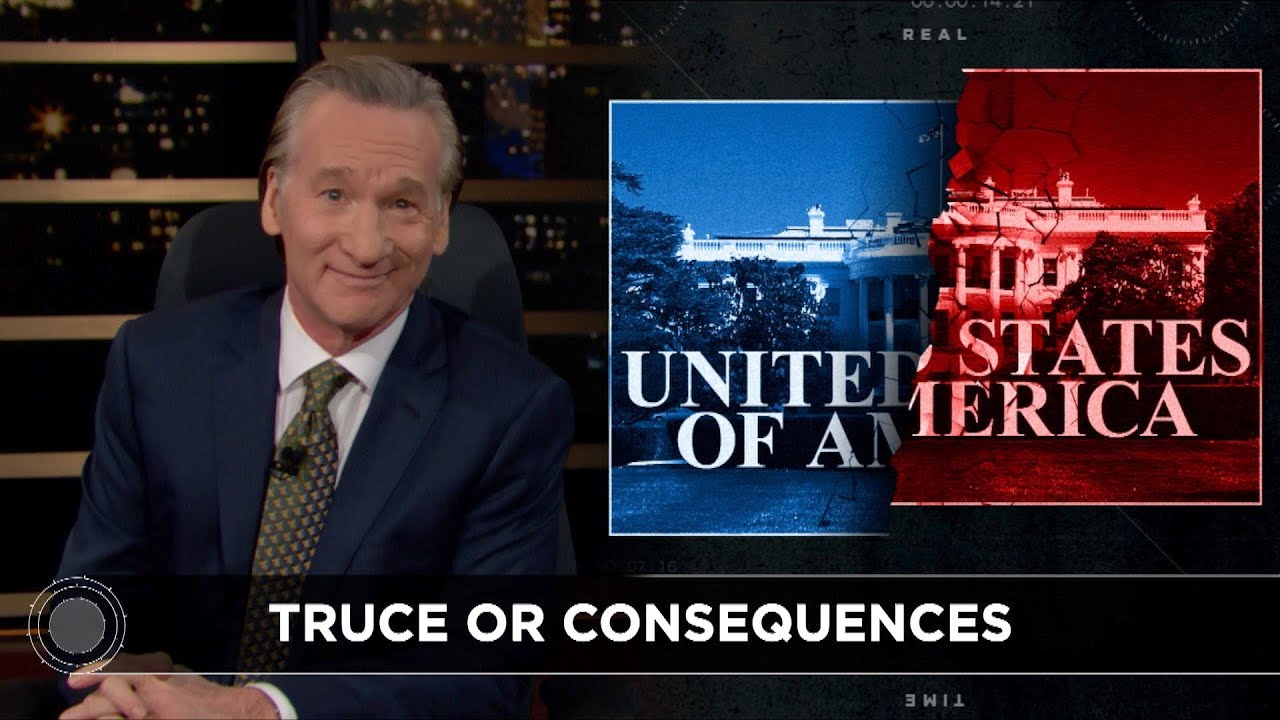 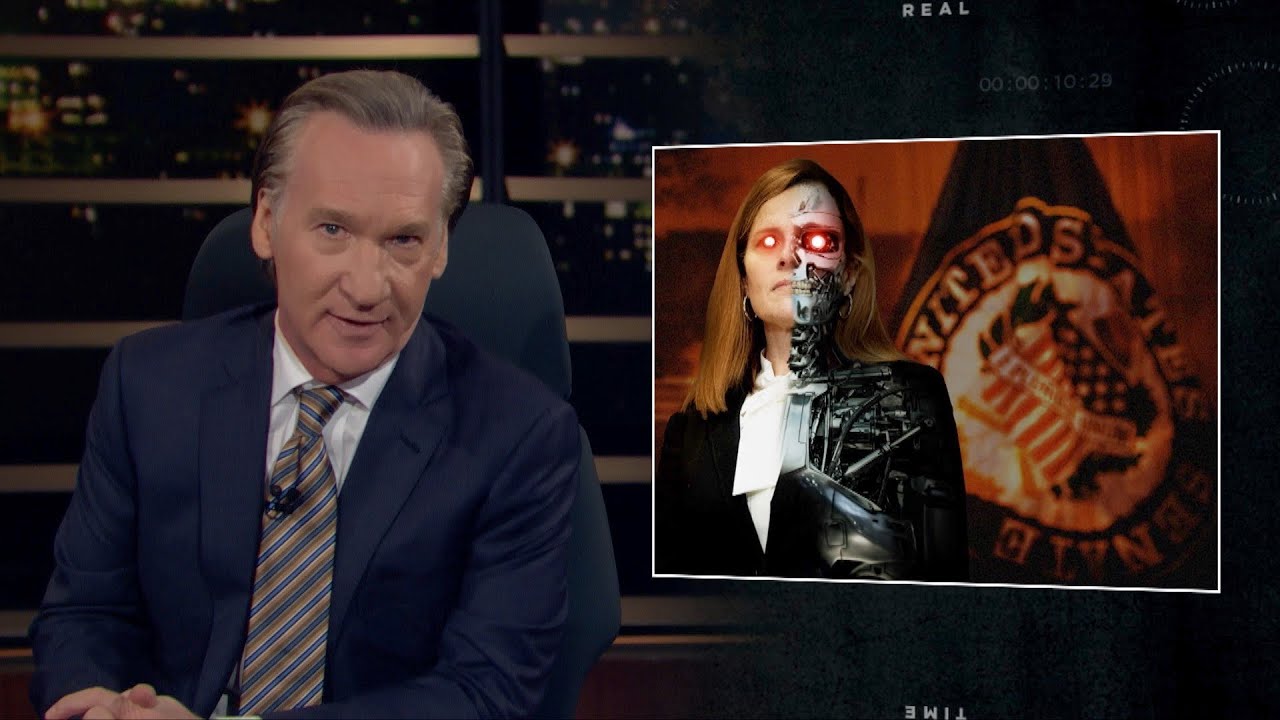