Bill Maher had Halloween on his mind this week.
HBO
By Tobias Carroll @tobiascarroll

The midterm elections didn’t get much applause when Bill Maher invoked them during the opening monologue of this week’s Real Time — though, to be fair, a few riffs on the recent Pennsylvania Senate debate and Herschel Walker’s candidacy did get laughs. Elon Musk’s purchase of Twitter drew more cheers, although they were relatively modest.

The applause level ratcheted up when Quentin Tarantino, there to discuss his new book Cinema Speculation, joined Maher for a one-on-one interview. “It is amazing when a director is treated like a star,” Maher said.

Tarantino’s new book finds him revisiting the movies he grew up watching — which was a pivotal time for American filmmaking. “The New Hollywood [films] are the movies, to me,” Tarantino said, as he looked back on his experiences going to the movies in the early 1970s — including him offering a detailed account of seeing Deliverance when he was nine.

What got particularly interesting was Tarantino talking about learning to pay attention to the way an audience watched a film — which helped him get the context for certain scenes that he might not have fully understood as a child. He also shared a memorable anecdote about seeing a Jim Brown film with a packed, enthusiastic audience — something that’s clearly made an impression on him.

“That goal — of a Jim Brown movie in 1972 on a Saturday night — is always what I’m trying to achieve,” Tarantino said.

The final portion of the interview circled around to the theatrical experience for films versus watching them at home. Tarantino spoke about a film that he watched at his home with several guests — and noted that he hadn’t cared for the film, but enjoyed the experience of watching it with other people, even at a smaller scale. Maher closed the interview as he did their previous conversation on the show — with a plea for Tarantino to keep on making movies.

Anthro-Vision author Gillian Tett and Unstoppable Us author Yuval Noah Harari came on stage for the evening’s panel. Maher opened things with an ominous look at the midterm elections and the mainstreaming of election denial. What, he asked the panelists, was responsible for this? “What we can all agree on,” Harari said, “is that something is broken in the information system.”

Tett spoke about the “ultimate customization” that comes with a world in which nearly anything can be turned into part of a playlist, as opposed to a work that existed on its own and might require ceding some control to it. She then extrapolated it to the idea of politics and political tribalism.

Discission moved from there to Elon Musk’s takeover of Twitter. Maher described himself as an admirer of Musk’s, while Tett offered a more measured take. “What he’s tweeted is not what he actually does,” she observed.

Discussion of social media continued, including Harari bringing up the ups and downs of social media algorithms and Maher quipping about Biden administration’s recent outreach to TikTok creators. Maher expressed his frustration over the lack of civics education in the United States, while Harari pointed out that a younger generation being involved in politics is much more common elsewhere in the world.

“Democracy is not elections,” Harari went on to note — and pointed out that both Russia and Iran have regular elections without being democratic societies. And from there, the conversation turned to the importance of cooperation in terms of addressing issues like climate change — and what the likelihood is of people actually doing that.

Sinister children in horror movies and the unnecessary parts of political debates were among the subjects Maher tackled in New Rules. The bulk of the segment, though, found Maher heaping scorn on the idea of lists of offensive costumes. “Every year, there’s a new list of offensive things we shouldn’t do on the day that’s all about being offensive,” he said.

From there, Maher brought up various costume ideas that had been critiqued in the media, from Elvis to recently-deceased celebrities. (His riff on a “zombie Angela Lansbury” costume was probably the segment’s best gag for the sheer surrealism of it.) But the argument Maher made isn’t exactly new — it’s more or less the same one that the South Park episode “Pinkeye” made, and that aired exactly 25 years ago.

Tarantino joined the panelists for Overtime, where he spoke about the difference between writing a book and making a film. He spoke about “putting everything [he] had” into writing a screenplay and then having to make the movie, while writing a book allowed him to share that work with an audience directly without having to factor in another step.

The segment closed on an unexpectedly idealistic note. “With all my cynicism — go vote,” Maher said. “Do it anyway. It just might help.” 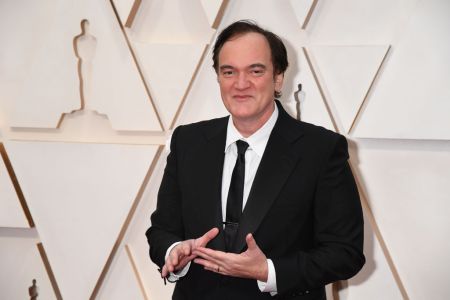 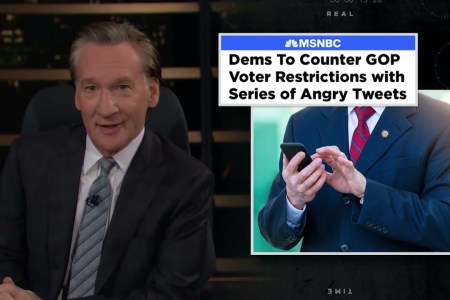 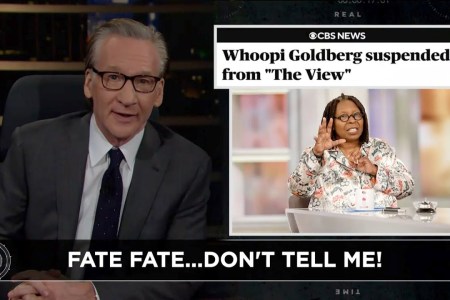 Last Night’s “Real Time” Had It All: Cannabis, Football and a Lesson on Schadenfreude