Though its streaming broadcasts may not be drawing that many eyeballs, at least not yet, LIV Golf was voted to be the biggest sports business story of the year by respondents to a new poll conducted by The Sports Business Journal.

Asked what they believed was the biggest sports business story of 2022, the 27% of the Journal‘s readership (which is generally comprised of staff and executives from sports leagues, agencies, media outlets and sports marketing and advertising companies) voted for LIV Golf. The Saudi-backed series came in substantially ahead of “the influence of NIL on college sports” (19%), “the rising impact of streaming platforms” (12%) and “the return of full-capacity venues” (10%). Despite their interest in LIV Golf, only 18% of poll respondents said they had tuned into the upstart circuit.

“What was the biggest sports business story of the year? The most common answer: The LIV Golf tour. Second: The influence of name, image and likeness on college sports,” per SBJ. “Neither of those topics were a factor the last time we did our survey, in 2020, and because that year’s edition focused on the dueling dominant forces of that historic year — the pandemic and the social justice movement — it has been three years since we polled executives about the broad state of the industry. In 2019, no one had ever heard of LIV Golf and the chances of NIL both becoming real just a few years later and having the broad, seismic and immediate impact it has had seemed, well, nil.” 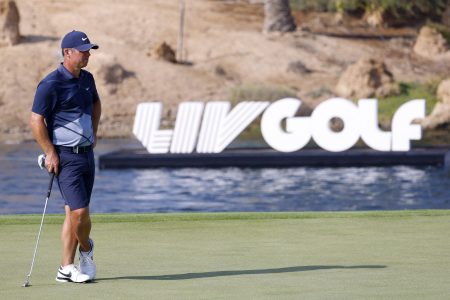 Does LIV Golf Have a Shot With Serious Golf Fans? Survey Says…

A similar poll conducted by Seton Hall’s Sharkey Institute, which operates within the Stillman School of Business, also found that LIV Golf was a major player in the world of sports in 2022.

Asked by the Seton Hall Sports Poll if professional golf itself has been diminished by players defecting from the PGA Tour to LIV Golf, 40% of sports fans and 47% of avid fans said yes and 36% of the general population answered in the affirmative. However, approximately half of the 1,579 adults across the country who were polled said they did not blame the players for leaving the PGA. (General population 51%, sports fans 48%, avid fans 46%.)

“There seems to be an understanding among the public that the golfers that quote-unquote defected from the PGA were making personal monetary decisions that benefited them and their families — even if those members of the public might not have done the same,” said Seton Hall marketing professor Daniel Ladik, the chief methodologist for the poll. “But, we’ll have to wait and see how, and if, that translates to their commercial sponsorship deals.”