This year's space race has an apparent victor

Plenty has been written about the “billionaire space race,” which would determine which wealthy spaceflight enthusiast would make it to space first. And plenty has been written about Virgin Galactic’s efforts to bring a crewed flight to fruition. On Sunday morning, those two narratives successfully converged, with Richard Branson on board Virgin Galactic’s Unity 22 test flight, which took its crew to 53 miles above the surface of the planet.

At Space.com, Chelsea Gohd has a full rundown of the morning’s flight. VSS Unity was piloted by Dave Mackay and Michael Masucci, and the crew was comprised of Branson, Beth Moses, Colin Bennet and Sirisha Bandla. Kelly Latimer and CJ Sturckow piloted VMS Eve, which brought Unity to an altitude of 50,000 feet.

The crew experienced weightlessness for about four minutes. It is Virgin Galactic’s fourth test flight, but is the first one to have a full crew.

“As Virgin’s founder, I was honoured to test the incredible customer experience as part of this remarkable crew of mission specialists and now astronauts,” Branson said in a statement. “I can’t wait to share this experience with aspiring astronauts around the world.”

Space.com’s article notes that the definition of “space” has prompted some friction between Virgin Galactic and Jeff Bezos’s Blue Origin, which is set to make a similarly high-profile flight later this month. Virgin Galactic reached space as defined by NASA and other US government agencies, which consider outer space to begin at 50 miles above the planet’s surface. There’s also the Kármán line, which begins 62 miles over the planet, and which Blue Origin plans to cross. The question of how to define where space begins is a fascinating one with interesting implications — ones which go far beyond this particular space race.

If you’re curious about the mission, Virgin Galactic has made their livestream of the event available on YouTube, and you can watch it below. 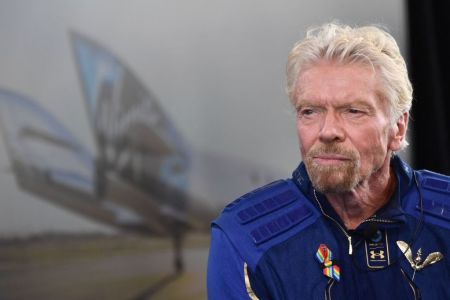 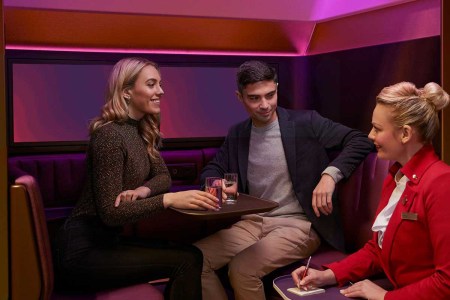 Virgin Atlantic Is Adding Cozy Drinking Booths to Some Flights 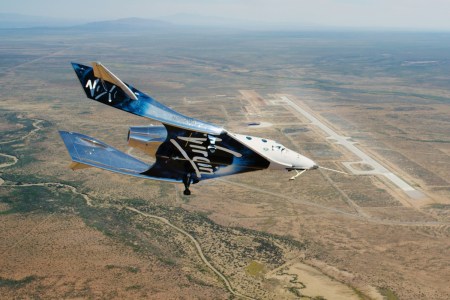