At What Point Did We Officially Become Smarter Than Neanderthals?

At one point, the brains of Neanderthals were even larger than modern humans. So what happened?
Photo by Mike Kemp/In Pictures via Getty Images
By Tanner Garrity @tannergarrity

According to a study published today in Science, gene mutations that occurred hundreds of thousands of years ago established a firm difference between the brains of homo sapiens (us) and the brains of Neanderthals (our long extinct cousins).

Our brains reached the size they are today within the last million years. That increase in brain size (we eventually became three times larger than our closest living relative, the chimpanzee) was a big reason we were able to store information, adapt to unfamiliar habitats and facilitate numerous social relationships. Neanderthals kept pace for millennia, and eventually, their brains were actually even larger than those of modern human beings.

Which has made it all the more curious that Neanderthals went extinct around 40,000 years ago. Poppy, evolutionary history books often entertain the narrative that homo sapiens overwhelmed Neanderthals overnight, with new migratory patterns, diseases and superior tactics or tools in battle. But new research suggests that our brains were better attuned to networking, planning and organizing.

Amidst tens of thousands of identical gene patterns, a scattering of “human-specific” mutations appear to have a profound impact on a protein coding gene called TKTL1. Researchers found that when TKTL1 is added to brain tissue in mice or ferrets, they’re able to to make more neurons. And when it’s removed from “hominid” brain tissue (the scientists can use stem cells to essentially simulate mini Neanderthal brains), the brain makes fewer neurons.

As a scientist who didn’t work on the study said to The New York Times, “This is really a tour de force. It’s remarkable that such a small change has such a dramatic effect on the production of neurons.”

While this isn’t the be-all, end-all of genetic mutations (researchers have a host of others on the back burner, which they’re planning to investigate in the coming years), it’s pretty damn significant. When TKTL1 gets to work in the brain, it seems to bolster our frontal lobes with extra neurons…which is the exact part of the brain responsible for language, initiative, patience and a host of other “higher level executive functions.”

In other words: the exact sort of upper-management skills required to unite and understand those around you — and perhaps, to one day supplant those who don’t look or communicate like your kind.

Evolutionary study has long been tinged with unfortunate elements of speciesism. (Neanderthals have been cast as brutish half-wits — strong and capable, but ultimately stupid, disordered and dumb.) Decades of discoveries in the realms of cave art, ornaments and cooking techniques would suggest otherwise. The difference between us and our cousins may have in fact been much more subtle — a neurological quirk, which compounded the significance of other mutations, which eventually left one species to history, and the other to writing about it. 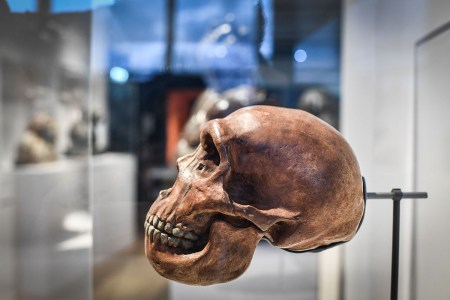 What Do Neanderthals Have to Do With Your Back Pain? 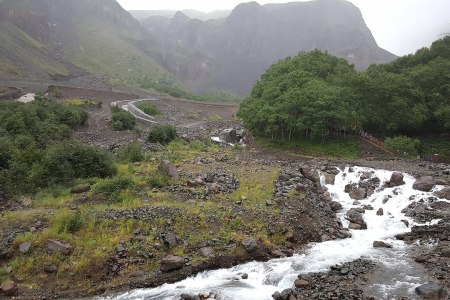 Evidence of a New Human Ancestor Emerges in Northern China