“Thrones” Is Back After Three Years Away. Here’s Why We’re Opting for Optimism.

We'll never forgive the ending to the original series. But "House of the Dragon" — with its $20 million episodes and already-favorable reviews — looks like a winner.

The original "Thrones" thrived on more than nudity. It always boiled down to "great conversations in elegant rooms."
Courtesy of HBO Max/Warner Media
By Tanner Garrity @tannergarrity

Game of Thrones said goodbye over 1,200 days ago, on a Sunday evening in the spring of 2019, and it was somewhat astonishing how quickly the world moved on.

That was partly fueled by necessity — like shaking off a loss in the deciding game of the World Series or NBA Finals, it was easier for most fans to just stop thinking about what had happened. We’ll refrain from spilling details here, though the spoilers trickled into the mainstream years ago. Suffice to say, the POV of a once-adoring audience eventually caught up with the gripes of the show’s most caustic critics.

Showrunners David Benioff and D.B. Weiss, everyone suddenly agreed, had completely gone off the rails in the seasons after their narrative eclipsed the blueprint written by George R.R. Martin. They’d rushed crucial sequences, tried to smoothen out their shortcomings with headline-grabbing CGI, bungled their answer to the show’s core question, and most crucially, had abandoned what made Thrones such a monocultural triumph.

Which…wasn’t the nudity, the frozen zombies, or the dragons. Those things got people to start the show, there’s little doubt. But what got them to stay was the stakes. And those stakes were often enumerated in admirably slow burns. In those early days of streaming, this made HBO — with its blank checks and willingness to air 10 hours of television — the perfect partner. In the first few seasons of Thrones, a negotiation for passage over a bridge was a critical plot-point. It took characters several episodes to walk the length of a road. And there was always a simple, somehow-climactic pleasure in just watching two compelling characters talk.

In the words of Tyrion: “A wise man once said the true history of the world is the history of great conversations in elegant rooms.”

This Sunday is the premiere of HBO’s brand-new Thrones spinoff, a prequel called House of the Dragon. For the first time in almost three-and-a-half years, we’ll be back in Westeros. And in what has come as a bit of a surprise, critics who’ve gotten an early look at the show (they’ve seen six of an eventual 10 episodes) are pleased.

Why should anyone be shocked that a television series with $20 million episodes might actually be a success? Because production on House of the Dragon only began after the pilot to an initial spinoff was cast, filmed and immediately cancelled. Over the last five years, HBO has expressed concerns, both privately and publicly over how to proceed with their valuable IP. The worries have been all over the map:

The House of the Dragon is HBO’s answer to every one of those questions. There are reportedly five other Thrones projects in “active development,” but this is the chosen one, the crucial bridge that will determine the appetite for future capers, from a Jon Snow-dedicated show beyond the wall, to a potential Peaky Blinders-esque anthology depicting life in the gangs of King’s Landing’s Flea Bottom neighborhood.

The possibilities are truly endless, but they’re only possible if House of the Dragon passes its first test this Sunday night. We’re opting for optimism. The dark horse in this installment of Thrones history, ironically enough, is Martin — HBO appears to have realized its mistake in forsaking the very creator of the world towards the close of the last series. (That man’s brain helped the service reel in at least $3 billion in subscriptions.) As the platform commissions its first spinoff ever, in decades of programming, it prudently made Martin a priority again.

The show takes place a couple hundred years before the events of Game of Thrones, and charts a bitter war of succession amongst House Targaryen — the silver-haired, dragon-riding family that conquered Westeros centuries before. This is the story Martin was most passionate about, when HBO came to his house, hat in hand, wondering how to proceed with the franchise. They signed him to a five-year deal, let him handpick a screenwriter (Ryan Condal, former showrunner for Colony, and a devoted Tolkienist like Martin), and recruited one of his favorite directors from the original series, Miguel Sapochnik, to come back for a second serving of the Seven Kingdoms.

Rest assured, Martin had his hands all over this project; critically, it’s derived from established source material, his book Fire & Blood. Critics have noted in the past that Thrones seems to offer its best television when it doesn’t have to make itself up as it goes along. That the answers to plot questions are available on the internet didn’t seem to dull the surprise at early-season swings last time around; the universe’s book-readers are both historically mum and apparently content to see their favorite world play out on a screen.

As Alison Herman deftly summarizes for The Ringer: “Game of Thrones was always more impressive as interpretation than invention, doing justice to Martin’s richly detailed realpolitik while introducing it to a new audience.”

Thrones‘ poppy stereotypes remain; there will be an excellent soundtrack, scenes filmed on-location in far-flung locales, and lots of sex — including, apparently, at least one orgy. But there are no White Walkers this time around, which takes away the “big bad,” sure, but that might be to the showrunners’ advantage. Benioff and Weiss never seemed sure of how to write off a voiceless, superhuman enemy that marches south for six straight years. By keeping the villainy among humans, who can connive behind closed doors or rage with envy, House of the Dragon should allow itself to linger where Thrones always so naturally thrived.

Obviously, in the age of Reddit there will be professional critics, fans and fans who wish they were professional critics who find fault with the new series. This could happen in the first few moments of the pilot (the early word is the show features a narrative voiceover, a first for Thrones). That’s all to be expected. But after this long of a departure from a show that once dominated dinner party conversation, we find ourselves surprisingly excited for the weekend to be over and done with. Bring on Sunday night. 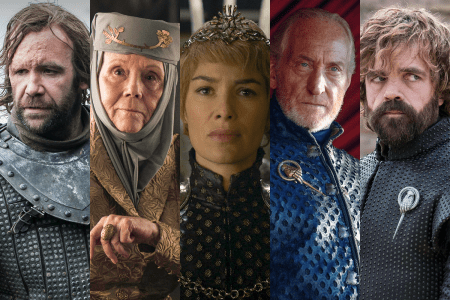 The 101 Best Insults From “Game of Thrones,” Ranked 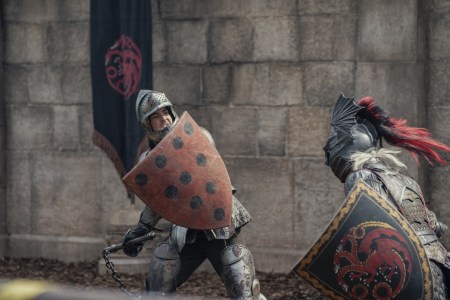 "House of the Dragon" Is Officially a Hit. Get Ready for at Least Three More "Thrones" Spinoffs.