Why You Can’t Buy a Bob Ross Painting

The artist painted more than 1,000 landscapes for his show, so where are they?

Want to get your hands on a Bob Ross painting? Too bad.
Robin Marchant/Getty Images for Super 8
By Kayla Kibbe @Kay_Kibbe

One thing you can’t buy? A Bob Ross painting.

The “Joy of Painting” star completed more than 1,000 paintings for the show, which aired from 1983 to 1994. When New York Times journalist Aaron Byrd couldn’t find a single Bob Ross painting available for purchase, the outlet decided to find out where the artist’s massive collection was stored. A recent Times video revealed that nearly all of the artist’s iconic landscapes were being stored by Bob Ross Inc., the company in charge of maintaining the late artist’s public image.

Headquartered in Herndon, Virginia, Bob Ross Inc. is run by the Kowalski family, who is credited with discovering the painter in the early 1980s. Annette Kowalski first met Ross after her husband signed her up for lessons with TV painter Bill Alexander. In what one might call a happy little accident, Alexander was no longer offering classes, and Kowalski instead studied under the artist’s then-unknown protégé, Bob Ross.

The Kowalskis, who had a history in the art world, eventually went into business with Ross, maintaining a personal friendship with the artist until his death in 1995.

According to the Times, the Kowalskis have no plans to sell Ross’s paintings, which the video revealed were housed in hundreds of cardboard boxes at the company’s modest headquarters.

“It never occurred to us to sort of change the whole concept that we’re not in it to sell paintings,” said Joan Kowalski, Annette’s daughter, who serves as president of Bob Ross Inc. 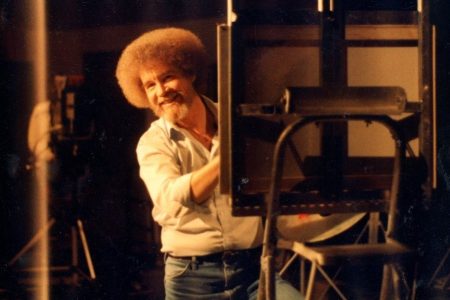 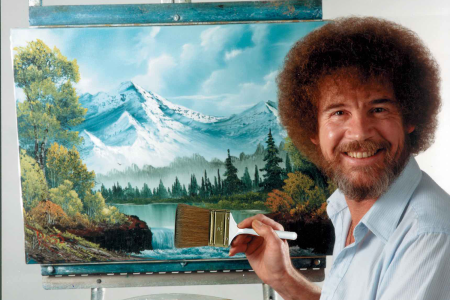 Bob Ross Is Finally Getting a Solo Exhibit