At least one, possibly more

Mural in the city of Borodyanka, Ukraine, on November 12, 2022.
Oleg Pereverzev/NurPhoto via Getty Images
By Tobias Carroll @tobiascarroll

The art made by Banksy often has a political aspect to it. Sometimes that’s overt, as when he addressed the imprisonment of artist Zehra Doğan — sentenced to over two years in prison in Turkey — with a large-scale work in lower Manhattan. Sometimes that has to do with his choice of site — for instance, when he created a mural on the exterior of Reading Gaol, where Oscar Wilde was imprisoned late in the 19th century.

And sometimes it’s both — as when the artist turned up in Ukraine to create an image of a gymnast on the wall of a building destroyed during the Russian invasion.

As reported by The Art Newspaper, the mural can be found in Borodyanka, a town that NPR described as “devastated” after the Russian invasion. The juxtaposition of the figure on the wall of a heavily damaged building makes for a powerful contrast, and feels very much in keeping with some of Banksy’s other recent work.

Banksy’s Instagram feed featured images of this particular mural — though not, as The Art Newspaper pointed out, images of several other murals done in a similar style that could also be seen amidst the rubble. Both of these also depict moments of grace amidst carnage — but it’s as of yet unclear if they, too, are Banksy’s work or were done by likeminded artists. 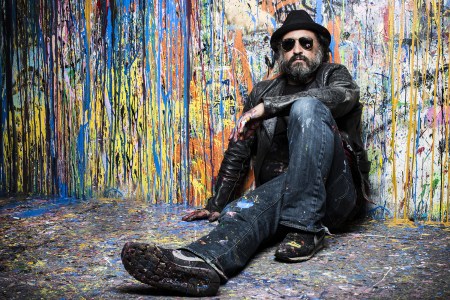 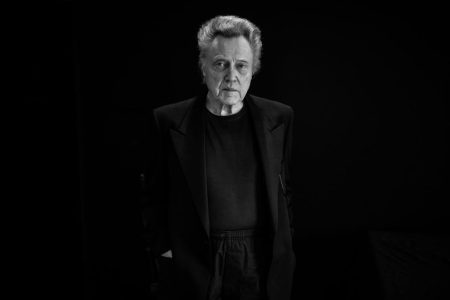 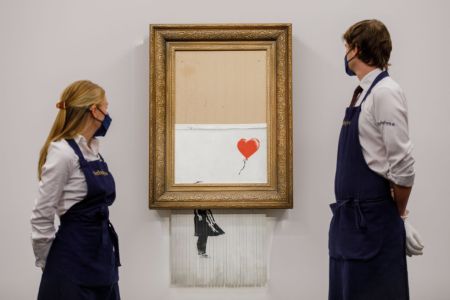