Ford just joined the hands-free driving club. Here's how they stack up.

For all the benefits that driving a car offers, not least of which is the mental escape from the trials of daily life, the prospect of a self-driving vehicle remains tantalizing. And with BlueCruise, a new hands-free driving system from Ford, another automaker has moved one step closer to that final goal of fully autonomous driving.

To be clear, no car company has a “self-driving” vehicle. We understand if that’s contrary to what you’ve heard, as Tesla offers a driver-assistance system called Autopilot and released a beta version of their so-called “Full Self-Driving” (FSD) Capability in October. But Elon Musk’s electric vehicles absolutely cannot autonomously pilot themselves and drivers with FSD beta still have to keep their hands on the wheel, as the company says on their website. Meanwhile, Ford’s latest technology will allow a hands-free driving experience, but only in certain conditions.

In its announcement of BlueCruise, Ford specifically compared its new option with Tesla’s Autopilot and General Motors’ Super Cruise. That’s not a surprise, as Tesla and GM are widely considered the leaders in this space; a Consumer Reports study of driving assistance systems published in October put Super Cruise in the top spot, Tesla “a distant second,” and Ford’s Co-Pilot360 (which BlueCruise will act as an update to) in third.

If you’re interested in buying a vehicle with the most advanced active driving assistance system on the market, which one of these should you go with? We break down the differences below, including the price, functionality and which models are available with the tech.

How it works: BlueCruise allows drivers to take their hands off the wheel only on select divided highways in North America which they’re calling “Hands-Free Blue Zones.” The highways, which currently comprise more than 100,000 miles, are recognized by Ford’s GPS mapping system; blue lighting on the instrument cluster will alert drivers when hands-free driving is available. To make sure drivers are paying attention, a driver-facing camera tracks their eyes and head position. The tech works in concert with previous driver assistance features so the vehicle will stay centered in the lane, stop and go in accordance with traffic, and stay a preset distance away from the vehicle in front. In a press release, Ford differentiated its system from GM Super Cruise by noting their hands-free mode uses text and lighting cues (“effective even for those with color blindness”) whereas Super Cruise uses green and red lighting.

Level of autonomous driving: Level 2, per SAE International’s standards, meaning you must be engaged and ready to take over at all times.

Where it’s available: BlueCruise will first be offered in the 2021 Ford F-150 and 2021 Mustang Mach-E in the second half of 2021. If you already own either of these, you’ll be able to buy the tech via an over-the-air software update as long as the vehicle has the Co-Pilot360 Active 2.0 Prep Package. Ford will roll it out to other models in 2022.

How much it costs: The software costs $600, but needs the aforementioned hardware, too, which ranges in price between the F-150 and Mustang Mach-E. 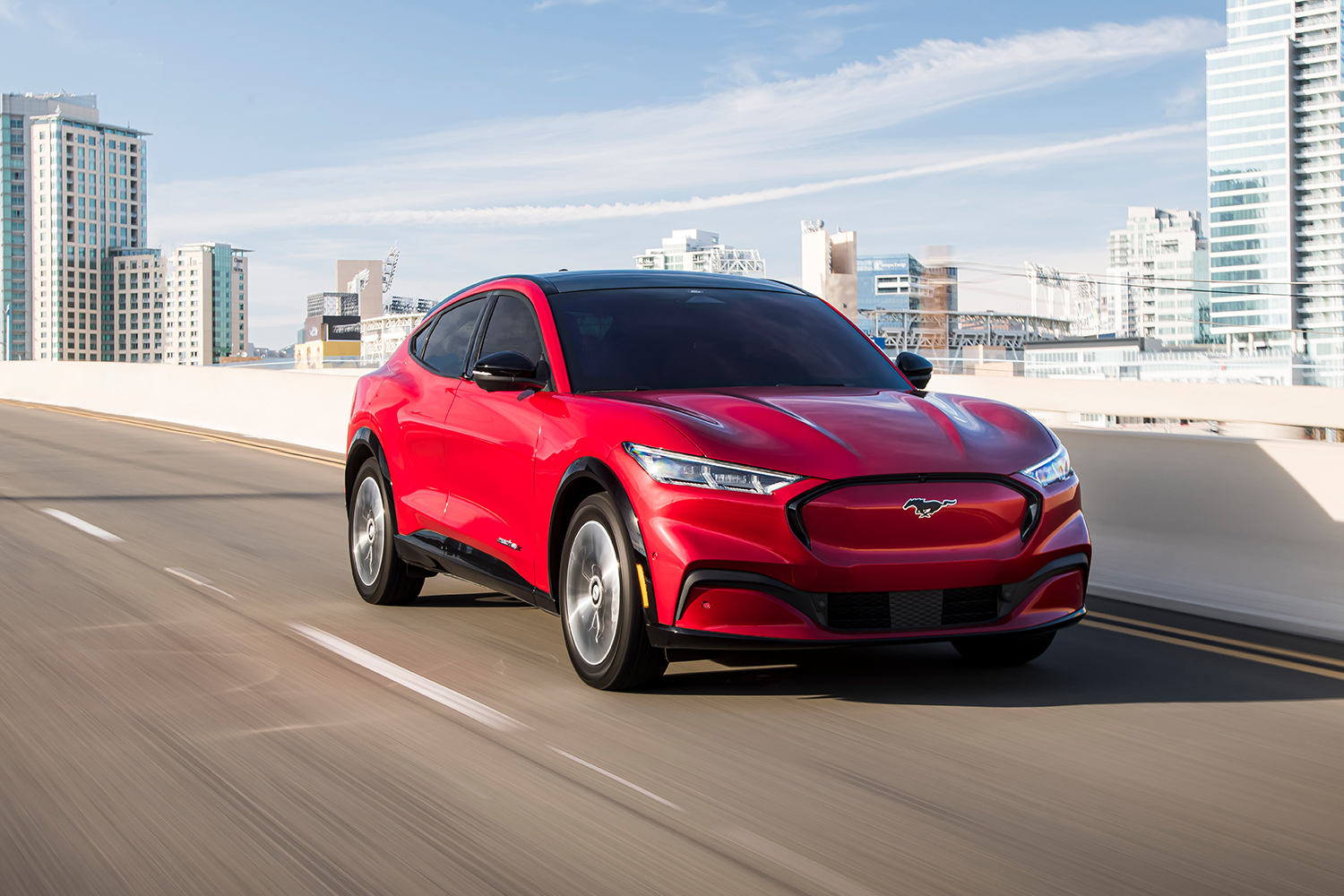 How it works: Like Ford’s tech, Super Cruise only works on an approved set of divided highways, though GM offers their tech on more than 200,000 miles in the U.S. and Canada, doubling their competitor. It also has the distinction of being the first hands-free highway driving system by a longshot, first appearing in the 2018 Cadillac CT6. Today, the tech allows drivers to take their hands off the wheel on approved highways; the vehicle will then stay centered in the lane, stop and go with traffic and keep a set distance behind the vehicle in front. Newer vehicles like the 2021 Escalade feature lane change assistance, where a tap on the turn indicator begins the process of finding an opening and moving over a lane automatically. (Ford said it is working on adding this.) But in the Consumer Reports review, Super Cruise was voted the best option in large part for its ability to monitor drivers and warn them when they’re not paying attention.

Level of autonomous driving: Level 2, per SAE International’s standards, meaning you must always be engaged and ready to take over at all times.

Where it’s available: Currently only available in the Cadillac lineup among the 2018-2020 CT6, as well as 2021 models of the CT4, CT5 and Escalade, the system is also set for the 2023 Lyriq, an electric SUV, and will branch out to other brands this year in vehicles like the GMC Sierra pickup and new Chevrolet Bolt EUV crossover. By 2023, GM plans to have it available on 22 different models across its nameplates.

How much it costs: It costs $2,500 on the 2021 Escalade, but that doesn’t include the price of the driver assistance package that serves as the basis for the tech. 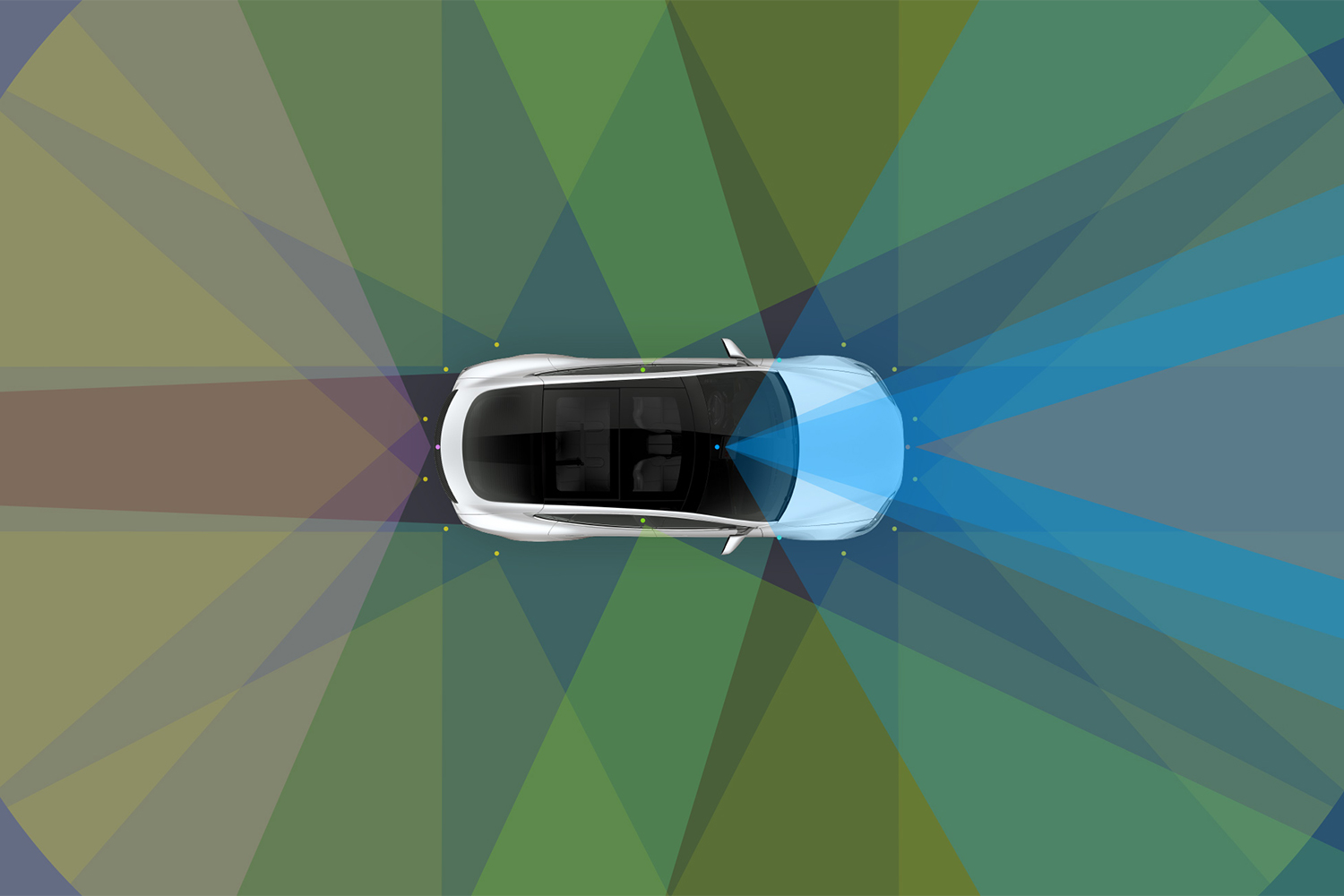 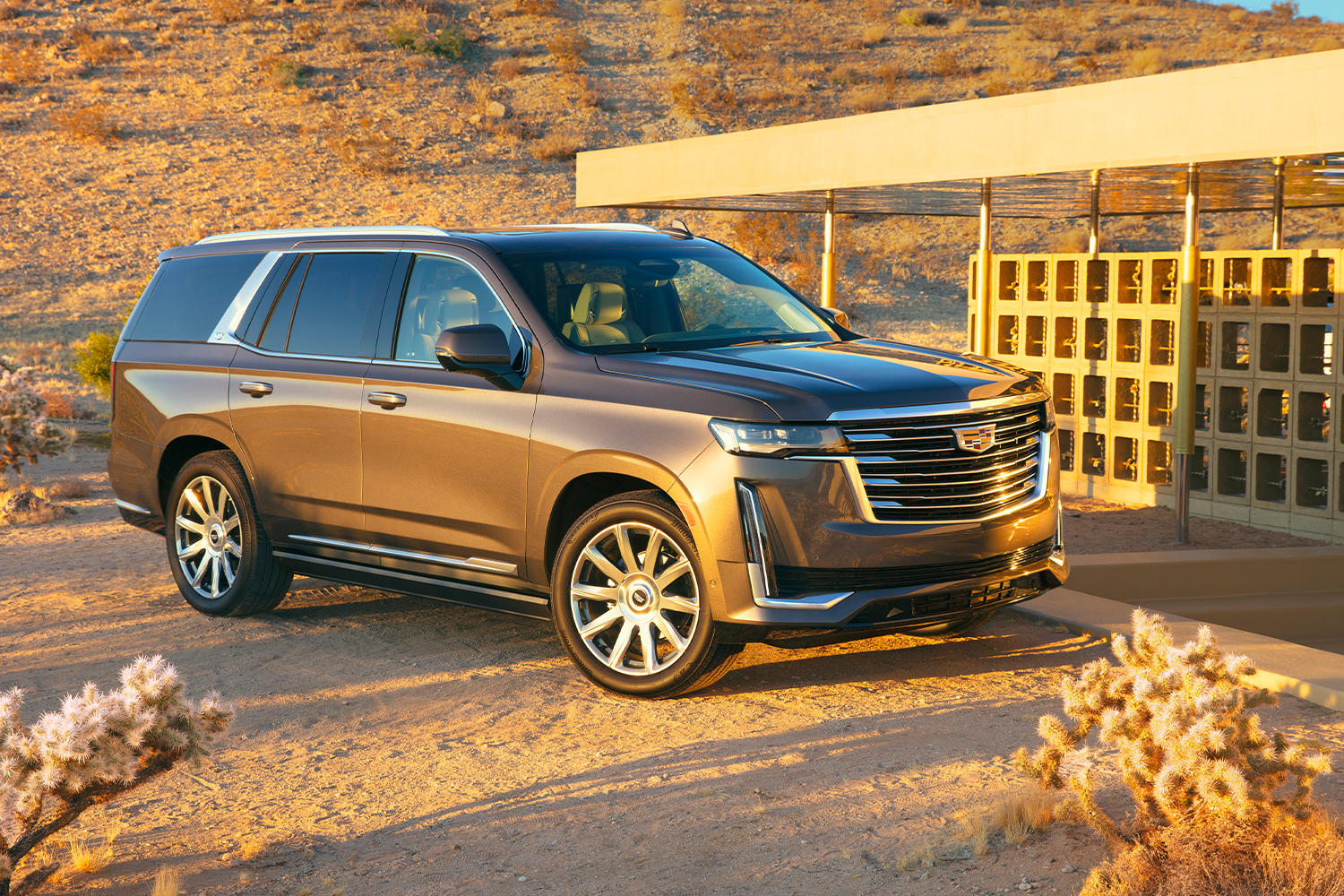 How it works: To get this out of the way first, according to Tesla, “Autopilot and Full Self-Driving Capability are intended for use with a fully attentive driver, who has their hands on the wheel and is prepared to take over at any moment.” So no, this isn’t a hands-free system like the previous two. That said, it does have a number of more exciting features. The basic version of Autopilot can do what Ford and GM can (steer, brake, accelerate, keep a distance). The more advanced version, called Full-Self Driving Capability, can do things like change lanes with the push of the turn signal, assist in parking and be summoned from a parking space; current beta capabilities include navigating to highway on- and off-ramps (including automatic turn signals and lane changes) and recognizing stop signs and traffic lights. While drivers still need to keep their hands on the wheel, the tech is not limited to a set of mapped highways like Ford and GM.

How much it costs: Basic Autopilot functionality is included in new cars, but the so-called Full Self-Driving Capability currently costs $10,000, which includes the “Full Self-Driving Computer” that the company says will eventually be the basis for autonomous driving that goes beyond Level 2. 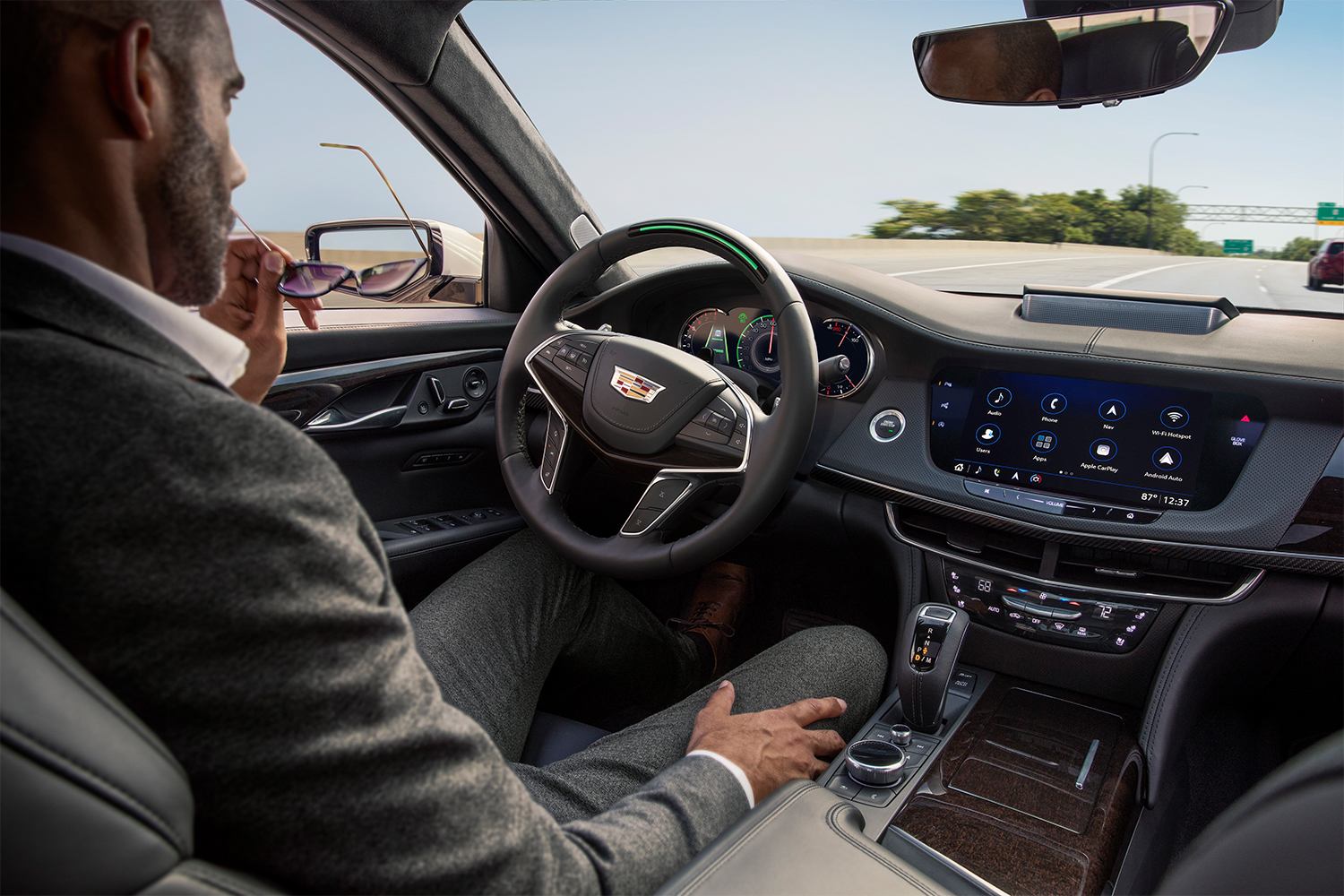 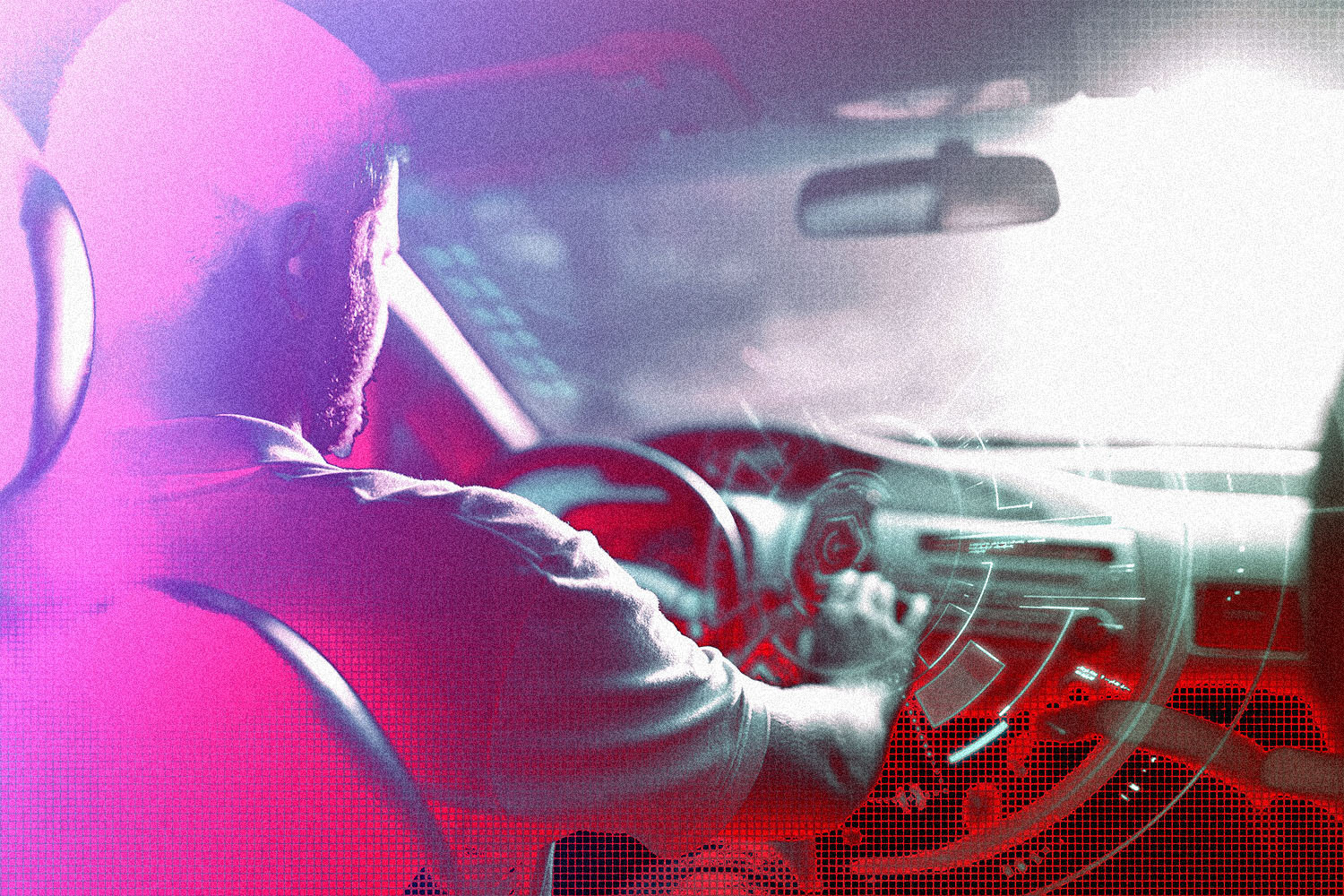