The Rimac Automobili Concept One Can Take On a Porsche 918 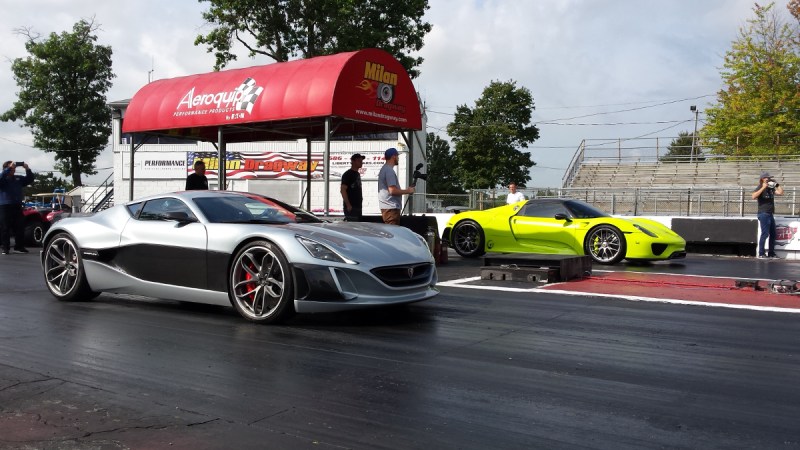 One longstanding complaint about electric cars is that they aren’t stylish, powerful, or fun to drive. Rimac Automobili’s Concept One will change that perception. The Concept One is a beast, capable of going from 0-62 mph in less than three seconds, and has a top speed of 221 mph. It uses a single electric motor for all four of its wheels, which push the car to that level of performance by generating 1180lb of torque.

That speed and power put the Concept One in the same class as the Porsche 918 Spyder, which boasts similar stats thanks to its aspirated V8 and electric motors. Naturally, they had to meet on the drag strip, and that’s exactly what happened at Milan Dragway in Milan, Michigan. 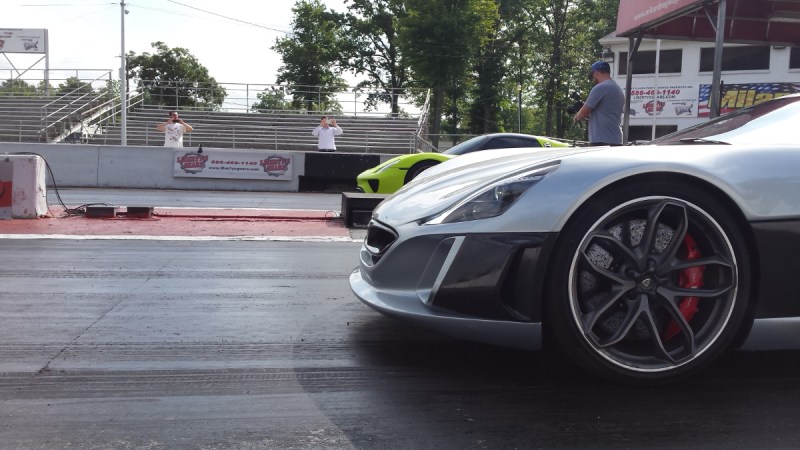 Out of six full–throttle runs on Milan’s prepared strip, the Concept One triumphed in five thanks to its consistent power delivery, aided by the individual motors’ precise control of each wheel. As a bonus, the Concept One demonstrated its energy efficiency as well – the car was at 95% charge before the first run, and finished the day at 72%, using the equivalent of less than one gallon of gasoline.

Scroll below to watch Curb Bangers’ video about the race.