While the rest of the world has been busy customizing Teslas for everything from space travel to the Le Mans endurance race, the Dutch have been quietly turning one into … a station wagon.

Your eyes don’t lie: the RemetzCar “Shooting Brake” is a Tesla Model S that was recently junk-in-the-trunk-ified by the Dutch luxury vehicle-conversion specialist.

“Shooting Brake” is in quotes because, as Jalopnik subtly alluded to, there’s a difference between that and a station wagon (even though the dictionary will suggest otherwise), and this is the latter. 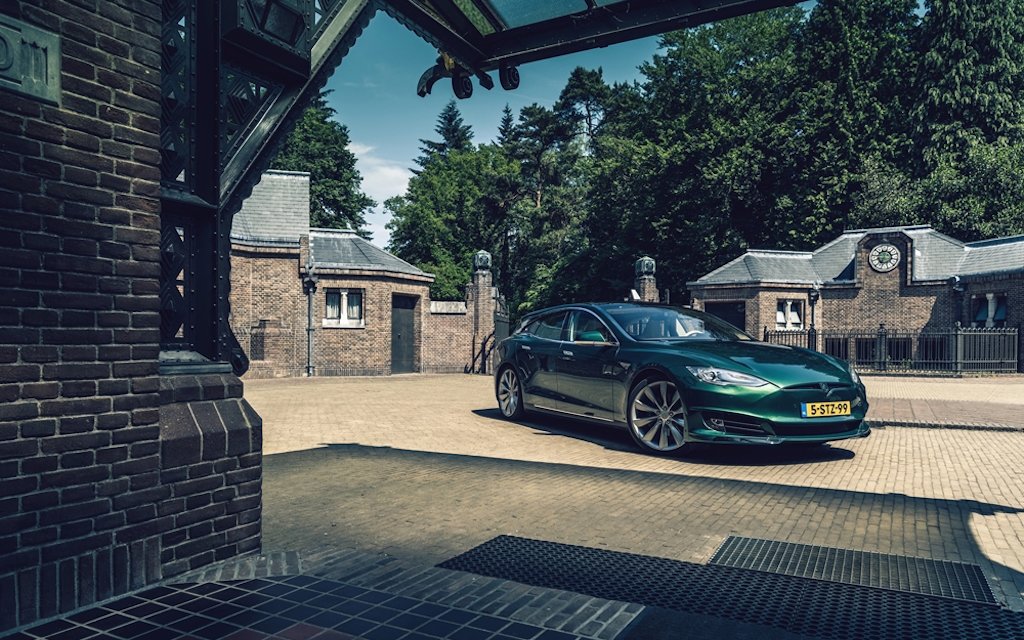 Whatever you call it, the origin story is almost better than the wagon itself. Floris de Raadt, a car collector with an affinity for shooting brakes and EVs, got in touch with RemetzCar because he was smitten by the company’s Tesla hearse. Yes, before the Tesla Wagon came a “funeral transport for a stylish, modern and silent farewell” (their words).

Designer Niels van Roij led the team in crafting this special order, and while he has since handed the keys off to de Raadt, RemetzCar says they’ll be making 20 more should you also be a middle-aged Musk-eteer.

Get a 360-degree view of the super wagon below: