It's about more than the chip shortage, with the problems extending to both new and used vehicles

It may be tempting to pick up a new truck this year, but now's not the time.
Brandon Bell/Getty
By Benjamin Hunting @huntingbenjamin

If you’re considering buying either a new or a used car as 2021 draws to a close, we respectfully suggest that you reconsider. There’s never been a worse time to shell out cash for a new-to-you ride, as a veritable superstorm of interconnected catastrophes have conspired to cut production, reduce supply and boost prices across the board for nearly every single automobile on the market.

Still not convinced? Here’s an in-depth look at just how heavily the deck is stacked against anyone getting a good deal on a pre-owned or new car, truck or SUV before the end of the year.

The Obvious: A Global Chip Shortage

For most of 2020, a big chunk of the world’s factories went dark as economic uncertainty, COVID restrictions and sagging consumer demand saw individuals more likely to sock money away than spend it. This was particularly true for large swaths of the automobile market, where plants were idled and production curtailed on models ranging from entry-level econoboxes to luxury sedans and SUVs.

For automakers, however, the most damaging impact was on the world’s semiconductor manufacturing operations, which produce the critical computer chips required for modern vehicles. Reduced orders from automotive customers combined with workforces too sick to clock in meant chip factories either slowed their own assembly lines or pivoted to other clients. When Ford, Toyota and General Motors tuned the lights back on in early 2021 they discovered, to their horror, that lead times on getting the chips they needed to build new models had been extended for six months or more.

It was a classic case of poor auto industry planning meeting international crisis, and the situation has yet to improve. Currently, the industry as a whole is projected to lose $210 billion due to the shortage alone as factories, particularly in Southeast Asian countries, continue to battle waves of COVID that wreak havoc on operations.

Lack of Supply, and New Features

That enormous financial loss isn’t just bad news for automotive giants, as the lack of elasticity in the global supply chain had a direct impact on consumers, who are now shocked to discover nearly empty dealer lots. This is especially true for some of America’s most popular models like Chevrolet and GMC’s entire line of full-size pickups, which were put on a production pause over the course of the summer. Almost every automotive company is facing a vehicle shortage.

It’s a simple calculus: fewer chips equals fewer cars, and that means a trickle of new models arriving scattershot, increasing wait times for anyone who’s ordered a specific vehicle while simultaneously making it almost impossible to browse a dealer’s almost nonexistent inventory. In some cases, dealerships are looking at 90% fewer cars on the lot compared to the previous year, while those who are patient enough to specify the exact model they want, such as the popular Toyota RAV4 SUV, are cooling their heels for a minimum of between three and six months before taking delivery.

The chip shortage hasn’t just turned off the supply of new vehicles at the spigot — it’s also impacted the ability of manufacturers to bring new features to the market. Cadillac, for example, has had to nix its hands-free Super Cruise semi-autonomous driving system for the 2022 model year Escalade SUV because it simply can’t acquire the hard tech required to implement it. General Motors has even had entire drivetrains taken out of the mix due to the chip issue.

What happens when new cars are impossible to find? Used cars suddenly look a lot more appealing. Prices on second-hand vehicles have soared, in some cases eclipsing the window sticker of brand new models as dealers everywhere scramble to find something, anything, to stuff into the sales pipeline and keep cash flow positive. Commercial auctions have become war zones, and dealer staff are aggressively courting trade-ins and increasingly calling recent customers with offers to buy back their recent purchases to be flipped for further profit.

In a move that has seemingly put depreciation into a funhouse mirror, used car prices are up 40% compared to their pre-pandemic values, with even decade-old cars seeing their average transaction price jump by as much as 30%. Overall, the average price of a used car has pushed past $26,000.

Dealers seeking to bolster their inventory aren’t the only major players driving up used car prices. Rental car companies, having sold off most of their fleets in 2020 after air travel cratered and bankruptcy loomed, have been locked out of restocking their locations with new models, just like everybody else. Their solution has been to elbow dealers out of the auction game, jacking gavel prices as much as 52% and hoovering up vehicles dating all the way back to the 2016 model year. In some cases, to meet the rising demand from people who are once again flying for business and pleasure, rental companies are even paying thousands more for used SUVs and minivans than they would have originally cost new. 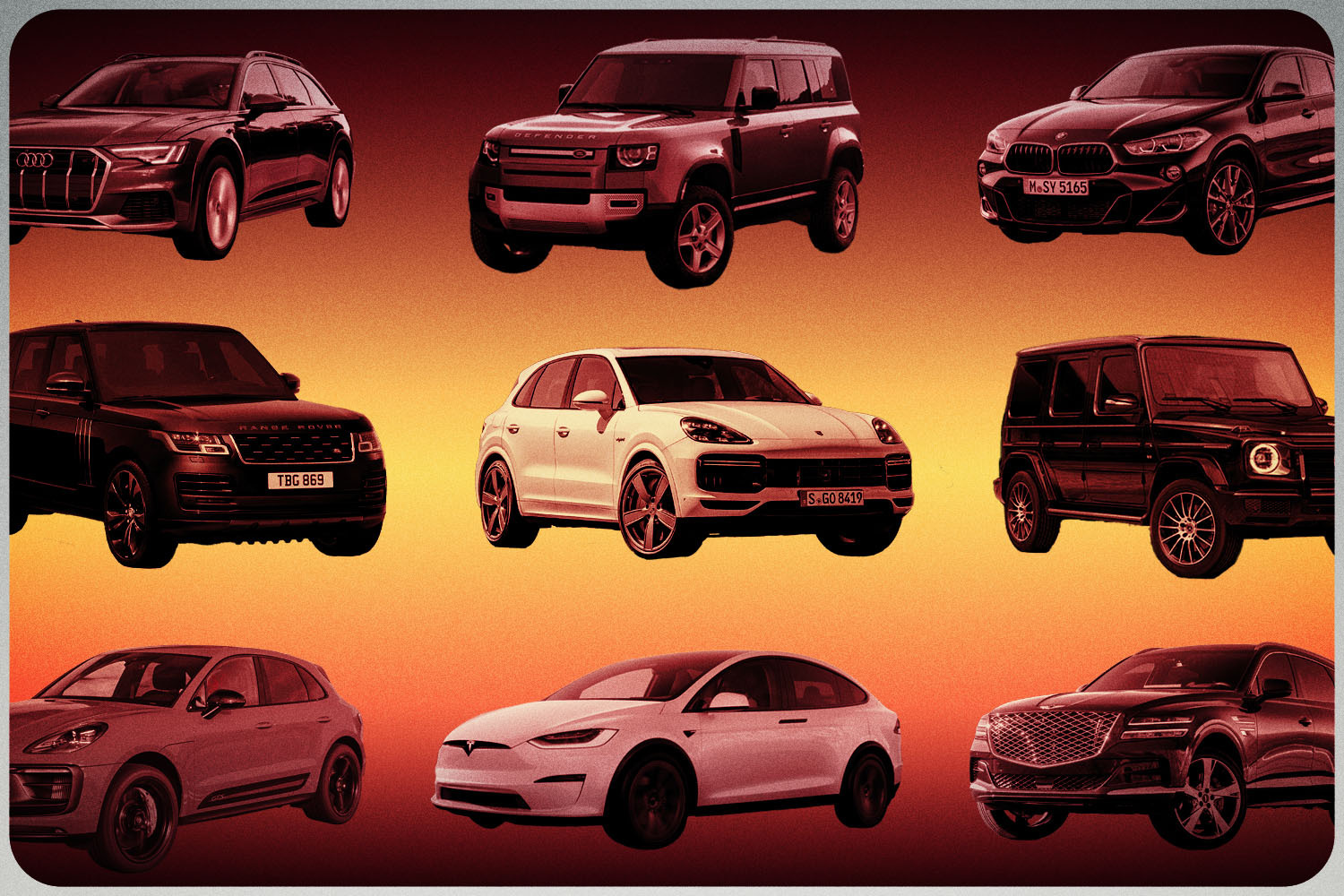 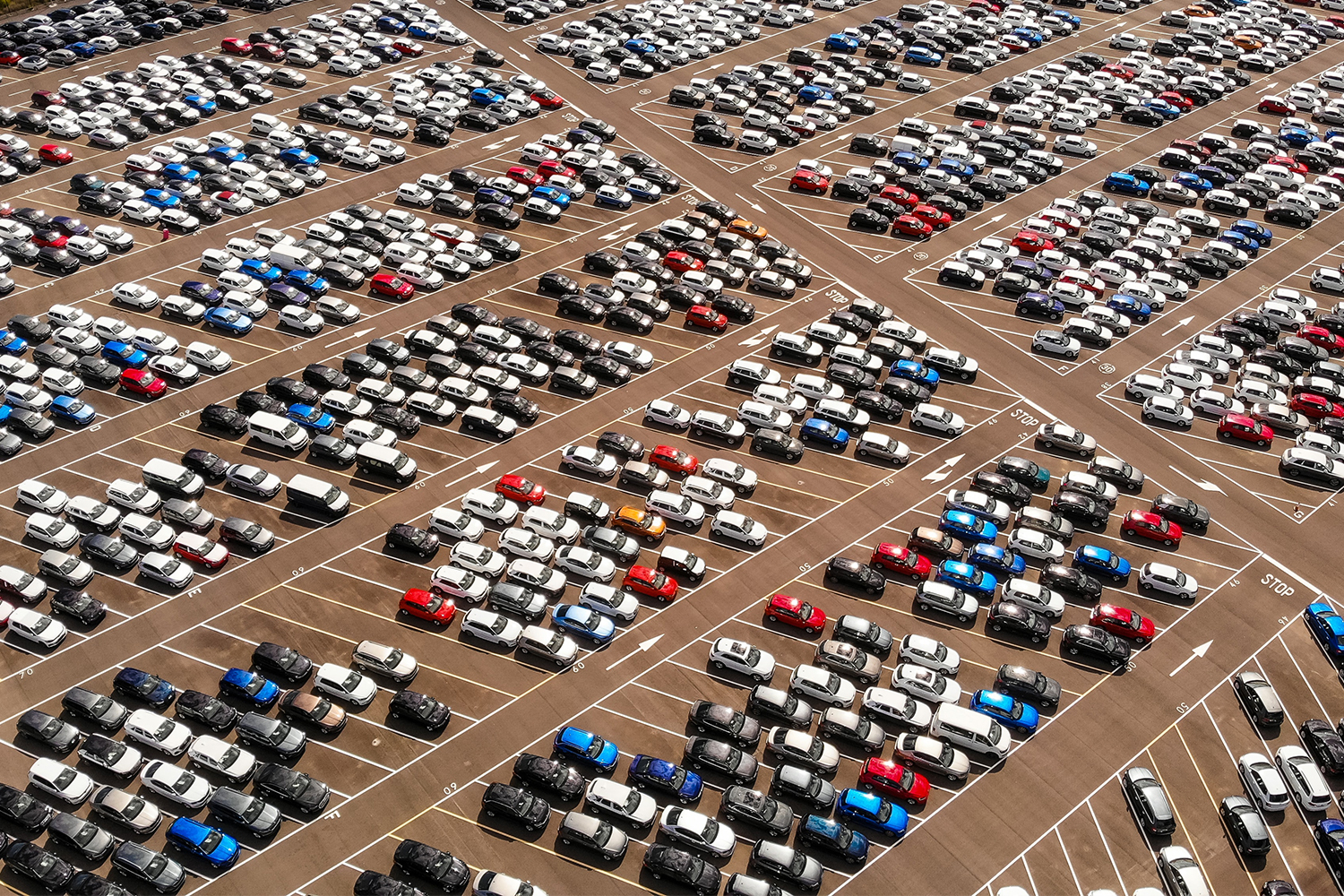 It’s Already Hard to Buy a Car, But a New Shortage Could Make Things Even Worse

Everyone Is Back in the Market

For individual Americans, things are a little less grim on the financial side of the equation in 2021, or at the very least, not nearly as dire as they once seemed. This rising consumer confidence has resulted in a two-pronged surge of would-be buyers returning to dealerships on a business-as-usual basis at the same time as the pent-up tidal wave of demand from everyone who put off last year’s vehicle purchase.

Suddenly, you’re facing off against not just the salesperson on the other side of the desk, but the horde of other potential customers angling to snipe your car or SUV of choice right out from under your nose. Forget looking for the best price — you’ve now got to consider how quickly you can get to the dealer in question before inventory runs out on the exact model you’re focused on.

Even if you broaden your geographical boundaries when searching for a truck or car online, you’ll also have to take into account the rental fleet buyers and dealership stockers who are after the exact same new and used vehicles you are. Is it any wonder that increasingly buyers are being forced to settle for brands they would have previously never considered?

There Are No Deals to Be Had

In any market where supply has shrunk and demand has surged, it’s unrealistic to expect prices to reflect the kind of incentives and low interest rates that were a common staple of the purchasing process pre-pandemic. Dealers simply have no incentive to slash prices or offer discounts when turning over what little inventory they have takes less than a week, which has led to the average new car price climbing past $45,000. The bottom line? Even if you can find the exact model you want, you’re going to pay more for it than you would have the year before.

Worse than that, however, is the profiteering “market adjustment” being made by dealers to the window stickers of some of the most hotly anticipated new vehicles this year. Excited about the new Ford Bronco? Probably not enough to spend $20,000 to $30,000 over its MSRP. How about a Mercedes-Benz G-Class, Cadillac Escalade or any of the 84 other models that are regularly being sold for more than their factory suggested price? New car pricing has increasingly edged into bubble territory, and it’s going to flip more than a few buyers underwater when the inevitable adjustment drops values across the board.

Our Advice: Wait It Out

All of the above should be enough to convince rational new and used car shoppers that, if at all possible, it’s a better idea to wait out current market conditions rather than dive head-first into a superheated hurricane of overpriced automobiles and end up paying more for your second choice.

The good news is nothing lasts forever, and that includes both pandemics and their economic fallout. The new year promises to offer at least some respite from COVID-19’s crush, and eventually plants will ramp up production, semiconductors will emerge triumphant and the wheels of capitalism will again be greased with the lure of zero-percent financing and the undeniable power of “Truck Month.”

While you’re biding your time, which are some upcoming vehicles you should patiently be keeping your eye on once things cool down in 2022? Families seeking a frugal commuter would do well to get on the list for the Toyota RAV4 Prime plug-in hybrid. Need something larger? The Kia Carnival minivan marries opulence and three rows of seating inside its cavernous confines. Pickup fans will want to check out the radical redesign of the GMC Sierra, especially its Denali luxury trim, which is arriving next year, while the Ford Lightning EV offers a chance for pickup versatility decoupled from fossil fuels. Finally, hot hatch fans should plan on visiting Volkswagen for a chance to sample the fresh takes on the Golf GTI and Golf R. 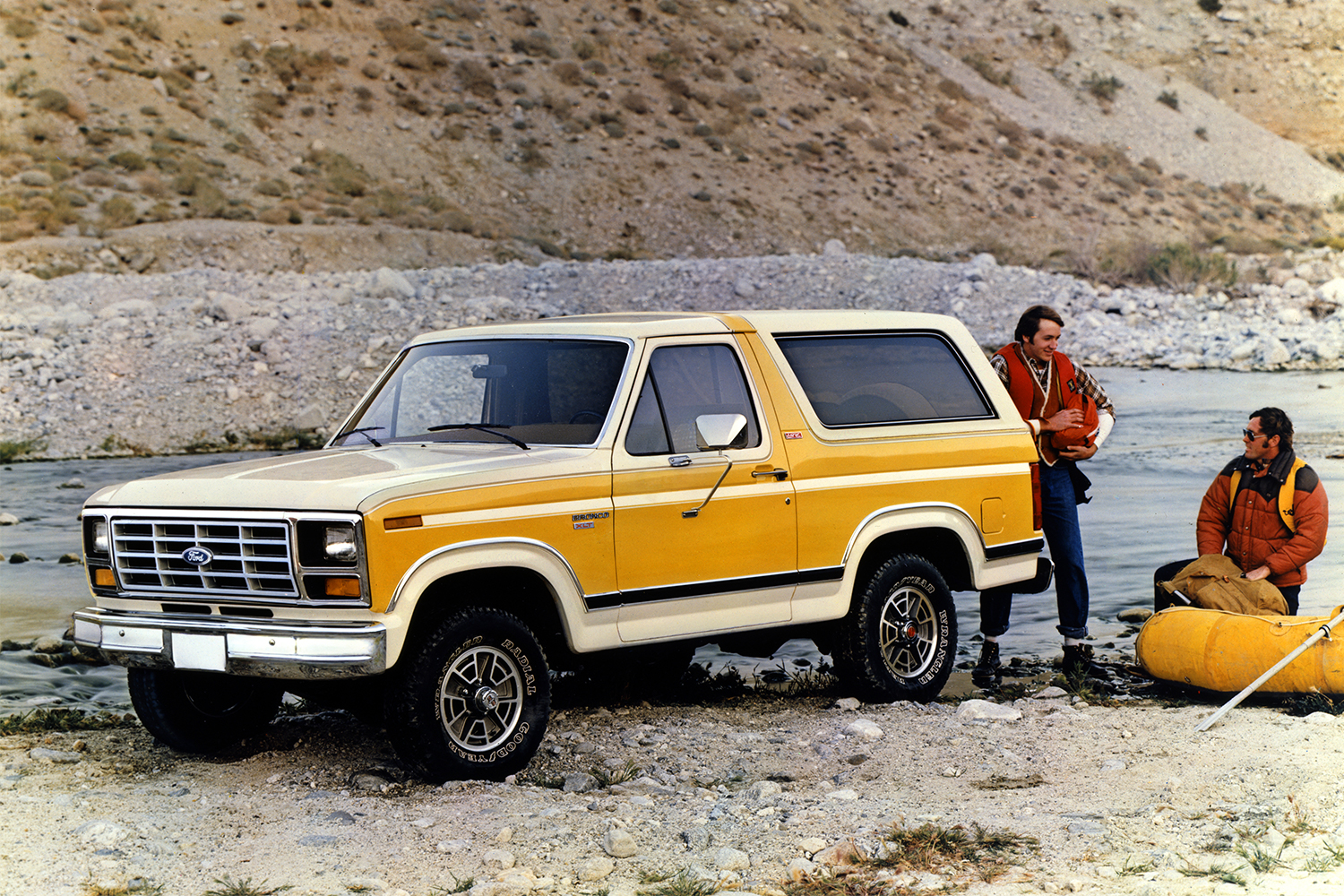 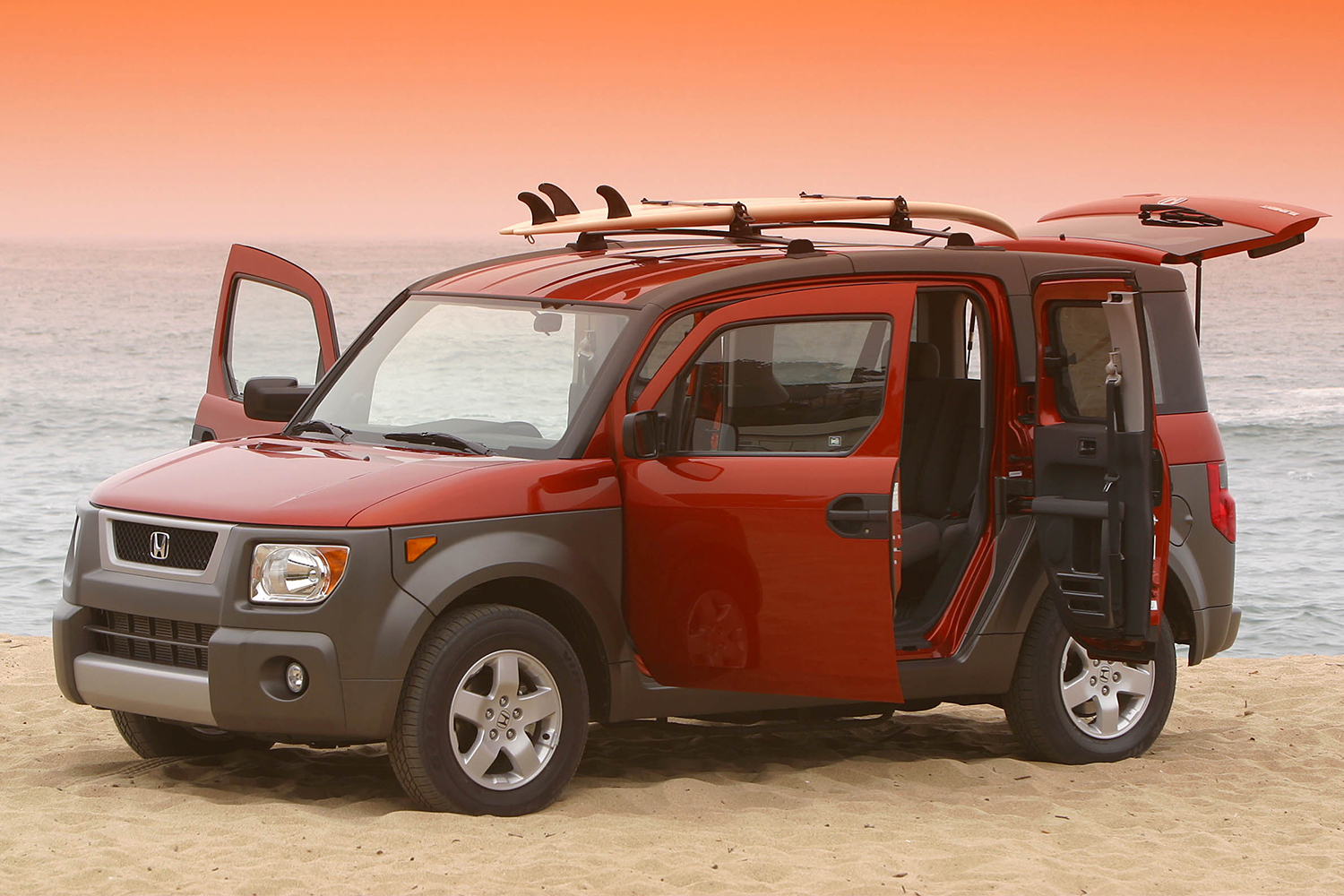 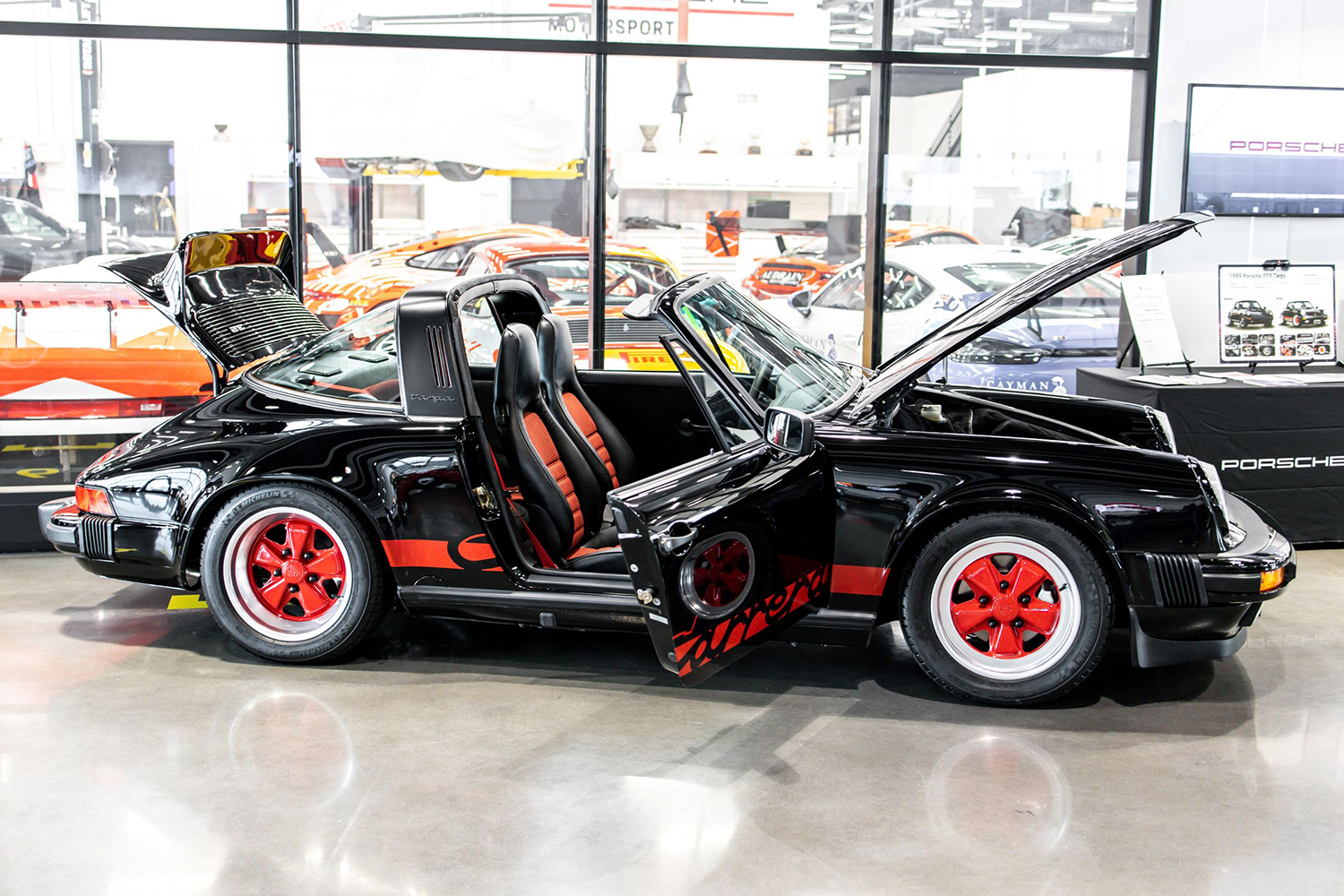