When Do California’s Most Coveted Park Permits Go on Sale?

Want to hike the John Muir Trail? Get up Half Dome? Summit Whitney? Get in line.

Photo by Jordan Pulmano on Unsplash
By Diane Rommel 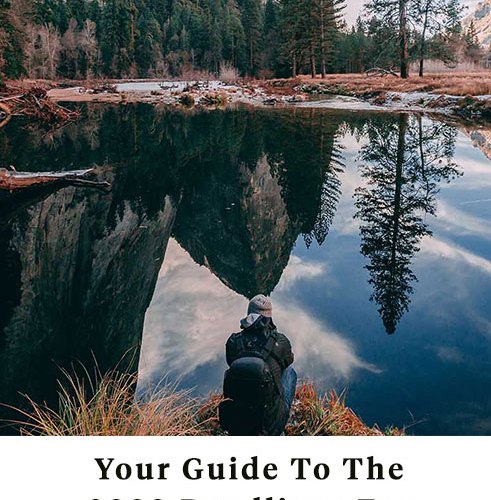 Midwinter’s here. Which means it’s time to get your summer adventures permits in hand.

John Muir himself might blanch at the rigamarole required to hike his namesake trail or any of the natural wonders he visited in the late 1800s (presumably without having to worry about the results of his 168-days-in-advance lottery applications).

As the saying goes, though, the prize is the price — and in this case, the price (of navigating a sometimes confusing system and planning six months out) is required to wake up in some of the most gorgeous wilderness left on earth.

Below, you’ll find key dates for California’s most coveted national wonders. Mark your calendars — they will sell out, in some cases immediately.

In brief: If you want to camp at Yosemite during the peak of summer — and hey, we strongly advocate heading to the park during the off-season, like next weekend — get your computers ready: slots for June 15-July 14 go up for grabs on February 15. (Late July/early August dates will become available on March 15.) If you miss out, there are other ways to experience the park, but nothing beats waking up in a tent in Yosemite.

In brief: Speaking of Yosemite: If you want to get up Half Dome on a day hike, you may very well ascend via the famous 400-foot stretch of metal cables that allow you to get to the top without climbing equipment; this year, they’re up from May 22 through October 13. Problem is, those cables can only handle so much traffic a day — about 225 day hikers, 75 backpackers — so you’ll need a permit. A daily lottery will offer 50 slots through the season, with two days’ notice. But if you want to plan further out, you’ll need to enter the preseason lottery from March 1-31, with results announced in mid-April. Your chances are astronomically better on a weekday than a weekend.

In brief: The permit process for hiking the John Muir trail southbound from Yosemite is more intense than most. The bottleneck is the 11,066-foot Donohue Pass, which is at the boundary of Yosemite and the Ansel Adams Wilderness and can handle only a few dozen hikers a day. Through-hikers can rank their five starting trailheads and hope for the best; they can also supply a 21-day window of start dates if their schedule’s flexible, and be entered into the daily lottery — then reapply for another 21-day window should they come up empty.

When: Now through March, for starting dates 168 days (24 weeks) in advance.

In brief: If the 22-mile round-trip up the highest peak in the Lower 48 doesn’t faze you — not forgetting the 6,200 feet in elevation gain — the permitting system just might. A permit is required to climb Whitney year-round, though during the off-season (November 2 – April 30) you can get one at the visitor’s center, no reservations needed. Otherwise, you’ll need permits, whether you’re overnighting or doing it as a day hike. This one’s complicated enough that recreation.gov offers a “Walk Me Through” option that spells out exactly what you’ll need … ish (“You will need to find quota availability for the entry point and date you are entering and you will need to find quota availability for the date you are exiting at Whitney Portal”).

In brief: State park campgrounds are available six months out — so peak summer dates are available now (and tomorrow, and the next day, etc.). Spots open at midnight! Go! To Pfeiffer Big Sur and all the others! We just got ours!