Not a Cruise Person? These Four State-of-the-Art Ships Might Change That.

The Ritz-Carlton wants to entice you with its superyachts, while a carbon-neutral voyage to Antarctica takes a different tack

At the beginning of 2020, when coronavirus outbreaks on cruise ships became a harbinger of the pandemic havoc to come, some considered it the nail in the coffin of cruising. What those detractors forgot, however, is that the cruise industry has weathered countless storms before. Just two and a half years later, not only is the cruise industry on the way to full recovery, it’s projected to grow.

According to Cruise Lines International Association President and CEO Kelly Craighead, “Passenger volume is expected to recover and surpass 2019 levels by the end of 2023, with passenger volumes projected to recover 12% above pre-pandemic levels by the end of 2026.” On top of that, the CLIA reports that 80% of travelers who have cruised before say they’ll cruise again, the same percentage that was reported before the pandemic. In other words, as far as travelers and the industry are concerned, it’s almost as if COVID never happened.

This bullish outlook on the future of cruising becomes even more apparent when you consider the long list of well-known cruise lines who are currently investing billions of dollars in new mega ships. It’s these seafaring behemoths that tend to make headlines, with their eye-popping passenger counts (some near 7,000) and zany attractions (like bigger, bolder, twistier waterslides), and therefore they are the default image when people talk about cruising. But if spending several days at a floating amusement park with all-you-can-eat buffets doesn’t appeal to you, there’s another option.

For you and other anti-cruise travelers, there’s another rapidly growing sector of the industry, one that emphasizes smaller ships, seriously amped-up luxury and deeper dives into the destinations they visit. We’re talking wellness programs with top-tier spas and mindfulness coaches, intimate chef’s table dinners, Antarctic submarine excursions, and personal concierges to help you plan on-shore activities that go, quite literally, miles beyond the souvenir stalls passengers are typically shuttled to.

If this sounds more your speed, then brace yourself, because you may very well be a cruise person who simply has yet to find their ship. Here are four new cruise ships, launching this year or next, that are leading this new age of oceangoing travel.

The Ritz-Carlton’s first superyacht is set to launch this October after two years of continuous delays. The highly anticipated Evrima will hold 298 passengers and offer a nearly one-to-one staff-to-guest ratio, which means you’ll be in for a level of service and attention to detail otherwise only found on the private superyachts of the ultra rich. At 623 feet long, Evrima offers 149 spacious accommodations modeled after the brand’s properties on land and, like their hotels, will feature a Ritz-Carlton Spa (this one with indoor-outdoor treatment rooms and personalized, multi-day immersion programs). Of the 10 distinct dining experiences available onboard, standouts include the 28-seat, “five-course culinary journey” at S.E.A. designed by Chef Sven Elverfeld of the three Michelin-starred Aqua at The Ritz-Carlton, Wolfsburg, and The Marina Terrace for cocktails and light fare served by the water’s edge at the yacht’s stern. All this is just the beginning for The Ritz-Carlton Yacht Collection, which already has two more superyachts, Ilma and Luminara, slated to set sail in 2024 and 2025.

Launched this July, the Seabourn Venture is the first of two new luxury expedition ships from legacy cruise brand Seabourn (the Seabourn Pursuit will debut in September 2023). Known until now for their large-scale ships, the Venture, built to PC 6 Polar Class standards for its Antarctic and Arctic journeys, holds just 264 passengers. There are 132 suites, each with a private veranda, including the impressive Wintergarden suites which feature two-story walls of glass — but this cruise is designed for those who want to get outside. For that, the ship employs a 26-person team of scientists, academics and wilderness experts who not only guide off-ship activities like scuba diving and hikes, but also lead daily, destination-relevant lectures and discussions. Should you wish to take your excursions up a notch, you can book a ride on one of the two available submarines which can dive to a depth of 984 feet (and include an underwater glass of champagne, naturally). Between adventures, try a yoga or meditation class with the resident Mindful Living Coach. 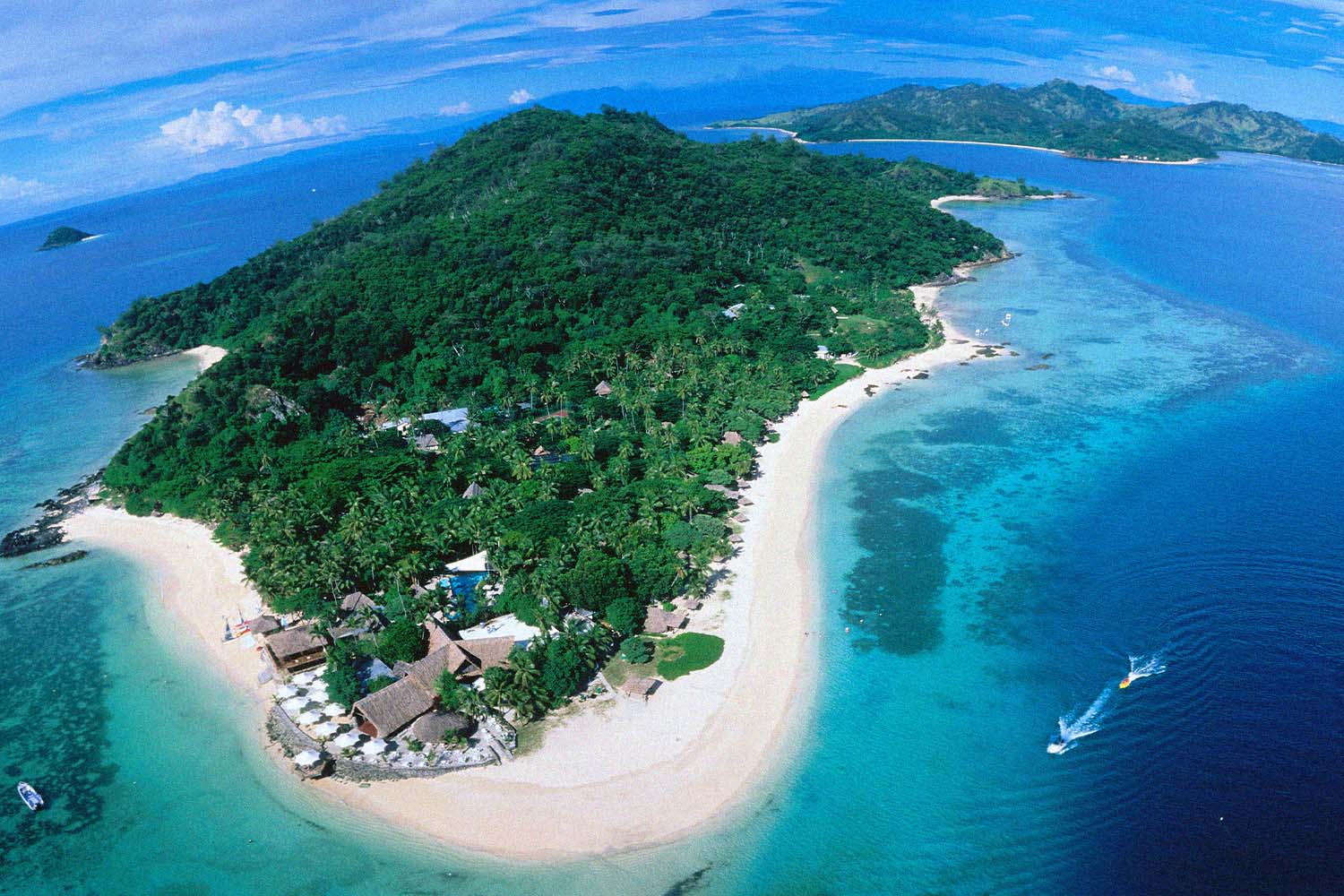 How to Spend 7 Perfect Days in Fiji

Explora I is the largest ship on this list, but the new luxury Swiss cruise brand Explora Journeys isn’t looking to build the passenger-stuffed floating cities you’re used to seeing. Clocking in at 813 feet, with a guest capacity of 922, Explora I is still dwarfed by many other modern cruise ships (see, for example, Royal Caribbean’s 1,188-foot, 6,780-passenger Symphony of the Seas). Here, the space-to-guest ratio is high and room to breathe is part of what you’re paying for. That elbow room extends around the ship: there are 461 private-balcony-equipped “Homes at Sea” that range from 377 to 3,014 square feet, four swimming pools, a 10,440-square-foot indoor-outdoor spa and fitness facility, as well as six restaurants and 12 bars and lounges (which include surprisingly intimate offerings like a whiskey bar with cigar smoking terrace and an immersive, 12-person private dining experience in The Chef’s Kitchen). Launching in May of 2023, Explora I will be the first in Explora Journeys’ fleet of six planned ships and will visit 132 ports in 40 different countries during its first year.

The smallest ship on the list, holding just 140 guests, Aurora Expeditions’ Sylvia Earle will launch this November with a 17-day maiden voyage to Antarctica. Aboard, you’ll find 71 cabins, two restaurants, a wellness center with glass-walled sauna from which to watch passing icebergs, a heated outdoor pool, and multiple observation areas. Unlike traditional cruising, where Vegas-lite acts occupy the stage, the Sylvia Earle will feature a modern lecture lounge hosting talks with the ship’s resident photography guide and other experts in their fields. One such speaker, joining a special Antarctic Climate Expedition in February 2023, will be the ship’s namesake, renowned marine biologist, oceanographer, explorer and the first woman to become chief scientist of the National Oceanic and Atmospheric Administration, Dr. Sylvia Earle. Best suited for cruisers looking to do more than sunbathe and sip cocktails, this carbon-neutral operation will offer a host of adventurous activities like sea kayaking, scuba diving, polar snorkeling, and trekking excursions around the Antarctic and future expedition locales like Costa Rica, the Canadian Arctic, Norway, Greenland and Iceland. 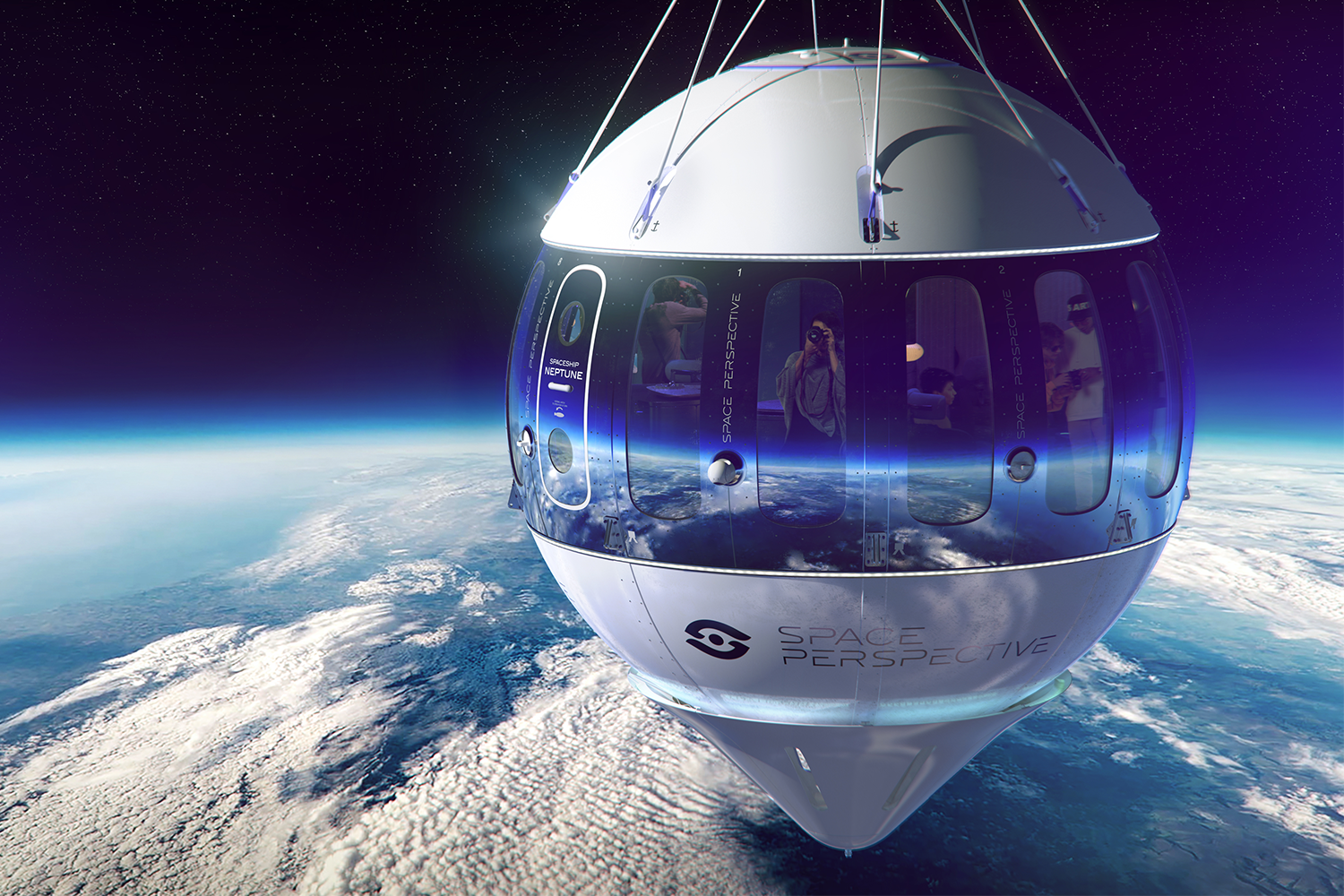 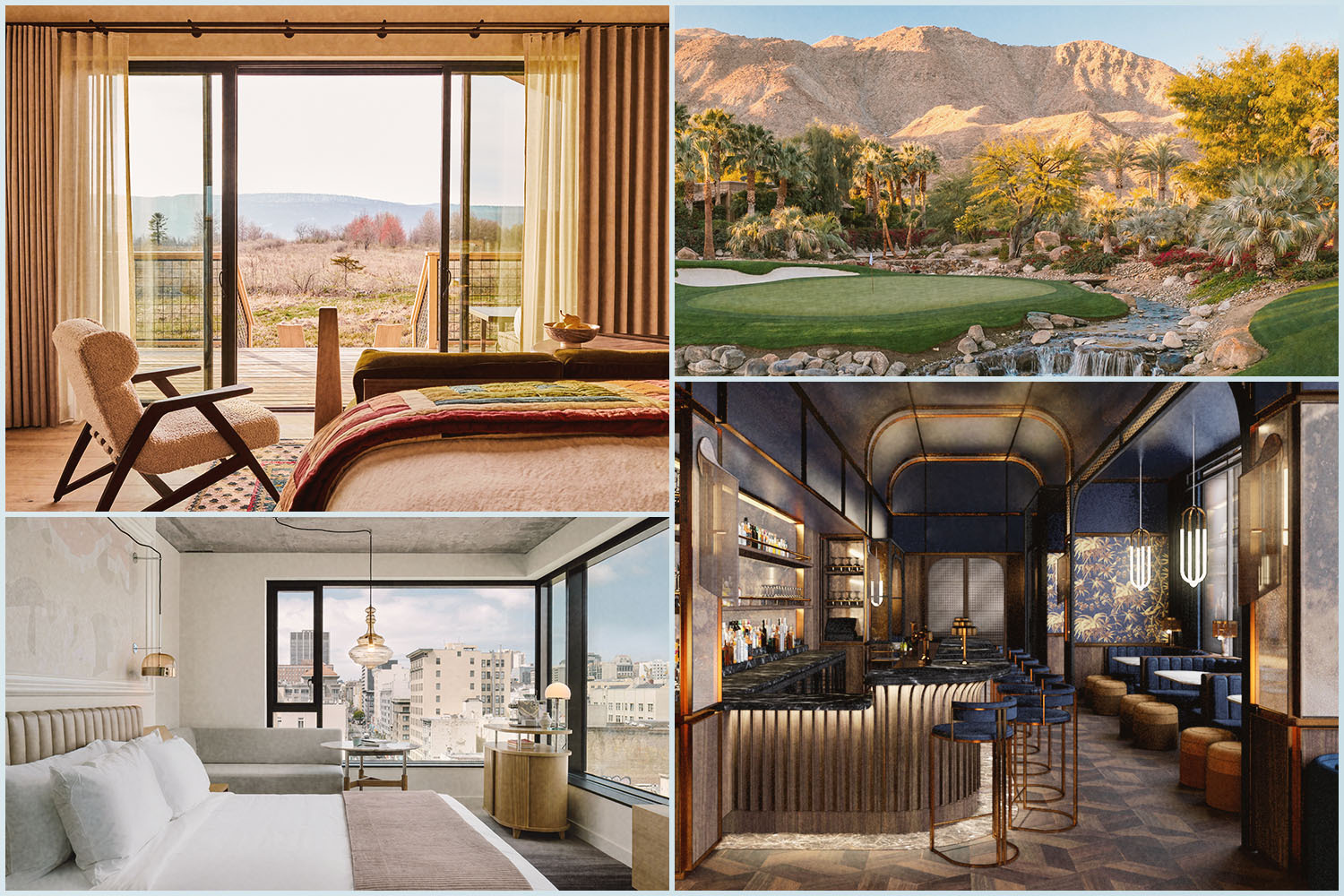 The 5 Best American Hotels Opening This Fall and Winter, From DC to Hawaii 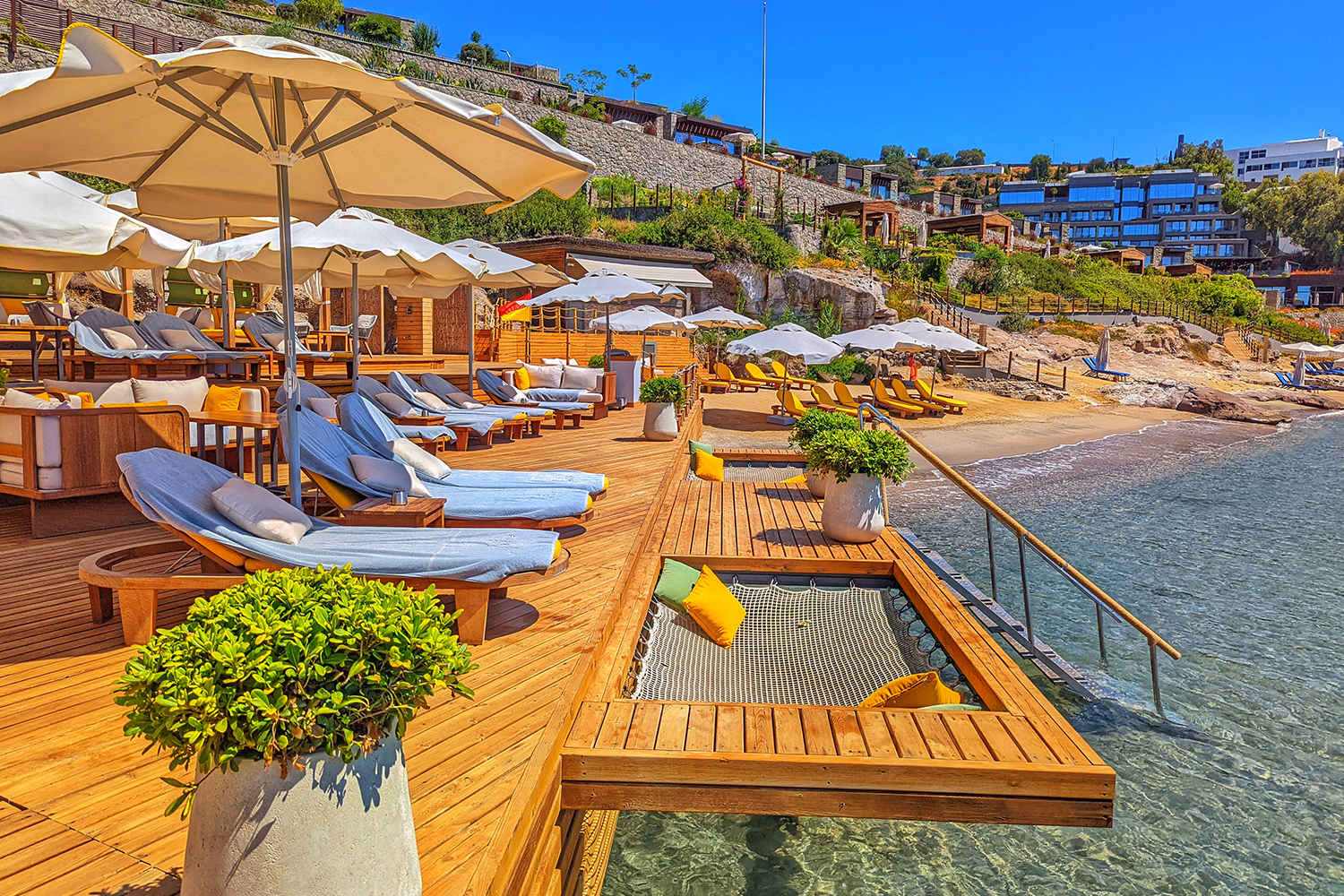 How to Spend Two Weeks in Turkey: Hotspots, Hidden Gems and Endless Kebabs