Forget those silly little electric scooters — we’ve got something better

Update July 10, 2020: Ridesharing startup Revel recently announced that they’ve increased the size of their DC fleet by 200 scooters as DC offices start to reopen amid relaxed coronavirus restrictions. The rides are available in all eight DC wards, and represent a welcome commuting alternative for anyone who is wary of returning mass transit. You can also read about the company’s increased hygiene and disinfectant practices here.

Raise your hand if you’ve ever had a near-collision with a yo-pro (young professional) who was zipping to work on an electric scooter. So that’s everyone.

Perhaps political strategist Michael Hardaway put it best when he told InsideHook about his aversion for the things: “They’re for latchkey pre-teens in the suburbs. Not tax-paying adults.”

On the other hand, there’s no denying their appeal. The zippy little scooters provide a convenient “last mile” commuting method for those living or working in areas of the city whose public transportation options leave something to be desired, like Georgetown or the newly booming District Wharf.

And that’s before you get to the hard data: DC was just ranked third-worst in the entire nation for traffic congestion, according to the 2019 Urban Mobility Report. That means that drivers in DC are now spending more time sitting in traffic, on average, than anyone outside of California. Even those able to commute by bus aren’t faring much better. A recent report from the Greater Washington Partnership found that bus ridership has declined by 8% since 2010, largely due to poor service (the on-time performance of DC’s buses rated at just 79%).

This is where rideshare programs like Capital Bikeshare — and yes, even those silly scooter services like Bird, Lyft, and Lime — swoop in to save your morning commute and lessen congestion on roads as a result.

Revel brought their rental services down to DC in mid-August, becoming the first company to secure a permit to operate mopeds in the city as part of a four-month trial program. And as of this week, any licensed driver can rent one of Revel’s available 400 vehicles through their mobile application. The only other stipulations are that you’re at least 21 years old and can pass a simple driving background check through the app.

Revel charges a one-time $19 registration free to verify your driver’s license and driving record. After that, it costs just $1 to start your ride, and then 25 cents per minute until you arrive at your destination. Make sure to “end” your ride through the app when you’re done, as you’ll also be charged 10 cents a minute while it’s parked.

As of right now, it’s TBD whether the program will be renewed after the initial four months, so now is the time to try one out for yourself.

Just stay off the sidewalks, please and thank you. 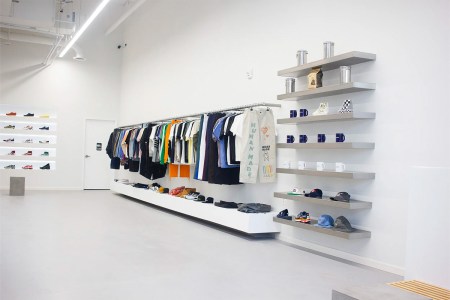 8 Excellent Menswear Shops in DC, From Suiting to Streetwear 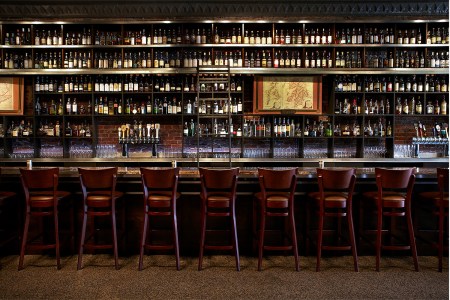