Remembering the Life of Julián Cardona, The Bard of the Borderlands

In the most dangerous city on earth, the courage and compassion of one journalist stood out

This story appears in our new weekly Texas newsletter. You can sign up to receive it here.

Even during the moment of silence, the sound of police sirens never abated: jarring at first before fading into the distance, away from us and into the intimacy of some stranger’s life or death. They came and went as they always do in Juárez, but they did so on that day without the man who had spent his life chasing them.

Julián Cardona, who chronicled his beloved city of Juárez and all its crime and complexity, lay in a casket in the driveway of his home in the city’s Monumental neighborhood on that warm September afternoon. The sirens were a fitting, if unplanned, tribute.

For decades, those sirens were like a pulse to Julián, signifiers of the depravity that had laid siege to the city he called home. Over the course of his career, he fearlessly documented the violence of the cartels: mass graves, gunfights, the killings of hundreds of women. But there was also a softer, more human side to his work, in the plight of the many migrants who passed through the city on their way to a better life. Julián followed them into the Texas countryside, into small cities and towns, never wanting or achieving citizenship of his own while he charted their journeys. Juárez was his city, he told the PBS NewsHour in 2012, and there were too many important stories there still to be told.

Cardona died of complications from Parkinson’s in a parking lot of a strip mall in Juárez on September 21, 2020. He was surrounded that day by his fellow Juárenses, who had tried, but failed, to save his life.

Julián Cardona was born in Zacatecas in 1960. As a child, he left with his parents for Juárez, eventually working in the maquiladoras, cheap-labor factories that proliferated after the passage of the North American Free Trade Agreement (NAFTA). There, he witnessed with his own eyes the brutal conditions under which his fellow workers labored, and the low pay for which they did it. It was then that he took up photography, first documenting the conditions of work in the maquiladoras and the workers who fueled the booming NAFTA economy of the 1990s. Eventually, he turned to photography work full time, cataloguing the city of Juárez and the lives it contained. In 1993, he joined the staff of El Diario, the city’s largest newspaper.

Eventually came Charles “Chuck” Bowden, a brooding and hard-living writer and journalist who became obsessed with all of the issues that make Mexico such a fascinating place. With Julián as the driving artistic force behind 1998’s Juárez, the Laboratory of Our Future, Bowden provided readers worldwide with an inside view of the historic trade agreement that all sides claimed was a win for their side — except the workforce whom everyone had forgotten to ask.

Of that hopeful but chaotic time in Juárez, Julián wrote in 2008’s The History of Our Future that the money and jobs flowing into the city belied their nefarious effects.

“Many who came to cash in on the bonanza saw their cardboard and pallet houses burn, their daughters disappear. Narco became a new word to them. Narco filled their dreams and schooled their children. And when blood ran in the streets, their cries vanished into the dark and the silence.”

Julián and Bowden continued to collaborate over the years, resulting in scores of books about life on both sides of the border, including Murder City, which would not have been possible without Julián’s skillful and careful navigation of one of the world’s most dangerous cities. One such volume can be considered the opus of Julián’s lifelong effort to bring a voice to the migrants who flow through Juárez in their quest for a better life. In 2008’s Exodus/Exodo, Bowden wrote that Julián “was a man on a mission, and he takes his wife, the camera, with him into the mills.”

Alongside his prolific collaborations with Bowden, Julián also continued pursuing his own projects. Among the stacks of paper that cluttered his desk on the day of his wake were essays, notes on that day or week’s findings in Juárez, an autobiography, a novel and parts of his final book, Abecedario de Juárez: An Illustrated Lexicon, a dictionary of Juárez slang co-authored and illustrated by the artist Alice Leora Briggs, which is due to be published later this year. The book will include made-up words for “everything from a compartment in your shoe to hide drugs in, to a more awful euphemism for a dead body than you can even imagine,” says Casey Kitrell, an editor from the University of Texas at Austin Press.

Jose Luis Benevides, director of the Bradley Center at Cal State University Northridge, where some of Julián’s archives reside, said he had been working on his posthumous and forthcoming book for more than a decade. His time on the streets of Juárez — whether for that book, to help Bowden, as a photographer for Reuters or as a fixer for hundreds of journalists from around the globe — made Julián a walking encyclopedia of the city, its country and the deeper truths upon which both are built. He came to realize, Benevides says, that Mexico is actually run by a “parallel state, a shadow state” of violence, drugs, money, corruption, violence and pain.

I first met Julián in 2017 after walking across the border from El Paso for the first time. Somewhat lost to history now, the first two years of the Trump administration were a horrorshow for immigrants and South and Central Americans. Trump was doing everything he could to stop people from crossing the border, and desperate migrants were stacking up at the proverbial gates. Living in Dallas at the time, I felt I had a duty to report on the situation. I reached out to some contacts and eventually wound up on the phone with Julián, who in his plodding and deliberate way of speaking just kept telling me to meet him over the border in Juárez, and we would go see what we could find.

After a day of speaking with migrants, he left me that night to discover the main strip of bars in Juárez on my own. I discovered the city’s native drink and some of Juárez’s beauty amidst all the violence and danger. So intoxicated was I with the city — and with someone as wise, funny, smart and kind as Julián — that I returned nearly a dozen times over the next two years. Never was there one when Julián was not by my side.

To watch Julián work as my fixer — which is to say, as a journalist himself, simply helping out a gringo from across the border who speaks terrible Spanish — was a lesson in patience and an honor. His skill owed to his subtlety. Unassuming but not in a purposeful way, he just kind of floated around, asking seemingly innocent questions, coming off as a curious but not too curious observer. Maybe his success — not just as a journalist, but in not getting killed for being a journalist, as too many in Mexico do — also had something to do with his deep connection to the city.

“I’m staying because this is my city,” he told PBS NewsHour amid a spike of violence in 2012. “It’s an important story, how a city becomes the most violent city on earth. I was able to do it, and I’m OK with that. It’s my job.”

After the funeral I went to some of the bars Julián and I used to frequent, where he would tell me stories about the past, present and future of Juárez, Mexico and the world. We would talk U.S. and Mexican politics and play classic rock on the jukebox. Deep Purple and Black Sabbath were two of his favorites, bands that not only developed his love for music, but also helped him teach himself English.

I had been to these bars without him many times before, but this time was different. It was final. Never again would I sit next to him and enjoy his dry but warm sense of humor, always able to disarm me with a joke I didn’t see coming. No more Jack Daniels en la rocha for him or Tecates and chucho for me. No more “Smoke on the Water” on the jukebox or lively discussions of global affairs. That day, it was just me, my memories of Julián and a man insisting that bars in Juárez used to make chucho, the city’s signature drink, with Sotol instead of Orendain tequila. I told him in all my travels in Juárez, I’ve never seen anyone serve chucho made with anything other than Orendain tequila. But he insisted I was wrong, and so we walked out into a sunset with the familiar burning orange sky of Juárez and into another bar, where eventually I proved him wrong.

On the way there, we walked by Bar Don Felix, its doors shuttered for the first time in any of my trips to Juárez. Why? I asked.

“The cartel, they killed Arrunflo,” the man said of the owner of Don Felix, an older, pale barkeep who always wore a grey ponytail under a black Stetson hat. “Two months ago, it happened. He was my friend.”

These are the kinds of things Julián would know, or find out over the course of a minute-long conversation. And the next time you’d see Julián in Juárez, he’d tell you all the things that had changed since the last time you were there, things he would have documented with his eyes, his camera, his words. Without Julián, a city of 1.5 million souls languishing in poverty and gang violence just across the border from the wealthiest country in the world has lost its bard, its crier, its muckraker, its soothsayer.

Julián used to tell me that all Mexicans have two lives: the one they live in this world, and the one their fellow countrymen construct after they pass on to the afterlife. In this way, Mexicans never really die. They just become legends.

“His heart is here and always has been,” his goddaughter, Adriana Bretado, told me after Julián’s wake, where we played “Bohemian Rhapsody” atop his casket. “He left his heart in the city. He fought for Juárez.” 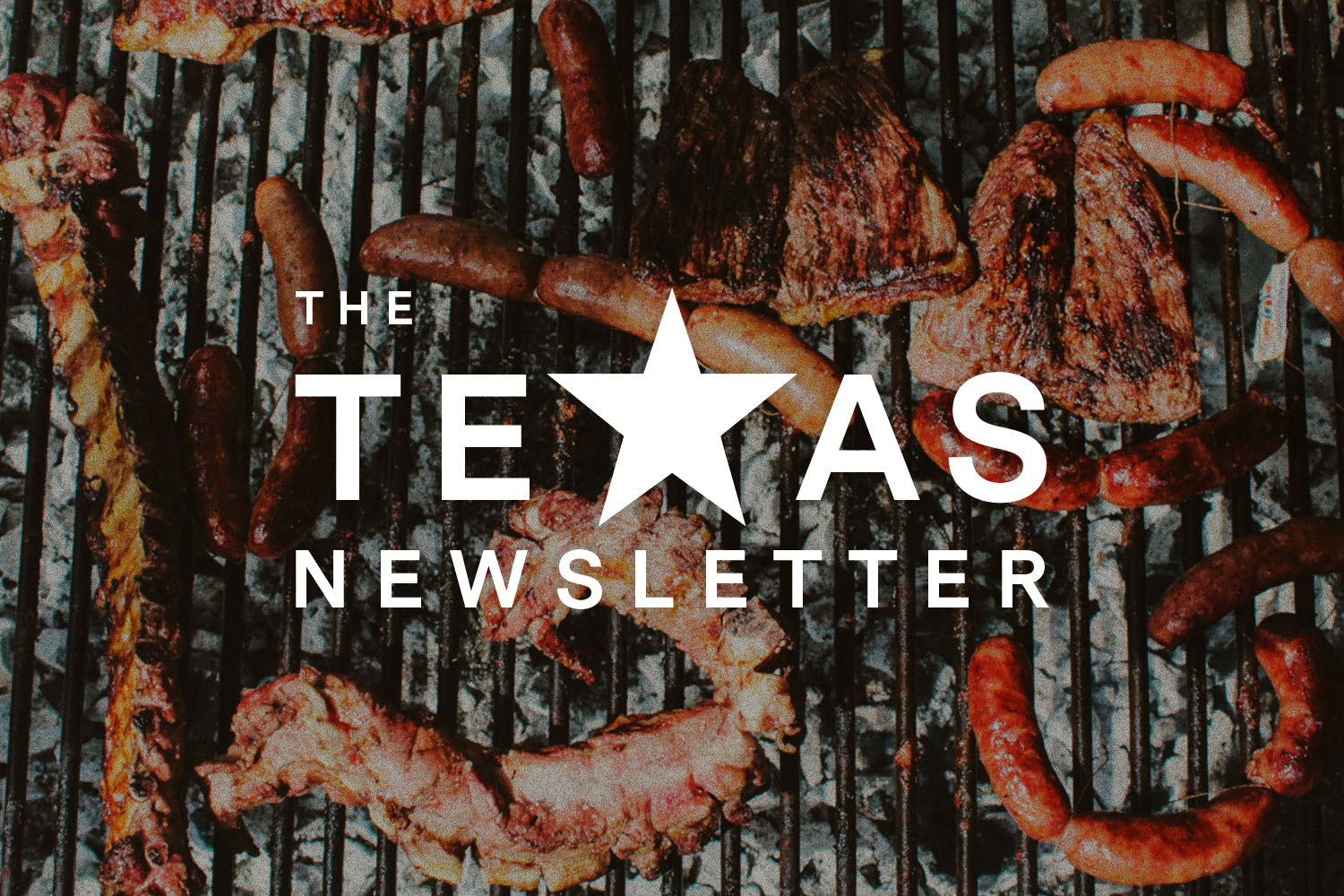 Did Someone Say InsideHook Texas? 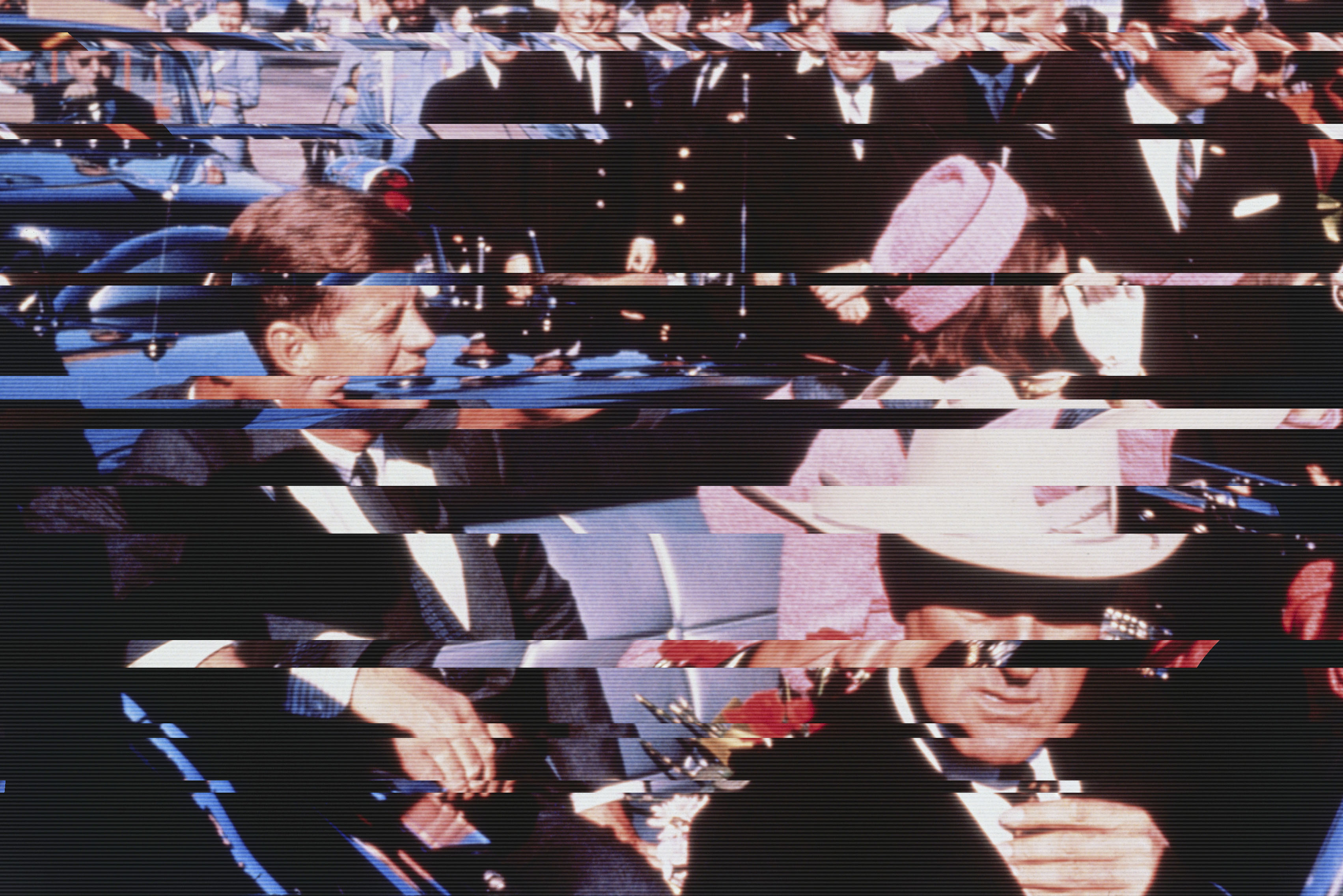 Nearly 60 Years After His Death, The JFK Conspiracy Convention Is Still Going Strong 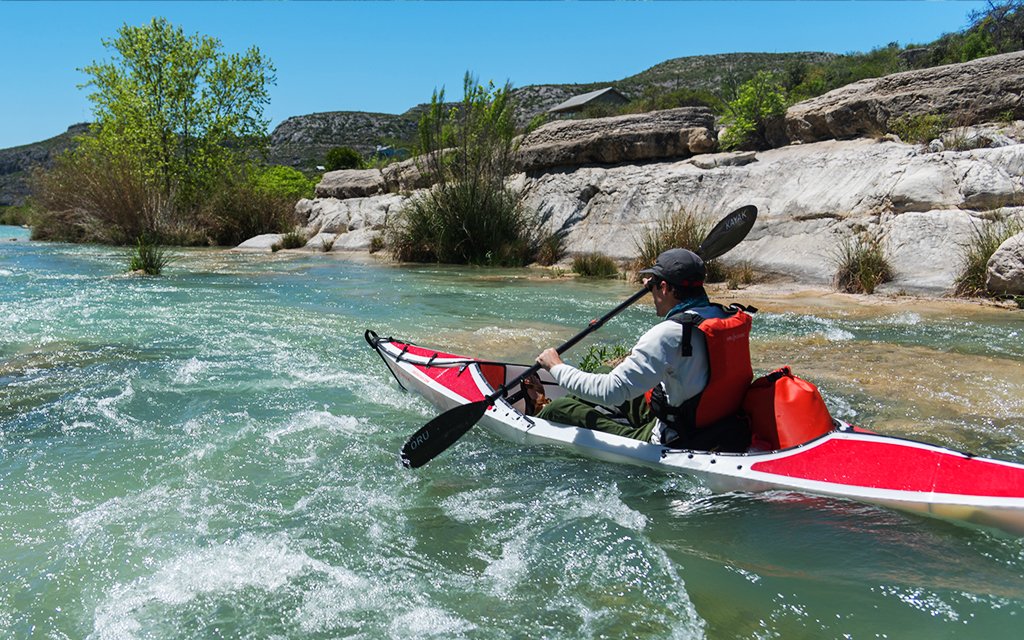