The Vulnerable Men of Hulu’s “The Kardashians”

Their significant others get the spotlight, but it's the men on the show who are most fascinating

The primary focus is on their partners, but these men are the reason to tune in to "The Kardashians."
Getty/Jamie McCarthy/NINO/Gotham/MEGA
By Rebecca Leib

I have an admission: I’ve never watched one episode of Keeping Up With The Kardashians (well, maybe half of one on a flight, while I waited for the sleep medication to kick in). Not that I wasn’t a fan of the Kardashians: I of course contribute the requisite Instagram follow and respect the fact that they’re businesspeople who have been televising their existences — with varying degrees of polish — since 2007. That’s 15 years of living life in front of random producers, camera ops, gaffers and the like…and re-living their lives four months later, when those episodes eventually air. This work-life non-balance creates for a hyper-reality type of television, and when I dipped my big toe into their newest endeavor, Hulu’s The Kardashians, I was not disappointed.

The Kardashians follows Kris Jenner, Kim Kardashian, Kourtney Kardashian, Khloe Kardashian, Kendall Jenner and Kylie Jenner through the heavily glammed time-space continuum of their moneyed, Calabasas lives. The six women are also (unsurprisingly) executive producers, which I thought might allow them a level of control that would be boring. Honestly, I’m not sure if they’re just that savvy at constructing postmodern storylines and conflict or if they really don’t have as much control as they let on (I suspect the former). It was sometimes boring, but often not at all. I know I’m last one to the Kardashian party, but these women are pros.

Oddly enough, what caught my attention most about the show wasn’t the women themselves (though of course, I could watch Kendall slice cucumbers like an alien all the damn day). It was, in actuality, the men who appeared on the show who were the most fascinating. Kris, Kim, Kourtney, Khloe, Kendall and Kylie all come off as put-together moguls — each a different center-parted variation of “entertainer” — and that’s all well and good. But the men are compellingly exposed, fluid characters who rush in to fill the cracks of conflict in their own distinctive ways. Moody, scorned, supportive or strange — the vulnerable men of Hulu’s The Kardashians are truly a show within themselves.

Vulnerable or not, all men on the show file in line behind the first gentleman of the Kardashian administration: Travis Barker, the true tattooed emotional and sexual support of Kourtney. Nary a time do you not find Barker in service of Kourtney’s wants (and hey, maybe they’re his wants, too, though the show isn’t called The Barkers; Kourtney generally gets the floor). Travis is all over his now-bride, dry-humping next to small children and mother-in-laws in the side of a frame or wedged on a recording studio bench. Honestly, I’m here for it. After years of Scott, Kanye, Younes, Lamar, French, A$AP, Tyga, even Tristan Thompson, Barker’s low-key, near-constant high-school-style PDA feels like a breath of fresh air from the complicated minefield of romantic relationships we’ve seen tossed around in the K-fabe.

And we can’t talk about vulnerability (or liability) without mentioning Kim’s ex-husband, Mr. Beautiful Dark Twisted Reality, Kanye West. Thankfully he’s merely a guest on the show, so he shows up only briefly, but honestly, that’s enough. Kanye’s brand of vulnerability has two speeds: intensely doting or intensely asshole-ish. We see the doting part when Yeezy literally drags a computer in a suitcase — a suitcase that potentially holds another of Kim’s sex tapes (spoiler: it doesn’t) — across the country before Kim’s big SNL premiere. That same episode, Kanye completely turns on her, parsing some of her opening monologue language (she said “divorced” instead of “filed for divorce” and dared call him a “rapper”). While it might elicit some cringes and laughter, Kanye’s dichotomous fragility is confusing, but gives us some understanding, perhaps, into what Kim was up against in their seven-year marriage. He is there to give Kim friction, to showcase her softness and own vulnerabilities, to give a hint of complexity to the fairly straightforward portrayal she’s got going on (admittedly, she is the least interesting of all the Kardashian women on The Kardashians).

Don’t worry: next on this list, and likely the inspiration for this piece, is the quivering puddle of a reality personality we call Scott Disick. Dude epitomizes scorned male fragility, in a way that’s almost impressive. The fact that — among marriages, cheating scandals, sex tapes and SNL — a single, unremarkable man can make several storylines out of a “nobody told me/nobody invited me” lament shows me he deserves to be a part of the show. He earned it! What Scott lacks in charisma he makes up for in sulk; he’s not afraid to lose some of his only allies, Kendall and Khloe, in his pursuit of Kardashian relevance.

Pete Davidson is so aware and seemingly “exposed” that he doesn’t even agree to make an appearance on his girlfriend’s reality show. The most we hear of him within the confines The Kardashians is “Never Go Against The Family” (episode 8), where they merely address his existence. Pete’s role on the show reminds me of Samantha on HBO’s And Just Like That; Kim’s newest boyfriend is relegated to stunted exchanges on her iPhone, but we’re still very, very interested. The good news is that, if a recent teaser is to be believed, he’ll be making his on-camera debut on the show in season 2.

We have to make mention of some of The Kardashians men who don’t have a lot of airtime but show up as failsafe supporters who help the six women when they’re in a pinch. Corey Gamble follows his girlfriend Kris around constantly, like a popped-collared puppy dog; he’s the only willing captive of her New York nostalgia on their SNL trip. You gotta love Corey, though I’m ready for him to dry-hump Kris (time to take a page out of the Barker playbook, babe). Of course, there’s also supporting TV host James Corden, ever the Khloe stan, who appears on the show to give Khloe a “grounding” pep talk in episode two, “Did Somebody Tape That.” He appears again alongside John Legend and Mandy Patinkin, in what Kim describes as the “most amazing video ever” to help support a plea for death row prisoner Julius Jones.

With all these vulnerable men bleeding over my television screen, I’d be remiss if I didn’t mention one person who remains remarkably static: Tristan Thompson. Of course, the show gives him a serviceable edit, but that look of panic in episode 1 is as close as we get to him being vulnerable or dynamic. (That look, it is theorized, is when he thinks Kim found out that he was cheating on Khloe. In reality, it all comes out in episode 10.) Sorry, Tristan: I’d imagine the handsome basketball player won’t have much of a redemption arc in season 2.

There are lots of reasons to watch The Kardashians: the outfits, the glamour, the celebrity cameos (Amy Schumer! Gwyneth Paltrow! Faye Resnick!), the show’s impressive inclusion of its own self-awareness (at one point, Kourtney complains about the edit she’s getting on the very show we’re watching, the one that she’s also currently executive producing). But I would urge you to take a look at the male supporting characters, who are unlike many others we’ve seen on reality television. While understated compared to the Kardashian women themselves, they’re one vulnerable and crucial piece to the building of the Kardashian empire. 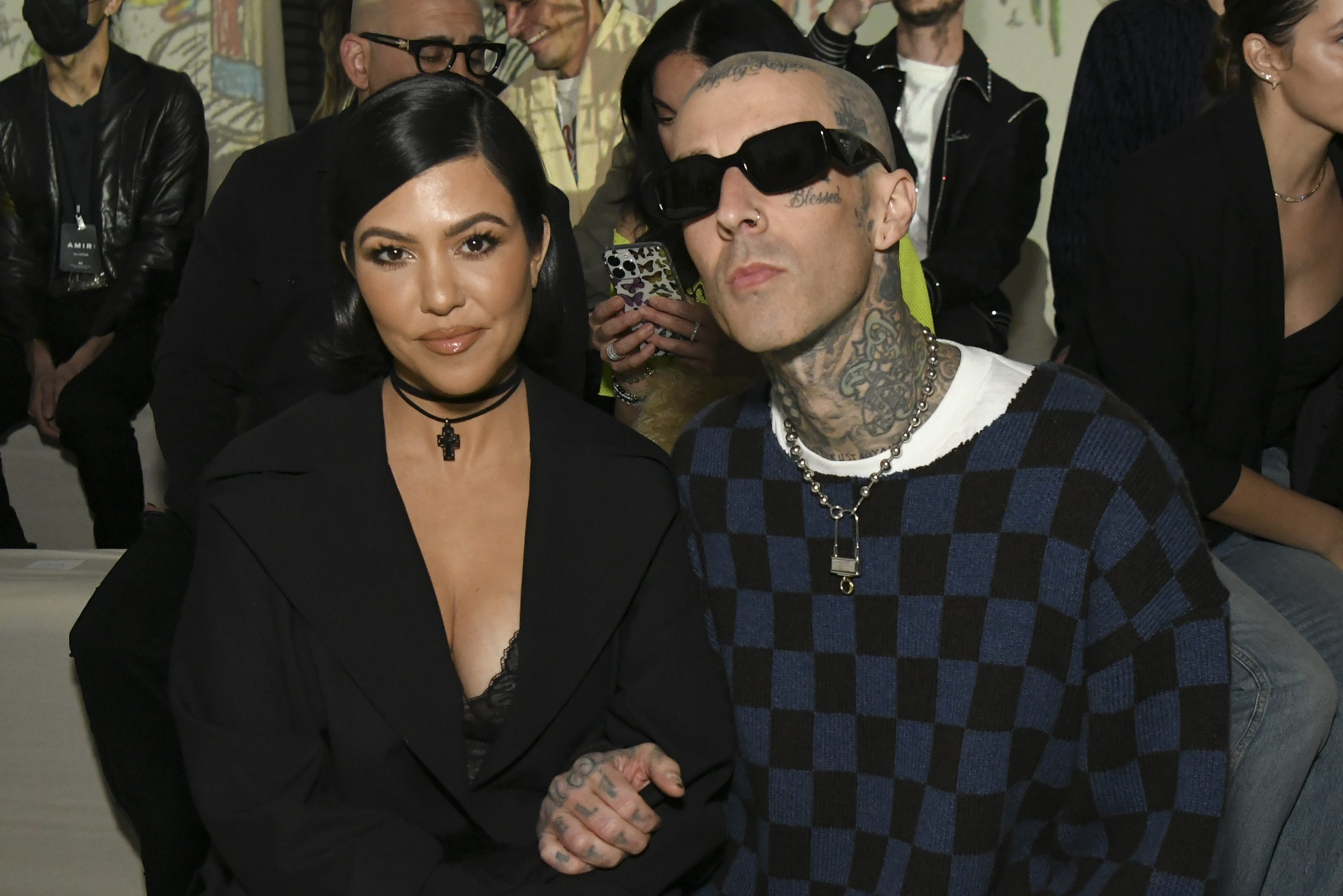 Why Do We Care About Kourtney Kardashian Wearing a Cannibal Corpse Shirt? 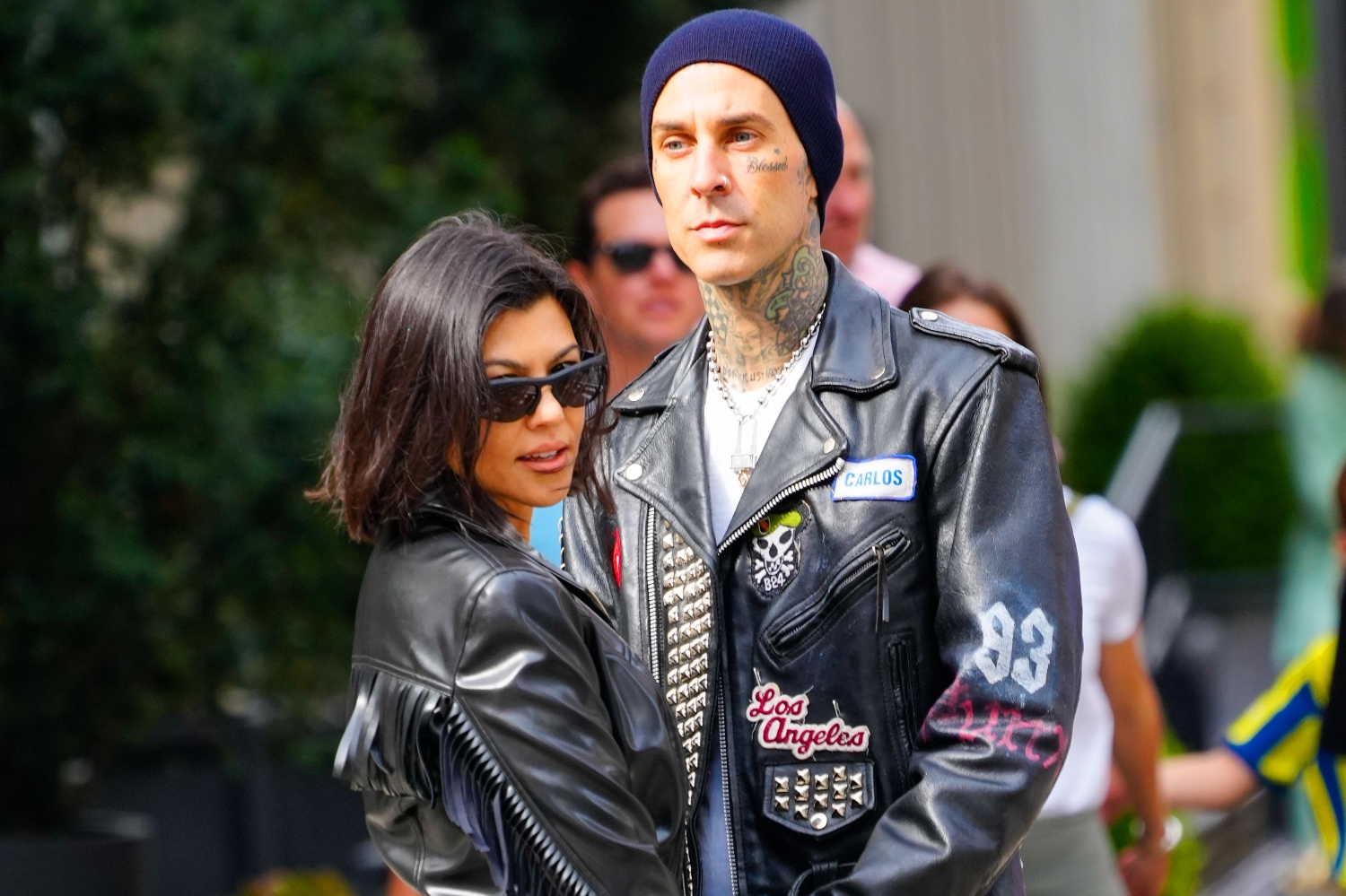 Should You Channel Travis Barker and Buy an Oval Engagement Ring Like Kourtney Kardashian’s?