Stop with the Netflix. You’ve already seen everything worth seeing, except maybe Train to Busan (recommended). Extraction? Extraction is not a great movie, unless you are heir to a company supplying production companies with fake blood, in which case it is your destiny. Everything else, you’ve seen: Mindhunter and Ozark and The Last Kingdom and Unorthodox and Tiger King and all its ancillary cash-grabs, past and future.

Maybe you haven’t seen Moonlight or Killing of a Sacred Deer or The Death of Stalin or Frances Ha, and those are all well worth watching, but add that up and that’s about eight hours of viewing, which doesn’t come close to equaling the time we might have spent in an alternate-universe version of 2020, in bars, airport terminals, concerts, at hot-air balloon festivals. But there’s something out there that might, and it’s hiding in the bowels of your Amazon Prime/MHz programming: Un village francais. It amounts to 72 hours of five-star television.

Un village francais — you will not be surprised to learn that its English-language title is A French Village —  is nothing less than The Wire of France, if by “The Wire of France” we mean a sprawling, paradigm-resetting masterwork with high-minded ambitions. It’s  here not to explain from the bottom up how an American city works, but to tell the messy, messy story of France under German occupation during World War II. Each of the seven seasons covers roughly one year, from June 1940 to … well, that’s part of the surprise.

The fact that we know who won the war (U.S.A.! U.S.A.!) does not diminish the surprises of A French Village. While many Americans tend to have great affinity for the French Resistance, claiming its nomenclature as our own in recent years, we’re generally less up to speed on that movement’s loud-and-proud Communist roots. Like The Wire, A French Village trades a sole central character for a sprawling cast, shifting focus as it goes from ever-more-put-upon doctor Daniel Larcher to his dishy, amoral wife Hortense to résistante Marie Germain to the deeply collaborationist police officer Jean Marchetti. One key figure, though, is Daniel Larcher’s brother, Marcel, regarded as sufficiently heroic that a street is named for him after the war’s end. He’s a devout Communist, committed to the party’s ideals if less assured of his comrade’s wisdom. It’s not until one of those comrades spends time in an actual Communist regime, toward the end of the show, that the beacon is dimmed.

A French Village grapples with questions that French society struggled to address for decades following the end of the war, primary among them the thin and shifting line between collaboration and practicality: If the Nazis say they’re going to murder 20 villagers in response to an attack on a German soldier, and you convince them to kill only 10, did you do a good thing or a bad one? Part of its currency today is in the eerie echoes of national emergency and a parallel sense of cultural unraveling. There’s the opening calamity, a period of grim determination (complete with meat shortages), and then the unspooling, as ambitious people with competing agendas vie for control. (P.S., here in 2020, we’re at the end of the period of grim determination, and set up for a long and fascinating period of extended unspooling.) It’s instructive, in fact, in its reminders that the worst is probably yet to come: the blame-shifting, the reckoning with loss, the sense that nobody learned anything from all our collective (and yet notably isolated) sorrows.

There’s no doubting that this is a French show: Do the characters love their children? Peut-etre, peut-etre pas. (In fact, pas, and if you don’t believe me, ask yourself what happened to Marceau while his parents were having sex to people they weren’t married to.) Speaking of, is anyone really, really surprised when the sacred covenant of marriage is broken? Raymond (and Hortense and Daniel and Jeannine and Marie and Lucienne and probably a lot of others I’m forgetting) would shrug. Why are 100 percent of the two sexiest characters German? Only the show’s writers could say. And my fellow Americans, if you’re not prepared for the fact that when our forefathers do show up, we’re pretty stupid, and also occasionally rapists — well, a Pepe LePew to them.

Look past all that, to a gripping portrayal of a nation at war — with Germany, with itself. It speaks deep truths about what happens to a society when the ties binding it together are loosened. And take notes, toward the end, as it shows the prices paid for willful ignorance, intemperance and greed. That bill will come due here, soon enough. 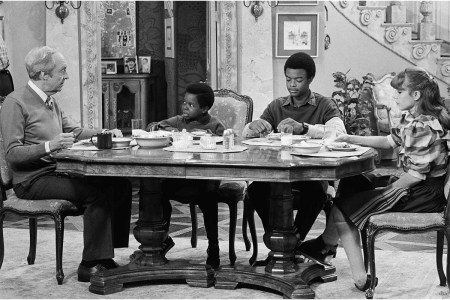