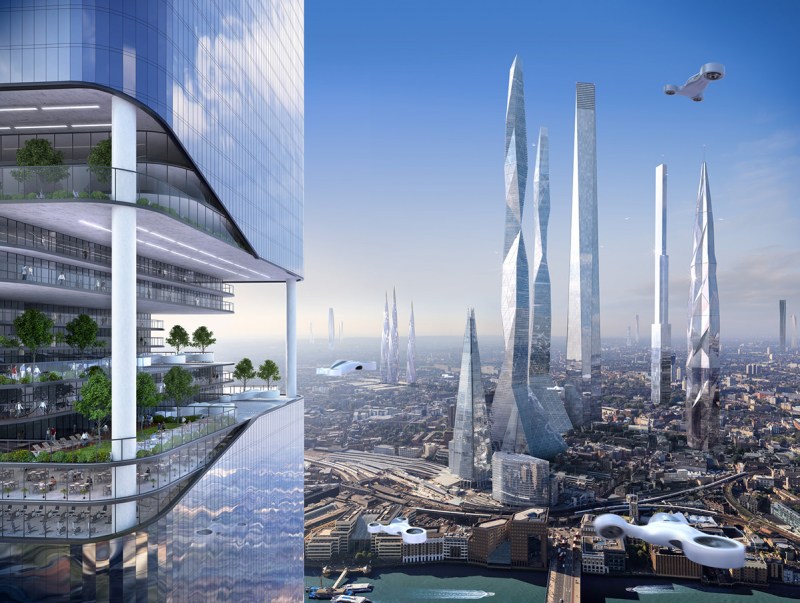 Samsung just paid a bunch of experts to predict what the world will look like in 100 years, and what they came up with is pretty astonishing.

As part of its SmartThings program, the expert panel, which included a rocket scientist, futurist architect, and pioneering urbanists, concluded that the world wouldn’t be far off from Isaac Asimov’s vision of the future. Cities would get a major facelift upward; the tallest buildings in New York City’s skyline would be dwarfed by super-skyscrapers, which would be towering megastructures fashioned from carbon nanotubes and diamond nano-threads. Giant structures would also be built below the earth’s surface—earth-scrapers—which would tunnel 25 stories deep or more. 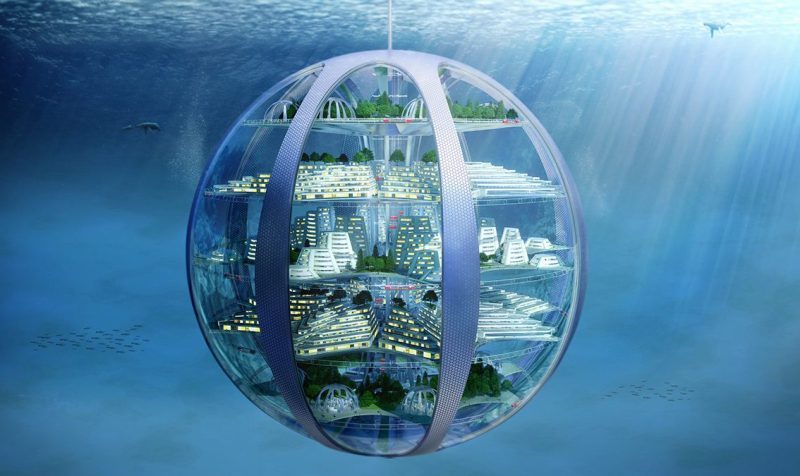 Architects would also be looking at the ocean for real estate, so one might find themselves living in an underwater city, using the surrounding water to create a breathable atmosphere and generating hydrogen fuel through the process.

And of course, the skies would be full of drone highways, with drones making deliveries, transporting us from place to place, and potentially even taking us on vacation. (The panel reported that drones could even replace cars altogether.) 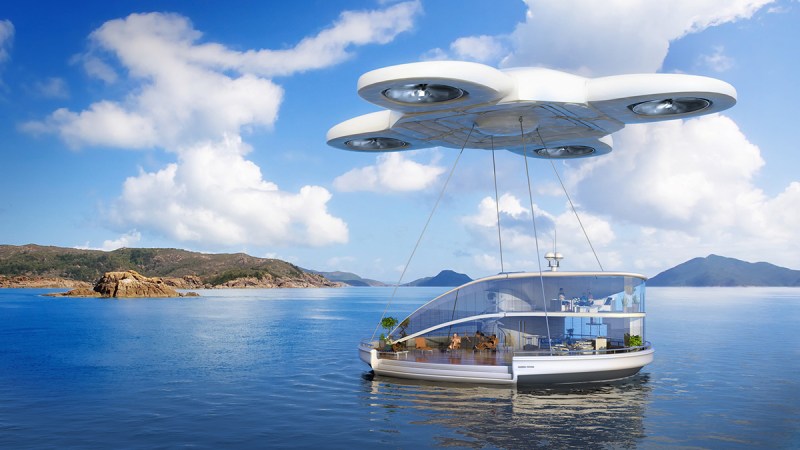 Looking even further, the panel discussed the potential for 3-D printing of houses and furniture; flexible smart walls that would decorate themselves and adapt to suit your mood; 3-D printed Michelin-starred meals; virtual meetings making use of holograms; even medi-pods, which people could step inside to find out what’s ailing them in real time. 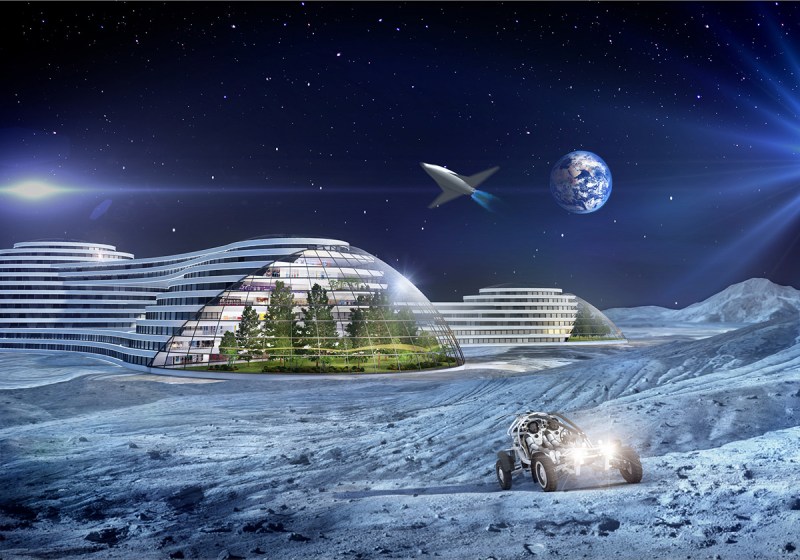 Maybe the coolest prediction of all? We’ll be first colonizing the Moon, then Mars, and the rest of the galaxy (see the concept art above). So basically, you’ll soon be living everything that happens in Elton John’s “Rocket Man.”

Listen as one of the panelists, Dr. Maggie Aderin-Pocock, a space scientist, walks you through the results of the study below.