This Season, It’s High Time You Embraced the Sneaker Boot

The weather-readiness of a boot with the comfort of a sneaker? Win-win. 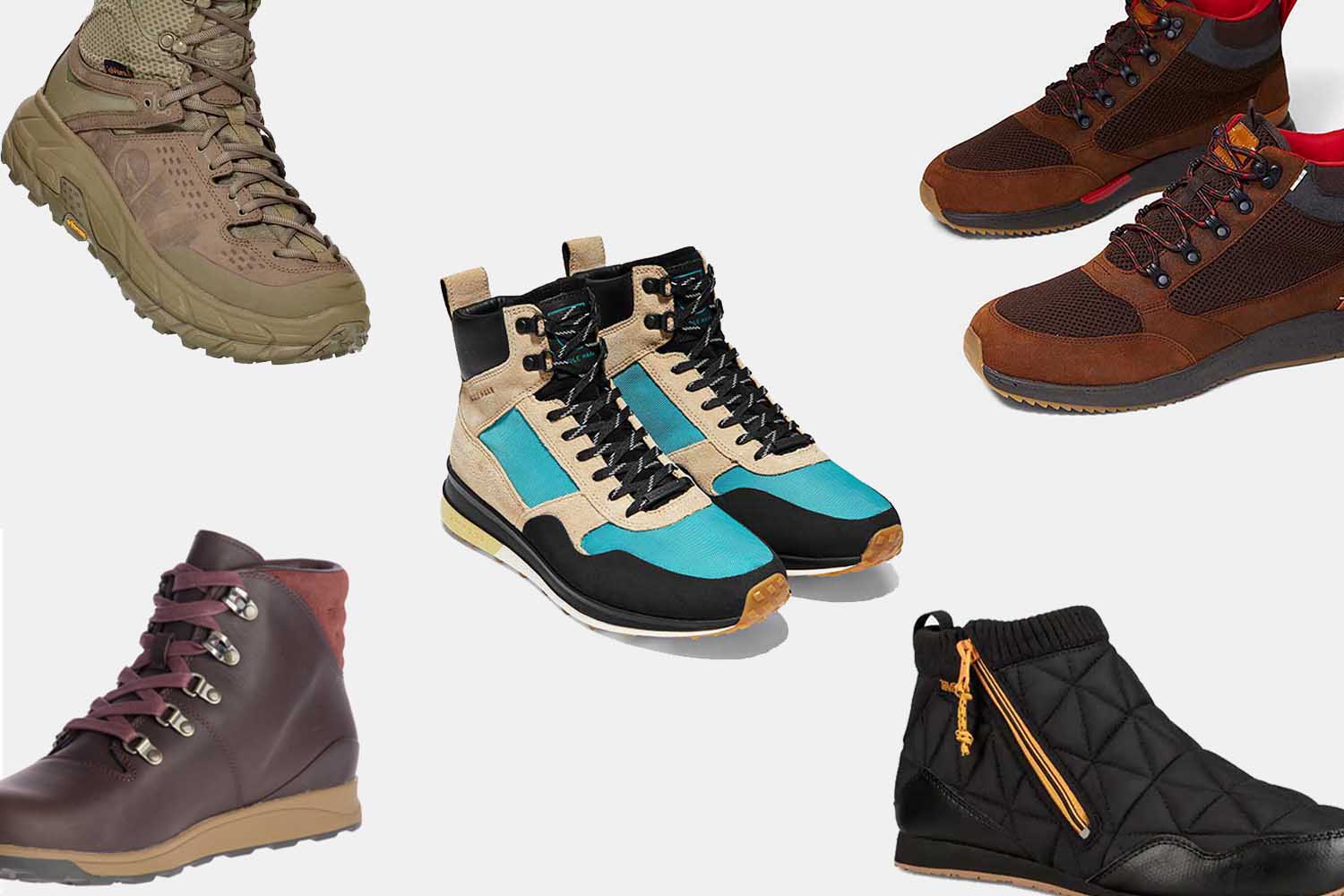 As a New Yorker, your correspondent deals with his fair share of crap weather, and thus boots are usually the name of the footwear game during the winter months. However, residing in New York also means a fair amount of commuting by foot — and as a man with semi-old bones, a full day in rugged leather Red Wings, Wolverines, etc. ain’t the most comfortable, at least consistently.

And while I’ve never been a champion of hybrid footwear, of late I’ve warmed to the new breed of “sneaker boot” emerging in my daily perusals of the interweb — it seems as though some brands are wising up to the fact that there is a large contingent of us who enjoy enjoy the weather resistance and traction of a boot combined with the all-day cushion of a sneaker.

And while I will readily admit that said brands are not traditionally regarded as the “coolest” or most “heritage” by the menswear cognoscenti, I also don’t really give a shit — if they look great, stand up to the elements, and keep my dogs comfy, they’ve earned a spot in my closet.

As they should in yours — below, a few of our favorites:

Imagine my surprise to learn that ol’ Tom, perennial purveyor of canvas slip-ons and benefactor of shoeless children the world over, has been quietly turning out a really respectable line of boots. My fave is this hiking-inspired pair with a brown leather/mesh construction (all waterproof) with some really nice red accents. The super cushy OrthoLite insole is removable, but why the hell would you do that?

Ok, I get it. But take a deep breath and look at these a second time. Teva had the stones to essentially create a quilted parka for your feet, and for that they deserve some serious credit. Are they gonna be your everyday wear? Of course not. But for a winter weekend kickaround paired with some joggers and a shawl cardigan? Hell yeah.

Wholeheartedly endorsed by our editor-in-chief, Chaco’s mountaineer-esque Frontier boot is probably the most technical on this list. Full-grain, waterproof leather upper, 100% seam-sealed to keep out even the gnarliest slush.

These bad boys also come in all black as well as a nice sand colorway, but for my money it’s this beige/black/teal trifecta that you should have your eye on. Fully water-resistant with great grip and a proprietary foam footbed, it’s obvious that Cole Haan has retained a lot of expertise from their former Nike overlords and continue to apply it.

Admittedly, these are not for the sartorial faint of heart — you must own at least one pair of Yeezys to ride. And while I have not tested this model in particular, I will say that Hoka running shoes have absolutely saved my knees (even if they are kinda crazy looking).