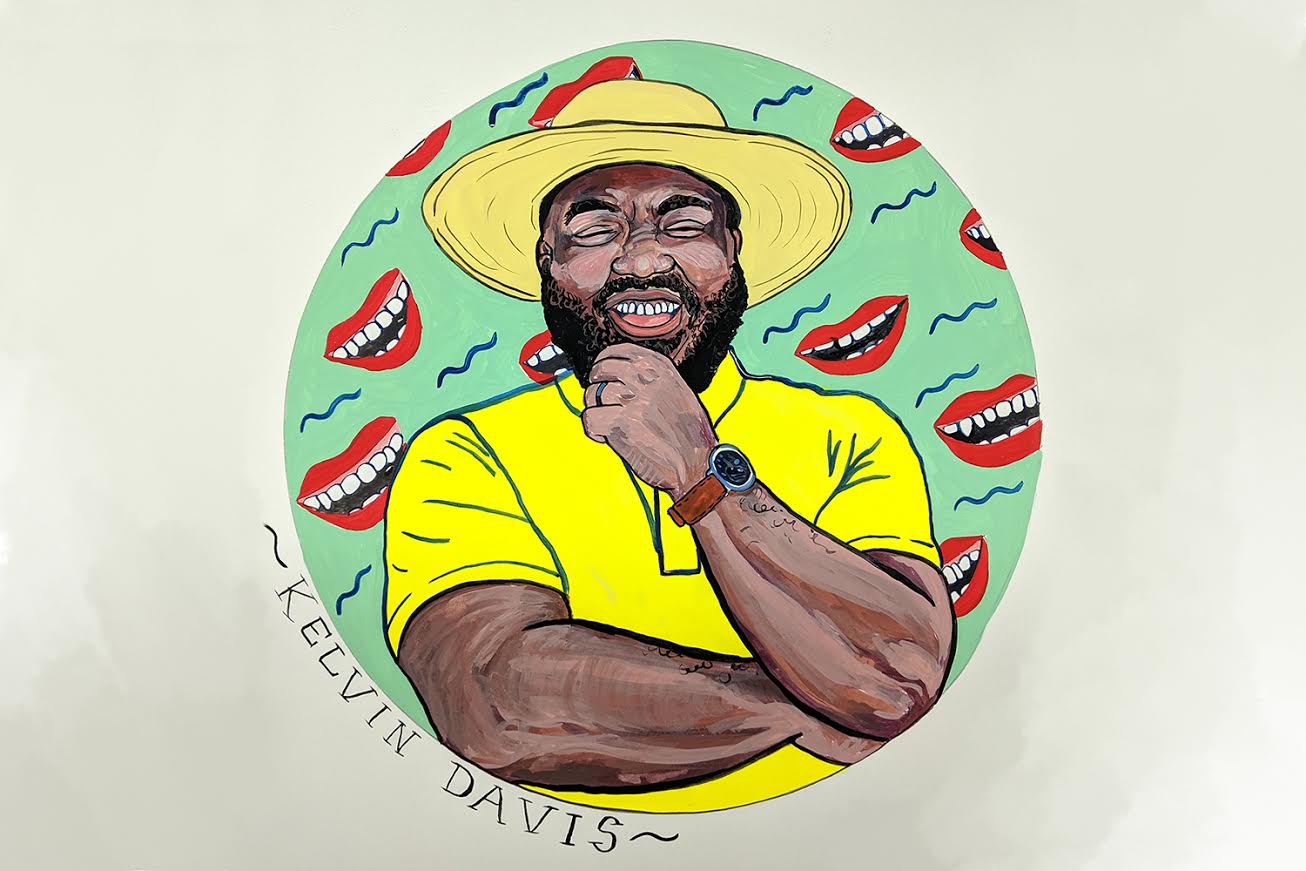 Welcome to The Age of Influencer, InsideHook’s look into the real lives of people who we follow through YouTube, Twitter, Instagram or whatever form of social media we’re currently obsessed with. In this installment, we spoke with Kelvin Davis of Notoriously Dapper, a body-positive Black millennial men’s fashion blog that turned him into a force on Instagram with close to 100,000 followers and counting.

Davis is rethinking the definition of a modern gentleman, and offering representation for plus-sized men of color all through a lens of positive thinking that’s rare to encounter on Instagram, or, well, anywhere online these days. Kelvin rose from middle-school art teacher to full-time influencer while still living in the smaller, unexpected confines of South Carolina, and his commitment to dismantling the bullshit of the past has made him one of Instagram’s most promising new stars.

Davis would know. He quite literally wrote the book on embodying the spirit of a modern gentleman: Notoriously Dapper, an adaptation of his wildly successful menswear blog of the same name. Founded in 2013 after a fat-shaming shopping experience left him deeply disturbed, Notoriously Dapper grew him a social media following of nearly 100,000 and counting, landed him that book deal and modeling gigs for brands like American Eagle Outfitters and Chubbies.

And though he was incredibly positive, polite and thoughtful when he called us from from sweltering South Carolina a few weeks ago, Kelvin is also fearless when it comes to speaking truth to power — aka dismantling the mostly white and non-inclusive Gentleman Industrial Complex of the past. And the support for a perspective like his has been swift and serious.

Diet culture and fat-shaming are obviously worldwide phenomena, but according to global statistics, eating-disorder culture has the deepest, most twisted roots here, in the United States. Luckily, growing movements in America have inspired a new generation of people who are eager to reject the whole framework. If you spend any time getting to know people who work in the body-positive space, you’ll find that most people are drawn to the movement because of a deeply negative experience, or a slew of them; enough shame to decide that this behavior is not and should not be normal, enough bullying to reach a breaking point.

For Kelvin, that pivotal encounter came in 2013, when he got a new job and tried shopping for some more professional-looking clothes.

“I’ve really been into fashion and art since I was a kid, but I vividly remember being body-shamed when I went to get some new clothes because I got my first teaching job,” Davis said. “A sales associate told me that I was ‘too big’ to shop there. As a guy, that was really my first time being that insecure, especially when it came to fashion. I realized fashion isn’t for everybody, so I wanted to get into it and provide a sense of safety for people of all sizes.”

That same year, he started Notoriously Dapper, and created an Instagram page along with it to help promote the site itself. A few years after, Tess Holliday noticed Kelvin’s work and invited him to be part of her #EffYourBeautyStandards group. As the sole man included in the movement back then, his following skyrocketed. “I was the only guy to be a part of it at the time,” he remembers. “And that really helped me to get more notoriety in the sense of body positivity. I can honestly say if I wasn’t part of that community, I wouldn’t have as much success as I do now.”

As his platform continued to grow, Kelvin’s message wasn’t solely just about loving and accepting your own body, but extending that same respect to everyone else, too. His ideas about how to behave as a modern man caught the eye of a publishing agency, who wanted to enlist a man with a young, Black perspective to rewrite the guidelines for gentlemanly behavior.

[Society] thinks influencers are just these L.A. girls that don’t have jobs and get paid a lot of money to talk about tummy tea. I feel like it’s a really misunderstood occupation.

“A lot of those etiquette books have been written by older white guys,” Davis explained. “But my more modern perspective of being a gentleman as a young, Black millennial man is based on something else. The biggest thing is really being accepting of everyone, which is what people forget. They think just dressing nice makes them a gentleman. But Trump wears a suit every day … and he’s not much of a gentleman.”

After Notoriously Dapper became an Amazon best-seller, Davis decided it was time to embrace the role of influencer full time. He’d been working as a middle-school art teacher for the past six years while his profile was on the rise, but gave that profession up in 2018. The decision didn’t come without any hesitation, either: his relationship to influencer culture is still skeptical, at best.

“I have a bittersweet and love/hate relationship to being an influencer,” he admitted. “I know what it means for me, that I’m able to influence people positively, and really try to help them become better, more confident humans. But there’s an expectation and definition that society has — where they think influencers are just these L.A. girls that don’t have jobs and get paid a lot of money to talk about tummy tea. I feel like it’s a really misunderstood occupation.”

Of course, tummy tea isn’t what he’s about, and it isn’t what a lot of the most successful creators and activists on Instagram are into, either. Pointing to other body-positive Black men in the space he likes following, like Dex Rated and Hippy Potter, Davis reiterates how thankful he is for the way social media has enabled voices like his to be heard, and in turn, encourage more marginalized people to speak out.

Because, while body positivity is having something of a moment for women, it’s been slower going in the menswear space, particularly for men of color.

“Growing up in the Black community, a lot of us live by the rule that you don’t go to counseling, or therapy, you don’t talk about your issues,” Davis explained. “You just go to church, or pray about it. So, being able to be a representation for men of color — not just physically, but to show them that emotionally, they can be better, they can talk about their bodies, their insecurities, they can talk about their mental illness — I think it really helps represent a whole population of people who are undercut in the world. Especially in America.”