As he prepares for the Australian Open, the No. 9-ranked player is excited for his starring role in a new Netflix docuseries

Taylor Fritz is a rising star in the tennis world.
TPN/Getty Images
By Jake Kring-Schreifels

The No. 9-ranked tennis player in the world continued to build on his massive 2022 success last Sunday, defeating Italian Matteo Berrettini in the inaugural United Cup to secure a victory for Team USA. Leaning on his 15 aces, Fritz took down yet another powerhouse opponent over the 11-day tournament, prompting his teammates — including Francis Tiafoe and Madison Keys — to mob him in celebration underneath the lights at Sydney’s Ken Rosewall Arena. “Winning an event, getting all the good matches and points-wise for the ranking, it’s as good as it can get for starting the season,” Fritz tells InsideHook. “It was a really good week.”

The buzz around Fritz will only continue Friday, when Netflix debuts the first five episodes of Break Point, a new tennis docuseries that follows a select group of premier players on and off the court. As conceived by the producers behind F1: Drive to Survive, the series will highlight the 25-year-old Fritz (in addition to players such as Nick Kyrgios and Felix Auger-Aliassime) in the third episode, chronicling his standout victory over Rafael Nadal at the Indian Wells finals from last spring. The win strengthened Fritz’s grip as a rising American star, propelling him to the Wimbledon quarterfinals and enabling him to crack the Top-10 in October.

Ahead of the Australian Open, Fritz is eager to capitalize on the momentum he established last year — and intrigued by the documentary’s capabilities to grow the sport. In the same way Drive to Survive increased viewership and fandom throughout the Formula 1 racing world, Break Point promises to get “up close and personal” and provide a previously unopened window into tennis life that Fritz believes will only help attract more fans and Netflix viewers. In the midst of transitioning out of team play, Fritz caught up with InsideHook to reflect on his elevated play and his hopes for the docuseries.

InsideHook: You’ve expressed some nervousness recently about tennis getting its first close-up with Break Point. I know it can be a little unsettling not knowing how the edit turns out. How do you feel as it debuts this week?

Taylor Fritz: I’m super excited for it. I think anytime a big show like Break Point is coming out, it’s normal to be pretty nervous, to see myself on a show. But I’m really excited for it. I think that it’s going to be really good for the sport, and I think that the part of my story that I know is going to be in the first five episodes is one of the best weeks and moments of my life, so I’m happy to see it on the show.

IH: Was it divine streaming service intervention that you defeated Nadal as the cameras were following you?

TF: It’s pretty crazy. I’m happy that they were there to catch the whole thing. It’s a great coincidence that we just happened to have all of that on camera.

IH: What convinced you to let Netflix into your life? What gave you reassurance that this would be a good opportunity?

IH: What was it like having cameras around you constantly?

TF: It was easy. It was only ever at the big tournaments. It was more of them just shadowing whatever I was doing. So I didn’t change my routines or anything like that. I never let it affect what I had going on.

IH: Did you get a boost from that in some way? Did it impact the way you thought of yourself?

TF: No, I wouldn’t say so. I don’t think when I was playing or doing well that I thought about what they were filming or what was going on. I don’t think it really changed anything.

IH: You’ve mentioned how you get recognized in Europe way more often than the U.S. Do you expect that to start changing with this docu-series?

TF: I really have no idea what to expect. We’ll see. I know that a lot of times after a Netflix show comes out, regardless of what it is, the people on the show become much more recognizable if the show is a hit. So we’ll see how the show goes and how popular it gets. 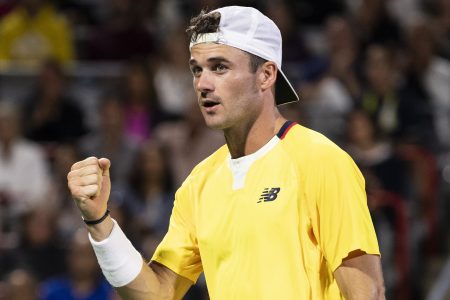 After a Breakout Year, American Tommy Paul Is Ready for the US Open Spotlight

IH: What’s it like to think of yourself as a television protagonist now? Do you like the idea of gaining casual fans solely because of the show?

TF: Yeah, I’ve always wanted tennis to get more popular, and so I definitely like the idea of more people knowing about the sport, knowing about myself and hopefully following along at tournaments.

IH: How would you describe the feeling of winning that Nadal match and how much confidence it gave you for the year?

TF: It’s tough to really put into words. I remember afterward I just kept saying “No way.” Everything seemed too perfect. Those kinds of moments are the reason why I want to play this sport and why I love competing. You can’t beat that feeling of winning on a big stage against an amazing player. It gave me confidence and set me up in a really good position for the whole year where I could be finishing in the Top-10 and I could reach the World Tour Finals. It set up my whole year confidence-wise and points-wise.

IH: You had an incredible 2022. At what point do you take a moment to reflect on the season and start to think about goals and the next step in your career?

IH: As you approach the Australian Open, what kinds of goals do you have and how eager are you to continue the momentum of your 2022?

TF: I just want to try and reset. This is a new year, so everyone basically starts at zero. I don’t need to be thinking about defending points. I want to put myself in a grand slam final and see myself playing for a grand slam title, and I want to aim for the Top-5 as the starting goal. And then we’ll go from there. 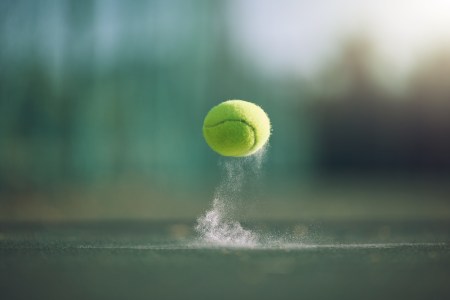