A trio of handicappers offer their insights on Thursday's games

Saquon Barkley has been a wrecking ball for the Giants this season.
Rey Del Rio/Getty
By Evan Bleier @itishowitis

This is NFL Best Bets, a recurring series in which professional sports handicappers lend us their insights and picks for the most intriguing matchups for each week of the professional football season. Here are our expert NFL picks for Thanksgiving Day.

You’ve got places to go, people to see and possibly some wagers to make, so let’s get right to it with some help from Thomas Gable, the director of race and sportsbook at the Borgata Hotel Casino & Spa in Atlantic City, sports betting reporter Josh Appelbaum of VSiN and Odds Assist CEO Dave Rathmanner.

Appelbaum’s Assessment: This line opened with the Bills listed as a 10-point road favorite. We’ve seen the line fall to 9.5, signaling some respected money grabbing the points with the home dog Lions. Detroit is playing their best football under Dan Campbell right now, having won three straight games. Big dogs +7 or more are 23-13 ATS (64%) this season. Campbell is 17-10 ATS (63%) as a dog with the Lions. I expect the Bills to win but I think it will stay within single digits. Give me Lions plus the points.

Gable’s Guess: The Bills really ran the ball effectively against the Browns on Sunday and didn’t have to use Josh Allen as their leading rusher. Devin Singletary rushed for 86 yards and a touchdown and James Cook added 86 yards. Allen still doesn’t look 100% to me throwing the ball, but he did what he had to do to win the game. Now they face the upstart Lions who just never really allowed the Giants into the game on Sunday and came away with a third straight win. Detroit QB Jared Goff didn’t turn the ball over and their defense was able to stop the Giants’ running game. The Lions may be feeling themselves a little right now as they’re back in the playoff picture with plenty of games left to play. I think the Bills should be favored, but this is a lot of points to lay on the road. I’m going to take the over.

Rathmanner’s Reckoning: The Buffalo Bills head back to Detroit for a second game in five days following their 31-23 win over the Browns in a game that was moved to Detroit because of weather. The Bills should have no trouble putting up points against a Lion defense that is worst in the league in both yards allowed at 415.9 per game and points allowed at 28.2. The Bills’ defense has fallen off since a strong start to the season. They have given up 22.6 points per game over their last five games. The Bills are second in the league in scoring with 28.1 points per game and the Lions are eighth in the league averaging 25 points per game. With these two high-powered offenses, look for some points to kick off the Turkey Day games. Give me over 54 points.

Our Pick: On a short week, running backs shine and the Lions have good ones. Taking Detroit with the points.

Appelbaum’s Assessment: The Cowboys opened as low as a 7-point home favorite. We’ve seen this line shoot up to Cowboys -10. This massive steam is notable because the public is rocking the Giants plus the points. After all, doesn’t this line seem too high? Why is a 7-3 team getting double-digit points? If it looks fishy, it usually is. The Giants have a ton of injuries, especially on the offensive line. This looks like a time to fade the trendy dog to me. I’ll lay the points with the ‘Boys.

Gable’s Guess: The Giants are certainly left with some questions after the loss to Detroit. Mainly: How were they not able to run the ball on against Detroit’s defense with the leading rusher in the league? The Cowboys had their game against the Vikings wrapped up by halftime. It was certainly a dominant performance by Dallas, but this is a division game and you need to tread carefully, especially in the NFC East. This Dallas team, when healthy, has the tools necessary to make a significant playoff run. They just can’t make silly mistakes like they did against Green Bay two weeks ago. Their defense can be dominant, but their Achilles heel has been defending the run and that’s the Giants’ strength. If Saquon Barkley can get going, it could spell trouble for Dallas. For the Giants to be successful, they’re going to have to run the ball and drain the clock. I’m taking the under.

Rathmanner’s Reckoning: The New York Giants may have a 7-3 record, but it is not nearly impressive as it seems. Five of their wins have come over teams with a combined record of 14-38-1. The Cowboys have dominated this series in recent years, winning 10 of the last 11 meetings and going 8-2 ATS in the last 10 games. Despite being division rivals, the average margin of victory for Dallas has been 13.6 points in the last five years when these two teams play in Dallas. The Giants will rely on Saquon Barkley to keep it close against a weak Dallas run defense, but perhaps the grind of a full healthy season is finally catching up to Barkley. He managed only 22 yards on 15 carries last week against a Lions team that typically doesn’t stop anyone on the ground. Look for the Cowboys to roll on Thursday afternoon. Take them at -9.5 or better.

Our Pick: Dallas was in a similar spot with the Packers and lost outright. Taking the Giants and the points. 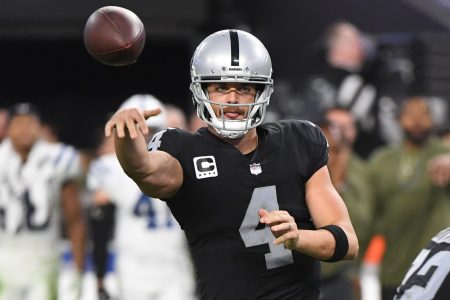 Appelbaum’s Assessment: This line opened with the Vikings listed as a 3-point home favorite. The public is laying the points with Minnesota in a bounce-back spot, yet we’ve seen the Vikings fall from -3 to -2.5. This signals pro money grabbing the Pats plus the points. Primetime dogs are 21-12 ATS (64%) this season. I expect the Pats’ defense to smother Kirk Cousins, who has historically struggled in primetime. I’ll sweat the Pats plus the points.

Gable’s Guess: New England’s offense looks far from great, but their defense continues to show up. The offense was able to move the ball against the Jets last week, but they could not score. Mac Jones looked okay, but he’s obviously had some rough starts. I certainly didn’t expect the Vikings to be dismantled like they were by the Cowboys. But, they’d gotten everything to go their way this year, so a letdown spot was kind of overdue. Kirk Cousins had no protection from his offensive line. The question here is: Can the Patriots do the same thing and get a good pass rush using only four guys? I like the Vikings to bounce back in this spot, but I don’t want to take anything away from New England’s defense. I’m going to take the under in this one too.

Rathmanner’s Reckoning: The Patriots travel to Minnesota on Thanksgiving night to take on a reeling Vikings team that gone blown out 40-3 at home last Sunday by the Cowboys. This will be another tough game for Kirk Cousins and the Vikings as, much like the Cowboys, the Patriots are excellent at bringing pressure and sacking the quarterback. The Patriots are second in the league only to the Cowboys with 36 sacks on the season. The Patriots allow only 16.9 points per game, the second-fewest in the league. Their pass defense is fourth-best in the league, so they should have success containing Justin Jefferson and company in the passing game, which is the strength of the Viking offense. While the Patriots’ offense is not great, they are facing a porous Vikings defense that’s allowing 388.9 yards per game — fourth-worst in the league. I’ll play New England on Thanksgiving night at +3 or better.

Our Pick: The Patriots can’t score and will run the clock to keep it close. Taking the under.

Editor’s note: Betting lines fluctuate throughout the week based on injuries, the weather and other factors. Make sure to double-check the odds before making your own NFL picks for Thanksgiving Day.