The Weirdest Things Humans Have Shot Into Space

A car, sperm, a sandwich and an Andy Warhol doodle ... it's all in space for good now.

In this handout photo provided by SpaceX, a Tesla roadster launched from the Falcon Heavy rocket with a dummy driver named "Starman" heads towards Mars. (SpaceX via Getty Images)
Getty Images
By Rebecca Gibian

Ever since we have begun exploring space, humans have sent some, well, interesting stuff up there. Besides the obvious supplies to keep the astronauts at the International Space Station alive and healthy, we have also sent up experiments, pictures, cars and more. We take a look at some of the most interesting things we have sent up into the solar system, some which may never return to Earth. 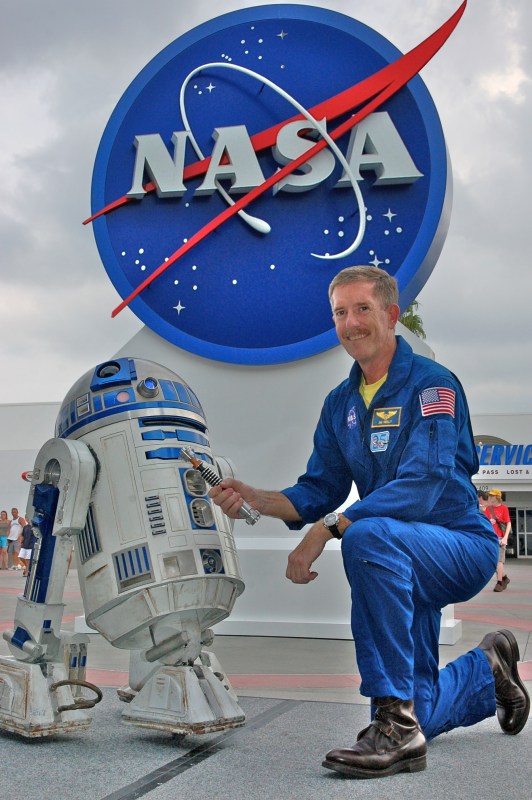 Astronaut Jim Reilly helped welcome R2-D2 and Luke Skywalker’s lightsaber from Star Wars to the Kennedy Space Center. The lightsaber is being taken into space aboard the real-life spacecraft Discovery during mission STS-120. (NASA)

In 2007, a space shuttle carried Luke Skywalker’s lightsaber to space. NASA’s STS-120 mission included Mark Hamill’s lightsaber prop from 1983’s Return of the Jedi. The weapon was loaned to NASA by George Lucas and was presented to NASA officials in typical fashion: By Chewbacca himself. The officials were escorted by Stormtroopers, Sith lords, and bounty hunters to make sure the lightsaber was successfully loaded for transport to the International Space Station. Sperm being prepared for launch. (NASA)

NASA wanted to answer the age-old question of what happens if humans get it on in space? Can we reproduce in microgravity? So the space agency sent human and bull semen samples to space to see if they can move freely enough and fast enough to potentially fertilize an egg (no egg will be involved in this current experiment). The sperm will then be re-frozen and sent back to Earth where scientists will test to see if its capable of reproduction.

Doodle by Andy Warhol in the top lefthand corner that made it to space, along with drawings from five other artists.

Artist Andy Warhol scribbled his initials on a ceramic tile no bigger than a thumbnail, and it made it to space. But it doesn’t really look like initials, though we will leave you to make your own decision. Warhol’s doodle was one of six miniature drawings, created by six different artists, that were smuggled to the moon on the Apollo 12 mission. Robert Rauschenberg, David Novros, John Chamberlain, Claes Oldenburg, and Forrest Myers, who organized the project, all drew on the same chip. It is the first piece of art to be on the moon’s surface, some say, though others would debate that point. 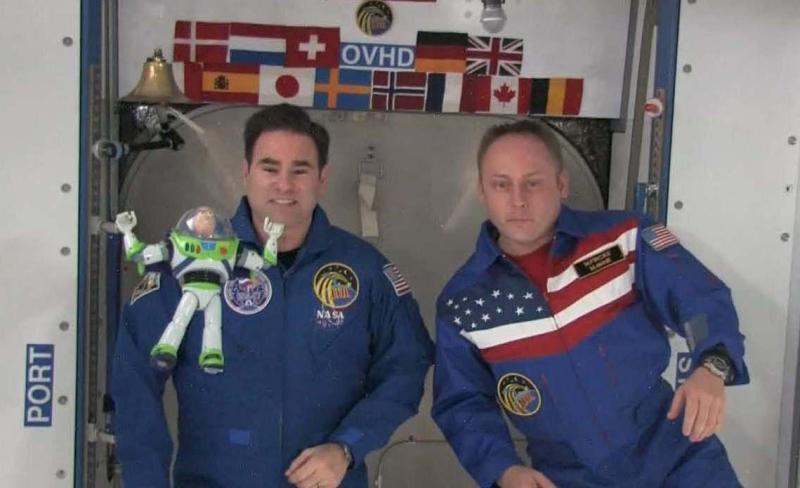 Disney and NASA teamed up to develop some hands-on activities, demonstrations, and exhibits that focused on Buzz Lightyear’s time aboard the STS-1234 and his year living on the International Space Station. 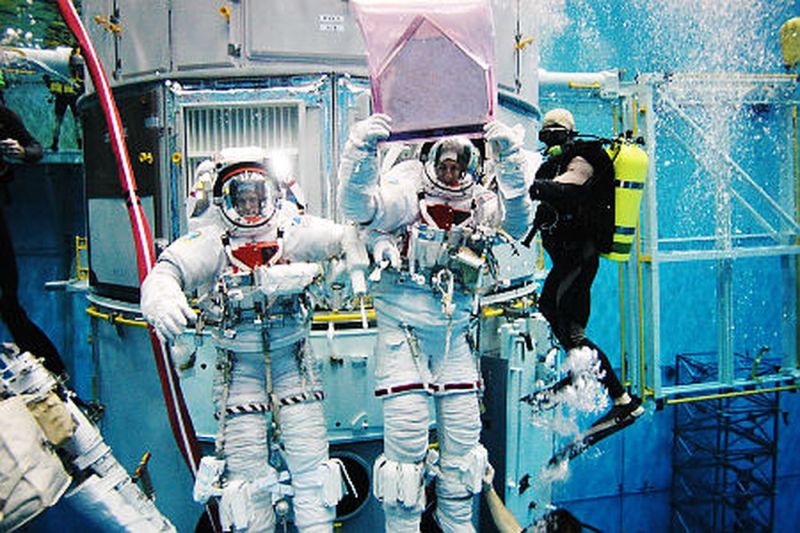 Astronaut Garrett Reisman was a passionate Yankee fan, so he brought a small vial of dirt from the pitcher’s mound at Yankee Stadium on the space shuttle Endeavour’s STS-123 mission in 2008. He also brought a banner and hat autographed by George Steinbrenner, who was the principal owner of the team for 37 years. But not to be outdone, Mets fan Mike Massimino brought the home plate from Shea Stadium with him on a different Endeavour mission. 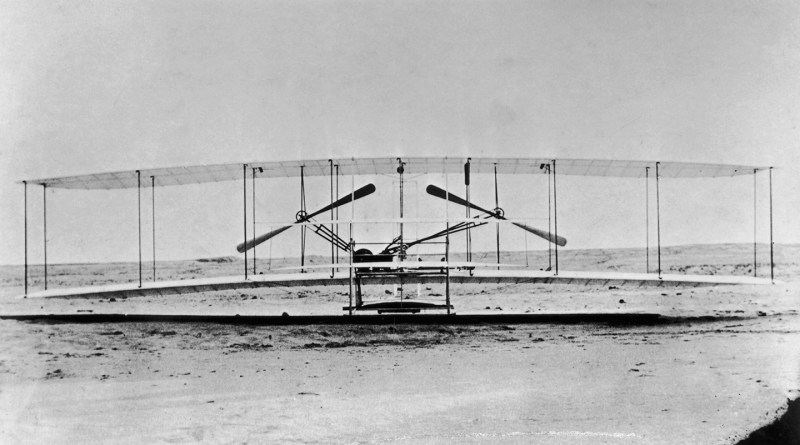 Part of the airplane the Wright Brothers first flew was brought to space on Apollo 11. (Hulton Archive/Getty Images)
Getty Images

Fabric and wood from the airplane the Wright Brothers flew in 1903, when the aircraft came a few feet off the ground, traveled to space on the Apollo 11 mission and were in the lunar module Eagle that landed on the moon. There is now a plaque in the National Air and Space Museum in Washington, D.C. that commemorates the two great achievements: the first powered, controlled flight and the first human lunar landing. 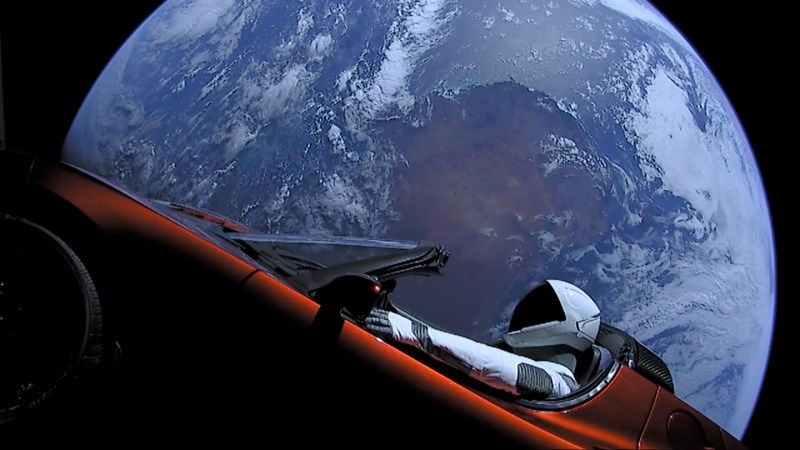 In this handout photo provided by SpaceX, a Tesla roadster launched from the Falcon Heavy rocket with a dummy driver named “Starman” heads towards Mars. (SpaceX via Getty Images)
Getty Images

When Elon Musk and SpaceX launched the Falcon Heavy rocket for the first time, they sent a cherry red Tesla Roadster sports car, complete with cameras to capture the views, into orbit. There is a spacesuit in the front seat, a nearly indestructible disk carrying a digital copy of Isaac Asimov’s science fiction book series, Foundation, and a plaque engraved with nearly 6,000 SpaceX employee names. John Young (left) and Gus Grissom flew on the first crewed Gemini flight, Gemini 3, on March 23, 1965. Here, they’re shown in the spacecraft simulator at the McDonnell plant in St. Louis. One additional “passenger” on the real flight was a corned-beef sandwich that Young smuggled aboard in his pocket. (NASA)

John Young is famous for his Apollo 16 moonwalks and role as commander of the first space shuttle mission. But at NASA, he is known because he caused a major space shuttle scandal when he smuggled a corned beef sandwich into space. Young put the sandwich in his pocket right before launching on Gemini 3 in 1965, which was the first U.S. mission to carry two astronauts. The sandwich was documented in a brief conversation between young and his crewmate, Gus Grissom. The incident raised concerns about “crumbs in space,” and one member of Congress called it the “$30 million sandwich” because it sparked a review by the U.S. House of Representatives’ Committee on Appropriations.

Pizza Hut really wanted to be the first company to deliver pizza in space, so they paid over a million dollars to get pizza to Russian Yuri Usachov in 2001. The pizza was sent to the International Space Station (ISS) onboard a resupply rocket. According to ABC, “the pizza was seasoned with extra spices, especially salt since it’s known that taste buds become a little dulled in space. And although pepperoni is the chain’s most popular topping, the company settled for salami since pepperoni did not preserve well during the required 60-day test: it grew mold.” The Americans were not allowed to eat it because NASA has a policy against advertisements on their spacecraft. 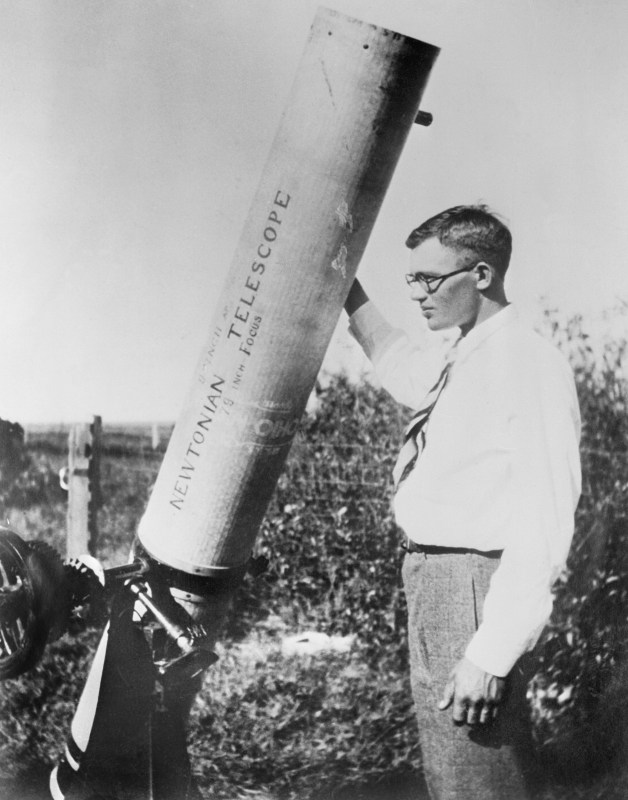 Clyde Tombaugh, the discoverer of the planet Pluto, requested that his ashes be sent to space. (Getty Images)
Bettmann Archive

Clyde Tombaugh, the man who discovered Pluto, was the first human to have his remains sent outside the solar system. His ashes were placed aboard the NASA spacecraft New Horizons. One of his final requests was for his ashes to be sent into space, so a small container carrying his remains was affixed to the inside of the upper deck of the probe. The container was inscribed, “Interred herein are remains of American Clyde W. Tombaugh, discoverer of Pluto and the solar system’s ‘third zone’ Adelle and Muron’s boy, Patricia’s husband, Annette and Alden’s father, astronomer, teacher, punster, and friend: Clyde W. Tombaugh (1906-1997).” Tombaugh discovered Pluto on February 9, 1930.