What Should We Expect From a New Bob Dylan Album in 2020?

Is a grasp at modernity from the legendary songwriter something we even want?

The world was a very different place when Bob Dylan released his last album of original material, Tempest, in 2012. Barack Obama had been re-elected, Donald Trump was still the host of Celebrity Apprentice, and we could do things like go outside, eat in restaurants and shake hands without worrying about contracting a deadly virus. It was eight years ago, but in many ways it was another lifetime.

When Trump eventually did get elected, people who had a hunch the next four years would be bad found themselves desperate for any kind of silver lining and started saying things like “At least we’ll get a lot of great protest music.” But despite being so linked to the revolutionary 1960s, the guy who wrote “Blowin’ in the Wind” and “Masters of War” and “The Times They Are A-Changin’” has, prior to the forthcoming Rough and Rowdy Ways (out Friday), limited his Trump-era output to standards albums, looking backwards into the Great American Songbook instead of making any effort to grapple with the “Make America Great Again” crowd in song.

Even Rough and Rowdy Ways‘s first single “Murder Most Foul” — despite having a title that could certainly also apply to the recent killing of George Floyd — is rooted in the past. It’s a meandering 17-minute track about the Kennedy assassination that name-drops other icons of Americana, released with no warning in late March as if Dylan knew we’d need something to pore over to get us through the pandemic’s early days. It’s also, on paper at least, easy to laugh at. (As John Mulaney told Seth Meyers during a recent appearance on his show, “You said it was like someone reading a Wikipedia page about John F. Kennedy and then adding ‘hey, boys.’”)

Though he just as easily could have written it 50 years ago, Dylan doesn’t see the song as some sort of epic eulogy to a bygone era. “To me it’s not nostalgic,” he said in a recent New York Times interview. “I don’t think of ‘Murder Most Foul’ as a glorification of the past or some kind of send-off to a lost age. It speaks to me in the moment. It always did, especially when I was writing the lyrics out.”

It a lot of ways, it’s natural. Bob Dylan is old. At 79, he’s reached the stage in his career (and his life in general) where looking to the past and confronting his own mortality make total sense. (“I sleep with life and death in the same bed,” he sings on Rough and Rowdy Ways‘s Whitman-esque “I Contain Multitudes.”) Does it matter if he’s out of step with the times? Is a Dylan record that grasps at modernity something we’d even want? Many of his contemporaries are long gone — whether they burnt out or faded away — and the ones who remain tend to rest on their laurels. At this point, we should just be delighted that he’s still making music at all and that it’s still listenable.

It’s easy to project our feelings about Boomers and their failures onto Bob Dylan (“You that never done nothin’/But build to destroy/You play with my world/Like it’s your little toy” feels especially relevant today as younger generations scramble to find solutions to the climate change crisis they inherited). When Dylan played the Desert Trip festival in 2016 (dubbed “Oldchella” by those of us who now find ourselves getting mercilessly made fun of on TikTok by Gen Z), it was hard to see a crowd full of people with gray ponytails who paid $3,000 to sit in the VIP section gleefully pumping their fists without appearing to feel even a bit salty about their generation’s role in our current state of affairs. (They cheered when Neil Young changed “Look at Mother Nature on the run in the 1970s” to “Look at Mother Nature on the run in the 21st Century” during his performance of “After the Gold Rush” instead of taking a moment to think, “Damn, what have we been doing all this time??”) We can’t blame artists like Young and Dylan for the deaf ears their messages fell on, though. An 80-year-old white guy is not going to be the voice of this generation — and it’s unfair to expect him to be.

“Murder Most Foul” is actually great, and its reference points feel comforting the same way watching Mad Men reruns during the pandemic does. There’s something about revisiting the chaos of the ’60s in our present moment that serves as a nice reminder of history’s ebb and flow; we’ve dealt with horrific tragedy before, and we’ll no doubt do it again in the future, but in between the pendulum will swing the other way at some point. Yes, the track is about JFK on its surface, but ultimately, with over 70 other songs referenced in its 17 minutes, it’s about finding solace in music during times of national trauma — something that feels as relevant as ever these days. In many ways, 2020 is the perfect time for a new Bob Dylan album. Whether it’s a late-era masterpiece (which early reviews say it is) is irrelevant. Bob Dylan’s just as iconic as all the other pop cultural heroes whose names he rattles off; his voice is part of the very fabric of American life — and in these tumultuous times, for him to reemerge and show any sign of life feels like a miracle. We don’t need new Bob Dylan material to speak to these times specifically because the old stuff still sadly does.

In addition to Bob Dylan the genius musician, there’s also Bob Dylan the delightful weirdo. Whether he’s participating in the at-times-surreal Scorsese pseudo-documentary about his Rolling Thunder Revue and declaring that he didn’t “remember a thing” about it or doing that weird Victoria’s Secret commercial, part of the fun of being a Dylan fan is never knowing what his next move will be. What we expect from Bob Dylan is Bob Dylan having zero interest in our expectations and just doing whatever it is he wants to, and that’s part of his appeal. He’s not particularly concerned with what it means to be a late-period icon. There’s no point in hand-wringing over whether or not he’ll be able to properly meet this current moment because he’s timeless. 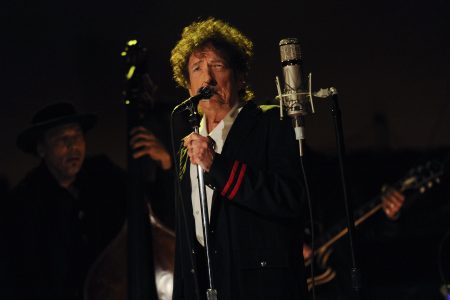 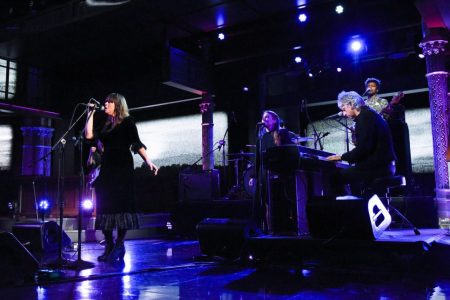 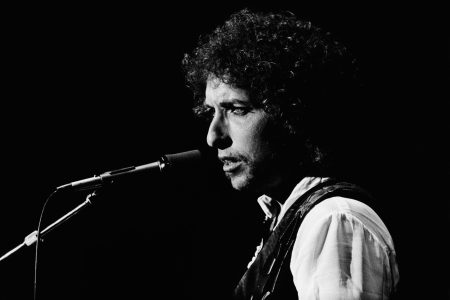