Neither Dazed nor Confused: Inside the Mind of Jimmy Page at 75

In 1968, Jimmy Page started putting together a band that has influenced rock music for decades despite only playing together for a bit more than 10 years.

Formed with help from their eventual manager and honorary fifth member Peter Grant, Led Zeppelin were, and still are in many ways, the top of the rock ‘n’ roll food chain.

And, though all four members and Grant deserve credit for that position, it is probably Page who deserves the most credit Zeppelin’s place in the all-time rock pantheon.

After all, it was Page – who played on the Kinks‘ “You Really Got Me,” Van Morrison and Them’s “Here Comes the Night” and “Gloria,” the Who’s “I Can’t Explain” while he was working as a session guitarist – who dated 14-year-old Lori Maddox, Page who was mesmerized by the occult, and Page who made “Stairway to Heaven” even more epic by using a double-neck Gibson – 12 strings on top, six on the bottom – to play it.

It’s also Page who happens to be celebrating his 75th birthday today. 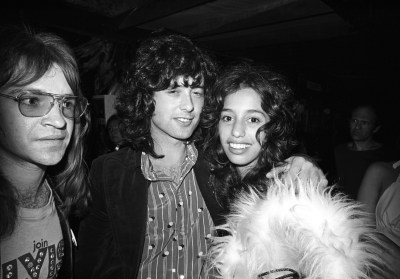 To mark the occasion, we’ve found 13 great quotes Page has given over the years about Led Zeppelin, his obsession with Aleister Crowley, and the most infamous story of all involving his band. (Hint: it involves a mud shark.)

On Zeppelin’s first rehearsal as a foursome: “Well, the first rehearsal that we did was here in London, in a rehearsal room where we had maybe an hour or two hours, and we just got together, and we counted, ‘1, 2, 3, 4 …’ and were all playing, and we just kept extending the song and jamming on it. And by the end of it, I absolutely guarantee it was a life-changing experience for everyone from that point. Everyone knew that they’d never played with musical equals.”

On his interest in the occult: “The unknown. I’m attracted by the unknown, but I take precautions. I don’t go walking into things blind … I don’t really want to go on about my personal beliefs or my involvement in magic. I’m not trying to do a Harrison or a Townshend. I’m not interested in turning anybody on to anybody that I’m turned on to … if people want to find things, they find them themselves. I’m a firm believer in that.” 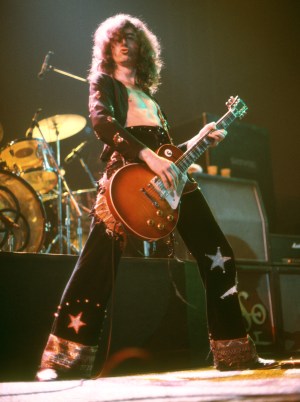 On most of life being a gamble: “So many people are frightened to take a chance in life and there’s so many chances you have to take. You can’t just find yourself doing something and not happy doing it. If you’re working at the factory and you’re cursing every day that you get up, at all costs get out of it. You’ll just make yourself ill. That’s why I say I’m very fortunate because I love what I’m doing. Seeing people’s faces, really getting off on them, makes me incredibly happy. Genuinely.”

On why the band didn’t continue after John Bonham’s death: “Led Zeppelin wasn’t a corporate entity. Led Zeppelin was an affair of the heart. Each of the members was important to the sum total of what we were. I like to think that if it had been me that wasn’t there, the others would have made the same decision. And what were we going to do? Create a role for somebody, say, ‘You have to do this, this way?’ That wouldn’t be honest. ”

On if there was a touch of “magic” in Led Zeppelin’s music: “That is open to ridicule or to be misinterpreted. I know what it means to me. There is no doubt that the music was evocative. That isn’t just with me and Led Zeppelin. That can be true with classical music. Whatever interest I had, still have, in anything I do — it seems as though people will be hanging on it, trying to make something out of it that it wasn’t. I don’t feel, at this point, I need to spell it out. The reason why Led Zeppelin still has an audience — and a new audience coming to it — is not the written word. It’s music. It’s not, ‘Did they wreck a hotel room here or throw a television out the window there?’ It’s the music that keeps the band buoyant, rather than the myth. When the myth fades, the music will still be there.”

On missing the good old days: “I miss how life was for everybody in the ’60s and ’70s. Music had just exploded. The Beatles had revitalized everything, and the record companies were taken by surprise. There was positive freedom in society in general. That was a really good period for everybody. I don’t hanker after it, but I see it for what it was. I was improving as a guitarist.” 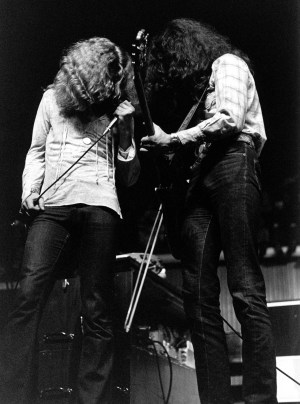 On owning and living in Crowley’s old house: “There were two or three owners before Crowley moved into it. It was also a church that was burned to the ground with the congregation in it. And that’s the site of the house. Strange things have happened in that house that had nothing to do with Crowley. The bad vibes were already there. A man was beheaded there and sometimes you can hear his head rolling down. I haven’t actually heard it, but a friend of mine, who is extremely straight and doesn’t know anything about anything like that at all, heard it. He thought it was the cats bungling about. I wasn’t there at the time, but he told the help, ‘Why don’t you let the cats out at night? They make a terrible racket, rolling about in the halls.” And they said, “The cats are locked in a room every night.’ Then they told him the story of the house. So that sort of thing was there before Crowley got there. Of course, after Crowley there have been suicides, people carted off to mental hospitals …”

On the culture of rock ‘n’ roll: “Everybody has dark and light in them, and evil is just a relative idea. Many ideas regarding sex and drugs that were considered taboo in the ’50s are accepted now. Who’s to say what’s right and what’s wrong? In another 50 years, it’ll all be topsy-turvy anyway. It’s just the way people view a collective consciousness at any given time.”

On what would have happened to the band had Bonham not died: “John and I liked to discuss what we would like to do on the next album, and if you listen to Led Zeppelin all the way through you can hear all the things I like to do – riffs that would be quite tricky, interesting, provocative. And he loved playing this sort of stuff. So we definitely would have done some guitar-driven riff things because he loved all of that and because we’d just done a keyboard album.”

On the mud shark story: “Would anyone still be interested in the mud shark if the music hadn’t been there? Everything else was a side show. It’s part of the story. But there would be no story without the work we put into the songs, the shows we played. Without that, nobody would care about the other stuff.” 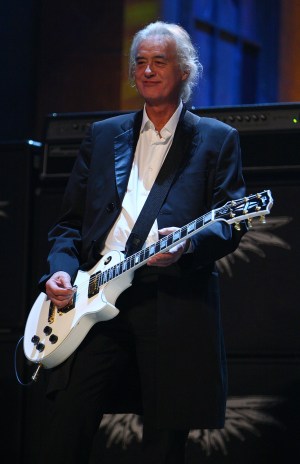 On the power of music: “If I ever really felt depressed, I would just start putting on all my old records that I played as a kid, because the whole thing that really lifted me then still lifted me during those other times. It was good medicine for me, and it still does that for me when I put something on. Isn’t it wonderful that we’ve got all that good medicine? I think it’s got to be all part of our DNA, this mass communication through music. That’s what it is. It’s got to be, hasn’t it? Music is the one thing that has been consistently there for me. It hasn’t let me down.”

On why he’d only write an autobiography if it was published after his death: “Well, that’s the way to do it, isn’t it? Because everyone is going to die, so you gotta make sure that you don’t. When I’m good and ready, I will talk about what I want to talk about.”