Learn How to Play Bass From The Beatles’ Paul McCartney 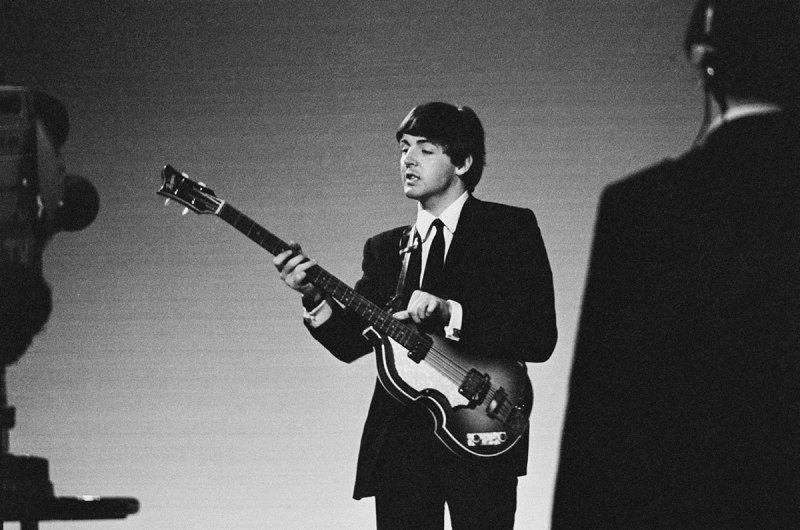 There’s a small coterie of über-men in the rock world, who give the lead guitarists a run for their money. These would be the all-important bass players, mostly standing in the shadows, locking in with the steady (or frantic) beat of the drums, and noodling their way to greatness.

Of course, there is a bassist who’s moved well beyond shadows, in the sense he’s been one of the most famous men on Earth for over 50 years. Sir Paul McCartney all but revolutionized the use of the instrument in a band format, with at times understated and at other times completely off-the-rails bass lines. (See “Day Tripper” for an example of the latter; McCartney recently complained about how hard it is to play live in Rolling Stone. He wasn’t so bad on the guitar or drums either.)

But how does one become a bass-master? Surely, it has to be difficult. Not so, says the source. According to McCartney, all you need is a pair of headphones, a click-track (an electronic ping that keeps you following the beat), a Höfner bass (though any kind is acceptable), an instrument cable (what you plug into the bass to “electrify” it), and amplification (we suggest this Fender amp).

“The bass on [“Ever Present Past”] is really simple,” says the musician of his own composition. (That’s a song from McCartney’s 2007 album, Memory Almost Full, and was the album’s first single.)

If you have a bass and all the required accoutrement, take this lesson from Paul McCartney himself below on how to play the bass line for “Ever Present Past.” But first, familiarize yourself with the track below. See? Now you’re one step closer to day-tripping, paperback-writing, or hand-holding. Easy, right? —Will Levith, RealClearLife