When Harry Nilsson and producer Mark Hudson walked into a meeting with Warner Bros. in the early ’90s, the legendary singer-songwriter was more than a decade removed from his last record. The demos were, by Hudson’s admission, “a little loose, if I could say it and still be polite.” Of course, to tighten them up, the man behind hits like “Without You,” “Everybody’s Talkin’” and “Jump Into the Fire” would need a band, studio time and a recording contract.

“When we played three songs, just my gut was going, ‘they know it’s Harry Nilsson, they hear his beautiful voice, but they’re not getting it,’ because they had their heads tilted like the RCA dog,” Hudson tells InsideHook. “And I knew like, ‘Oh God.’ And Harry goes, ‘Well, what do you think?’ And one of them said, ‘Oh, I’m not sure, Harry.’ And then I looked at Harry and I thought, ‘Please God, don’t let him do it.’ And then Harry went off. ‘Really? You don’t like this? Because of the way music is now?’ And he just did like a short paragraph with a few F-words in it and said, ‘We don’t want to be here anyway.’ And he got up and walked out.”

“And thank God I was wearing brown pants because I thought that I was dead in the water,” he adds with a laugh. “And I said, ‘I’m really sorry, but I think Harry’s right, and I think one day you’ll look back on this and you might go, ‘God, we really should have,’ because we came here first.”

Hudson (who has also worked with Aerosmith and Ringo Starr) was concerned that the rejection would push Nilsson deeper into retirement, but instead, he says, “that put a fire under Harry’s ass.”

“All of a sudden Harry went, ‘Really? All right, I’ll show those son-of-a bitches,’” he says. “And then he went on a writing spree, a singing spree; it became this other thing. Like he started fighting for his own integrity and his own depth.”

So the two kept working on the record with the limited resources they had — no strings, no horns, fake drums, Nilsson on a Casio keyboard. They’d talk every day to go over ideas, with Hudson dutifully taking notes. But then, on Jan. 15, 1994, the singer’s heart finally gave out. Nilsson died in his California home at the age of 52.

For nearly a quarter century after that, Hudson waited for a call from someone — anyone — interested in finishing the record. Eventually he heard from Brad Rosenberger at Omnivore Recordings and Lee Blackman, the attorney who manages the Nilsson estate.

“I was like Superman in a phone booth,” he says. “All of a sudden it was like, ‘Mark, do you want to finish this record?’ And I swear to God, it was like Christmas when I got that news because I couldn’t wait. And it was sort of like an albatross on me because I had talked so much with Harry about this record, and I made notes, and we’d sit in his car with him chainsmoking playing hundreds of cassettes, and now finally, it was my chance to make this record come to life — and in Harry’s memory, because he was also a dear friend of mine, not just someone I was working with. I really was compelled to do it because I wanted his last piece of work to be great.”

The result is Losst and Founnd (named by Nilsson after the failed meeting with Warner Bros. because, as Hudson recalls him saying, “they thought I was lost, but I was found”), out today, featuring Nilsson’s friends and collaborators — Van Dyke Parks, Jimmy Webb, Jim Keltner — as well as Nilsson’s son, Kiefo, on bass.

“I met Jim a couple of years prior at wedding, and we had talked about music,” the younger Nilsson, who was eight when his father passed away, explains. “We talked about, I’m a bass player and he’s a drummer and he was like, ‘Oh, we gotta get you some gigs, man. We gotta play together,’ and I was like ‘Oh, that’d be great ’cause you’re like the best drummer ever.’ And so apparently he put my name out there and he said, ‘You know, if we’re gonna do this, we really gotta get Kiefo in  ’cause he’s a bass player.’”

Hudson admits he was unsure about whether bringing in Kiefo was the right move (“I remember Kiefo being in a diaper,” he says with a laugh), but his fears disappeared immediately when he heard him play.

“I said, ‘Can he play?’ And Jim Keltner went, ‘Yeah, I think he can, but we’ll find out,’” he says. “So Kiefo comes down and looking way too much like his dad, has his bass. And as soon as he started playing, I looked at Jim Keltner like, ‘We got a good one.’ Because he’s a musician, he’s a writer, he reads music. Like all of the things I was worried about, he could do. He fell right into place. So there was our bass player…I was working with his father when he was a tiny little boy, and now he’s the bass player on his father’s last album. I thought, ‘That’s got to be coming from somewhere else.’ I mean, I was talking to Harry through the entire making of this record. So wherever he is in the sky… It was the fact to see his son not just look exactly like him, but play bass as great as he did. I thought, ‘Well, there’s a good goodbye from a son to a father.’ And then the rest was just a matter of putting everything together.”

That, of course, could potentially make working on the record an emotional endeavor for Kiefo, but he says it didn’t really hit him until the project was finished.

“It was more surreal to listen back to it after it was all done,” he says. “I think in the moment, I tried to treat myself I think like, ‘Okay, I’m here to do a job, go be a bass player and don’t think about it too much in that respect,’ but when it was all done, we got the finished copy in and we gave it a listen. And even then, it’s sort of like you give a listen and think about it and then you sit on that for a while, then you give it another listen, and it’s just like it all kind of builds up but then, yeah, after a while, you do…” He trails off. “It was a really cool thing to be able to do for sure.”

To flesh out Nilsson’s unfinished demos, Hudson returned to the notes he had scribbled decades ago while sitting with him in the maroon-brown Mercedes the singer had dubbed “the Beast.”

“We would sit there and we would play a song, like for instance the song ‘Woman Oh Woman,’ which I think is the second song on the record,” Hudson says. ‘He goes, ‘Okay Marky, we gotta call Van Dyke because Van Dyke has to play accordion on this.’ And some of the things I would look at him and not really understand why or what he was doing, but I wrote it down. ‘Van Dyke on accordion on “Woman Oh Woman.”‘ And then he goes, ‘And then we’ve got to invent this other part that’s going to kind of be like Pet Sounds, Brian Wilson, where it’s like a musical refrain.’ And, and I went, ‘That would be great.’ And that became that note.”

“On the song ‘Dodger Blue,’ the original demo, he hated the guitar,” he continues. “And he goes, ‘You got to get rid of that guitar. It sounds like Motley Crue.’ And there went another note.” Nilsson even had an album cover picked out, a square photo of himself smoking in a robe (not unlike what he’s doing on the iconic cover of 1971’s Nilsson Schmilsson). But, much to his chagrin, Hudson has been unable to track it down — but he knows he has it somewhere.

“Every day before I go to work, I open something and go, ‘It’s in here.’ And nope,” he says with a sigh. “So I’m going to find that picture if it kills me. And if I give it to the label, I’ll say, ‘Make a poster of this. You don’t have to change the album cover, but just say this would have been it.’”

The missing cover shot is the only one of Nilsson’s directives that Hudson and company were unable to carry out, however, and ultimately, Kiefo thinks his father would be pleased with the final product.

“The songs are really good, and they’re clever, and they definitely represent where my dad was, what he was thinking about, what he was doing musically, at the time,” he says. “And I think that the additions are all appropriate. I think that they add excitement and energy to the material, and they make the material seem more complete. It varied track to track how much needed to be done. But just overall, I think that we did what we set out to do. And I’m happy with it.”

Hudson knows that Nilsson fans will be pleased with Losst and Founnd, and he hopes that it will introduce a younger generation to his music.

“I wanted the world to see a sense of humor, a sense of dignity and a sense of truth,” he adds. “And you know Shakespeare said, ‘To thine own self be true.’ If that goes in the dictionary, they should put a picture of Harry Nilsson next to it. And this record is his truth.” 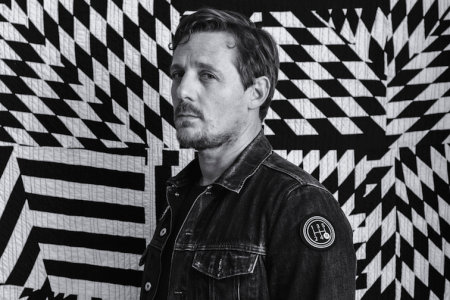