In 1976, the rocker went on a racist rant at a concert. He apologized, but is that enough? 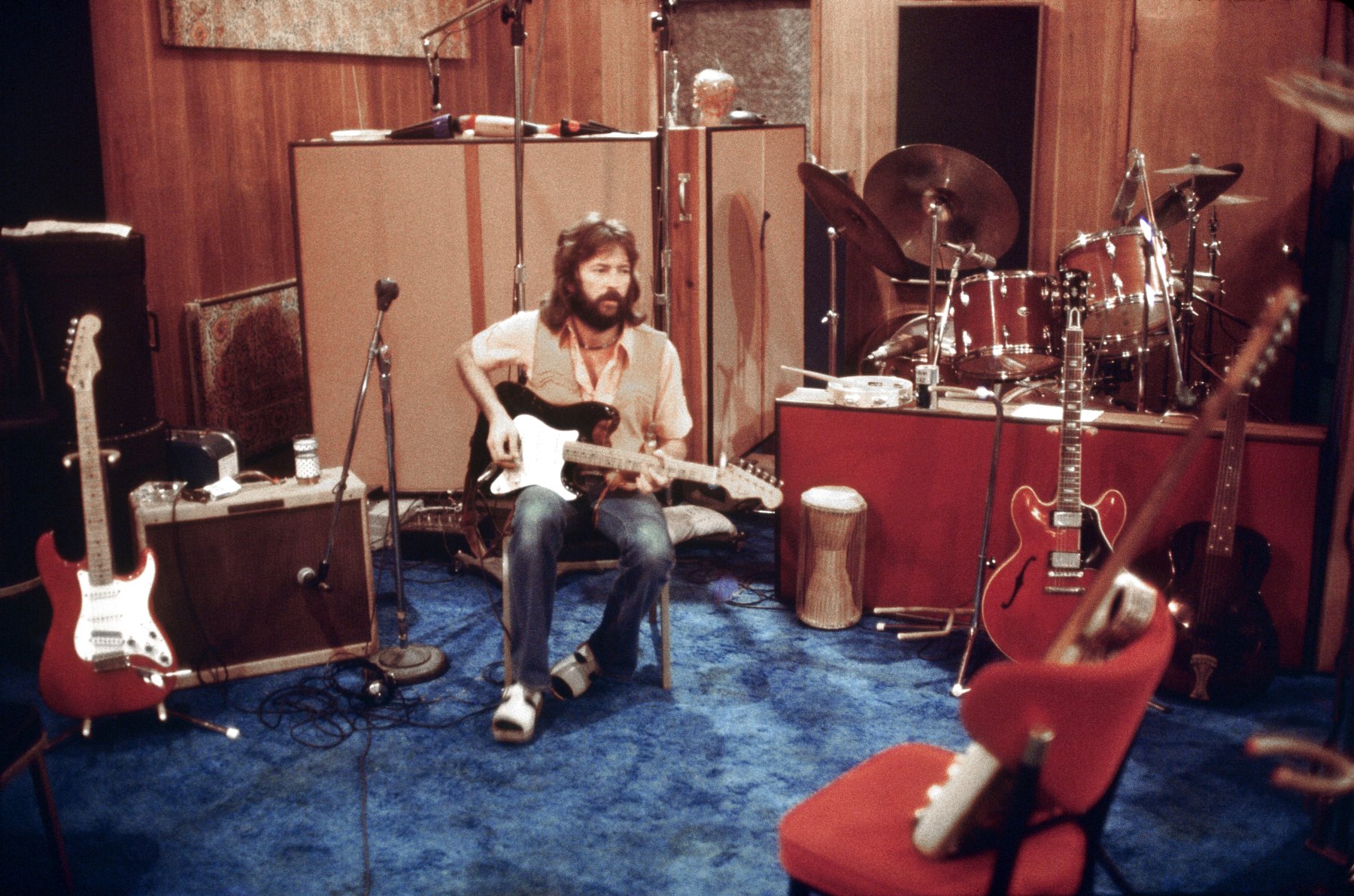 Eric Clapton is a racist hack.

Recently, the fiery defenestration of Roseanne Barr’s renascent television career (due to racist comments she tweeted with her oversize hammer-thumbs) displayed that occasionally there are consequences for public figures that make deeply offensive, bigoted statements.

That’s good. I like consequences. America is framed and weighted by the great wound of slavery, the horrendous failure of reconstruction, the rise of Jim Crow, and the pervasive inequality of education, justice, and opportunity for people of color. It is our Original Sin; we are born under its shadow.

Each and every one of us must make a choice: do you bolster and broadcast the echoes and myths of this sin, or do you actively challenge them? These are fascinating and dangerous times, and the sidelines have dissolved: You are on the playing field, whether you like it or not. Which side are you on?

In that spirit, let me say that we should never, ever forgive Eric Clapton.

This is not just because he is the purveyor of soggy and squelchy riffs that sound like they belong at the bottom of a wet bathing suit, and nor is it because he is to the blues what a chalk outline is to a corpse. More significantly, once upon a time in an extremely public setting (an arena full of fans in Birmingham, England), Eric Clapton proudly made these comments:

“Do we have any foreigners in the audience tonight? If so, please put up your hands … So where are you? Well wherever you all are, I think you should all just leave. Not just leave the hall, leave our country … I don’t want you here, in the room or in my country. Listen to me, man! I think we should send them all back. Stop Britain from becoming a black colony. Get the foreigners out. Get the wogs out. Get the coons out. Keep Britain white … The black wogs and coons and Arabs and f*cking Jamaicans don’t belong here, we don’t want them here. This is England, this is a white country, we don’t want any black wogs and coons living here. We need to make clear to them they are not welcome. England is for white people, man … This is Great Britain, a white country, what is happening to us, for f*ck’s sake? … Throw the wogs out! Keep Britain white!”

That is a transcription of a statement Clapton made from the stage on August 5, 1976. I have omitted only certain parts referring to Enoch Powell, a far-right political candidate Clapton urges the audience to support. Please also note that “wog,” which has no equivalent word in American English, is an extremely derogatory word some English people apply to any non-white or foreign-born person they wish to demean or insult.

Recently, Clapton played some town fair near where I live. The local papers gave ol’ Ku-Klux Klapton the usual smiley face review applauding his Starbucks-Friendly music, made to be listened to on days when Hall & Oates seems too punk rock for you. Listen, I have nothing against Eric Clapton, I mean, apart from his filthy disgusting ignorant racism, his Cod-colored playing that alludes to emotions instead of actually utilizing or engaging them, and the fact that I can easily name half a dozen British guitarists, from Peter Green to Wilko Johnson, who play American roots-derived music like they had a hot poker up their ass and not a packet of Equal on their tongues.

Many years ago, I spent some time in a lesser Southern capital. Perfectly pleasant place, but when someone asked me to describe it I said, “Well, it’s the kind of place where the really fancy restaurants serve two kinds of dipping sauce with the mozzarella sticks.” And that’s exactly what Eric Clapton is: He’s that restaurant – “Puddruckers Lobster Trough,” or “Ye Olde Barre & Grille” or “Colonel Amberson’s Magnificent Flying Machine and Ribbery” or whatnot – that thinks it’s fancy ‘cos it serves two kinds of sauce with the mozzarella sticks.

But back to that long torrent of almost unbelievably vile racism Clapton spouted on stage that night in Birmingham, England. Did Ol’ SlowHand Me a Burning Cross apologize? Eventually, but not right away. In fact, in the days after the inflammatory remarks, Clapton spoke to the radio and the press and actually doubled down on them.

And what is a freaking apology, anyway? Does the act of apology erase the statement from history? Does an apology worm its way into the evil-speakers’ mind and scrub clean the very real feelings and beliefs that caused this person, in an extremely public setting, to tell their audience that he wanted everyone who wasn’t white expelled from his country? When someone makes a gigantic offensive statement in a very public setting – be it an arena full of people, or on the universal Post-it note that is Twitter – they are clearly saying, “I mean this, I want people to hear this, I want people to know that this is what I think.”

Every time you hear the name Eric Clapton, every time you hear his Henley-Friendly utterly unsexy gluten-free macaroni-and-tofu-cheese music in your car or at Target, I want you to also hear these words: “Get the coons out. Keep Britain white.” Clapton said these words. He meant them. The fact that he said them 42 years ago does not dim the power of this obscenity, the fact that, in a different setting, these very same statements could easily fuel lynch mobs.

And you know what? Eff him for apologizing. I might have some tiny shred of respect, a shred the size of an eighth of a dust mote, for this EriKKK the Clap Clown if he said, “This is me, this is who I am. Deal with it.” See, in this sense, Clapton is much worse than Ted Nugent, because at least Ted Nugent has the courage of his own convictions; if you confronted Ted with any of his hate speech, he would grin that opportunist draft dodger grin of his and proudly stand by his words. Clapton, on the other hand, cowers away like the gutless mole he is.

Listen, friends: Words matter. Words are the first fuel for pogroms, lynch mobs, discrimination in employment, housing, and education; it all begins with words. Bigots do not spontaneously combust, and weapons do not arise spontaneously in the hands of bigots. No one, not one human soul, is born a bigot; words bring them to that place. And no bigot raises a rock, a rifle, a noose, a torch or a fist without words inspiring them to do so. We must demand no first fuel for bigots, no words to convert or support them; and we must have absolutely zero tolerance for words of hate, especially when they come from the mouths of the influential, the respected, the famous.

Every single time you think of Eric Clapton, hear his music, see his picture, or read a review of him, I want you to hear these words in your head: “Get the coons out. Keep Britain white.”