We spoke with the "Insecure" actress about "Definition Please," her first feature film as a director, now streaming on Netflix

You might know Sujata Day for playing Sarah on Issa Rae’s HBO series Insecure, but since then, the actor has taken on a bigger challenge — directing, starring in and self-producing her first feature film.

Definition Please was shot in her parent’s house in Greensburg, PA, and features Day as Monica Chowdry, a spelling bee champion-turned-stoner who makes paintings of flowers on her mom’s patio. Oh, and she also gets caught having sex in a car by her brother, who comes at the guy with a baseball bat.

The film is funny, dramatic and pensive. It explores mental health and the grief that shrouds the family after the death of her father. And it debunks the typical South-Asian narratives we see onscreen: instead of presenting us with characters who are stereotypically on Type-A career paths, working tirelessly to become doctors and lawyers, here, Day’s character is trying to figure out what makes her happy.

Since it debuted at the Bentonville Film Festival in 2020, the film was acquired by Ava DuVernay’s distribution company Array Now, and it’s currently streaming on Netflix. Mindy Kaling is an executive producer, and LeVar Burton makes a cameo. This film is the epitome of DIY — Day financed the shoot with her own savings and recruited her friends and family to help with the production. She recently spoke to InsideHook about how she made it happen.

InsideHook: How did Definition Please come about?

Sujata Day: I think it was years of being in Hollywood, auditioning for different roles and realizing the roles I was auditioning for were stereotypical or supporting characters, never for a lead. As I was doing Awkward Black Girl with Issa Rae, she was creating her own work. She was writing and shooting it and playing the lead character in this web series that touched so many Black women who were being ignored by Hollywood. I saw her do it, so I thought, she is writing her Black girl story, I’m going to write my brown girl story.

Did you have any experience directing?

I shot and self-produced a short film called Cowboy and Indian. I wore a lot of hats and had a great team. I sold it twice to two different studios to be made into a series. So it was as successful as a short film could be. People asked what I would do next, and I said, “A feature film.” I thought, I’m going to direct a feature film and we’ll see what happens.

You parents were cool with opening up their house to a film shoot?

Yeah. They were so excited and open to the idea of shooting at our house because they were excited to have a bunch of young people hanging out there for a few weeks. My dad was shooting behind-the-scenes photos, my mom plays a small role in the film. It’s all about having the support of your friends, family and community. Not a lot of people shoot in Greensburg, PA. They were so excited to have us there. That was special.

Why is the role of the female stoner so overlooked? Your piece Soda Shop taps into this type of character too. It’s always male stoners we see onscreen.

I really was inspired by the movie Harold & Kumar Go to White Castle, from 2004. It broke through so many minority stereotypes. I thought I wanted to create a female version of that in different ways. Soda Shop is my own version of that. I enjoyed digging into that stoner mentality. In a lot of films, like Seth Rogen comedy films, you always see male stoners, but I know female stoners, too! I grew up in a small town and there wasn’t a lot to do, so a lot of kids were smoking weed! It didn’t interfere with their test scores or getting into college.

Who are your comedy (s)heroes?

There’s so many. Tina Fey, Amy Poehler, Mindy Kaling, Issa Rae, Michaela Coel, Phoebe Waller-Bridge. There are so many funny women to look up to. I recently watched Barb and Star go to Vista Del Mar, the female cast are amazing. These women create their own work — they’re also writers, directors and producers. That pushes me to create my own work. 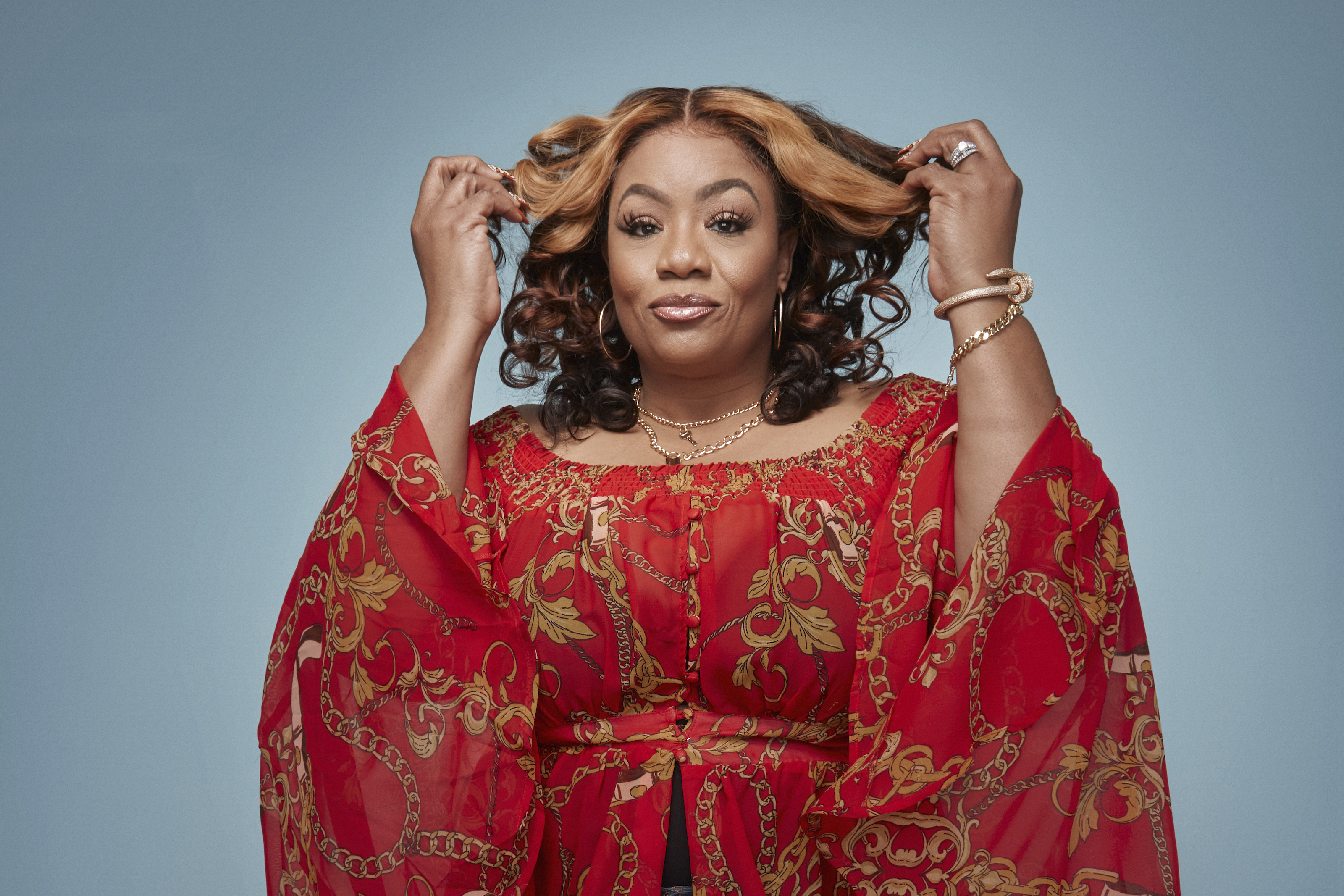 Ms. Pat Is the Hardest Working Woman in Comedy 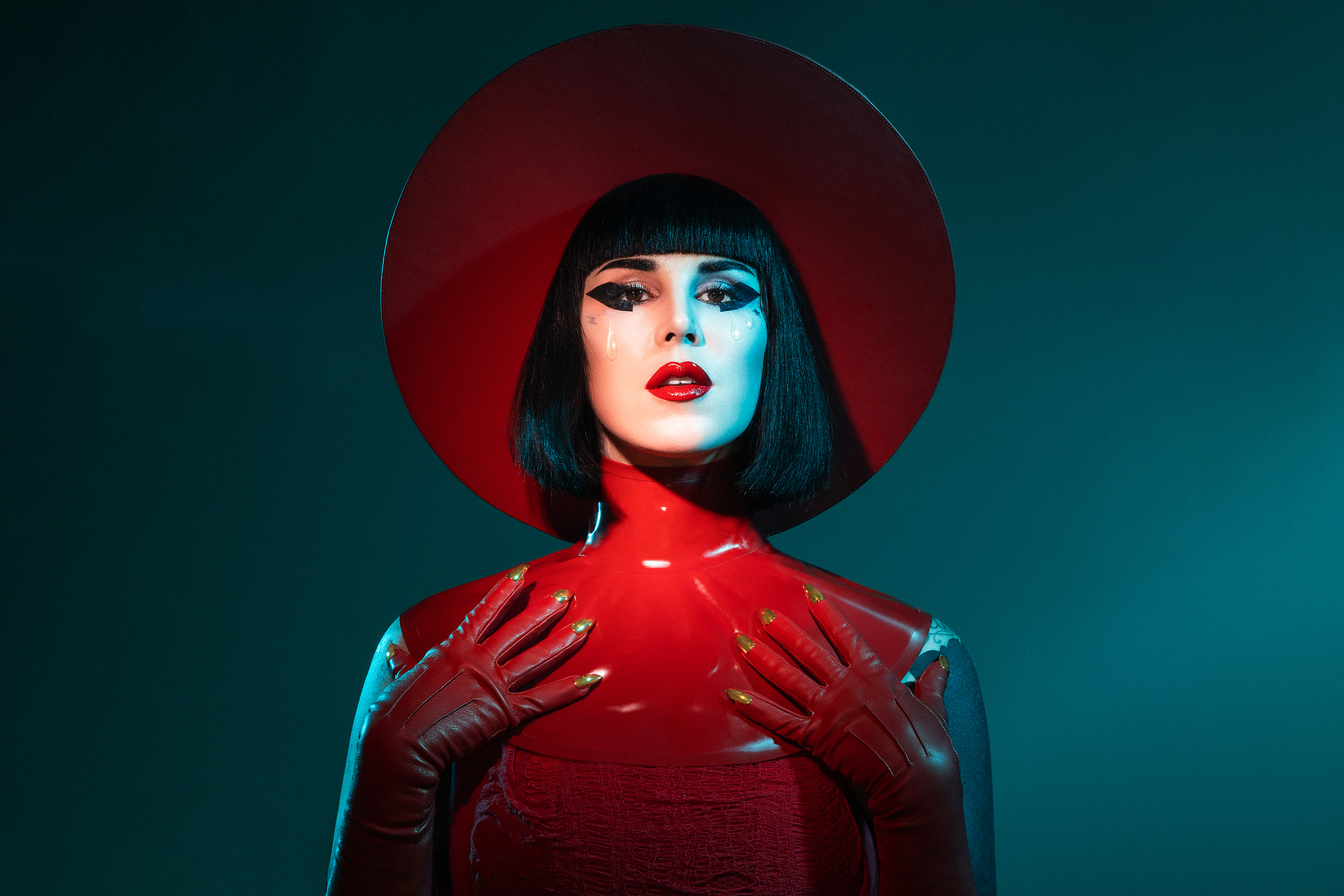 How did you get a film you shot in your parents’ suburban home in the hands of Ava DuVernay?

We’ve been acquaintances for a few years. We ran into each other at parties, but even though the parties ended during the pandemic, we were social media buddies. She saw our virtual film festival run, the awards we were winning, and we got our Los Angeles Asian Pacific Film Festival premiere in September 2021. We sent out emails and invited Ava, and after a month she reached out to acquire the film. We were so excited. It was a dream come true to be under Ava’s wing. She has inspired us all so much, in terms of inclusivity in Hollywood. That’s what we’re trying to do.

South Asian narratives are so overlooked in films today, so it was natural Mindy Kaling was an instant fan.

She came on board as executive producer; she was one of our first fans of our film. She was on a virtual Zoom fundraiser in 2020 and mentioned my film and watched the trailer. I got texts that she name-dropped me and I said, “What?” So I tweeted at her and said, “Thanks for the shoutout, we’re excited for you to watch it,” and our team got the film for her. We continued to talk, and I finally asked her to come on board as an EP. She said yes.

How is it changing South Asian narratives on screen?

I think there’s a lot of South Asian female filmmakers pushing the narrative, like India Sweets and Spices director Geeta Malik. There’s also Maureen Bharoocha, who put out Golden Arm and is focusing on comedy, and Iram Parveen Bilal, who directed I’ll Meet You There. They’re all telling their unique stories, to each of our experiences. I think this next generation of filmmakers is going to keep putting out work that is authentic to their voices. That’s what we need.

I know you’ve said in past interviews that at the core of your success as an actor is persistence and resilience. How do you do it?

In terms of sustaining a career in entertainment, you must get over all the rejection, pass on your projects, keep moving. Do it no matter what. I greenlit myself rather than wait for someone to greenlight me. I said I would take a chance on myself, keep it going. Even when we were sidelined by the pandemic, we made changes, adapted and did virtual film festivals. If there were obstacles, we figured out another way to make things work. It’s all about the journey. It’s not about money or getting your face on magazines. It’s about creating work and being happy with it.

What has the reaction been like since the film went up on Netflix?

A lot. We’ve gotten so many DMs and emails, and they have all been positive. It cements the fact that yes, you need to be creating your own work, you need to be putting your stories out there because it’s all from viewers saying “I went through the same thing with my family,” or “Hey, that’s the town I grew up in.” When you see yourself on-screen in a way you’ve never seen before, it really changes your idea of the world. You feel less alone. 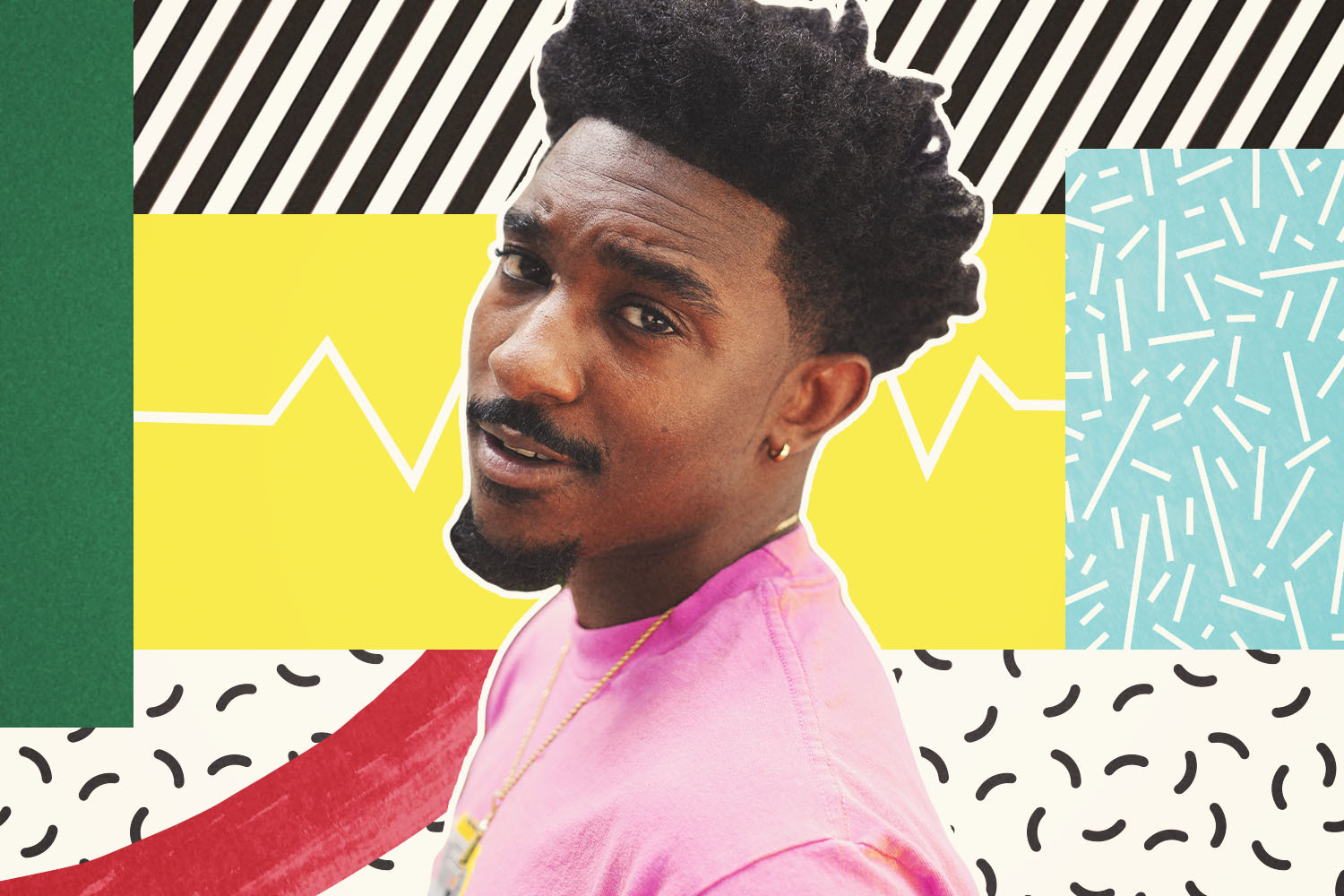 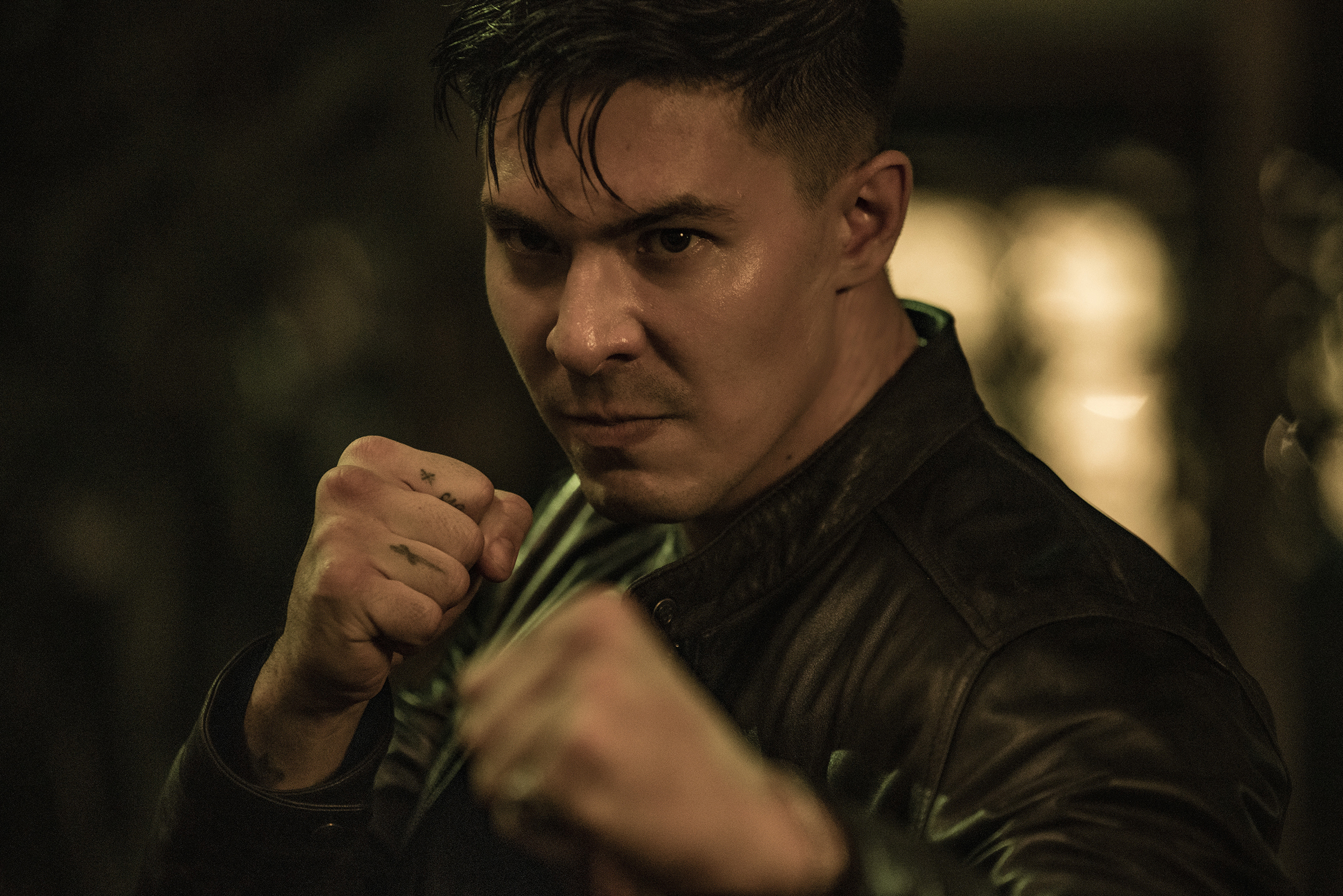 Is It Time for a “Best Stunts” Oscar? A Conversation With Lewis Tan. 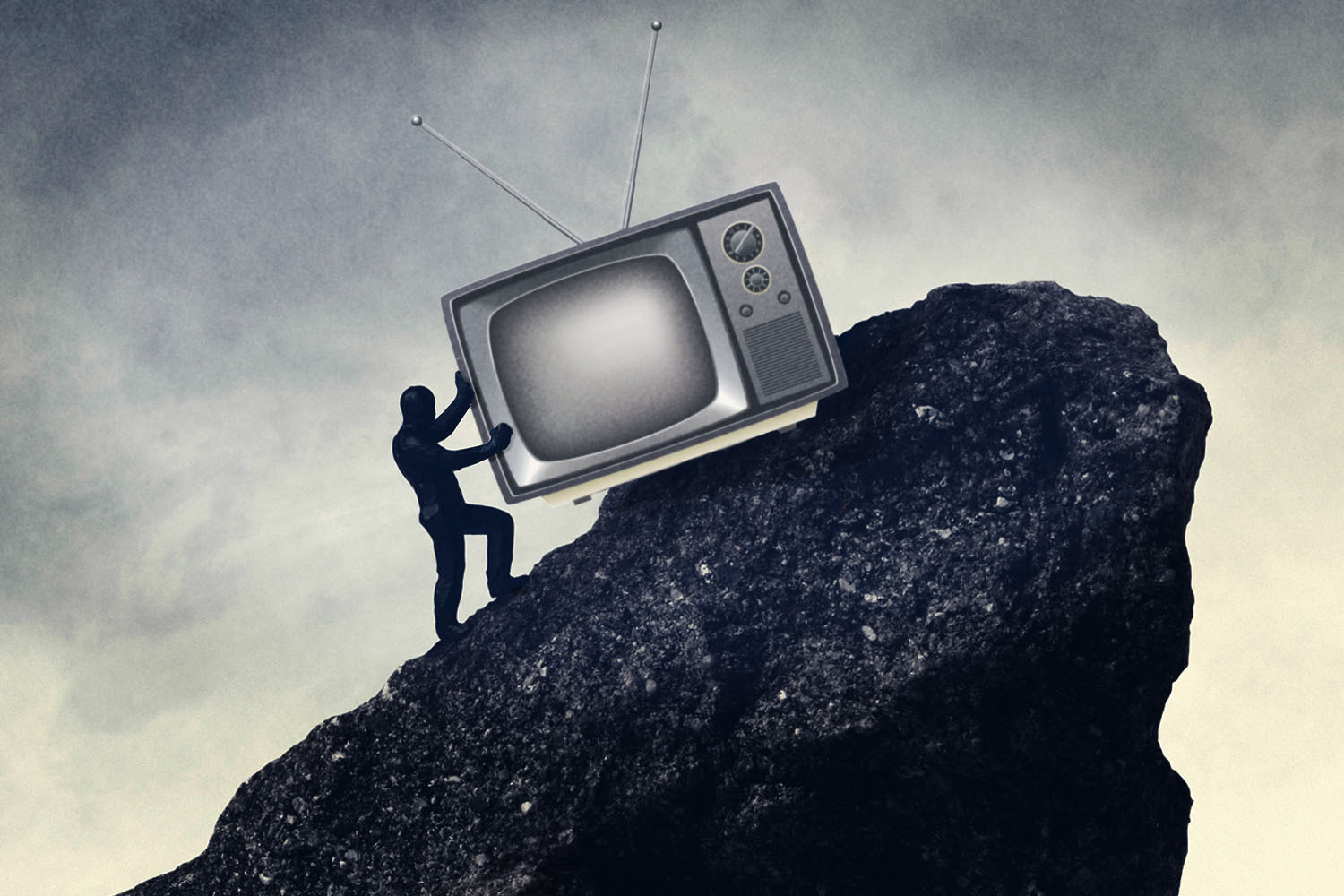